Update on September 28, 2020: Well, it’s official! Amazon has finally confirmed the date for Prime Day 2020, which will take place on October 13-14. That’s just two weeks away, so mark your calendars for one of the biggest shopping events of the year.

On the day of, we will be updating this post with all of the top Prime Day deals for our readers. We’ll also have a few other posts for you to stay up to date on the top Prime Day deals on laptops, TVs, Kindle readers, Echo products and more goodies. Bookmark this page to get the scoop of the best deals of the year. Below, you’ll find our detailed FAQ on the kinds of deals we’re anticipating, along with everything you need to know about this annual shopping event.

Remember to sign up for Amazon Prime to take advantage of the best deals. You can head to Amazon to start your free trial before the big day.

Everything You Need To Know About Amazon Prime Day 2020

We’re edging closer and closer to Amazon Prime Day 2020 and ambitious online shoppers are waiting on pins and needles to see when the day will come, and what the savings will be. While earlier this year we thought Prime Day was going to take place as planned in July, it has been postponed until October 13-14. That means shoppers will have 48 hours this year to find the best deals.

For Amazon Prime Day 2020, the company has promised customers more than 1 million deals. Customers can save big on products from popular brands like Keurig, Under Armour, Ring, Coleman, Marvel and more.

In addition, Amazon is making a big commitment to support small businesses that are struggling in the ongoing financial crisis caused by COVID-19.

“This Prime Day, Amazon is increasing its commitment to small business selling partners by designing Prime Day to support them with its biggest small business promotion yet,” the company wrote in a recent press release. “Amazon is investing more than $100 million throughout the holiday season on new promotional activities to help small businesses around the world and enabling hundreds of thousands of smaller companies to sustain and even grow their sales despite the COVID-19 crisis and beyond.” 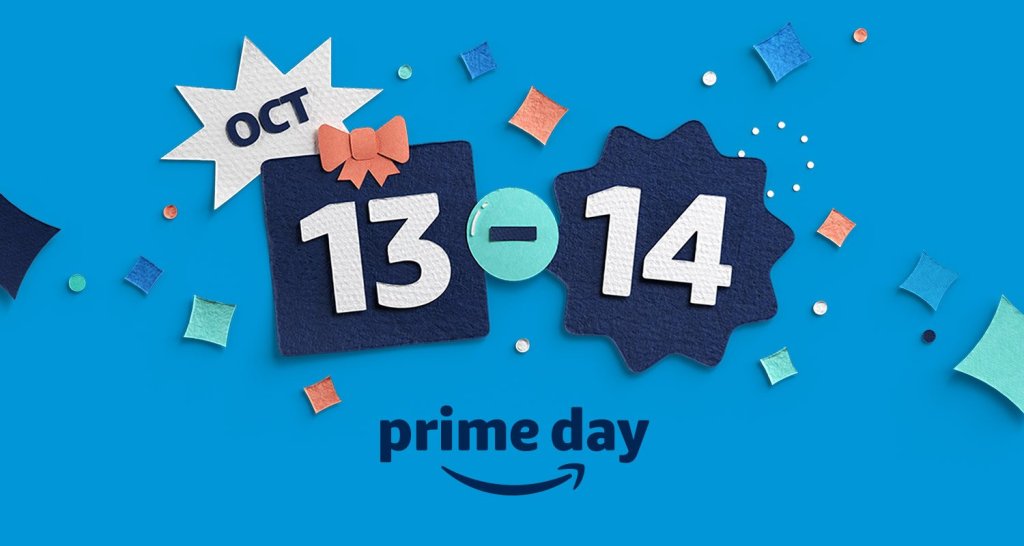 Amazon’s annual event has grown to become one of the biggest online shopping days of the year, right next to Black Friday, Cyber Monday and even Nordstrom’s Anniversary Sale. We don’t know exactly how much money Amazon made in 2019, but we do know the company saw billions of dollars in sales in just 48 hours. Amazon shoppers also spent $2 billion at independent small and medium-sized businesses who list products on Amazon, according to Jeff Bezos.

Details on the best Amazon Prime Day deals of 2020 remain scarce at the moment, though based on Amazon’s track record, we have some strong predictions on what to expect this year. From brands to watch to hot sellers and discounts, here is everything you need to know about the sixth annual Amazon Prime Day.

What Is Amazon Prime Day?

Amazon Prime Day originally started in July 2015 as a celebration of the company’s 20th-anniversary site launch. As part of Amazon Prime Day, the company announced a one-day sales event for Prime members that was to be “one of the biggest deals extravaganzas in the world,” according to then-Amazon Prime VP, Greg Greeley. Over the years the event has expanded from a 24-hour event to a 48-hour sale that takes place in countries all over the world.

Do I Need to Pay for an Amazon Prime Membership?

Technically, no. You can sign up for a 30-day free trial and still shop for Amazon Prime Day deals. Those who want to join can purchase an annual membership for $119 per year ($12.99 monthly), while students and anyone with a valid Electronic Benefits Transfer (EBT) or Medicaid card can purchase a membership for nearly half the price. A membership grants you access to a plethora of Amazon services (e.g. Prime Video, Prime Music, Whole Foods) and other special promotions throughout the year.

COVID-19 has already affected this year’s Amazon Prime Day deals. The event itself was delayed from July to October. With numerous retailers being affected by the nationwide pandemic, a recent warehouse worker strike, and a global recession that experts are claiming “is not a one-quarter event,” there was a lot of uncertainty surrounding this year’s event. However, due to malls and many department stores still being closed online shopping is having quite the moment mid-pandemic. Now that Amazon has confirmed the date, we don’t expect any further postponements.

The Best Amazon Prime Deals to Expect in 2020

Starting October 13, we expect to see more than 1 million Amazon Prime Day deals across all major shopping categories. This includes tech, style, home and kitchen appliances, fitness, security, beauty and grooming, and gear. Let us not forget Amazon’s own devices as well.

If you don’t want to miss out on the best Amazon Prime deals this year, make sure to bookmark this page to be up to date on the latest deals. As soon as we have more information, we will be regularly updating this page with deals based on category, price, and popularity.

The most popular (and most marketed) Amazon Prime Day deals usually come from the company itself. Amazon devices are already sold at affordable prices. However, items like Amazon Fire TV Stick, Echo smart speakers, Kindles and Fire tablets receive even bigger discounts during this sales event.

It’s also worth mentioning the company held a huge sale on certified refurbished gadgets a month before Amazon Prime Day in 2019 This allowed consumers to purchase first-gen models (e.g. Amazon Echo Plus, Fire TV Stick with Alexa Remote) for even less. That’s something to consider if you to want to save a little more on Amazon smart home products.

Fire TV Sticks sell like hot cakes all year round and always sell out on Amazon Prime Day. Why is that? Amazon slashes the price by up to 50%, dropping the product down to $25. It’s an unbeatable value for any 4K media streaming device. 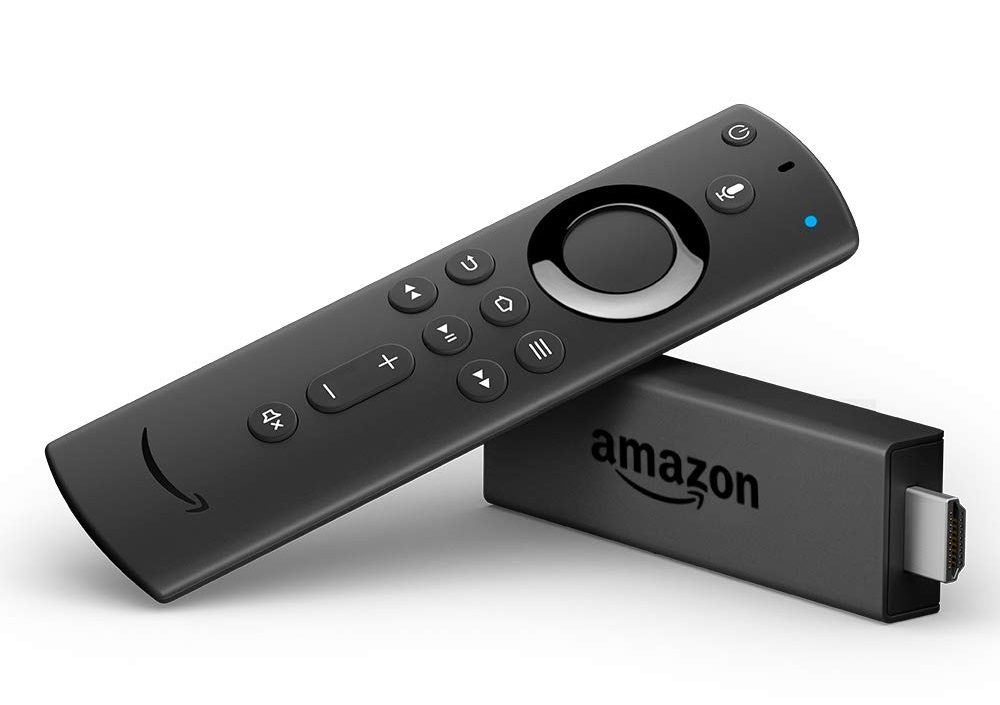 Did you forget Amazon also owns the popular security camera company? The Ring Video Doorbell remains one of the most popular tech products, especially for homeowners looking for an entry-level, easy-to-install home camera with plenty of features. It’s currently listed for $250, but last year’s sale brought that price down significantly, which is likely to happen again. 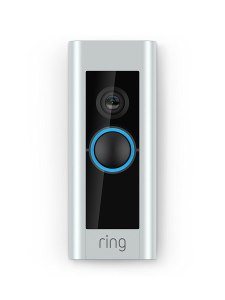 Amazon’s smart speaker is another one of those products that flies off the shelves. Originally priced at $50, it went down to $25 last year, which is what we’re anticipating again for APD 2020. Don’t be surprised to see the Echo Dot with Clock up for sale as well. 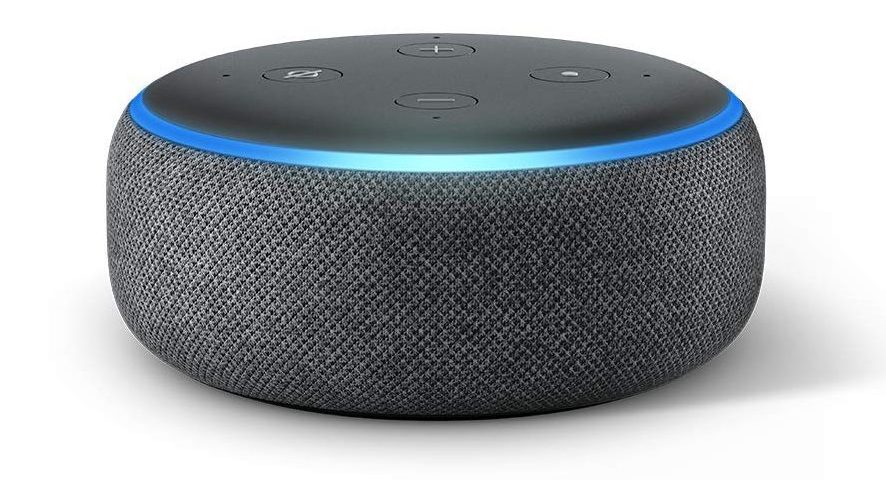 Another Amazon-owned company, Eero’s advanced wi-fi routers are great investments for those who want fast and reliable wireless performance at a low price. Prime members were able to save up to 50% off on these wi-fi systems last year and that’s probably not going to change for this upcoming Amazon Prime Day. 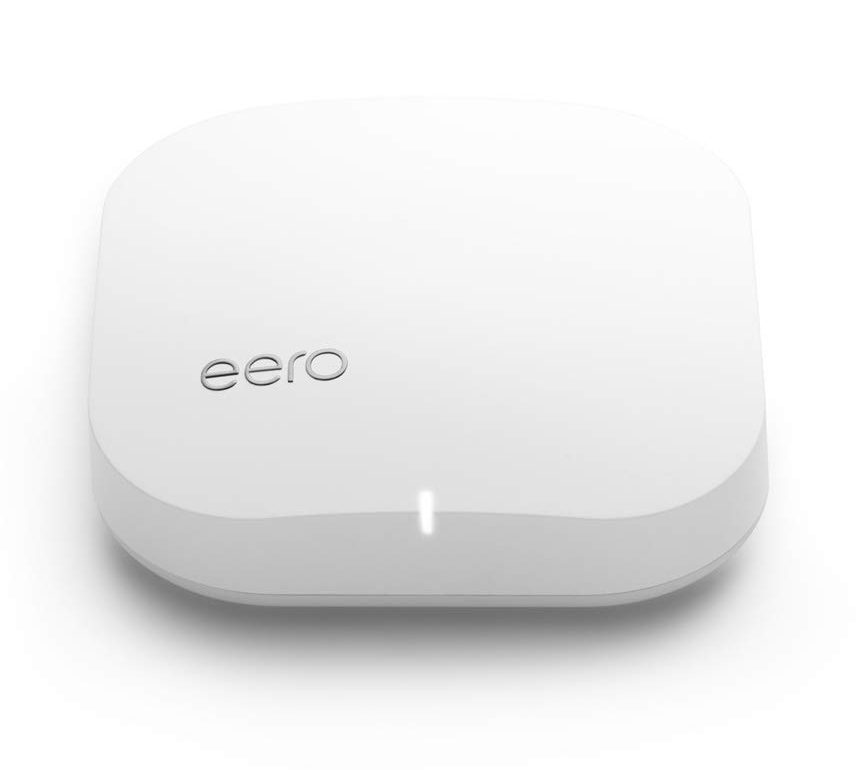 Any of you looking to upgrade your Kindle to the latest model may have the best chance to do so at a lower cost come Prime Day 2020. The Kindle Paperwhite is already relatively affordable at $130, but if you can get the e-reader for cheaper, go for it. 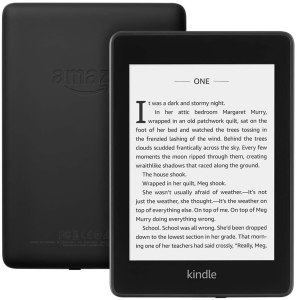 Consumer electronics has been the leading product category purchased during Amazon Prime Day for the past few years. Some of 2019’s top sellers are still considered the Best Tech Gifts of 2020, from Android smartphones to fitness trackers and noise-canceling headphones. That trend won’t change come APD 2020.

You’ll find many Bose products discounted for Amazon Prime Day, but those deals usually exclude the company’s popular noise-canceling headphones. However, there’s a chance its two biggest moneymakers — the Bose 700 and QC35 II — receive generous discounts in 2020. We’ve already seen it this year with the 700s. If we’re lucky, it may happen again, only on both models this time. 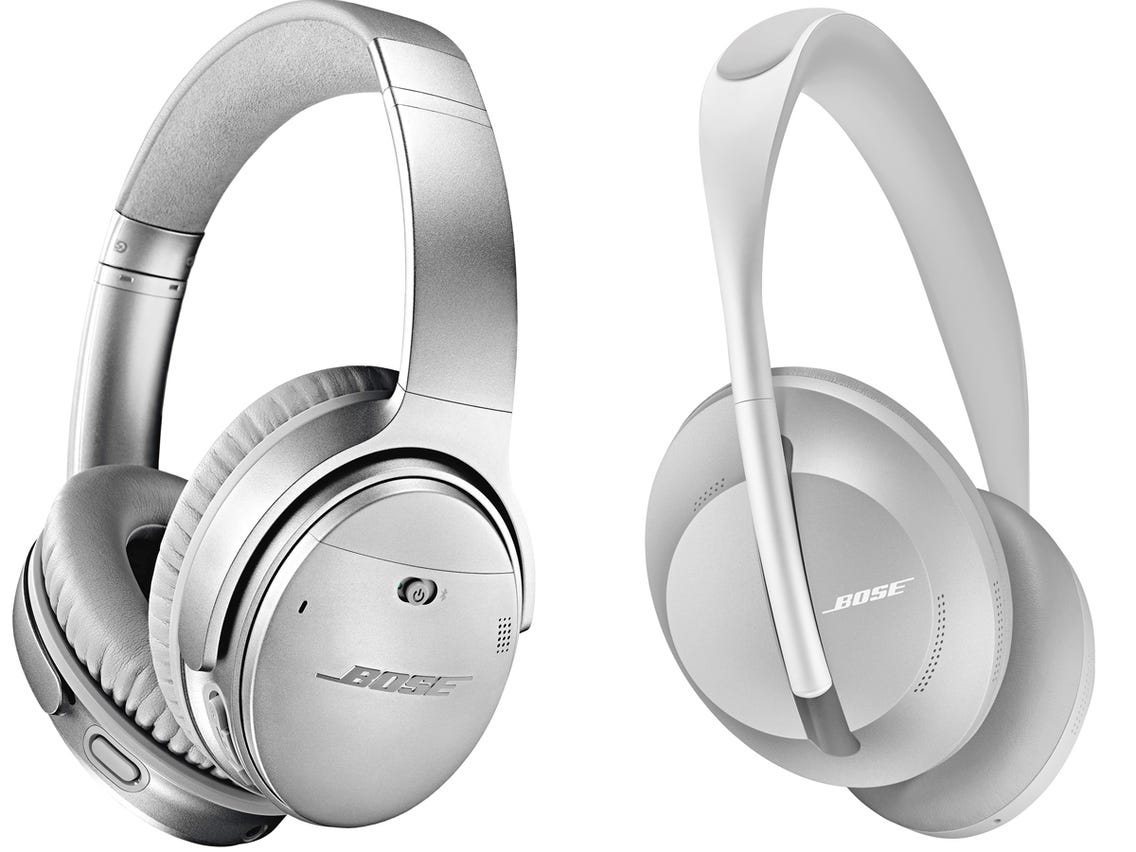 Now that the Fitbit Charge 4 has been officially announced, all signs point to the Versa 2 receiving a small price drop on both standard and special edition SKUs. If not, then it’s a foregone conclusion that older models like the Alta HR and Charge 3 will take on even lower price points. 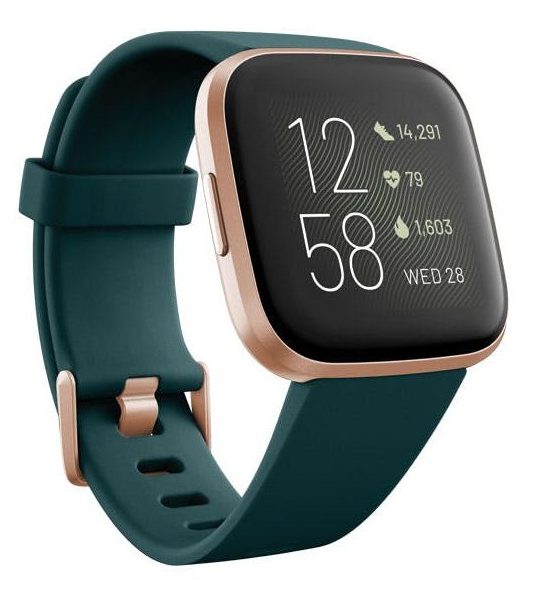 With Samsung’s focus completely shifted towards newer releases like the Galaxy S20 and Galaxy Fold, everyone’s favorite smartphone/tablet hybrid could be available for cheaper heading into the summer. Should you be looking to upgrade your Android phone to something bigger and more powerful, then keep the Note 10 or Note 10+ in your shopping cart. 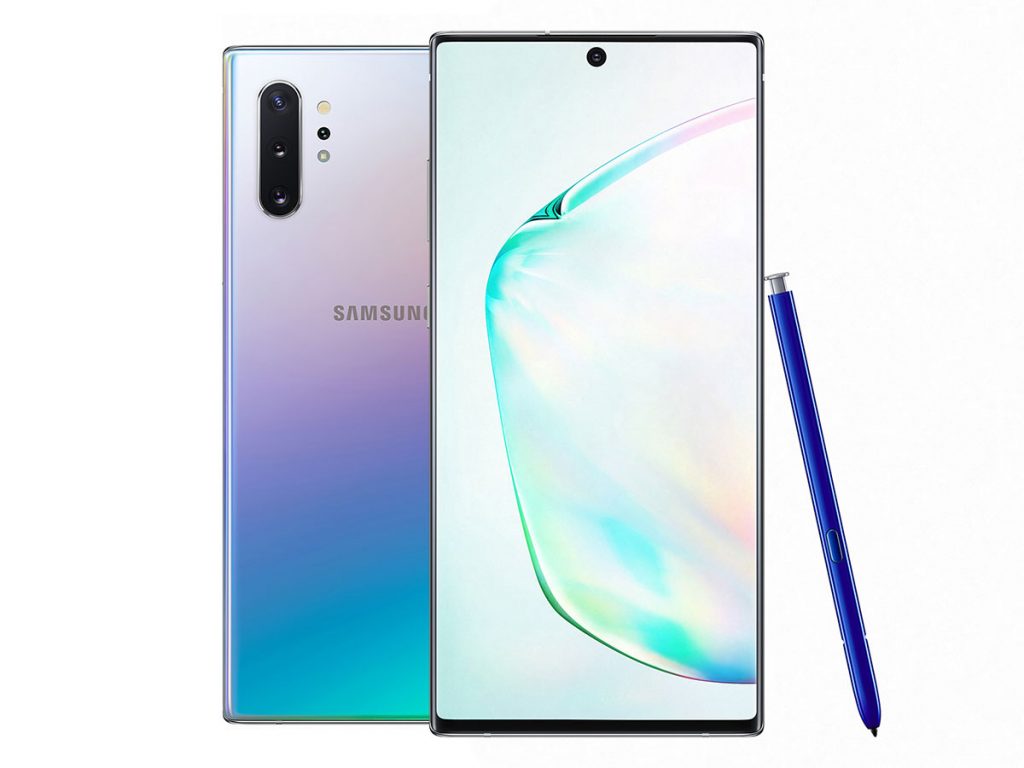 The summer is always a great time to upgrade your home and kitchen appliances. Whether it’s a top-notch air fryer or a robot vacuum, Amazon Prime Day offers a ton of deals from the most trustworthy household brands.

Nothing beats making your own coffee, especially when companies like Breville make it a seamless task. Two of its most popular coffee makers — the BDC400 and BDC450 — were available for 50% during Amazon’s limited-time Lightning Deals last year. We can see the same happening this year, so make sure to set up your notifications in the Amazon app before missing out. 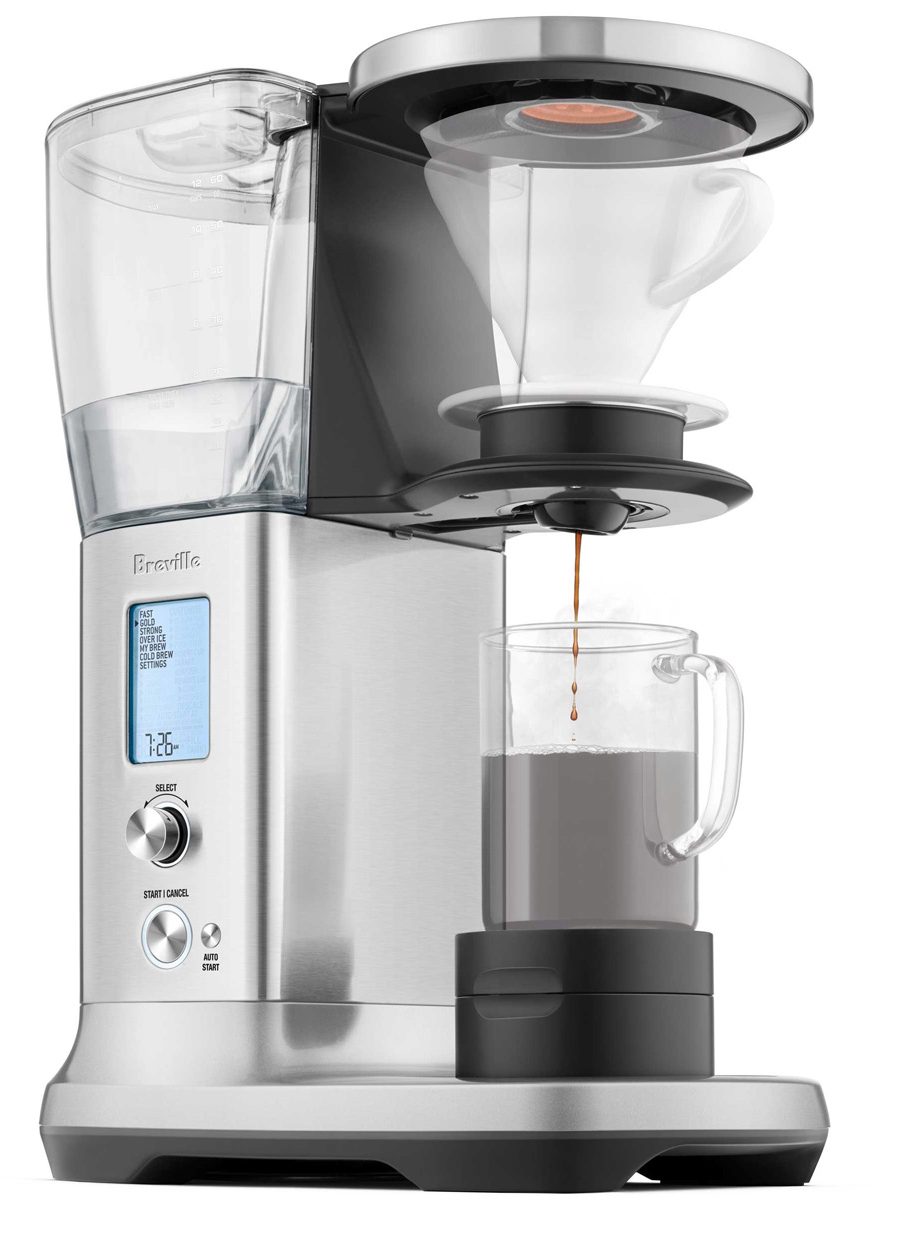 It’s no secret that Dyson vacuums come at a premium. With that also comes the recognition of being the best in the biz. So, if last year’s deals resurface and you see either the Dyson Ball Animal 2 Total Clean Upright Vacuum Cleaner (25% off) or Dyson V7 Animal Pro+ Cordless Vacuum Cleaner (34%) on sale, add one of them to your cart ASAP. 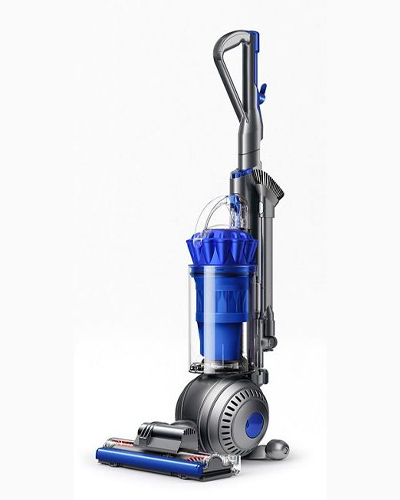 There are tons of air fryers available on Amazon, but should you want a top-of-the-line model that’s relatively affordable, then make it the Ninja Foodi. Anyone who snagged this beauty during last year’s APD deals got it for $100 less, and with five different models available, we predict at least one will be heavily discounted. 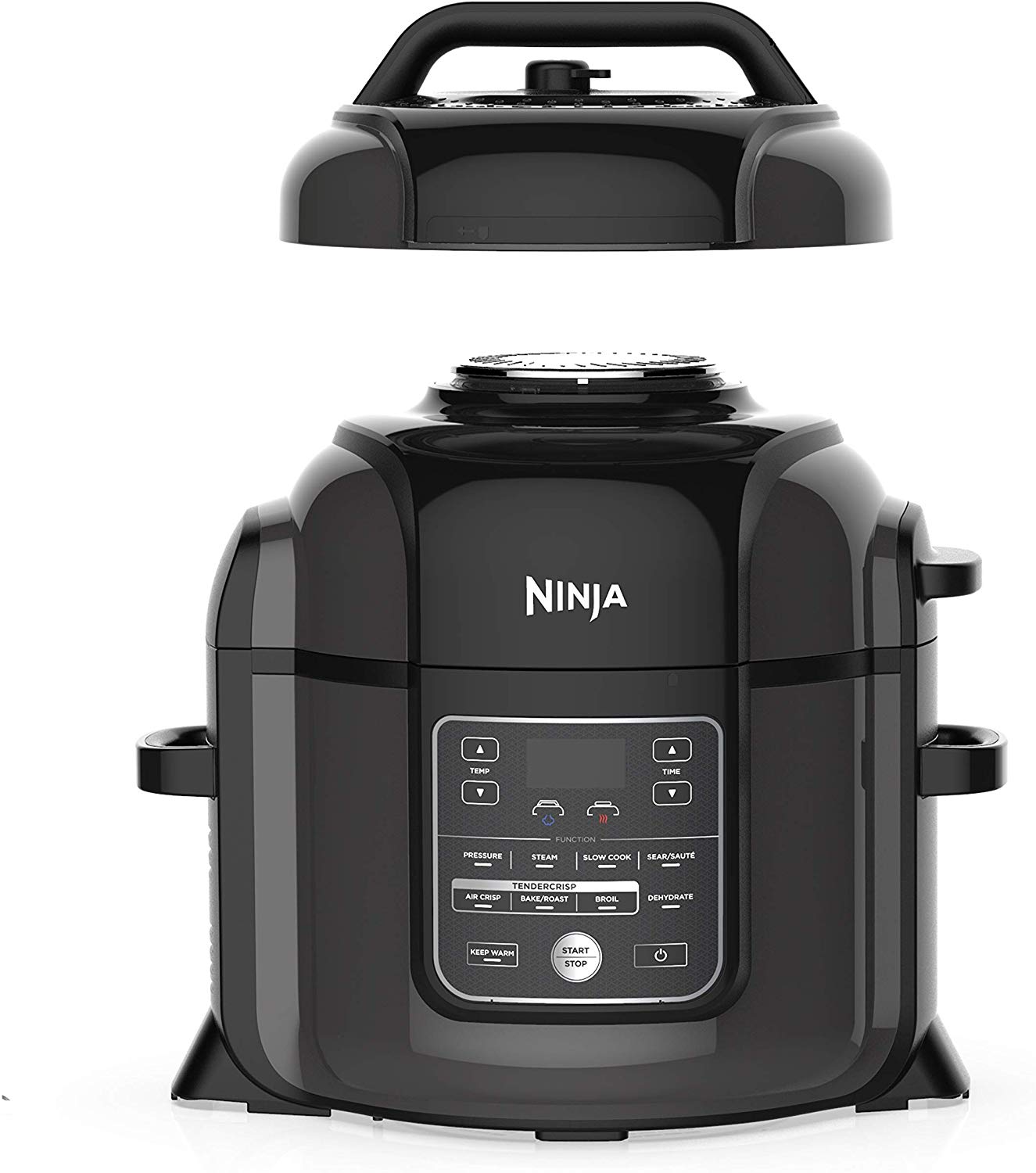 The personal care market is huge for both men and women with many of the top-selling products on Amazon being heavily discounted for Amazon Prime Day. That list consists of the best colognes, deodorants, electric shavers, hair styling products and smart toothbrushes from legacy beauty and grooming brands.

Braun sells a few 9-in-1 beard trimmer kits, and while already affordable, they are even cheaper on Amazon Prime Day. How cheap? Let’s just say you should purchase several to distribute amongst male friends and family members. If an electric shaver is more of your style, you could find the Braun Series 9 Electric Foil Shaver for $100 less than its retail price, the same discount as last year. 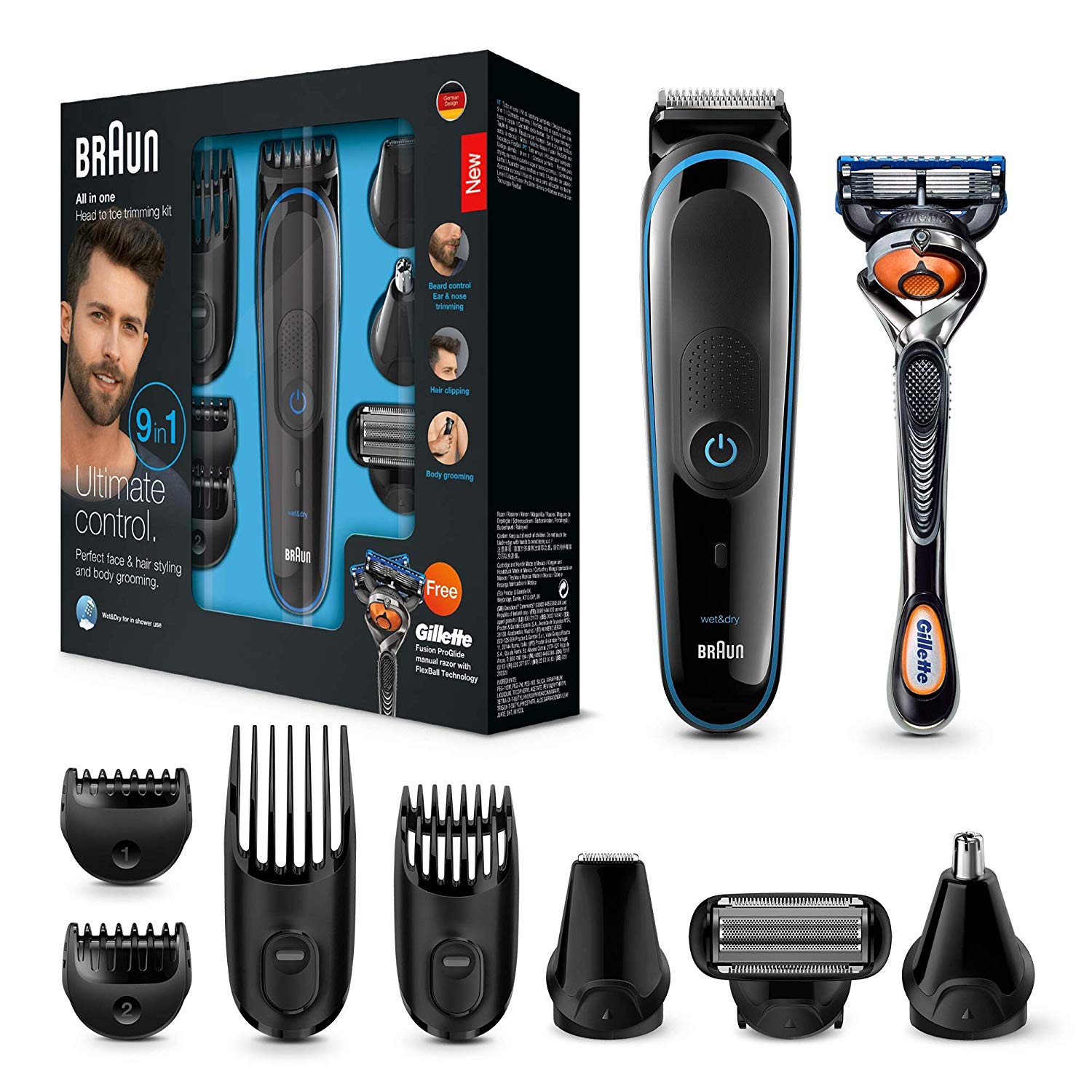 Anyone who’s ever shopped for a premium sonic toothbrush knows they don’t come cheap, which is what made the Philips Sonicare Flexcare a steal at $83 during last year’s event. Philips may decide to do the same again for APD 2020, maybe even discount another model like the critically acclaimed (and pricey) Philips Sonicare DiamondClean Smart 9700. 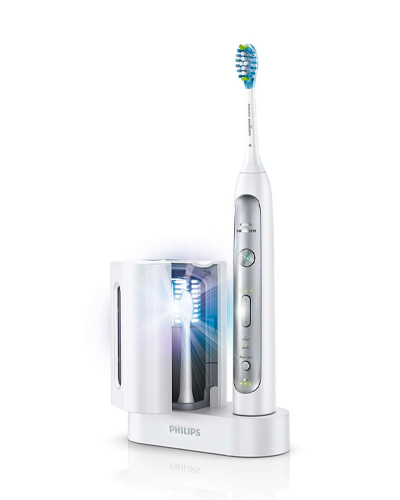