Reading has always been a solace during hard times, and we are living through hard times. That’s why it’s more important than ever to have a good book close at hand. Reading can be a distraction, a coping method for anxiety, or purely entertainment.

Previously, we wrote about some of our favorite short and sweet books to read under quarantine, but what if you’re looking for something a little darker to match your present mood? We’ve come up with a list of some spectacular end-of-world themed books to inspire you through these times of isolation. This might be a heavy topic for some, and if so, check out our other reading lists. But if you’re into alternative fiction, check out one of the best apocalypses novels. Another bonus idea: start a digital book club with your friends and make it a party.

Happy reading everyone, and stay safe.

The Plague by Albert Camus

Set in the 1940s in the coastal town of Algeria, a plague strikes a city killing 500 inhabitants a week. Camus writes the perspective of every individual, from doctors, to vacationers, to fugitives. No one is safe from this illness, and he goes on to explore how humanity reacts to such trying times. Who will survive is not the question, because Camus knows there is a plague inside of us all. Camus is one of the greatest modern writers, and this novel regularly tops lists of the best apocalypse novels. 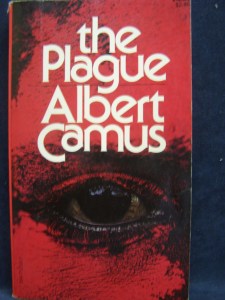 2. Love in the Time of Cholera by Gabriel Garcia Marquez

With lovesickness being a stand-in for cholera, Garcia Marquez takes us on a journey between two lovers in an unnamed port city on the Caribbean Sea. Here we have Fermina, who has fallen in love with Florentino, but upon sending letters of their undying devotion, Fermina realizes it was all nonsense, a childish dream, and rejects his hand in marriage. She turns instead to Urbina and enters a predictable marriage until he falls from a ladder and dies. The novel is not apocalyptic in the literal sense; it’s more of a metaphor for a time of crisis. Nonetheless, this novel is worth reading for its language, structure and undeniable pleasures. 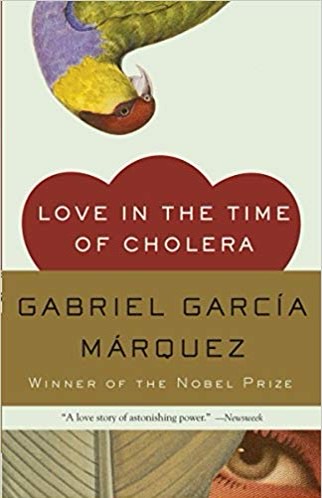 Love in the Time of Cholera

3. The Stand by Stephen King

Stephen King is known as the master of modern horror, and he doesn’t disappoint with The Stand. The story starts just as a government-created virus is accidentally unleashed on the world, killing 99% of the world’s population in a matter of weeks. We see the virus go from patient zero to total global devastation. However, the novel mostly concerns itself with the aftermath of this pandemic, as survivors band together to face a supernatural evil. As we meet the main characters — a young deaf man with natural leadership abilities, a college professor, a pregnant woman, a high school outcast — we come to see they are all dreaming of Mother Abigail, a 108-year-old woman who becomes their spiritual leader. Meanwhile, other survivors are dreaming of a mysterious “dark man,” who is gathering in Las Vegas with his own followers. As these two tribes begin to plot against one another, the stage is set for an epic post-apocalyptic confrontation of good versus evil. 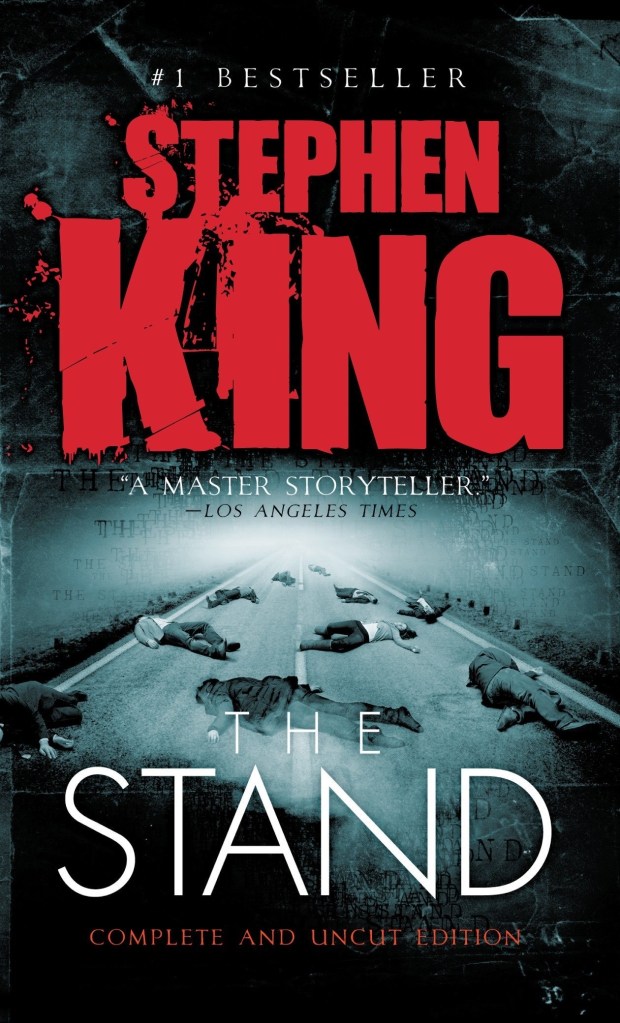 Zombies are always a favorite of the post-apocalypse genre, but what happens when the story is told from the perspective of a child… zombie? Still cognitively functioning, zombie children are kept locked up but still forced to learn at school. As teacher Helen Justineau begins to sympathize with Melanie, the most precocious of the children, an attack befalls Hotel Echo, their stronghold. As Helen rescues Melanie, keeping her hands locked up in bindings, she is torn between the moral obligations of her work and her new undead charge. Why did she save this child if she (it?) could kill others? Trapped in an armored van together, the duo takes off in search of survivors, and we learn more about Melanie and Helen’s relationship and what the future holds. 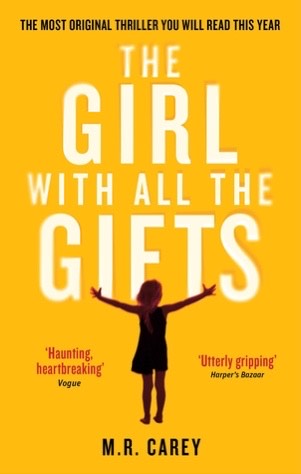 The Girl With All the Gifts

5. World War Z: An Oral History of the Zombie War by Max Brooks

World War Z starts at the end of the apocalypse, after the zombies have won and most of the world is dead. A humanitarian crisis now, the government has banded together to form the UN Postwar Commission and gather survivors’ tales for prevention of another outbreak. What makes this a remarkably different book is Brook’s eerie insights into the economic, geopolitical and environmental disasters that threaten every single society. It is fascinating to read his vision of multiple struggles around the world, and we see his skill when he narrows in on each individual life and how the Zombie War has affected that person. And when you’ve finished the book, there’s nothing like another zombie film to get another thrill. 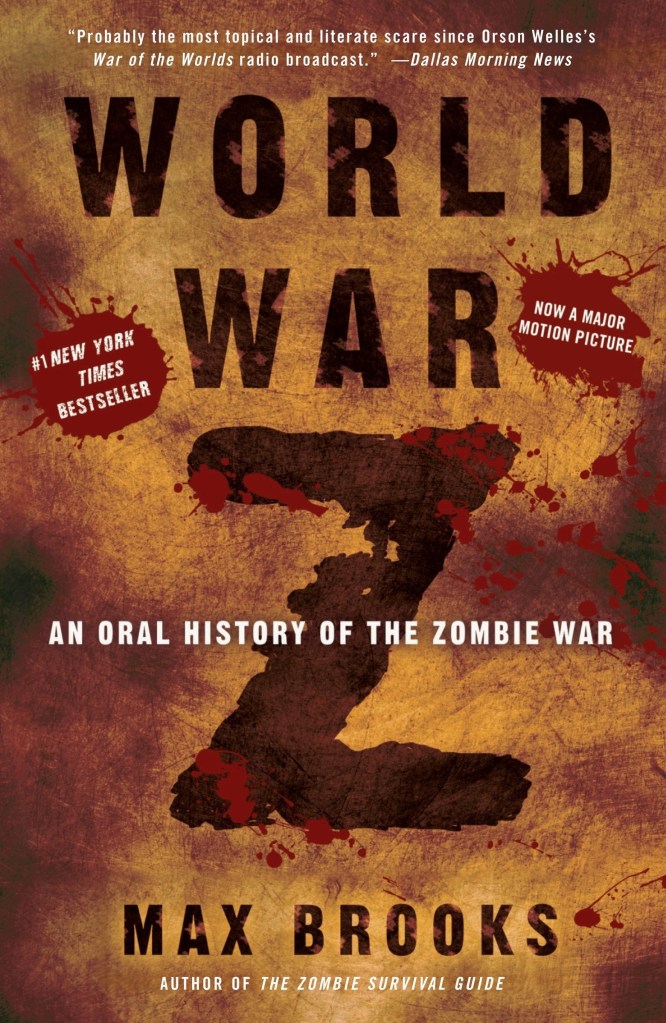 Told in interweaving segments before and after the “Georgian flu”, a replica of the 2009 swine flu epidemic, we follow Kristen, a child actor, as she discovers the world. Having joined a theatre troupe in a society devoid of any art, we follow her across the country as she steps inside museums filled with relics of the past, such as iPhones and graphic novels. Told differently from the usual horror or sci-fi drama of an apocalyptic world, St. John Mandel writes about the human spirit that lies within all of us, even at the worst of times. This may be the most consoling of our choices here, because of its thoughtful prose and optimistic view of human nature. 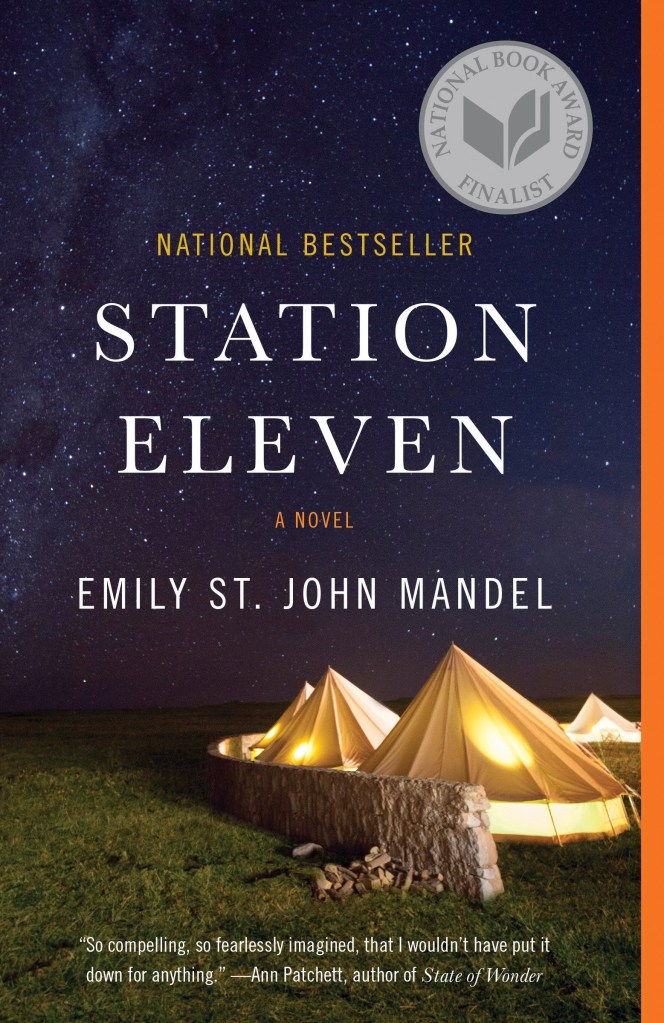 7. A Clockwork Orange by Anthony Burgess

In this famous novel, the narrator Alex decides to mutilate and murder a couple in their home with his lads. The aftermath of his gruesome actions take up the rest of the story, as his gang turns on him and he is convicted of murder. Burgess says he wrote the novel in a feverish three weeks, a tale built on the futuristic youth subculture of ultra-violence, and written in its own unique slang. Taking words from Russian slang Nadsat, Burgess writes of the 15-year-old boys as “droogs” and unleashes them on a world of his making. Perhaps this wild society will give you respite from our own uncertain times. 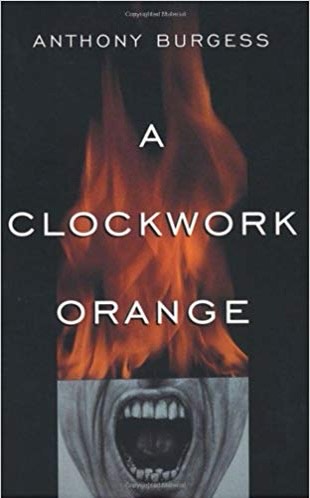 8. The Road by Cormac McCarthy

One of our best books for men, The Road is the harrowing journey of a father and son crossing North America after a society-ending disaster. The duo is desperately seeking a warm shelter before the upcoming winter, and a sense of immediacy flows. McCarthy writes about a burned earth, where all life has vanished from an unknown apocalypse. The father and son find bodies eaten by cannibals, are harassed by gangs, and must learn to care for each other. The father teaches his son how to shoot himself in the head if they are found by the cannibals, how to find food, and how to survive in this haunted landscape. This world has been destroyed, and the father is dying. He knows he can only care for his son for a short time, and as the novel progresses, the bond between them shines off the page. Winner of the Pulitzer Prize, McCarthy has written a spectacular tale of strength and survival. 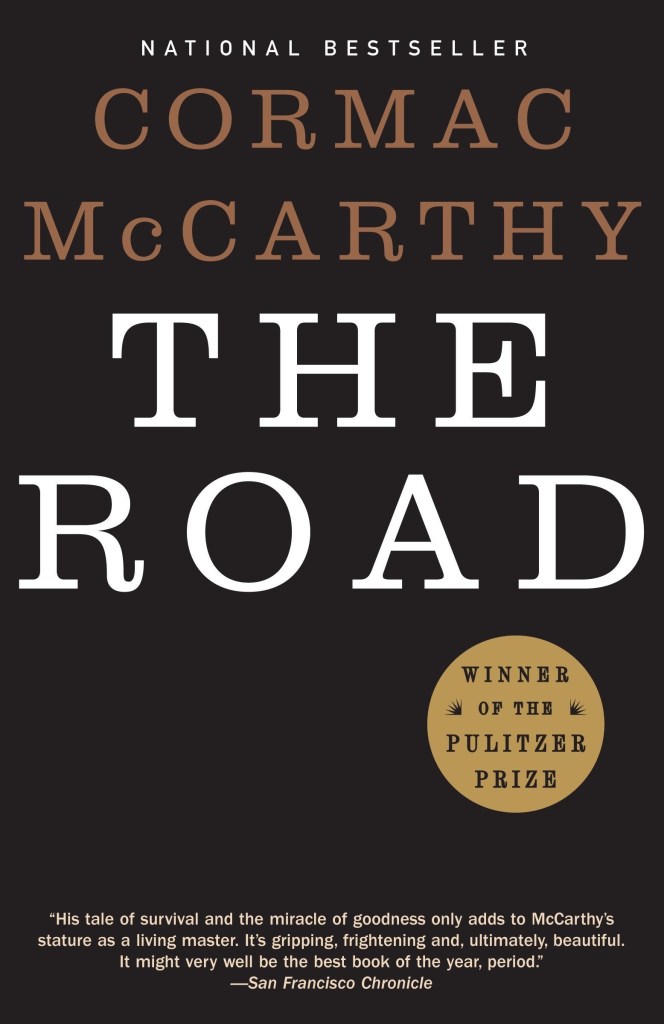 Have You Read All of the 25 Best Books for Men?