There’s nothing on this Earth that quite compares to the taste of a piping hot, fresh, delicious-tasting donut. Our mouths are already watering just by writing that. This one’s going to be hard to get through.

Donuts are some of the most scrumptious treats to exist and we all know it. From the classic chocolate glazed ring to cushy jelly-filled surprises to wildly-decorated frosted friends, donuts are an incomparable dessert option that taste great with coffee and are even appropriate to munch at breakfast. Thank God for that.

Though that bakery down the street always hits the spot, making donuts at home allows for a fun creative outlet for bakers looking to try out some new recipes. Best part about making donuts at home? The donut-making process is also actually pretty simple and tons of fun if you have a Grade-A donut maker. Whether you’re looking to recreate your favorite apple cider donut from that apple orchard when you were a kid or looking for a new hobby that your family and friends can also enjoy, here are the best donut makers to snag for your kitchen.

A mini donut maker that both creates delicious treats and looks adorable in your kitchen? Sign us up. This cutely colored donut maker has the ability to make four mini donuts at once. It comes compact and closeable with a handle for easy transport, so it’s an easy bring along for any family function or as a friends’ game night hors d’oeuvre. Nonstick baking plates don’t trap the donuts when it’s time to slide them out for snacking either, which is a massive plus with no fuss. 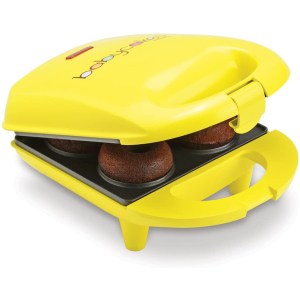 This mini donut maker squeezes seven minis in at once and finishes baking in just a few minutes. The maker comes in a pretty aqua color, so it looks awesome as kitchen decor. It’s also just a one-step setup situation, making it essentially effortless to use. It’s also super easy to clean due to the non-stick interior and wipe away design. 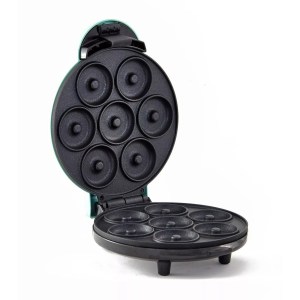 If you do a lot of baking, a donut maker with the capability to do more than just make donuts is right up your alley. This 3-in-1 detachable dessert maker is a versatile donut maker that has the ability to not only make donuts, but also Japanese fish-shaped waffles and tiny pies or quiches by choosing which tray you want to bake with. Impress your friends and family with both your baking skills and shaping skills with the donut maker that’ll do it. 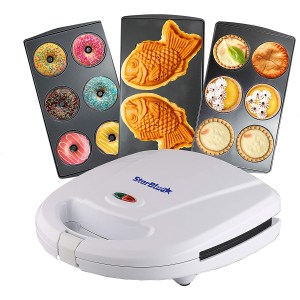 This purple pick has all the bells and whistles you need in a quality donut maker. By baking seven donuts in just a few minutes, this machine will really impress your taste buds. Cleanup is super easy and the maker has preheat indication lighting, so you’ll always know when it’s time to get baking. Try switching up the recipe and using gluten-free or vegan products and make a donut you never thought you could. 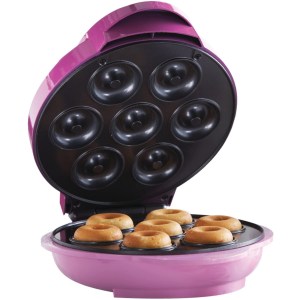 Get cookin’ with the cutest donut maker of them all that’s perfectly decorated for baking sweet treats. The donut-all-over pattern isn’t the only best thing about this machine, it also creates up to seven tasty donuts at a time. The most fun idea we can think of with this one is trying to recreate each individual donut pictured on this maker. We dare you to give it a shot. 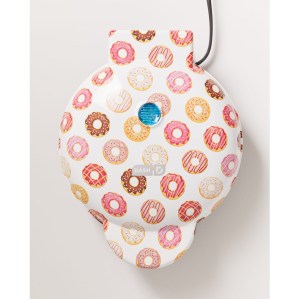 There’s no reason any Friends fan shouldn’t have this novelty in their kitchen. Bless your home with a depiction of the classic Central Perk couch, water fountain and cityscape. Maybe decorate some Friends-inspired donuts or create a coffee donut to commemorate their favorite local spot? The possibilities are endless. 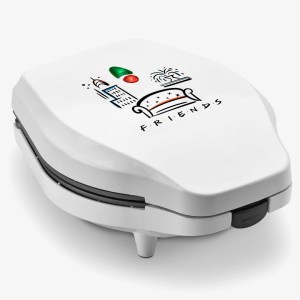 Serving a bigger crowd? The VonShef Electric Mini Donut Maker can bake 12 donuts at once while still being reasonably compact in size. This one is also an impressive alternative to store bought goods for kid’s next bake sale due to the sheer amount of donuts it can make at once. Just a few batches and you’re good to go! 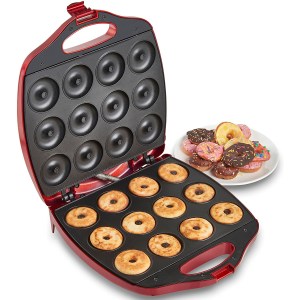 BEST FOR THE OVEN

While this “donut maker” doesn’t necessarily resemble any of our previous picks, like, at all, this silicone donut pan for the oven is amazing because it does something the rest can’t—it creates full-sized donuts. While electrical donut makers don’t have the potential for making larger donuts due to space issues, donuts in the oven can stay true to how they look at Dunkin’. Stick this baby in the oven, add your favorite donut dough and get baking! 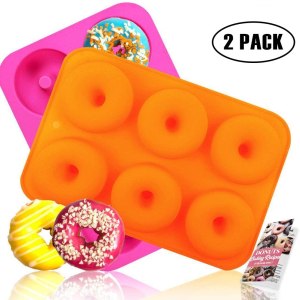 Do You Have a Sweet Tooth for Sour Candy? These Are the Best Sour Candies Out There