They may look like something out of a dystopian detective movie, but there are plenty of good reasons to keep a hidden spy pen on you. The seemingly ordinary fountain pens come equipped with high-tech cameras and speakers that let you snap pics, capture audio and record HD-quality video with the click of a button.

Why would you want a spy pen that doubles as a hidden camera? Here are a few reasons:

You can use your hidden camera pen to quickly and efficiently make a digital timestamp of any specific event. Whether you’re in the market for a spy pen that’s able to capture video at night or prefer a device that’s more on the affordable side, this list has you covered. Keep reading to find the best spy pens for sale right now.

For about $30, the Daretang spy pen can help you catch potential unruly behavior discretely. Through a tiny pinhole in the pen, it records 1080p quality video at 30 FPS. It takes a 32GB micro SD card (not included) and automatically saves your recordings when the device is full. Keep in mind, it does not record sound, only video. 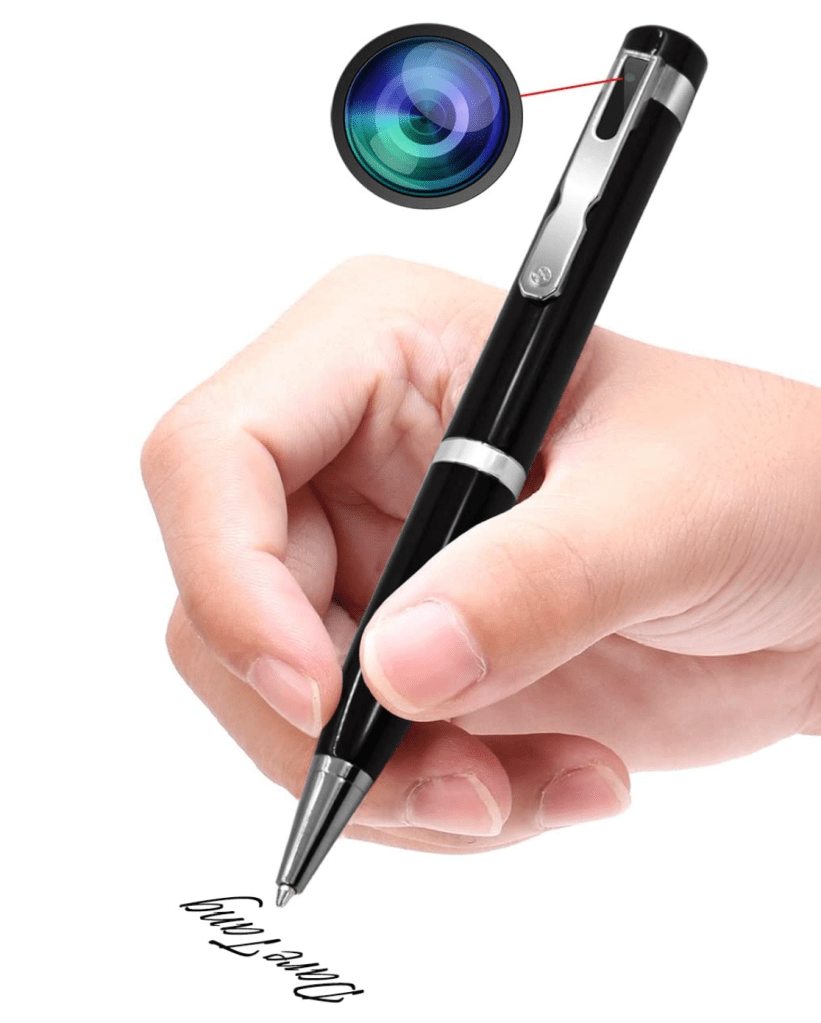 The Spooker hidden camera can secretly take 50 minutes of video on a full charge. Just one click of a button to take video on the down-low, and another click to stop. When you need to simply capture a photo, you can do that, too. With 16 GB of storage and no need for software, all you need is the pen for your undercover detective work. 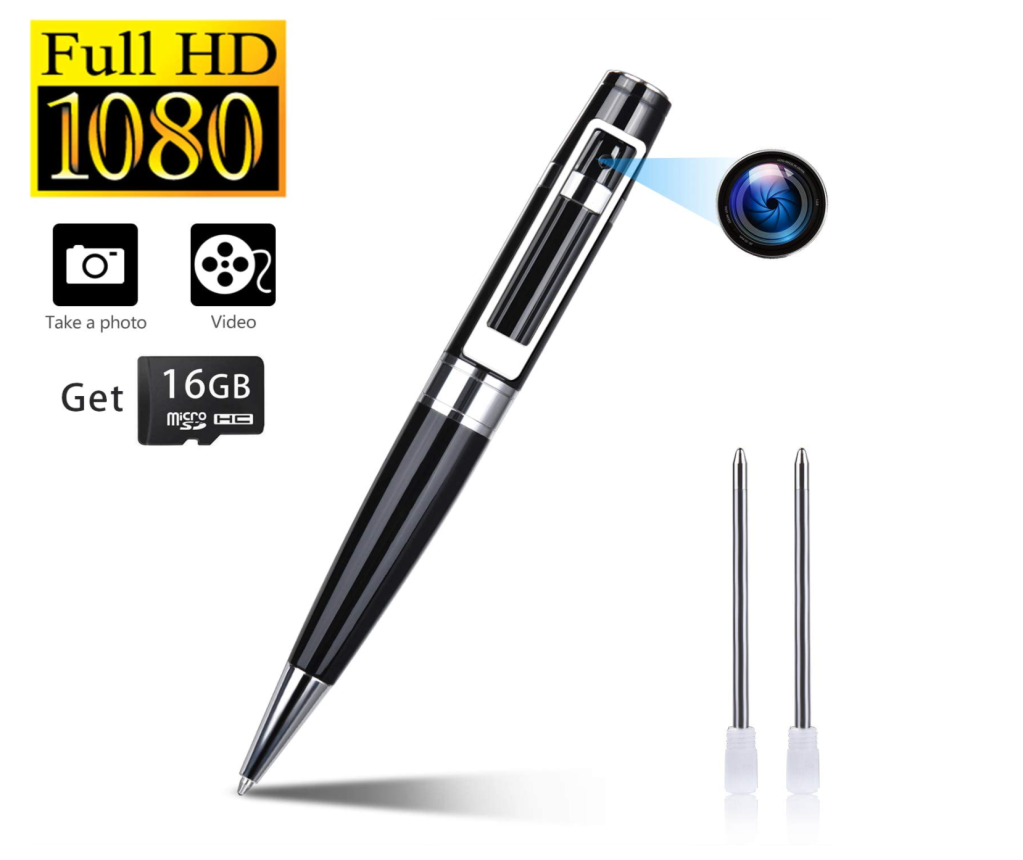 The long 75-minute battery life lets you capture what’s going on in the office or at home while you’re away. And with an included 32 GB memory card and five ink cartridges, you have everything you need to start recording. It takes both videos and pictures with the click of a single button, all while taking 1080p quality recordings. 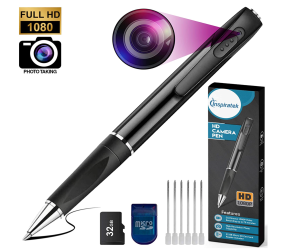 You can get plenty of secret recordings done with the 2.5 hour battery life of this pen. It can even record when it is charging, so you don’t have to worry about the battery dying while recording. Beyond recording video, it’s one of the few pens that record audio as well. All of your audio and video footage is saved to a 32 GB SD card so you can upload the files to your computer when you’re done. 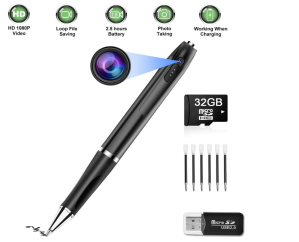 One part pen, one part 1080p hidden camera. The AMCSXK has a photo and video mode that are easily operated by a click of a single button. Since this pen writes so smoothly, you’ll want to carry it on you as your office writer, even when you’re not using it to record. Speaking of which, it records high quality 1080p video, but the SD card to save your footage is not included. 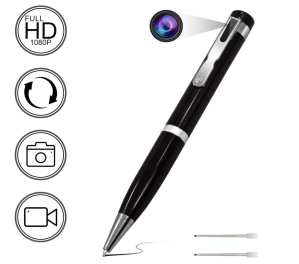 Simple, one-button operation makes the Yumfond Spy Camera appealing to those looking to quickly capture discrete pictures and video recordings. It captures 60 minutes of continuous video, and if the pen runs out of battery before the video is over, it will automatically save what was recorded. All you need to do is unscrew the pen and plug it into a USB on your laptop to download videos and pictures. 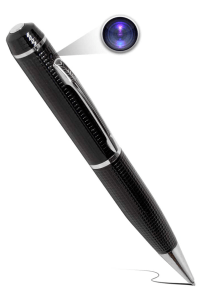 Although the TCTEC pen doesn’t have video recording capabilities, it makes recording audio simple. Just slide the button up to record 220 hours worth of audio, and then slide the button back down to save. You’ll be able to record continuously for 15 hours before it needs a charge. It’s a great, compact audio recording solution for class or work meetings. 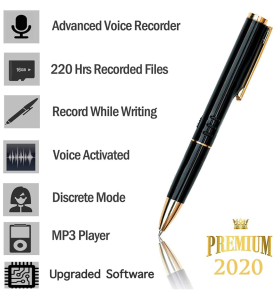 Small, discrete and incredibly handy, the Sirgawain Hidden Camera Pen captures wide-angle 1080p video whenever you need it. Click down on the top button to start recording for up to 70 continuous minutes. When you’re done, plug it into a Mac or PC with the included USB cable and transfer all of your recordings. The icing on the cake is the included five replacement ink cartridges for the times when you really do need a pen. 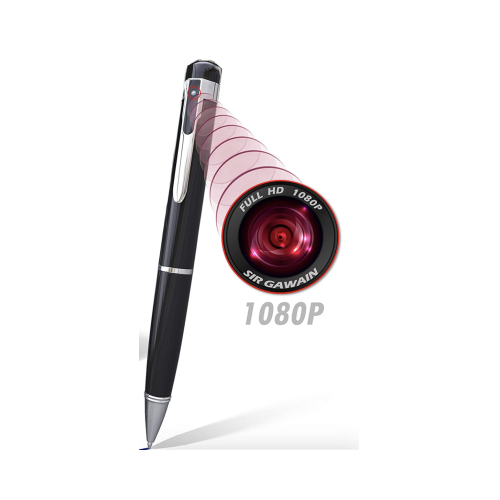 The iMACx Spy Camera holds a 32 GB microSD card to capture a lot of video — roughly two hours worth. And when you need a high-resolution camera, the spy pen takes great pictures as well. Keep in mind, the pen comes with a 16 GB microSD card but you can upgrade to 32 GB if you need the extra space. Also included are three replacement ink cartridges when the multi-functional spy pen runs out of ink. 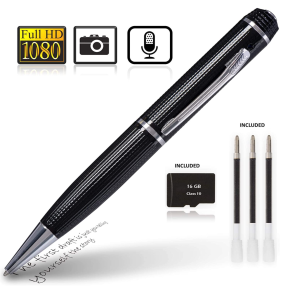