Now and again, a kitchen appliance comes along that changes how people go about cooking. In the age of our parents, that was typically the Crock-Pot, but for millennials and Gen Z, it’s the Instant Pot. Essentially an electric pressure cooker, an Instant Pot is much easier — and even safer! — to use than that intimidating device and yields truly fantastic results in even faster amounts of cooking time.

However, we at SPY pride ourselves as Instant Pot gurus, so we’re here to help you figure out what will work best. Below, we’ve rounded up some of the best Instant Pots on the market to best suit your needs, as well as two other models from brands other than Instant Pot if you’re looking for something else. And once you buy into this worthwhile culinary trend, be sure to pick up one of these steller Instant Pot cookbooks.

For those looking to venture into the world of Instant Pots, the Duo Nova is going to be the most accessible entry model to buy into this trend. With seven different appliance functions, including pressure cooker, slow cooker, rice cooker, and more, nearly everything you could imagine is covered here. Plus, with its six quarts of cooking capacity, you’ll be able to load it full of food and easily meal prep all at once. Once you try it, you’ll never want to go back to cooking with anything else ever again. 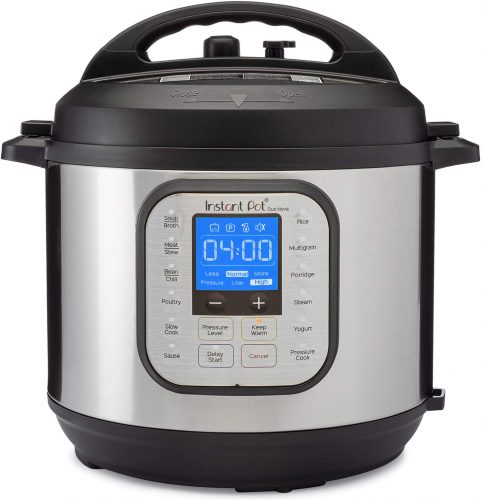 If you’re still not sure about Instant Pots or don’t want to spend a lot of money to begin using one, starting with the Lux model offers a lot for a little. The three-quart model comes in right around $60 and still offers a lot of space for cooking and meal prepping (probably better for one person as opposed to multiple people.) Additionally, the Lux allows for six different functionalities, including a pressure cooker, ricer cooker, saute, steam, cake maker and a warmer. 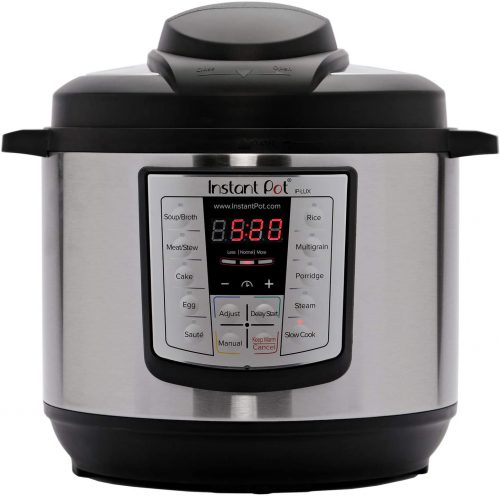 Those who want just a few more features with their Instant Pot right should be sure to check out the Duo Mini. For $10 more than the Lux, you’ll get the ability to turn your Instant Pot into a yogurt maker and get access to 14 different pre-set cooking combinations. The three-quart storage capacity does limit your ability just a bit, but not in a way that will hinder you from being able to make fantastic meals for not a whole lot of money. 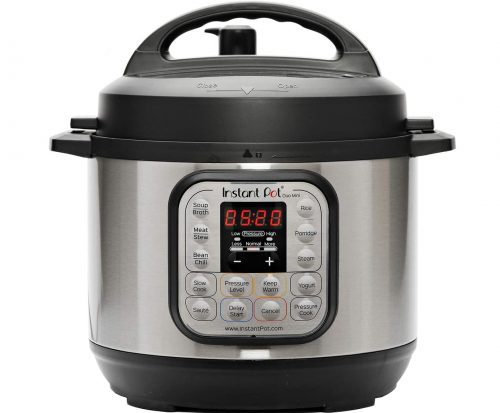 If you’re the kind of person that prefers to go for broke and get the top of the line model right out of the gate, the Ultra model Instant Pot is for you. The Ultra will replace 10 different devices, including your pressure cooker, slow cooker, rice cooker, yogurt maker, egg cooker and more. Plus, the Ultra includes a special microprocessor to ensure your food doesn’t get overcooked at any point based on the settings you’ve provided. And the LCD screen makes it easy to see what your settings are right at a glance. 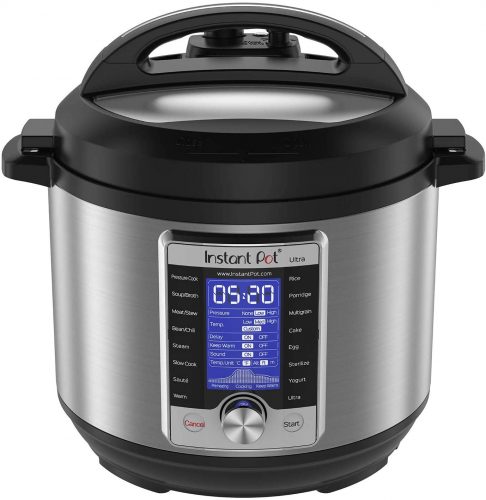 If you want to fry your food but don’t want to deal with the dangers of hot oil or to have your kitchen overheat from extended stovetop or oven use, an air fryer is certainly the way to go. And few air fryers are better than the Duo Crisp Instant Pot. Whether it’s fried chicken or french fries, the Instant Pot’s EvenCrisp technology ensures a tender and crispy bit of food every time you use it. Oh, and it still manages to pack in all the other functionality you’d get from a standard Instant Pot, making it the most versatile model offered. 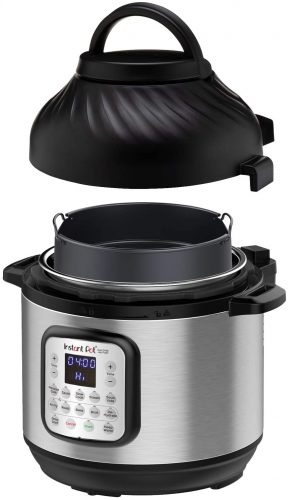 If you’re already very used to the Instant Pot experience and are looking for a new model with extra features, the Duo Plus is worth the extra money. With a six-quart capacity, it’s great for bulk cooking and combines nine appliances, including a pressure cooker, a slow cooker, a saute pan and more. Additionally, presets help you to make the experience of cooking even easier. 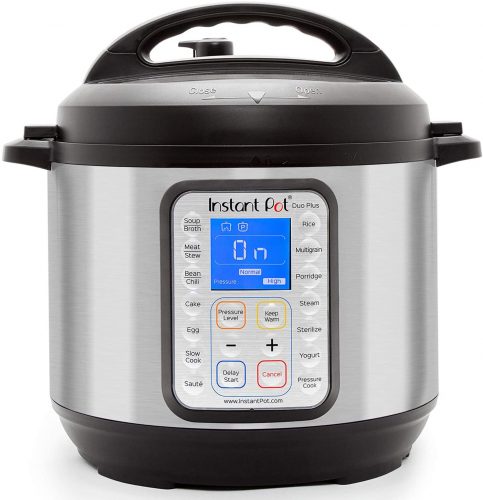 If we haven’t communicated it enough throughout this article, Instant Pots are deeply effective at making good food quickly. But sometimes you might want to make food and hold onto it for future use. Fortunately, the Instant Pot Max is the model to use when preparing food to be canned for later use. The 15psi pressure cook setting sets you up nicely for home canning, which means you’ll be prepped with food for when the time arrives. Plus, you’ll still have access to all those other great cooking settings you’re typically used to seeing on other Instant Pot models. 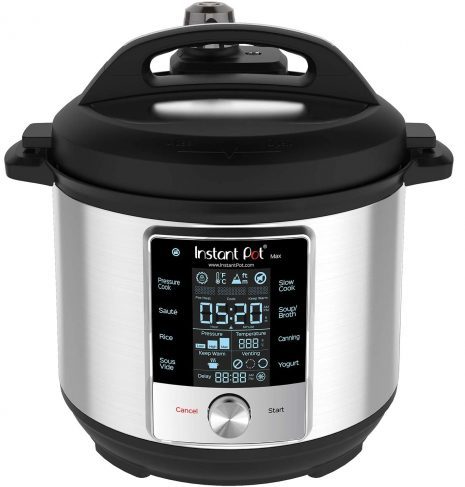 Instant Pots are already, well, pretty instant when it comes to cooking your food — but that doesn’t mean you can’t make food prep even easier. As evidenced by its name, the Instant Pot Smart WiFi allows you to cook food over WiFi via the Instant Pot app or with Amazon Alexa control. That means eight different functionalities are not only at your fingertips but also within shouting distance of your voice for you to control to suit your busy schedule. 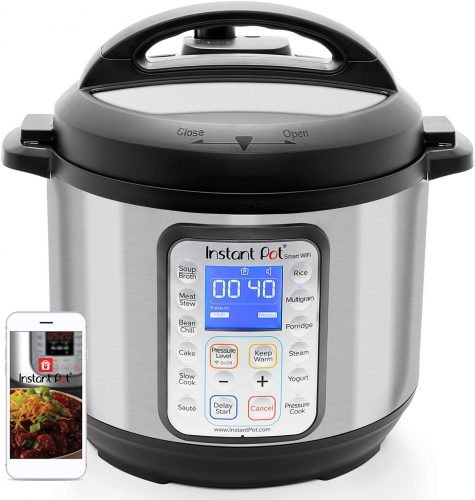 Technically all Instant Pots can be used as a Crock-Pot replacement with their slow cook setting, but the Instant Pot Auro Pro looks the most similar to that special kitchen appliance. A 24-hour delay start can help you set the time for when you want to cook while the unit itself provides plenty of storage space for whatever you’re intent on making. And with its roast or bake settings, the possibility of what you can make in the Aura is only as limited as your imagination. 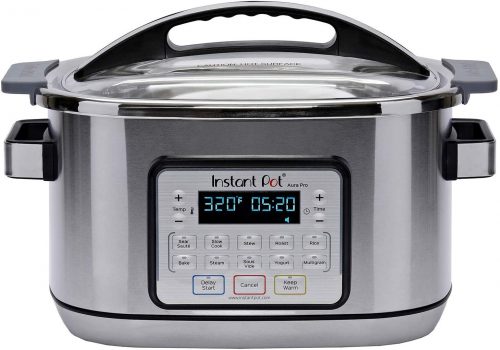 Not every single house or apartment or living space is always guaranteed to have access to an oven. And buying one is often quite a purchase. Luckily, the Instant Pot Vortex Plus can fill that void pretty elegantly. Through its air-fryer capabilities, the Vortex Plus is capable of achieving the same textures and tastes you’d find in a traditional oven in about half the time. And as a bonus, the minimal amount of grease build-up means that it’s straightforward to clean the unit when it’s done. A great tool for college students or for young professionals who had to make living concessions, the Vortex Plus is a versatile option. 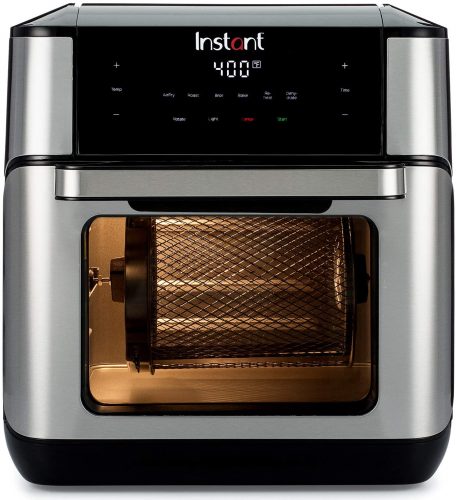 If you’d rather no go with an Instant Pot for one reason or another, Ninja’s Foodi 9-in-1 Cooker is hands-down our pick for the best alternative. This is comparable to more of the high-end Instant Pot units, capable of pressure cooking, air frying, baking, broiling, steaming, slow cooking and then some. The impressive eight-quart capacity leaves plenty of room for all kinds of food (you could easily cook a whole chicken in it!) and makes your food quickly and effectively. 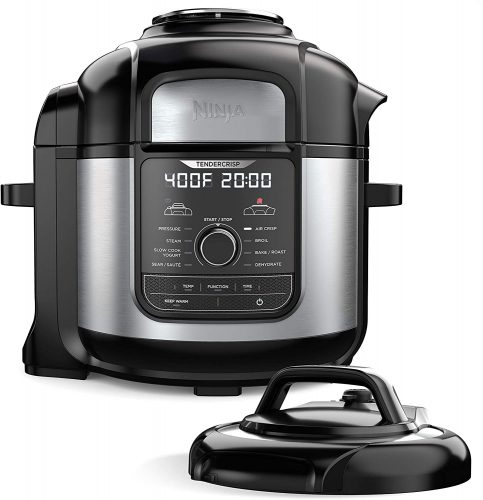 With six customizable pressure levels, 12 different presets, and a bright LED display for easy to use cooking, the COSORI pressure cooker is a great value alternative to an Instant Pot. Smartly priced, the unit provides many of the same benefits you’d get from an Instant Pot without having to pay for the brand name. Plus, its six-quart capacity makes it so you’ll have considerable space to make whatever food you’re in the mood to have. 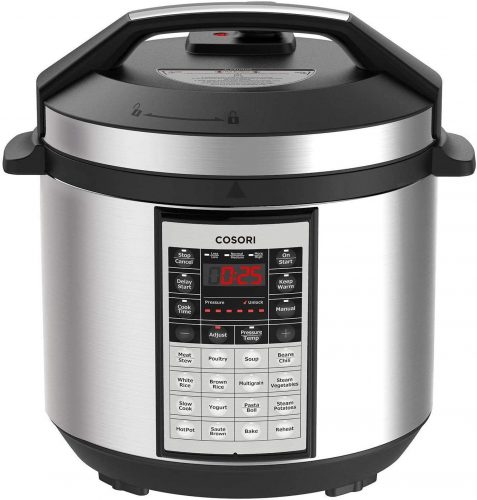 We checked five major retailers, Amazon, Walmart, Target, Best Buy and Williams Sonoma, for deals on our best overall, best value and high-end Instant Pot picks. You can monitor the links below and see if prices go up or down during the day. Some retailers already have great deals, so don’t wait! And, if we haven’t included a link from a certain retailer, it’s because they either don’t have the product or don’t have a great deal.