Do you love to create flavor-filled dishes but often lack the time to properly make a meal from scratch? You definitely aren’t alone. That’s why for centuries many cooks have relied on pressure cooking, a form of cooking that uses steam pressure to speed up the cooking process.

Today, pressure cooking has once again grown in popularity thanks to the invention of multicookers like Instant Pots. However, decades before electric pressure cookers hit the market, stovetop pressure cookers were a common item found in American kitchens during the first half of the 20th century.

If you’re ready to start experimenting with pressure cooking, there’s one big question you have to ask yourself before diving in. Is a stovetop pressure cooker or an Instant Pot better for your kitchen?

The pressure cooker has been used for centuries to speed up cooking times. In fact, the first pressure cooker was invented in 1679 by French-born physicist Denis Papin. At that point, pressure cookers were mostly used for scientific purposes, but very quickly these devices found their way into kitchens around the world.

These kitchen appliances are particularly popular with eating cultures that rely on hard beans and legumes in their diet, like India. But, they can be used to prepare nearly any food that can be cooked in steam or watery liquids.

It’s quite likely that your grandmother and grandfather knew their way around a pressure cooker. By 1950, 37% of American households were home to one of these stovetop appliances. But, this fell to about 20% by 2011 due to fears of explosions and the invention of newer kitchen technologies. Still, the stovetop pressure cooker is a simple device that can make your life a lot easier.

Trusted by thousands of cooks around the world, Presto is one of the top brands in pressure cooking. Their 8-Quart Aluminum Pressure Cooker is one of their best products with its balance between size and price point. Eight quarts is large enough to cook for most families, and the strong, heavy-gauge aluminum used in the construction of this pot allows for both durability and quick, even heating. In addition, the pressure cooker boasts a heavy-duty lid and strong sealing ring locks to keep steam inside. This pressure cooker comes with a cooking rack and a 64-page instruction manual and recipe book. 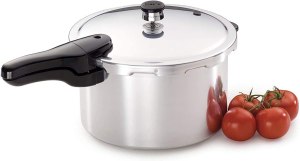 You may notice that the Hawkins Hard Anodized Pressure Cooker looks slightly different from many other stovetop pressure cookers. That’s because its body is made of hard anodised aluminum which absorbs heat quicker than non-anodised metal, making it a more efficient pressure cooker. Additionally, this kitchen appliance boasts a curved body to allow you to easily stir the food inside and prevent anything from sticking. Finally, the included pressure regulator automatically keeps the pressure level consistent inside the pot, allowing your food to turn out just the way it’s supposed to every time. 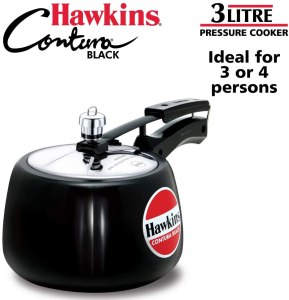 If you’re looking to buy an extremely safe stovetop device, you can’t go wrong with the T-fal Pressure Cooker. This cooker features a wide range of safety additions, including a pressure indicator to tell you when the contents have been pressurized, a variable steam release valve that can be set to either 10 or 15 PSI, a pressure gasket release window for overpressure situations, a locking mechanism and an always-cool handle with a comfortable grip. Furthermore, the stainless steel construction of the pot ensures durability, while the multi-layer base means you can even use this pressure cooker on an induction stovetop. 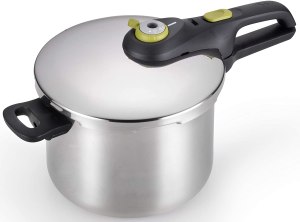 For a stovetop pressure cooker that looks the most like an Instant Pot, consider the Zavor EZLock Pressure Cooker. Not only does this device have the stock pot appearance, it also boasts a steam release valve that’s very similar to Instant Pot’s version. The valve features four settings, namely high pressure, low pressure, release and clean. There’s also a turn-to-lock knob on the lid for easy opening and closing, and a universal locking system which means the lid can be secured onto the pot in any position. Finally, the top-of-the-line construction ensures this cooker can be used on most domestic stovetops, including induction stoves. 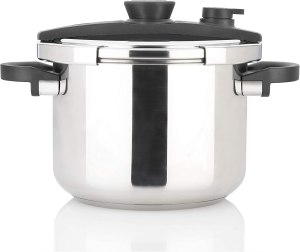 In October 2010, Robert Wang of Canada made the biggest kitchen breakthrough of the 2010s. He invented the Instant Pot. Although, the multicooker wasn’t an instant sensation, by 2020, it’s really changed the way people around the world cook.

Multicookers are essentially electric pressure cookers with other functions built in. For example, most Instant Pots can make yogurt, sautee, slow cook, steam, cook rice and warm in addition to pressure cooking. But what really makes these cookers popular is their ability to take the guesswork out of pressure cooking. Simply set it manually or using one of the many built-in programs, and then forget about it until your meal is ready.

Not only do Instant Pots allow you to cook dry grains, beans and meats (even raw meat) easily and quickly, they have also allowed for tons of creativity. There are now thousands of Instant Pot recipes available on Pinterest and the internet as a whole.

Basically, the Instant Pot has gained a cult following, and the brand has reciprocated by loving its customers just as much. (Don’t believe us? Check out these subliminal messages founder Robert Wang sends through Instant Pot’s advertising.)

Today, Instant Pots are available in a variety of sizes with a variety of functions built in, depending on your needs. They generally range in price from about $50 (if on sale) to about $200.

What Are the Best Instant Pots?

Instant Pot products are some of the most in-demand kitchen gadgets, and they’re especially popular around the holiday season as gifts. However, if you’re not an experienced home chef, it can be hard to choose the right model for your kitchen.

While not an exhaustive list of all the Instant Pots available, these are the most popular options. We’ve also included another brand electric pressure cooker to show you the many types of devices available.

The six-quart Instat Pot Duo 7-in-1 Electric Pressure Cooker is the most popular Instant Pot model on the market with hundreds of thousands of devices in households around the world. Its popularity can be traced back to the fact that it cooks a variety of foods quickly and ultimately saves users loads of time in the kitchen. This entry level model has seven functions, including pressure cooking, slow cooking, rice cooking, steaming, sautéing, yogurt making and warming. It promises to cook traditional meals up to 70% faster than stovetop preparations, and it also features 14 one-touch smart programs, allowing you to cook ribs, soups, beans, chicken and rice automatically and without any guesswork. For many users, this device sits pride of place on their counter. 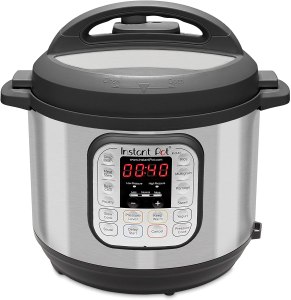 The Instant Pot Duo Evo builds on the entry level model with additional technology and features. In addition to the seven functions listed above, this model also offers a baking and sous vide setting. In addition, because this model is slightly newer, it offers the fastest cooking in its class. As Instant Pot says, it’s “the easiest to use for new users and the most customizable for experienced Instant Pot owners.” The Duo Evo Plus features a comprehensive LCD screen as well as an incredible 48 preset options for things like soups and meats. Plus, Instant Pot has worked to shorten the pressure release time in this model thanks to new quick cool technology. This is a great option if you want the latest technologies and a mid-range price point. 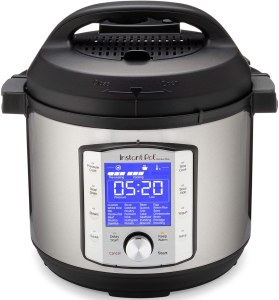 MOST BELLS AND WHISTLES

With the ability to eliminate up to 10 other appliances from your kitchen, the Instant Pot Ultra 10-in-1 Electric Pressure Cooker can seemingly do it all. Above and beyond what the base level 7-in-1 model can do, this pressure cooker also has cake making, egg cooking and sterilizing programs. The advanced technology also means that this device includes an altitude adjustment, a cooking indicator and a steam release reset button, allowing for more precise cooking. In addition, the eight quart size is large enough to feed a big family. And, if ten functions isn’t enough for you, Instant Pot also makes an 11-in-1 device which includes an air fryer. You can purchase most Instant Pot models directly on Amazon. 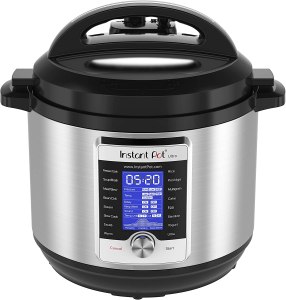 While this article is mainly focused on Instant Pots and stovetop pressure cookers, we do need to point out that Instant Pot isn’t the only manufacturer of multicookers. In fact, Ninja produces one of the best electric pressure cookers on the market with its Foodi 9-in-1. This device has many of the same functions as the entry level Instant Pot, like pressure cooking, sauteing, steaming, slow cooking and yogurt making. But, it can also air crisp, bake, broil and dehydrate. Furthermore, it has an impressive number of five star reviews with 87% of over 15,000 customers awarding this kitchen appliance full marks on Amazon. 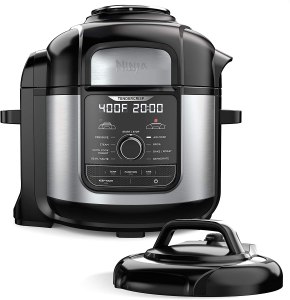 Got the Instant Pot, But Aren’t Sure What To Make? These Cookbooks Have You Covered