Cleaning tech as a branch of household gadgets has exploded in recent years due to the convenience of having robot vacuums putter around your home while you relax. iRobot’s Roomba might not be a perfect machine, but damn is it satisfying to click a few buttons in an app and watch it get to work sweeping all the dog hair you’d rather not deal with.

The next generation of high-end cleaning tech? Laser vacuums. It’s hard to predict these trends exactly, but the brand that tends to come up with the next big thing in household gadgets already has a laser vacuum available to the public. We’re of course talking about Dyson.

Dyson has a few different options for laser vacuums, each of which we’ve highlighted below. Both of the V15 models are out of stock, but the Absolute+, not-so-coincidentally the most expensive option, is still available. All of them are built with precision-pointed lasers that reveal microscopic dust on surfaces around your home that’s naked to the human eye. This is both impressive and begs the question — will our homes ever be clean enough for the laser-armed robots we invite inside?

Dyson’s Outsize Absolute+ model is its most advanced laser-armed vacuum cleaner. It’s built with a Laser Slim Fluffy cleaner head that detects and sucks up all sorts of dust, hair and dirt on your floor. This vacuum has a full-size, 0.5 gallon bin inside which means emptying it less often and more cleaning power in each use. It has up to 120 minutes on each full battery charge, twice as much as the other models, and it has a smart LCD screen that gives you real-time data on your clean as well as maintenance alerts. 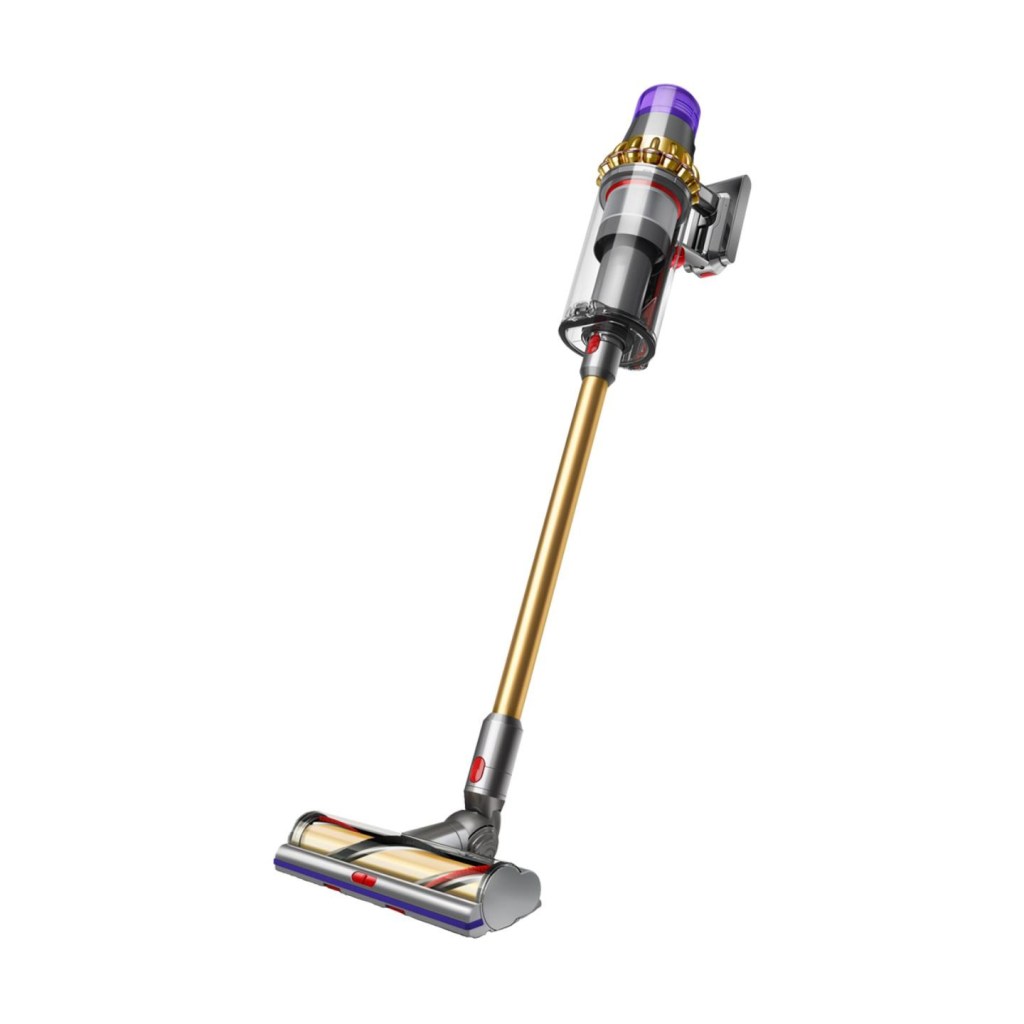 The Dyson V15 Detect vacuum cleaner is a cordless vacuum with the same built-in laser vacuum head as the Absolute+ model. It has a built-in LCD screen that shows what’s been sucked up and how much of it, giving you quantitative data on a deep clean well done.

The click-in battery gives you 60 seconds of run time per charge, so you have plenty of juice to clean your entire home, and it’s built for versatile cleaning whether you need to tackle your carpet, drapes, under your bed or your couch.

Again, this Dyson laser model is currently sold out, but we’ll be sure to update you when it’s back in stock. 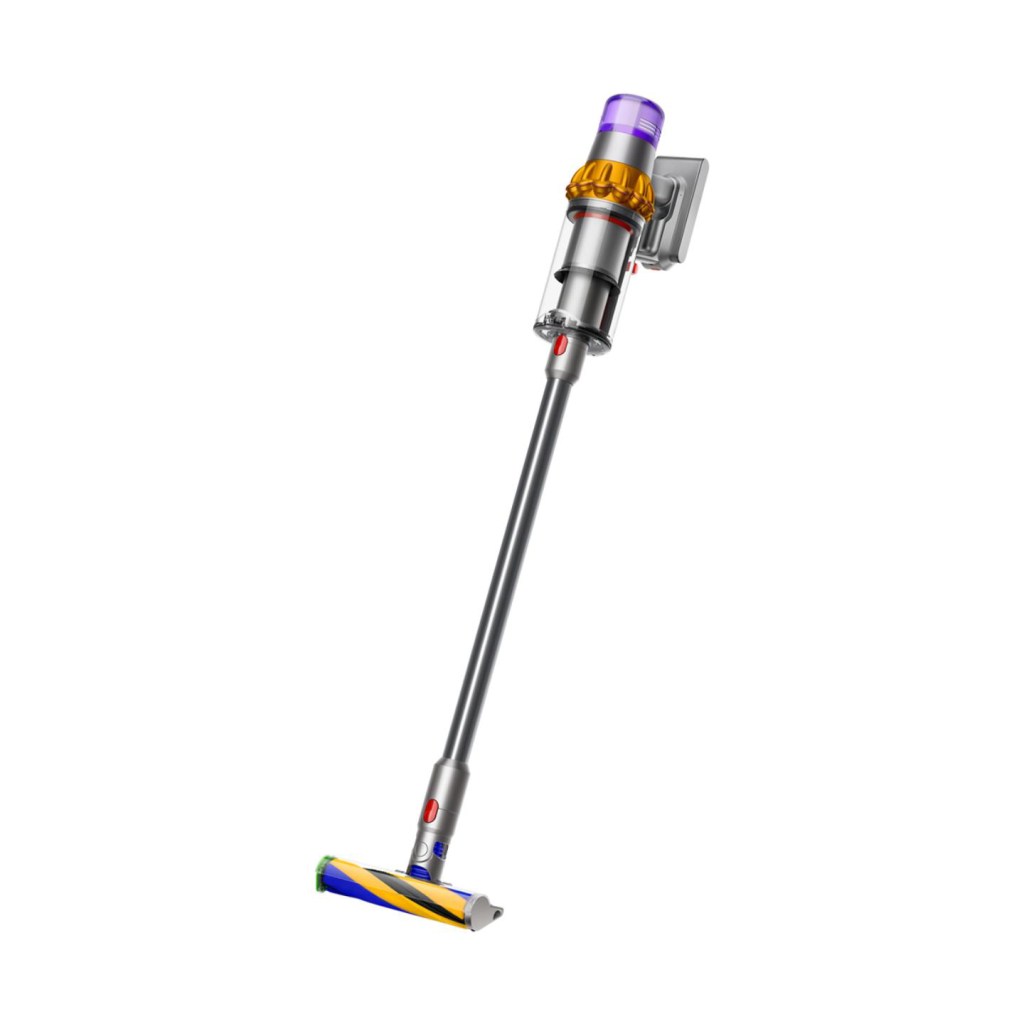 Dyson’s V15 Detect+ model has a few extra features worth noting, including HEPA filtration and two cleaner head options each engineered for as deep of a clean as possible. The HEPA filter enables it to not just suck up microscopic particles like pet dander and skin cells, it also expels clean air that’s healthier for you and your family to breathe. It’s built with the same laser head as the other models for dirt detection, as well as the LCD screen for cleaning updates. The biggest difference with this vacuum is the HEPA filter, but as I previously mentioned it’s also out of stock. 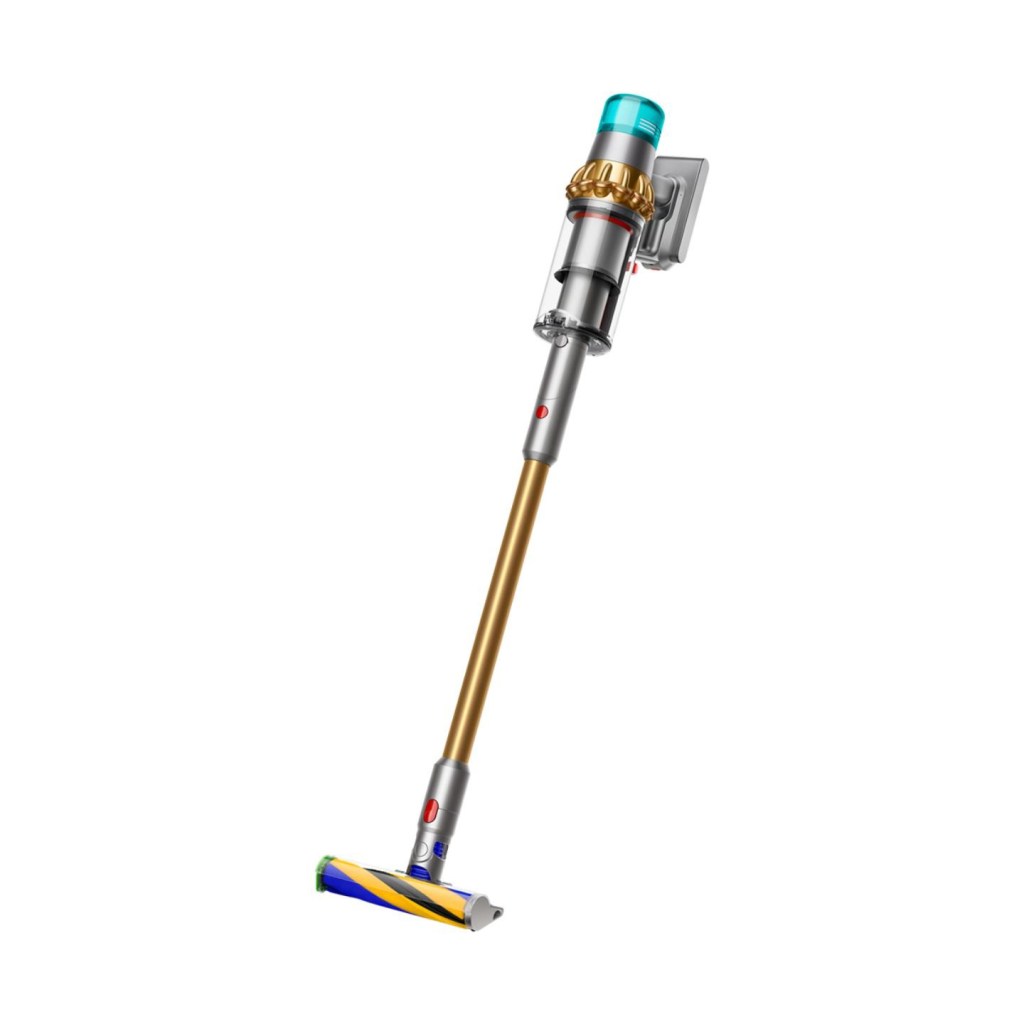 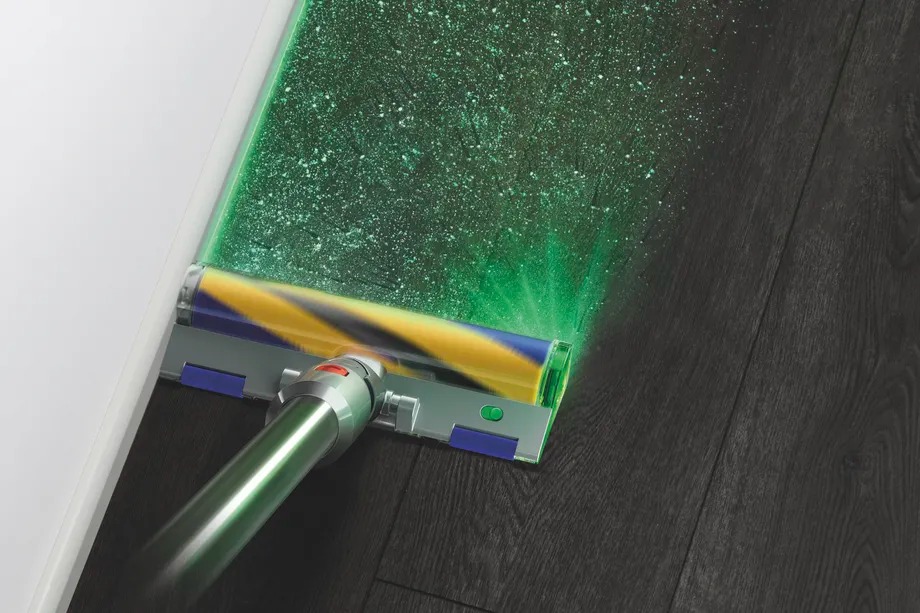 When Did Laser Vacuums Emerge?

Dyson released its first laser-powered vacuum cleaner in March of 2021, less than a year ago. The trend is very new, hence why there aren’t very many products available yet. Most of the press has centered around how the vacuums “guilt” you into improving your cleaning skills, and reveal all the dirt you’d rather not know was there. It’s a technology some will love, some will hate, and some won’t be able to live without after knowing all the dirt that lurks just beneath the surface.

Read More: Dyson, Why? These Are the Best Vacuum Deals On The Internet

Are Laser Vacuums The Next Big Thing?

This question has been on my mind ever since I read about the Dyson V15 model in the New York Times, and considered my own experience with smart cleaning tech. My boyfriend loves our Roomba, I however am not sold. I find that it gets confused, stuck and dies more often than it completes a full cleaning cycle. We live in a 2-story loft apartment with a wide open floor plan, I’m convinced it shouldn’t have so much difficulty getting around our furniture, especially given its elevated price point. This is exactly why a wireless laser vacuum like this one intrigues me.

Rather than let a robot clean my apartment to an unknown standard while I run errands, I’d rather push around a high-tech vacuum like this one that reveals the other machine’s incompetence precisely before it makes up for it. The laser doesn’t scare me, in fact, I embrace all that it’ll reveal about me, my cleaning habits and the invisible filth I live in.

Robot vacuums have exploded in popularity due to the convenience they offer and I’m not saying they don’t open doors for people who aren’t physically able to clean their home, or simply don’t have the bandwidth given other responsibilities. I am saying that for those of us who actually enjoy cleaning, laser vacuums might be a welcome step back in convenience, because you operate them yourself, but forward in terms of overall cleaning quality.

This is speculation, I haven’t tried out a laser vacuum not done a side-by-side comparison of the cleaning job between a Dyson and a Roomba, but for my cleaning standards I’d rather have a high-tech machine that I operate, than one I don’t. I’d rather spend top dollar on a vacuum I still have to lug around my apartment because I’ll know the microscopic dust is gone, if only momentarily, after I’m done using it. And I have a feeling others will feel the same.

While there aren’t a ton of products in this category quite yet, we’ll be watching this growing trend closely and keeping you updated on any new product releases that catch our eye.

Shark vs. Roomba: We Put These Robot Vacuums Head To Head To See Who Came Out on Top