Part of what makes cooking so fun is that it’s basically applied chemistry. As such, new methods and techniques are constantly being discovered and improving the way we eat. That also involves improving the tools and kitchen gadgets we use. That led to steam ovens initially making their way into restaurant kitchens, and eventually, into the kitchens of home cooks.

More specifically, these aren’t just steam ovens. They’re combi-ovens to be more precise. These combi-ovens are essentially a steam oven and a convection oven that have been frankesteined together. Working in tandem, the foods that come from these ovens are unbelievably moist and juicy, yet browned and crispy at the same time. These devices have caught the eye of tech pundits and food geniuses alike, including J. Kenji Lopez-Alt. We first wrote about this technology when the popular Japanese Balmuda steam toaster debuted in the United States; we just had to know why people were obsessed with this $400 toaster.

This leads to a big question: What does steam do that makes steam ovens so special? Well, there are two main things that steam enables.

First, it ensures that your food won’t dry out, and it will retain more of its nutrients because it’s essentially being basted in vaporized water for the entire time it cooks. Secondly, that steam helps to provide a more consistent temperature throughout the oven that’s easier to control. This not only cooks your food more evenly, but makes it easier to get your food up to the exact temperature you want, and hold it at that temperature. In other words, the best steam ovens will help you get the same results that you would with a sous vide immersion circulator.

Once you have your food at the temperature you want it, you can then brown and crisp it with the convection elements in your combi-oven, which intensifies flavors and adds a pleasing texture. While most of the best steam ovens are combi-ovens, there are some that aren’t.

So with that in mind, we’ve rounded up six of the best countertop steam ovens you can buy in 2021. We’ve focused on countertop models, which make for great microwave alternatives since full-sized models that aren’t in-wall units are hard to find and extremely expensive. Keep scrolling for our top picks.

The Anova Precision Cooker helped make sous vide cooking accessible to home chefs in 2014, and with the Anova Precision Oven, the innovative culinary brand is attempting to do the same for steam ovens. More than just a toaster oven, this appliance is designed for proper baking, and not just reheating. Like the best steam ovens, this is a combi-bake oven so you also get the benefits of convection baking. And thanks to four separate temperature probes, along with wi-fi connectivity, the Anova Precision Oven puts this functionality to great use.

The included temperature probe means that you can use steam mode to replicate sous vide cooking without the need for vacuum-sealed bags and containers of water to get meat that is perfectly juicy. The convection mode means that you can crisp and brown the exterior of that meat without having to sear it on the stove. The best part is that it can connect to the internet and download guided recipes that will automatically monitor your food and move through the different cooking phases on its own, delivering a perfect meal. Given its size and price, this is not a casual appliance to purchase, but you get a lot of performance for the price. If you were considering adding a second oven to your kitchen or want an upgrade without replacing your existing range, this is a great option. 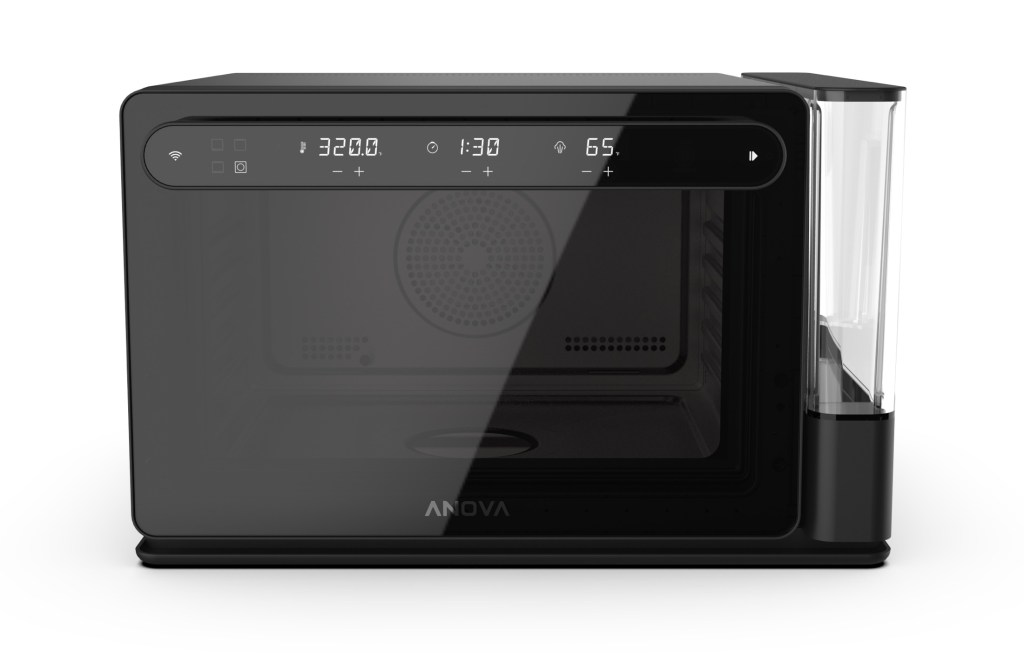 Those searching for a true combi-oven alternative to the Anova that’s also cheaper and smaller should look no further than the Cuisinart. Roughly half the size (and price), this steam oven can still surround your breads, vegetables and leftovers in an even bath of heat that will ensure they’re flavorful and not dried out while browning and crisping them to add delectable texture and flavor. That said, you won’t find high-end features, such as sous vide mode and guided cooking here. Still, it’s a great introduction to the world of steam cooking if you’re hesitant to splash $600 on the best countertop steam oven. 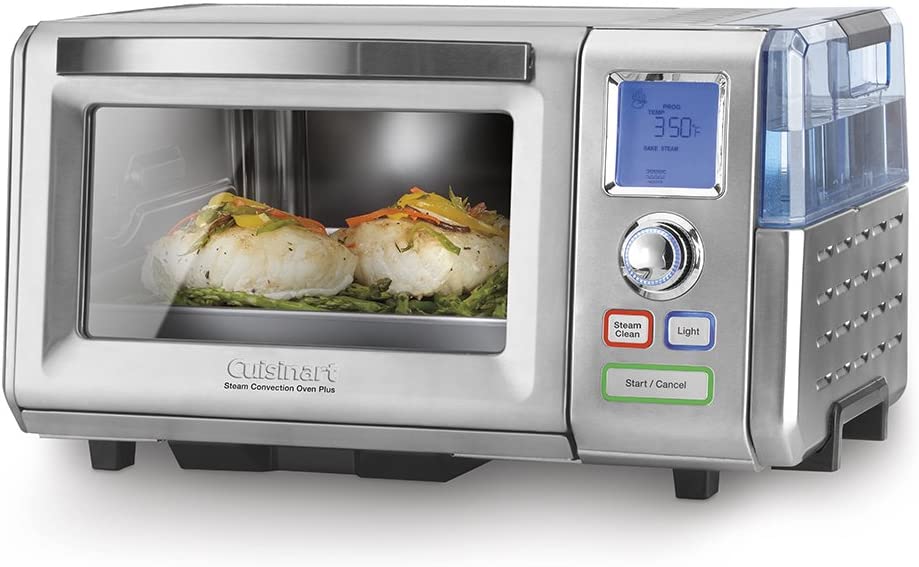 While the Anova Precision Oven is designed to do everything a normal oven can do, Balmuda’s The Toaster is a bit less ambitious: it sees itself as a replacement for your toaster. Primarily designed to reheat and toast various types of bread and pastries. By using steam in its toasting process, it can keep these foods moist and chewy in the middle, but crispy on the outside. And thanks to five different presets, it’s easy to get the right time and temperature for everything from a frozen round of bread to leftover pizza to a day-old english muffin. The result: delicious, texture-filled foods. 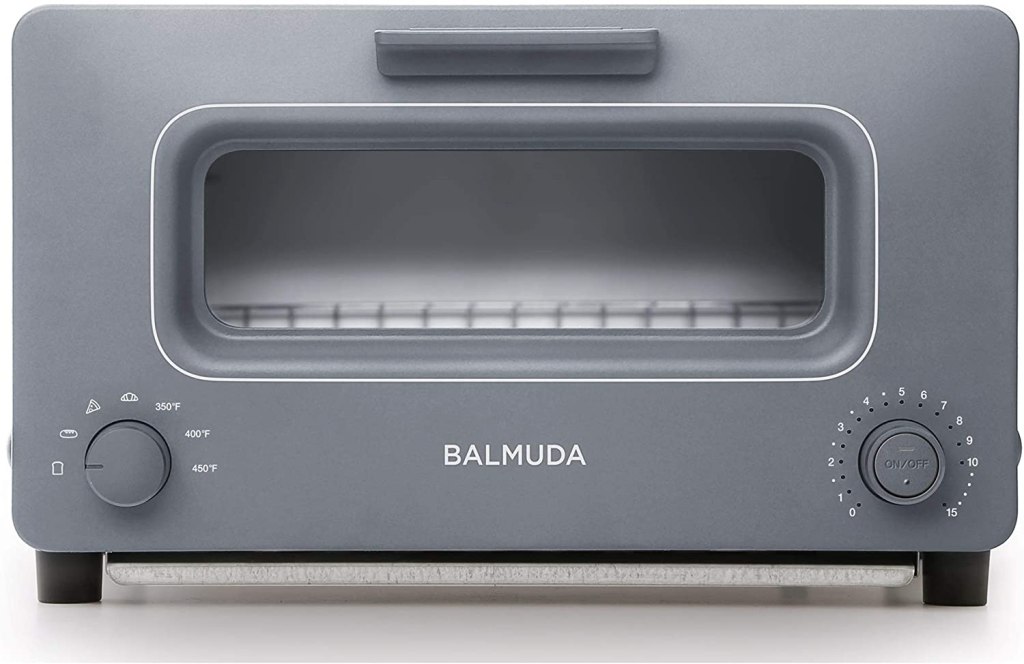 As a standalone oven, the Tovala is basically a smaller version of the Anova Precision Oven, minus some of the high-end features like sous vide mode. And while you can use it to cook whatever you want, it’s really designed to be used as part of Tovala’s meal service, which delivers frozen, chef-prepared meals to your doorstep every week. When it comes time to heat those meals, the Tovala will pull a specially-designed program/recipe from the oven which tells it what temperatures and settings to cook it at (and for how long). If everything goes to plan, you should have a meal for 1-4 people that will blow any TV dinner out of the water.

Another perk of the Tovala is that it is partnering up with some of the favorite frozen food brands to create custom cooking program, including Bagel Bites, Amy’s Kitchen and Eggo. 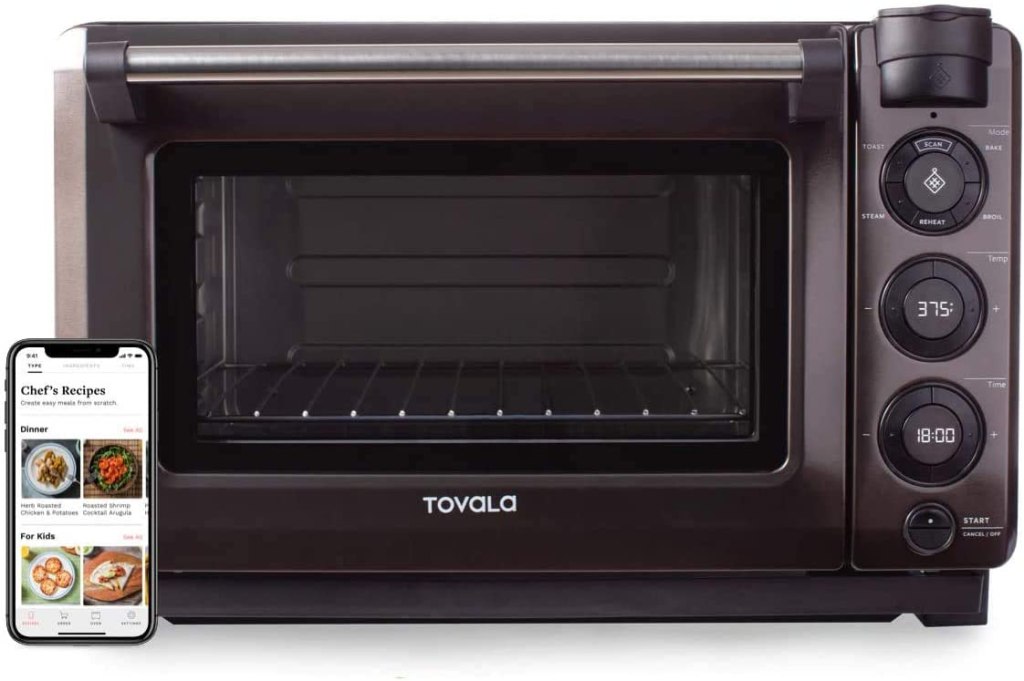 If the Cuisinart is out of stock and you’re looking for a cheaper, smaller alternative to the Anova, the F.Blumlein Countertop Steam Oven is your next best option. The big trade-off here is that it does not have a convection fan, which means that some foods might not crisp up in quite the same way. But depending on how you cook, you could net yourself a fully-functional steam oven at a very good price. 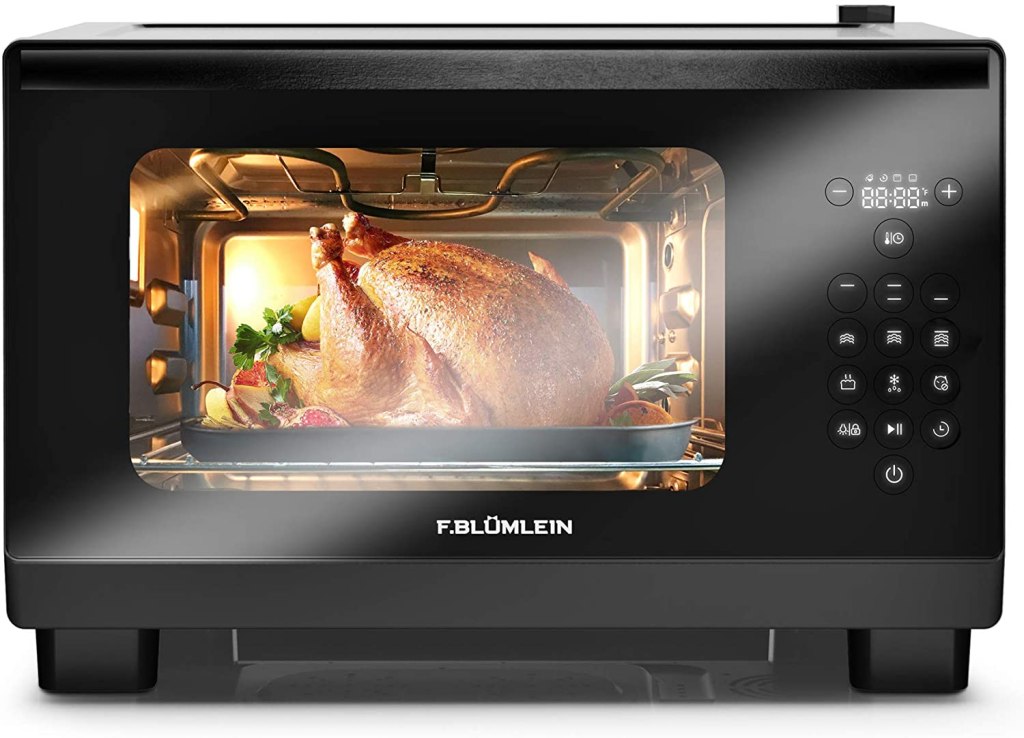 Much like the Balmuda, you won’t be using the Sharp Superheated Steam Countertop Oven to cook multi-course meals from scratch. But for toasting, reheating and baking/broiling/roasting small portions this is a solid, no-nonsense option. Unlike the Balmuda, the Sharp steam oven has a greater capacity, able to bake a 12-inch pizza or toast nine slices of bread. The Balmuda, in comparison, can toast two slices at a time. This, of course, makes the Sharp Steam Oven bigger than some of the best steam ovens on this list. It’s also a touch pricey for what it does. But it may fit your needs at a lower price.