PC gaming is all about power. Really, at the end of the day, if you’re going to invest significant funds into a rig of any kind, you absolutely want it to be as feature-heavy and future-proof as possible. Fortunately, Acer and their line of Predator gaming laptops understand the demands of a modern-day gamer and have delivered accordingly with the new Triton 500 gaming laptop. 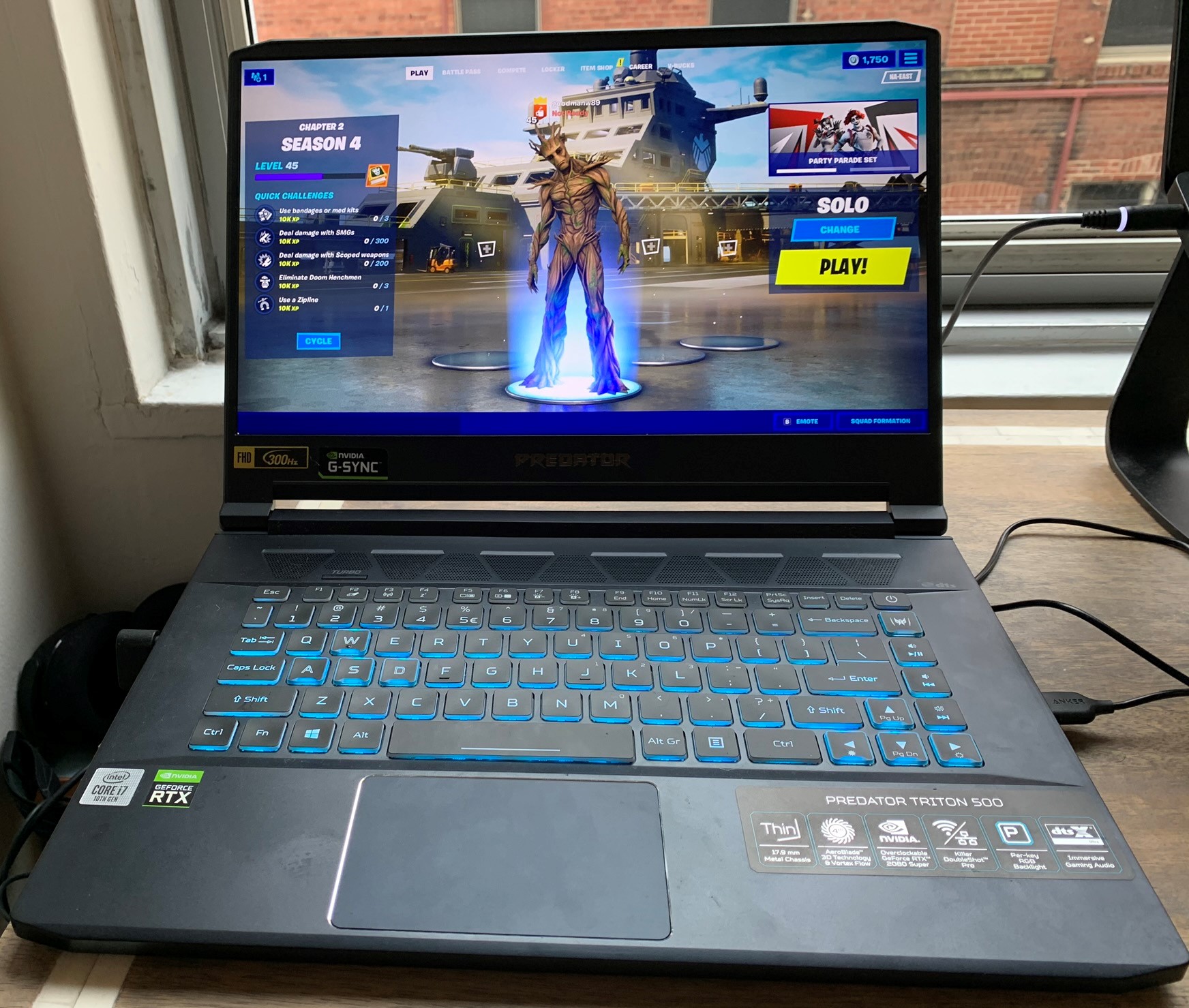 What I Loved About the Triton 500 Gaming Laptop

Acer was kind enough to send me a unit for review and I can firmly state that after spending a few weeks with the unit, the Triton 500 is one of the most impressive gaming laptops I’ve seen. The level of dedication to craft starts with the Triton’s casing; a 17.9 mm metal chassis which makes the unit just look cool. In fact, you might be hard-pressed to know it was a gaming laptop if it weren’t for Acer’s illuminated Predator logo on the top of the unit itself. At under five pounds, it’s also a breeze to carry around. An impressive 15.6-inch display only has the absolutely necessary amount of border to keep it securely in place, providing a vivid, full screen for your favorite games to come to life.

Speaking of gaming, looks will only get you so far if the tech underneath isn’t capable of keeping up. Fortunately, there’s no concern there. Powered by a 10th Gen Intel Core i7 processor, 32 GB of RAM, and NVIDIA’s RTX 2080 graphics card, the Triton is capable of rendering your favorite worlds in stunning fidelity with no hiccups. Warzone ran stunning during the most intense matches, Fortnite’s candy-colored world popped even more than usual, and my favorite game to test — Gears 5 — continued to astonish. The 300Hz display ensures a high screen refresh rate so few frames are actively dropped during intense moments of action. No blurring or tearing to be found here, providing a nearly seamless gaming experience from start to finish. Other more customizable controls are available for those who want them, including quick access to overclocking, dedicated fan control (although the unit itself is typically pretty quiet even in Ultra mode), customized lighting, and more. Oh, and the DTS:X sound makes it easy to hear when an enemy is rounding the corner even if you don’t have headphones or a gaming headset to use.

What I Didn’t Love About the Triton 500 Gaming Laptop

Where the Triton slightly falters, in my opinion, is the keyboard. Lenovo’s Legion 5i had such a great feeling keyboard (there was a real heft to pressing the keys that I really came to enjoy) and the Acer unit just doesn’t have that same feeling. It’s a really minor quibble — I’m sure a majority of users won’t even be bothered by it — but after using the Legion I really enjoyed having that specific feeling. The Triton is meant to be a powerhouse in an easy-to-carry case, so I understand not having the density there (the Legion is significantly heavier than the Triton) and there are certainly aftermarket keyboards to invest in if that’s really a concern. Nevertheless, it’s something to mention even if it’s mostly a personal preference. It’s not a dealbreaker by any means, as even the lower tier 500 models still pack quite a punch. And while the web camera is better than the Legion, you’re still probably better off investing in a dedicated, separate camera if you’re looking to really start streaming matches.

If you’re looking to forgo doing your own build and instead are looking to invest in a gaming laptop that’s going to last you for a long time, this unit is worth the funds. With a range of $1,699 to $2,999, the 500 definitely sits on more of the dedicated enthusiast side of the scale. But if you’re looking to purchase a model and be set for quite a few years, the Triton 500 ensures you’re set to experience PC gaming at its absolute peak. 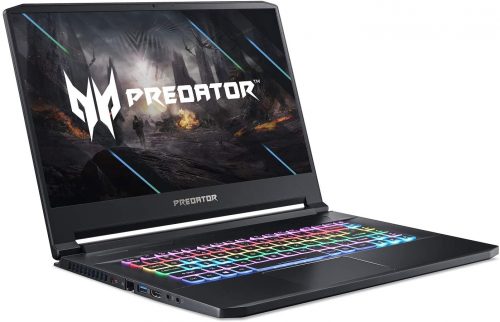