Acer has carved a good space out of the computer market for itself by providing affordable, quality laptops. Yet as they continue to fill out the space, it opens the brand up to take bold and exciting steps into other submarkets within the larger realm. We’ve seen Acer make considerable progress with their array of gaming laptops, but what about creatives looking for a portable, all-in-one solution? Acer’s ConceptD 3 Ezel laptop aims to fill the void with a unit crafted around the needs of a creator but will still offer plenty to like if you’re in the market for a new laptop in general. Acer was kind enough to send a unit for us to review, and these are our takeaways. 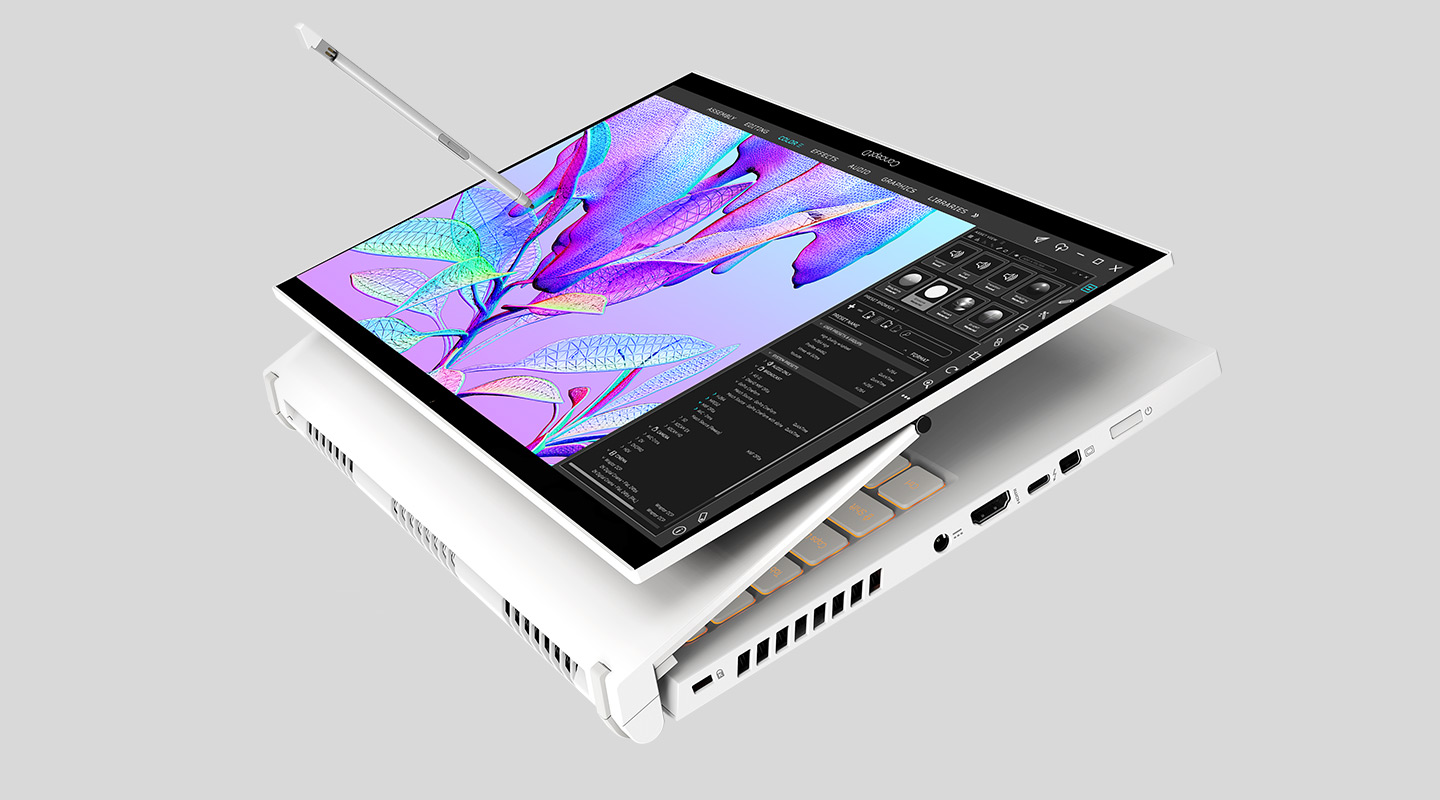 As evidenced by its namesake, the ConceptD 3 Ezel’s biggest feature is the folding screen. Like the Lenovo Yoga or other laptop/tablet hybrids, the Ezel can quickly shift from a laptop to an oversized tablet through the pivoting screen. However, the great thing about the Ezel is that the hinged screen isn’t just a standard flip and fold-like screen; there’s sort of a bar that actively lifts and pushes the screen back. This allows you to lift the screen and turn it into, well, an easel. It’s an immediately striking feature that’s bolstered by an overall unique design; the Ezel is finished in a Patone-approved, matte display complete with orange (!) black-lit keys (the keyboard and included trackpad feel great to use, providing quite a responsive feel as you use them both). It’s the kind of touch we imagine creatives will love, setting itself further apart from traditional laptops’ sometimes bland nature.

Creatives will also love the included stylus. Nestled in the bottom portion of the laptop itself, the pen boasts a staggering 4,096 levels of pressure sensitivity, which makes for a handy tool when you want to sketch something out. And with about a 10-hour battery life, you’ll have plenty of uninterrupted time to draw.

While the easel functionality will be the main draw for some, the Ezel has a few other features that are certainly worth mentioning. The 720p webcam is a pretty decent build-in for a laptop of this ilk, providing a vivid picture for those inevitable Zoom calls. The included Intel Core i7 processor and the Nvidia GeForce 1650 GPU allow you to do some low-level gaming if you’d like; we tested both Among Us, and Fortnite and both games ran without too much of a hassle, just don’t expect to see mind-blowing graphical resolution when playing these games. It’s a welcome bonus add for sure, though.

Sadly, the 14-inch display only outputs 1080p instead of 4K, which might be a deal-breaker for some who want a really high fidelity screen. However, the screen still provides a vibrant and colorful display, even at this lower resolution. Additionally, the speakers in the Ezel leave a little bit to be desired. They’re probably fine for listening to Spotify or watching Netflix, but those looking to get a really high-quality experience might look elsewhere.

While the display and the speakers aren’t quite as impressive as we’d like for them to be, there’s certainly a lot of really great potential in the ConceptD 3 Ezel. The pivoting screen is well-worth the unit’s price tag, making the unit both easy (and dare we say fun?!) to use. For creatives who want to ensure they can work on the go, it’s a no-brainer recommendation. We could also see college students getting a lot of good use of it as both a tablet and a laptop solution. If nothing else, it proves Acer has an excellent handle on making an impact on its entry into other spaces — and we can’t wait to see what the future continues to hold. 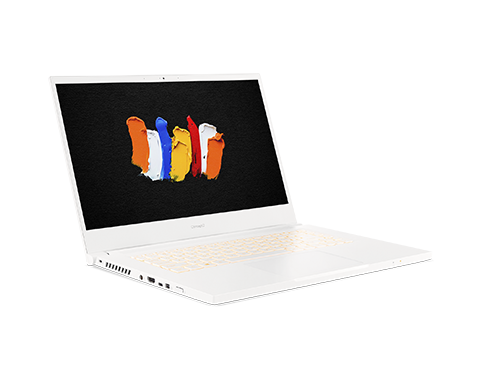