Gone are the days of having to deal with those top-heavy TVs that were so deep you could barely fit them on the shelf. The best flat-screen TV models today are more convenient, feature better image quality and are available for a fraction of the price. Whether you’re looking for a new affordable 4K TV for your bedroom, your guest room or maybe even your new college dorm, we’ve rounded up our favorite options below.

If you think you can’t afford one of the best 65-inch flat-screen TVs, think again. Now more than ever before, you can get the following premium features without having to tap into your 401k:

Of course, there are still more expensive flat-screen TV models out there, especially when you start to venture into the OLED realm. But TVs are not nearly as cut and dry as they used to be. You don’t have to spend a fortune to buy a quality, big TV anymore.

So whether you are seeking an impressive 65-inch model or something smaller for your apartment or dorm room, we’ve rounded up the best affordable flat-screen TV options for you to check out below.

If you want a TV set that possesses undeniable quality but still places a strong emphasis on affordability, it’s hard to beat the 2020 TCL 5-Series. This year’s iteration received a big upgrade over its predecessor in the form of full-array local dimming, which boosts overall brightness which will help improve the quality of Dolby Vision and HDR10. While it may not have all the bells and whistles of other 50-inch TVs that are considered affordable, there’s enough performance here to make this a worthy choice for those who aren’t overly concerned with not having the absolute brightest picture or features such as a 120Hz refresh rate. The 5-Series even throws in Alexa and Google Assistant compatibility for hands-free navigation, which makes this a great affordable flat-screen TV.

Editor’s Note: If you click the link below, Amazon currently has this product listed as the 2021 model; however, we believe this is an error, and that is should be properly classified as the 2020 model 5-Series. 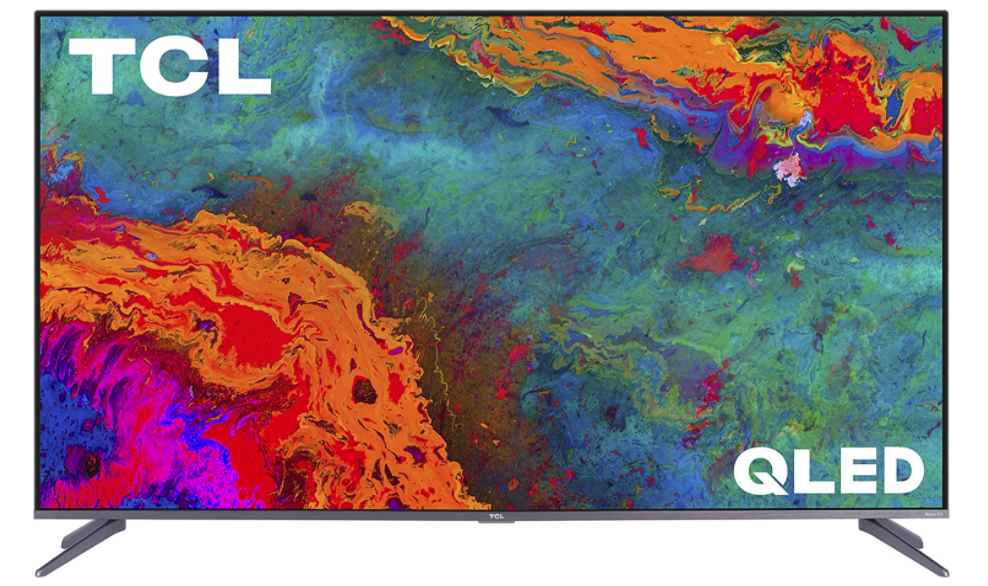 Had this 55-inch Vizio M-Series Quantum TV been a little cheaper, a little brighter or featured better Smart TV software, it may have topped our list of best affordable flat-screen TVs. But even if we don’t think the MQ7 is a better value than the TCL 5-Series, it still has all the markers of an excellent TV. This 4K display promises a beautiful picture out of the box, with support for Dolby Vision. And thanks to a 120 Hz variable refresh rate, AMD FreeSync support and low input lag, it’s also an excellent TV for gaming. The SmartCast software doesn’t quite rise up to the quality of the Roku, Android TV or Fire TV, so you may or may not find yourself spending an extra $50 on a streaming stick in the future. (Alternatively, this TV supports Google Cast, so you can also just use your phone or tablet to load up streaming content.) Despite these gripes, there aren’t many other cheaper TVs that can outperform the Vizio M-Series. 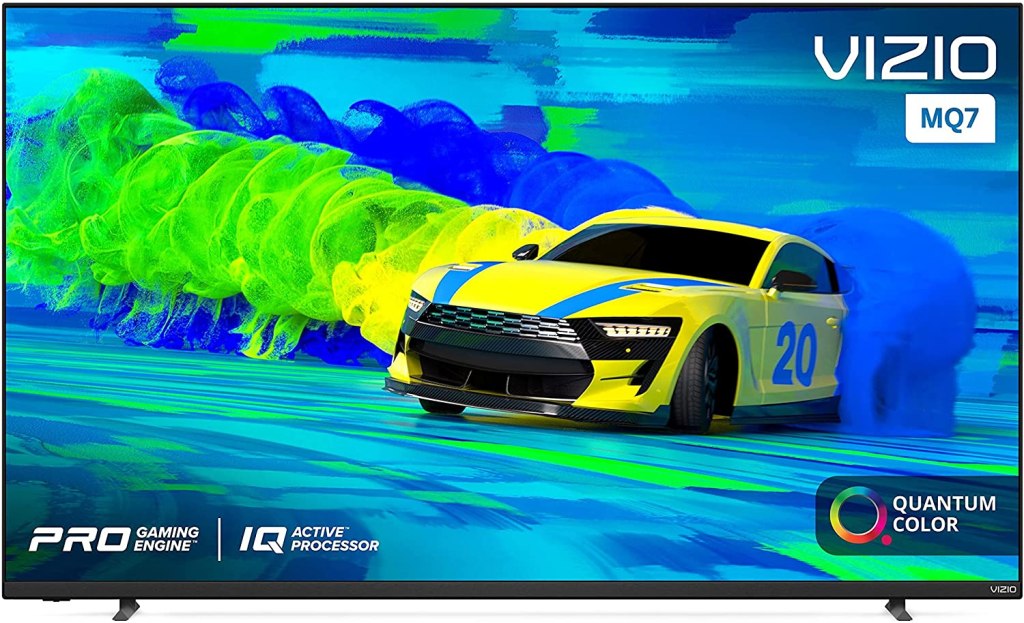 While the Sony Bravia X80J may not have a QLED display by name, Sony’s proprietary Triluminos Pro is essentially a quantum dot technology, which means you can get the same color performance as the best QLED TVs from an affordable flat-screen TV. In addition to Triluminos Pro and Sony’s best-in-class X1 image processor, the X80J also features the Google TV interface, which has been making a case as the best smart TV interface since it debuted in 2020. Not only does it feature all of your favorite streaming apps, but it learns your favorite shows from the different services and then delivers personalized recommendations to you from a single screen. Add to that support for Google Cast and Google Assistant, and you have the ultimate streaming and smart home TV in your living room for less than $1000. 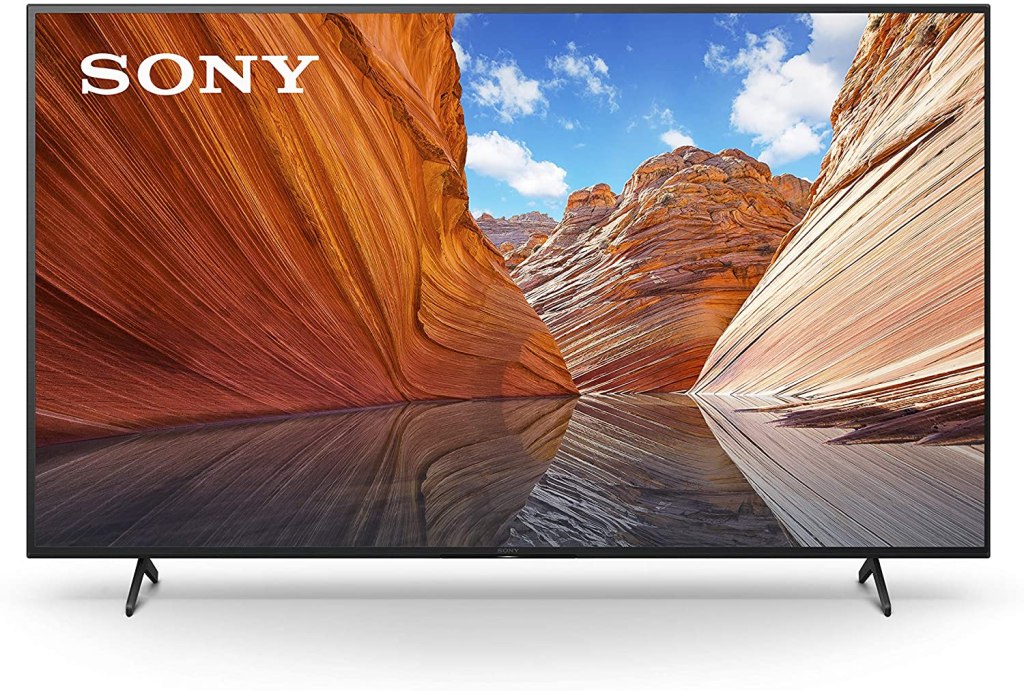 Lately, we’ve been a broken record: the LG CX is the best TV of 2020; however, its high price tag puts it out of reach for most of us. Fortunately, the LG BX series is nearly as good, meaning you can get an LG OLED display at a relatively budget-friendly price. Because of the lower price, you lose out on some brightness and the latest LG image processor, but the casual viewer won’t be able to tell the difference. Plus, this smart TV still has all the same webOS 3.0 functionality packed in. In short, it’s a small step down from the best flat-screen TV of 2020. 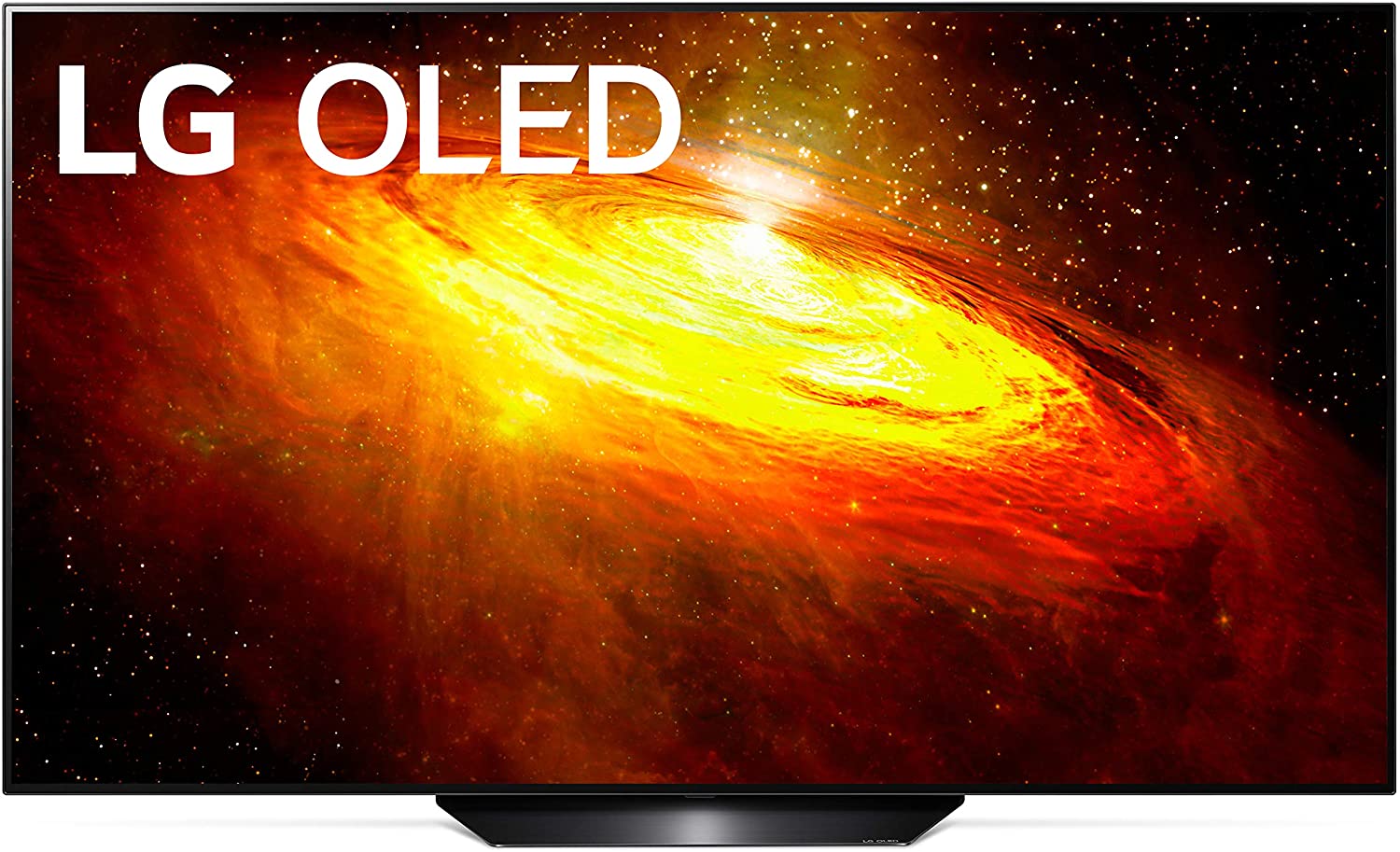 When it comes to out-and-out performance, you will not find a better QLED TV on this list. And while the 65-inch variant of the TCL 6-series approaches a price that might not be considered affordable, this is actually a steal for gamers considering this is one of the few TVs to support a true 120 Hz mode, which allows for silky-smooth gameplay if you have a next-gen console. There’s a strong argument to be made that, unless you’re splurging on an OLED, opting for a more expensive TV over the 6-Series is a foolish move, since this thing competes with TVs costing twice as much when it comes to brightness and overall picture quality. 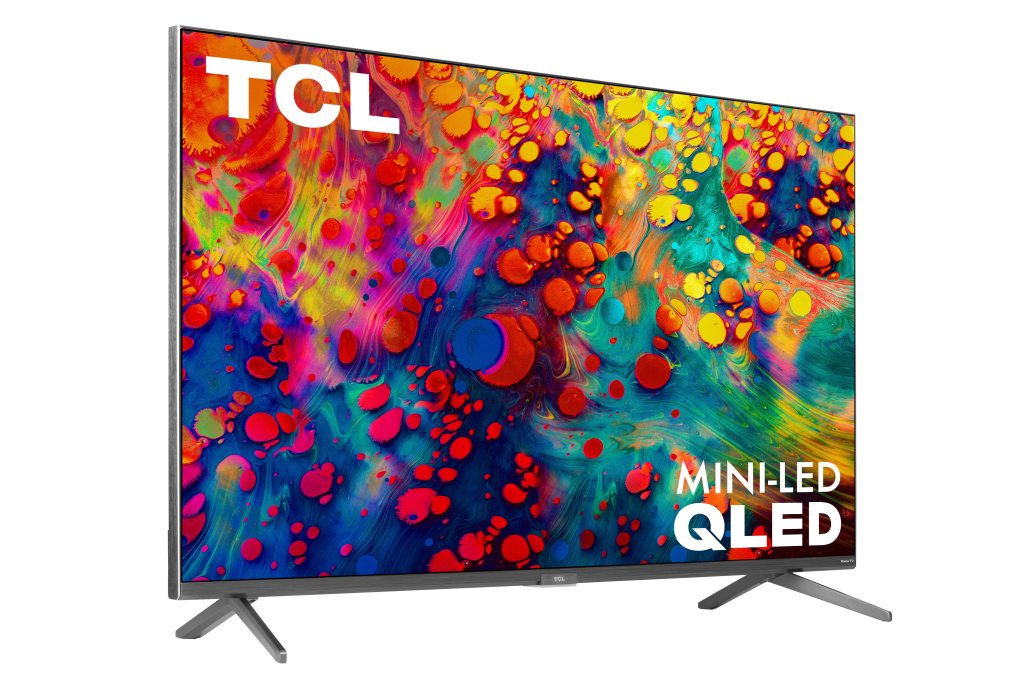 Just because you’re in the market for a quality OLED doesn’t mean you have to break the bank, as the Vizio H1 OLED TV proves. It may not have the same low input lag as the LG CX, nor does it have top-end features such as Filmmaker Mode and Dolby IQ, or a smart TV interface that’s super intuitive, but many would be hard-pressed to notice the difference between the two TVs in actual day-to-day use. Considering this Vizio OLED-H1 is a few hundred dollars cheaper than what you’ll typically find the LG CX selling for (when it’s not on sale), those extra features might not be worth the added cost for some. 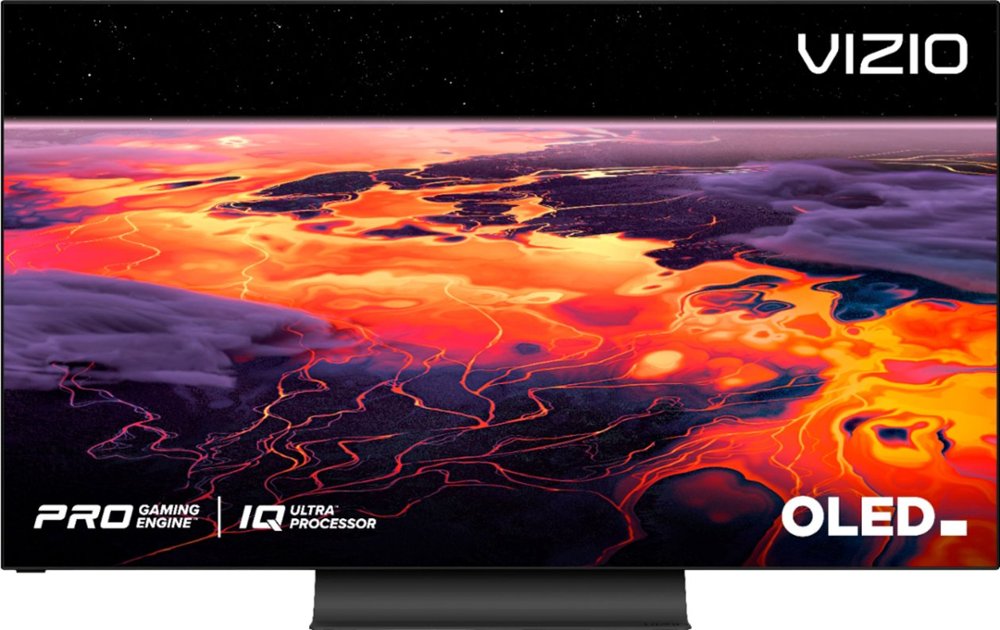 Looking for a more affordable LG flat-screen TV? The LG UN7300 won’t necessarily compete with our top picks when it comes to image quality, but if you’re looking for a TV that doesn’t suffer from a poor picture when viewed at wide angles, then this is the best affordable flat-panel TV. While most TVs opt for a VA panel because of its ability to deliver deeper blacks and more vibrant colors, the LG UN7300 opts for an IPS panel to achieve those excellent viewing angles. While this may come at the expense of peak HDR performance, it is a great option if you have a large family that spreads all over the living room during movie nights, or if you have a lot of roommates. 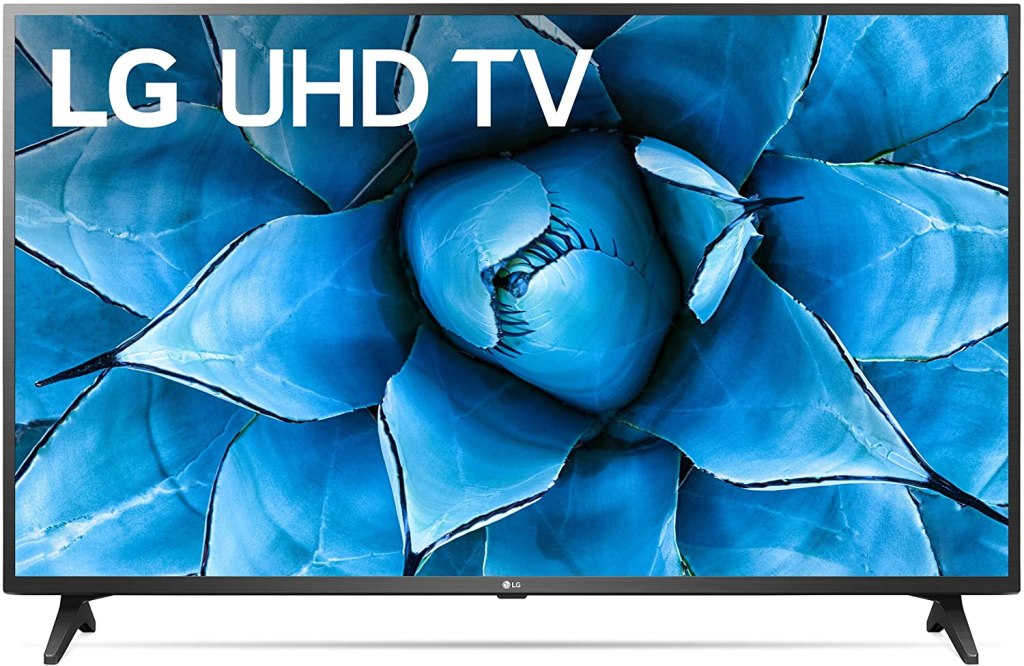 For those who really only care about finding a big smart TV that works, looks halfway decent and has all their streaming apps in an easy-to-use interface for as cheap as humanly possible, the TCL 4-Series is a gift from the gods. You can usually find this thing for well under $400 (and sometimes under $300), and thanks to the Roku software that comes installed, you’ll have no problem finding something to stream. It may not be flashy, but it gets the job done.

The 55-inch version of the TCL 4-Series can be had for under $300 when it’s in stock, while the 50-inch version is a steal at just $250. If you have your heart set on a 65-inch smart TV, and we don’t blame you if you do, this affordable flat-screen TV is still incredibly cheap. You can score this 65-inch TV for just $430 right now at Walmart. 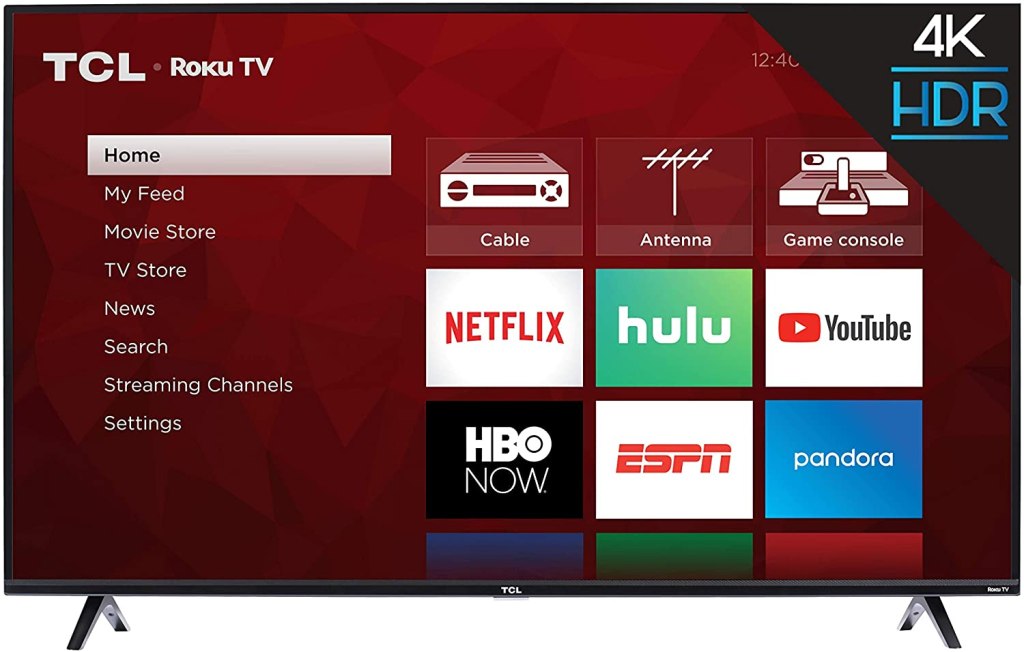 It’s pretty incredible how affordable 4K TVs are now, and the Hisense H8G is proof. This affordable flat-screen TV doesn’t even hit the $400 mark, but still offers 4K, Dolby Vision and Local Dimming that is in the same class as the TCL 5-Series. Even better, you can often find the 50-inch version of the H8G for a few bucks less than the 50-inch version of the TCL 5-Series. Plus, it’s even Google Assistant-enabled, so you can find your favorite shows without having to use your hands. Pretty incredible when you consider the price. 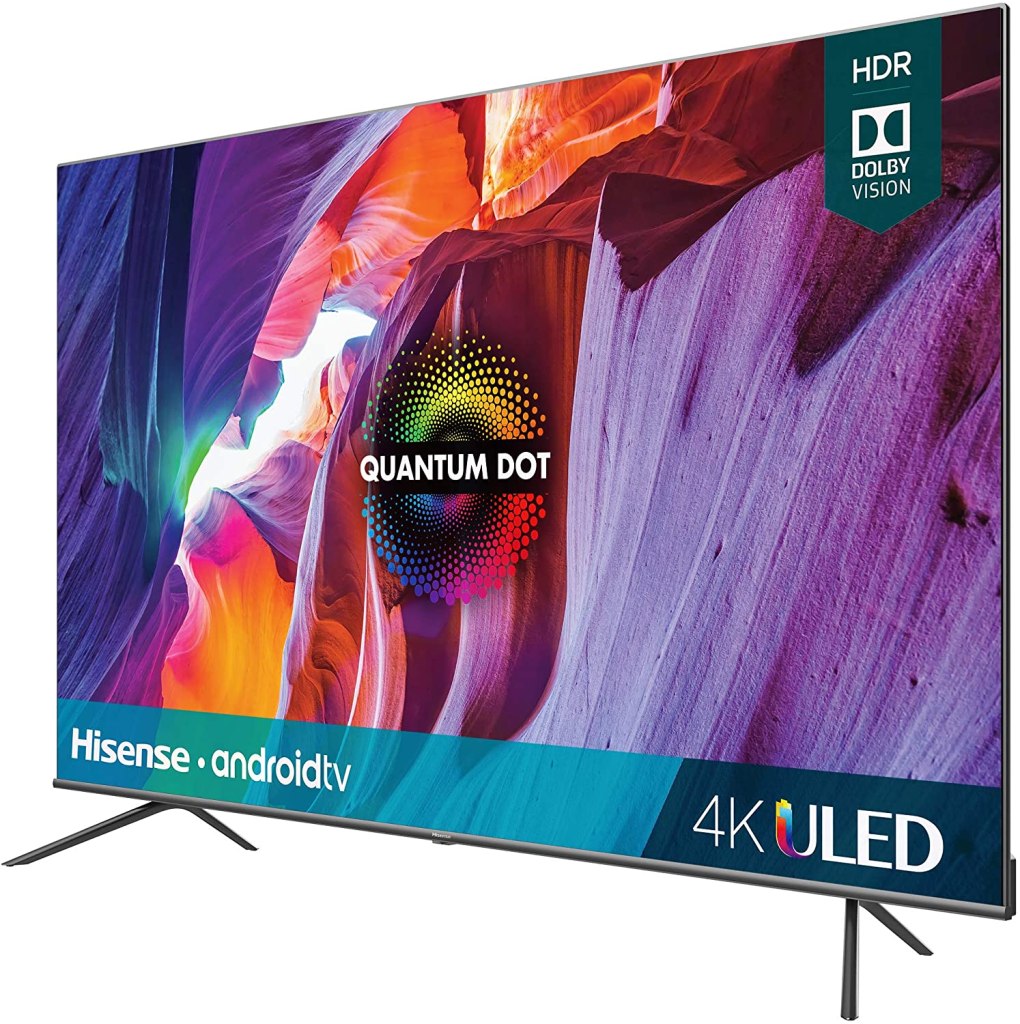 Once you get down to the TVs under 50 inches, it becomes harder to find sets that compete with larger sets in terms of features. While you may scoff at the fact that this set is only 1080p, the truth is that the benefits of 4K over 1080p are significantly less noticeable on displays this small, and since most of them don’t support local dimming, the full benefit of HDR is also diminished. You still want a TV that looks good, sure. But what you’re mostly looking for at this size is a TV that is easy to use and has a good smart TV interface. This 43-inch Toshiba is not only powered by Amazon’s very solid Fire TV software, but it comes at a price that’s near-impossible for any other half-decent 43-inch TV to beat when it’s on sale. This was one of the best Prime Day TV deals of 2021, and it’s still on sale if you’re looking for a cheap smart TV. 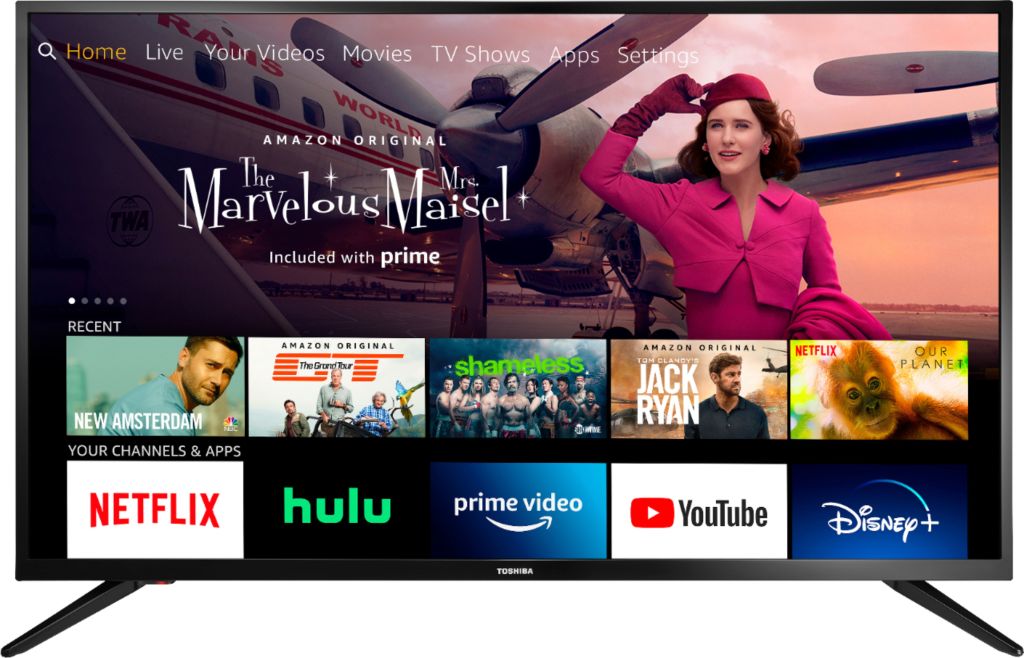 While most 43-inch TVs focus on value rather than performance, there are few affordable flat-screen TVs this size that have a pretty good picture. The Samsung AU8000 won’t set any benchmarks for innovation (made evident by the lack of local dimming and 120 Hz refresh rate), but it does offer 4K resolution, HDR10 support and very low input lag for the gamers out there. If you really insist on a 1080p TV and are willing to jump up to a 50-inch set, we’d maybe recommend spending an extra $30-$50 and going with the 50-inch Hisense H8G. But if you’re also intent on buying something under 50 inches, this is the best 43-inch flat-screen TV that’s also still affordable. 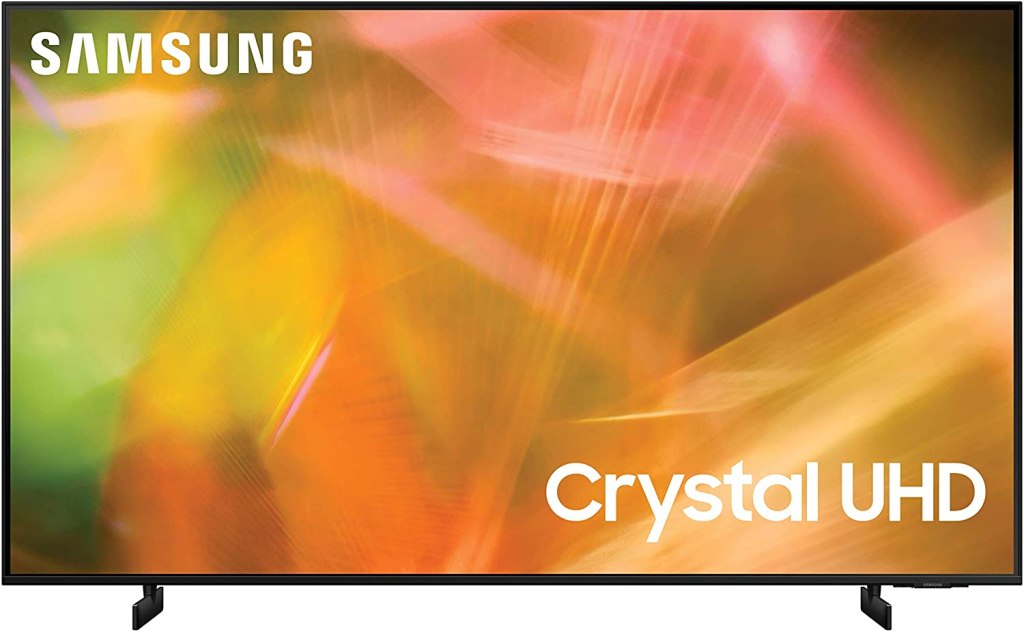 If a cheap, small TV is what you’re after, look no further than the 32-inch TCL 3-Series, which is a no-frills option that will nonetheless provide a decent picture in any room that you place it in (and given its compact size, it will fit in virtually any room). Like other TCL TVs, this one comes with Roku’s smart TV interface, which means you’ll have access to all the same streaming apps and services that you would get on a TV like the 6-Series. And while this may not have features such as 4K or Dolby Vision, you’ll be too busy enjoying the money you saved with this TV to care. 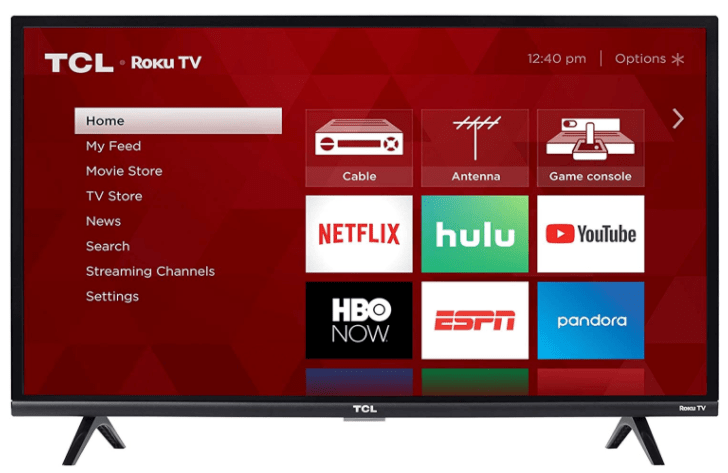 This 24-inch TV is diminutive by 2021 standards, but is the perfect companion in the kitchen and can either be mounted on the wall or attached to its included stand. The smaller screen size means that you won’t lose much sharpness at 720p, while the IPS panel ensures wide viewing angles. It also comes with an anti-glare surface, which makes this TV ideal for daytime viewing in a bright room. Pair this with a simple streamer like a Chromecast or Roku Express HD and you’ll have a perfect secondary TV setup. 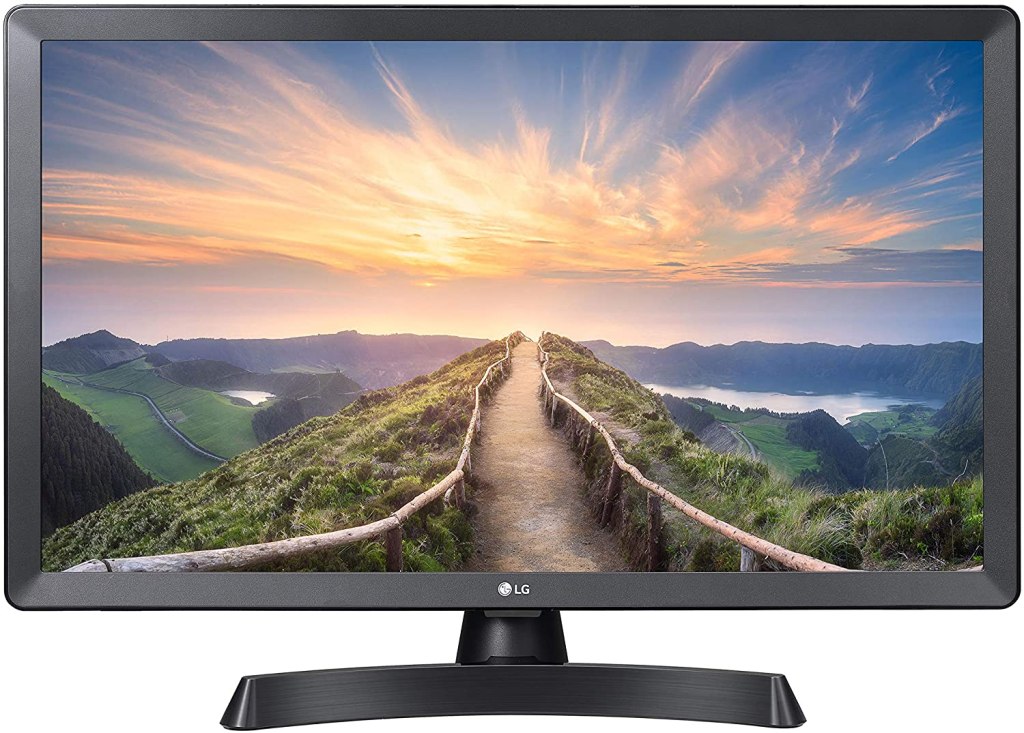