I wanted to like Amazon Luna. I really did.

When I got the offer to review Amazon’s new video game streaming service ahead of time, I jumped at the chance. Video game streaming holds a lot of potential, especially for people that want to reduce the amount of clutter in their home and easily access a wide library of titles without swapping out cases. The idea of being able to play on-the-go is also massively appealing. It’s a new concept, though, and not one that has been executed well. Google Stadia didn’t live up to its potential, and Nvidia GeForce Now has a lot of room for improvement.

Amazon Luna was the latest and greatest hope, but after spending a week testing out different games, I think it’s safe to say that physical games are still the best option for the moment. There’s a lot of potential in the Luna, but it falls short of the promise at the moment. Read on for my full Amazon Luna review. 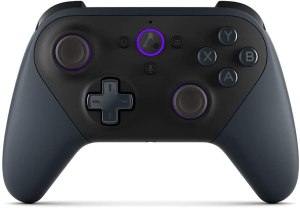 Amazon Luna doesn’t require traditional installation. The box is little more than the controller; the service itself is available through the cloud on your phone, computer or by streaming to an Amazon Fire Stick. I downloaded the Luna Controller app from the App Store and followed the on-screen instructions, connected the controller to my WiFi, and had it up and running in less than two minutes.

The controller is setup by default, but you can adjust settings within the app itself — like whether the controller rumbles or not, whether you want to use USB power mode and whether or not to auto-connect through Cloud Direct. You can also opt in to uploading logs from the controller itself to help Amazon identify and improve performance in the future.

The Luna Controller is hefty, with a nice weight to it (especially once the batteries are installed.) It doesn’t feel cheap at all, at least when you first put hands on it. The design and layout is almost identical to that of an Xbox controller, with a few minor changes — like the inclusion of a mute/unmute button just below the central Luna button. It feels good in the hand, until you start pressing buttons. 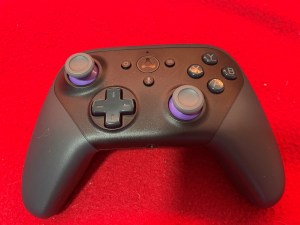 The back buttons and thumb sticks feel great, with just the right amount of resistance for almost any game. The D-Pad and face buttons leave a lot to be desired, though. The buttons themselves feel durable, but pressing the D-Pad feels a lot like pressing down on a too-old orange — unpleasantly mushy. The face buttons strike a strange balance between too clicky while somehow still mushy. In any game, the controller should be a non-issue, but I found myself acutely aware of the controller in my hands during my time reviewing Amazon Luna.

The design of the app itself is quite nice. Games are broken down into different channels, like Editor’s Picks, Retro Channel, Jackbox Games and more. It’s easy to navigate and sort through the Amazon Luna library. You can even search by title, genre or developer if you’re a fan of specific studios.

Amazon Luna has an impressive lineup of games, with a little bit of something for everyone. The games are broken down into six channels

I’m not sure the exact number of games in the library (Wikipedia says 86), but there are enough to keep you entertained. Each channel costs a different amount to subscribe to, and you pay for every subscription on a monthly basis. There are a rotating selection of free-with-Prime titles in the Prime Gaming channel. At the time I tested Luna, I could play Devil May Cry 5, Phogs, Observer and Flashback for free.

The Family channel includes games like Bee Simulator and Battle for Bikini Bottom – Rehydrated for $2.99 per month. You’ll find a lot of options that are appropriate for a family game night here. The Retro channel is $4.99 a month and includes a lot of classic games like Street Fighter II, the Castlevania Collection and even significantly older titles like Missile Commands and Bad Dudes.

Ubisoft+ is the doozy, coming in at $17.99 per month. For reference, that’s the price of a Game Pass Ultimate subscription. It includes a lot of newer titles, including Assassin’s Creed: Valhalla, Farcry 6, and Watch Dogs: Legion. Jackbox Games is full of party games that are great for non-gamers and is a cool $4.99 per month.

You can try out the Family and Retro Channels for free for seven days, but if you want to test out Ubisoft+ or Jackbox, you’ll need to pay to play. The free trial is a great way to check out which games are for you, especially if you’re coming into Luna without a lot of prior gaming experience.

Amazon Luna performance is all over the place, like a bunch of missed pellets at the end of a round of Pac-Man.

I downloaded the app and fired up the Capcom Classics Collection. My phone saw the controller within the Luna Controller app, but refused to recognize it in-game. After resetting the controller three times, I finally managed to use it — and after exiting the game, it forgot the controller existed. I opted just to use the on-screen controller instead.

It’s worth noting that you need a 5G or solid WiFi connection in order to play any game on Luna. On a mobile data connection, even a schmup like 1942 lagged to the point that it was entirely unplayable. The on-screen controller also leaves a lot to be desired.

Next, I tried playing on Chrome. The good news is that you can stream Luna straight to your browser, and the startup process is pretty straightforward. You can even play with mouse and keyboard if you prefer (although most games benefit from the controller.) On my PC, which is connected via Ethernet and receives 1.2 Gbps down and 40 Mbps up, Luna warned that I had insufficient network speeds, and I could definitely feel the lag in Devil May Cry 5.

After this, I threw my hands up in frustration. If a hardwired computer couldn’t reach the necessary speeds, what could? I moved next to the Amazon Fire Stick 4K. I thought that an official Amazon device might perform better overall. I was right, to an extent — I received the best gaming performance on the Fire Stick. I fired up Street Fighter II, a game that I sunk hundreds of hours into as a child and am intimately familiar with, and jumped into a test fight: Ryu vs. Blanca, a pretty standard matchup.

The first thing I noticed were sound glitches. It sounded like too many sound files tried to play at once, resulting in a garbled mess that might have called to Cthulhu. 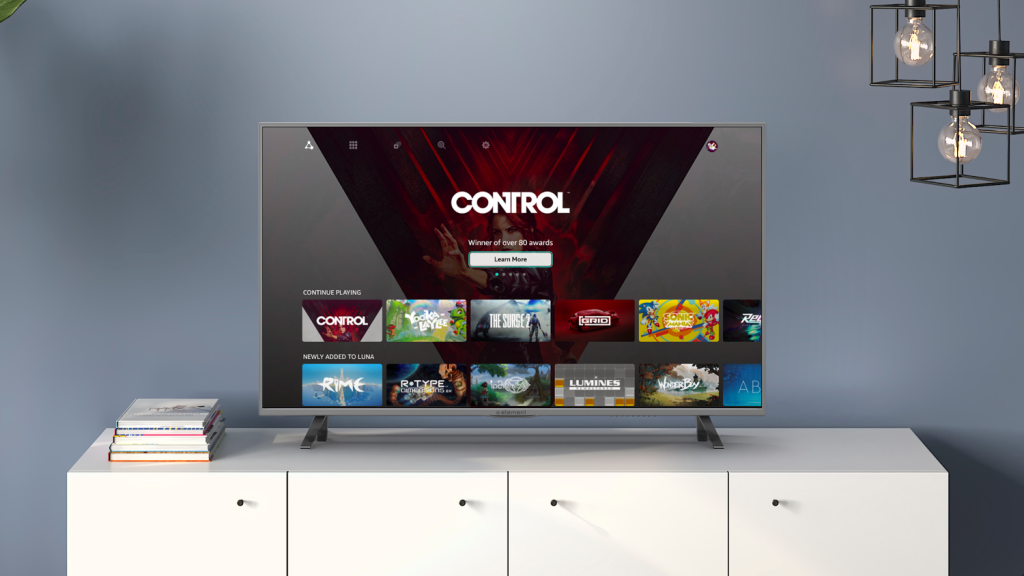 Anyone that has ever played a fighting game knows it requires almost zero lag. Button inputs need to be precise and timely. It’s difficult to pull off a Hadouken when inputs lag, or to block an incoming attack or grapple an enemy. Although Street Fighter II performed okay, I could definitely feel so much lag that it interfered with the game.

I followed Street Fighter with Sonic Mania. It performed well, with no sound glitches — and though inputs lagged, it didn’t make the game completely unplayable. I still enjoyed myself, but I would have enjoyed it more had I not lost rings and time to poorly-executed jumps and dodges on account of the streaming.

In short, any game that requires precision input isn’t a great match for Luna. My home network is fast and set up on WiFi 6, but even that didn’t make up for the performance issues. The best games are those that don’t require twitch responses; turn-based RPGs would be optimal, but even some of those need quicker inputs for minigames (like Zell’s limit break in Final Fantasy VII.)

It’s not all bad, though.

If you press the Luna button in the center of a controller during a game, you can choose to stream your gameplay or start a Luna Couch session. Luna Couch is a service that lets you play a multiplayer game with a friend, even if they aren’t an Amazon Luna subscriber.

Amazon Luna brings a lot to the streaming arena. Easy multiplayer, an impressive game library and an overall decent controller (that actually can serve as just as standard Bluetooth controller for almost any other console) are all marks in the “yes” column — but the overall performance is so poor that, even in games I enjoyed, I found myself thinking I would have more fun just by playing it on PC or another console. So like the Luna feedback sessions that appear at the end of each game, I would rank it somewhere between “Reasonable – a Few Issues” and “Poor – Barely Playable.” There’s a chance it could be great in the future, but a lot will need to improve before that happens.

No. At $70 for the controller alone, plus the added cost of a month-to-month subscription, you’re better off saving your money and picking up an Xbox controller and a Game Pass subscription. Luna doesn’t make for an enjoyable gaming experience, and many of the titles in its library — while great games on their own — are ill-suited for playing on anything other than the steadiest, fastest connection in the world.

The Best Video Game Streaming Services To Try in 2021