The future is here, and so far it’s been pretty disappointing — more Black Mirror than Back to the Future 2.

Once upon a time, we imagined flying cars and hoverboards, but think of the future today and you’re more likely to picture rising sea levels and swarms of delivery drones, both of which are imminent.

Last month, Amazon announced plans to start delivering packages via drone for residents in Lockeford, California. On July 15, Amazon confirmed that that service will be expanded to College Station, Texas. A specific date for launch hasn’t been given yet, just a vague ‘later this year’ timeline, but the introduction of a second test case is very interesting.

Amazon promises that delivery drones will “create new jobs, build partnerships…and help reduce the impact of climate change on future generations.” This isn’t the first time we’ve heard news about the potential of drone delivery, but it brings Amazon drones one step closer to reality.

There are some interesting use cases for delivery drones. For instance, what if a delivery drone could deliver Narcan or other life-saving medical supplies to someone in distress? However, filling the skies with delivery drones is a more controversial idea. 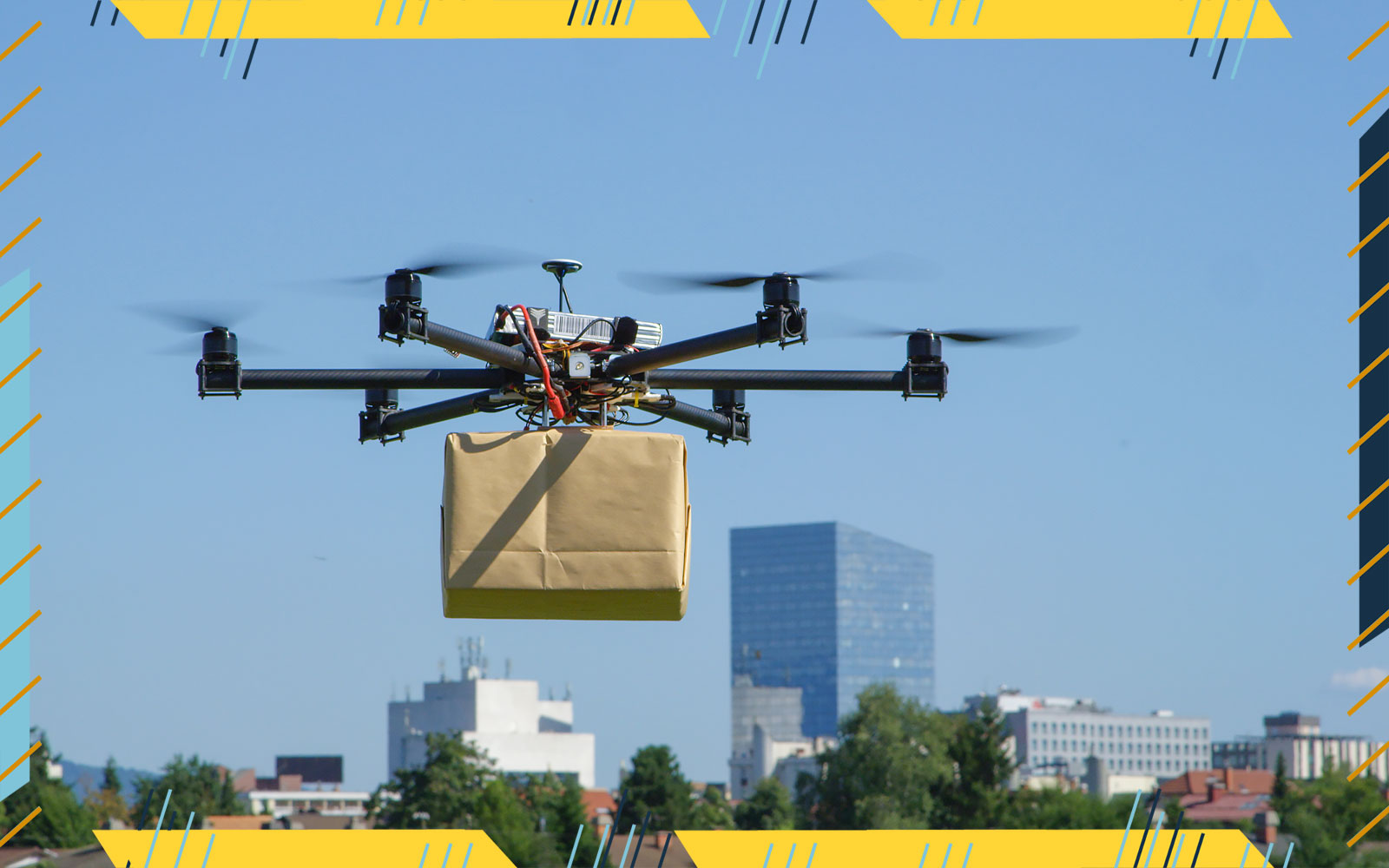 This photo does not show an actual Amazon delivery drone and is used for illustration purposes only. Licensed from Adobe

What We Know About Amazon Prime Air Drone Delivery So Far

Details on drone delivery have been kept close to the vest, but we do know a few details. Prime Air (the name of the delivery fleet, unsurprisingly) drones are said to fly up to 50 miles per hour and up to 400 feet high. The way the delivery works is that the drone will navigate to a customer’s home, hover just off the ground as it delivers the package at a designated drop zone, and then return back to its normal altitude.

The idea of a drone delivery system started in 2013 under the premise of half-hour shipping. However, it wasn’t until August of 2020 when the Federal Aviation Administration actually gave the company permission to operate a fleet of drones for commercial purposes.

With an estimated half-hour delivery time, the drones will only deliver to a given area. Amazon specifically used the word “hundreds” in describing the customers this test would serve.

The drones are around 6.5 feet wide and 4 feet tall, which has raised some concern from consumers due to their size. Of course, the last thing we all need to worry about it a drone falling from the sky and causing an accident.

It’s not clear how long it will be until Amazon drone delivery becomes standard across the country, much less on a global scale. It’s multiple years away at best, but drone delivery could, in theory, reduce the need for carbon-emitting vehicles and ensure customers get their packages that much faster.

Furthermore, under the current FAA rules for commercial drone flight, it requires pilots to have line of sight visibility with the drone. While 400 feet up in the air can still be visible, we don’t know how far these drones will travel to make deliveries. Amazon hasn’t disclosed this piece of information either, but if these drones are able to fly miles to get to their destination, it would mean changes to the current rules put in place.

The Best Drones for Beginners