* $13.7 billion deal is Amazon’s biggest purchase yet
* Whole Foods currently has 460 stores in the US, UK and Canada
* Walmart, Target, Costco and other stores instantly saw sharp drops

Stocks went wild last week when Amazon announced it had purchased the high-end grocery chain Whole Foods. At a whopping $13.7 million, it’s the single biggest acquisition in Amazon’s history. So what do the largest global e-commerce platform and the nation’s biggest organic grocery store have in common?

With more than 460 physical stores in the US, UK and Canada, Whole Foods is seen as the leading purveyor of fresh, organic produce, which is exactly what Amazon has been looking for. For years the e-commerce giant has wanted to get its foot in the door in the grocery market, even going so far as to dabble in their own small-scale chain of Amazon Fresh brick-and-mortar grocery stores. With the Whole Foods name and sizable following on their side, Amazon has the potential to revolutionize how people shop for food.

According to Moody’s analyst Charlie O’Shea, “Amazon’s announcement this morning that it had agreed to acquire Whole Foods Markets for around $14 billion is a transformative transaction, not just for food retail, but for retail in general. Implications ripple far beyond the food segment, where dominant players like Walmart, Kroger, Costco, and Target now have to look over their shoulders at the Amazon train coming down the tracks.”

The possibilities are endless. Could Amazon start offering Prime shipping on your Whole Foods orders? Will Whole Foods start selling computers and Blu-ray players in stores? What about cross-functional 360-degree online grocery shopping? Only time will tell.

What we do know, however, is that this merger is going to change how people shop for food. Also: it’s created some pretty great memes. 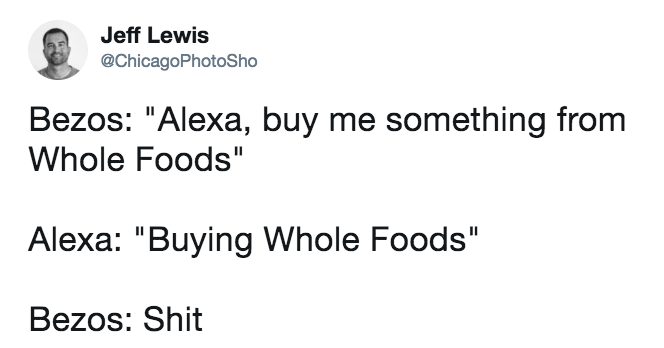 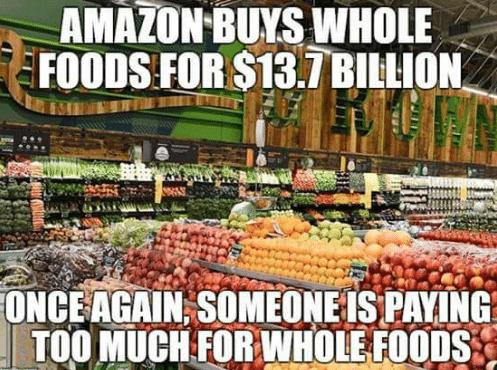 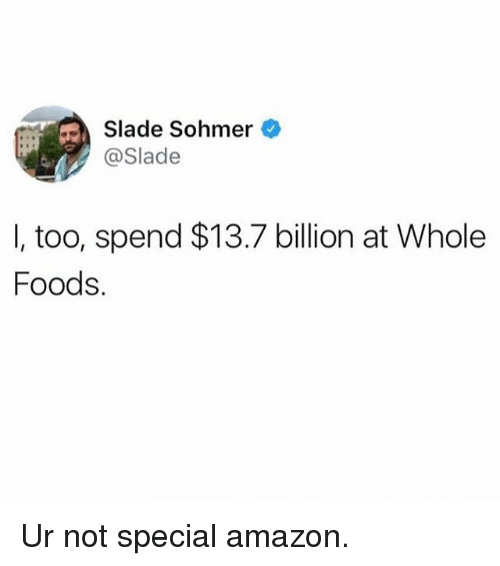