If you’re old enough to remember the release of the original iMac, then you surely have the image of those rainbow-colored blobs burned into the back of your brain. And nearly 23 years later, Apple is going back to the beginning as its inspiration for the new iMac featuring the M1 chip.

Available in 7 colors — red, orange, yellow, teal, blue, purple and silver — these shades are a nod to the original colors offered with the G3 iMac in 1998.

Almost resembling a giant iPad Pro on a stand, the M1 iMac is definitely the sleekest iMac to date. Despite having a 24-inch display, the slimmed-down bezels mean that it’s only just bigger than the old 21.5-inch iMac. Just 11.5 mm thick, you can fit this anywhere you can stick a computer monitor.

But more than just form and aesthetics, the M1 iMac comes with some serious horsepower and a suite of features that promises to make this the perfect computer for anyone who will be working from home for the foreseeable future. 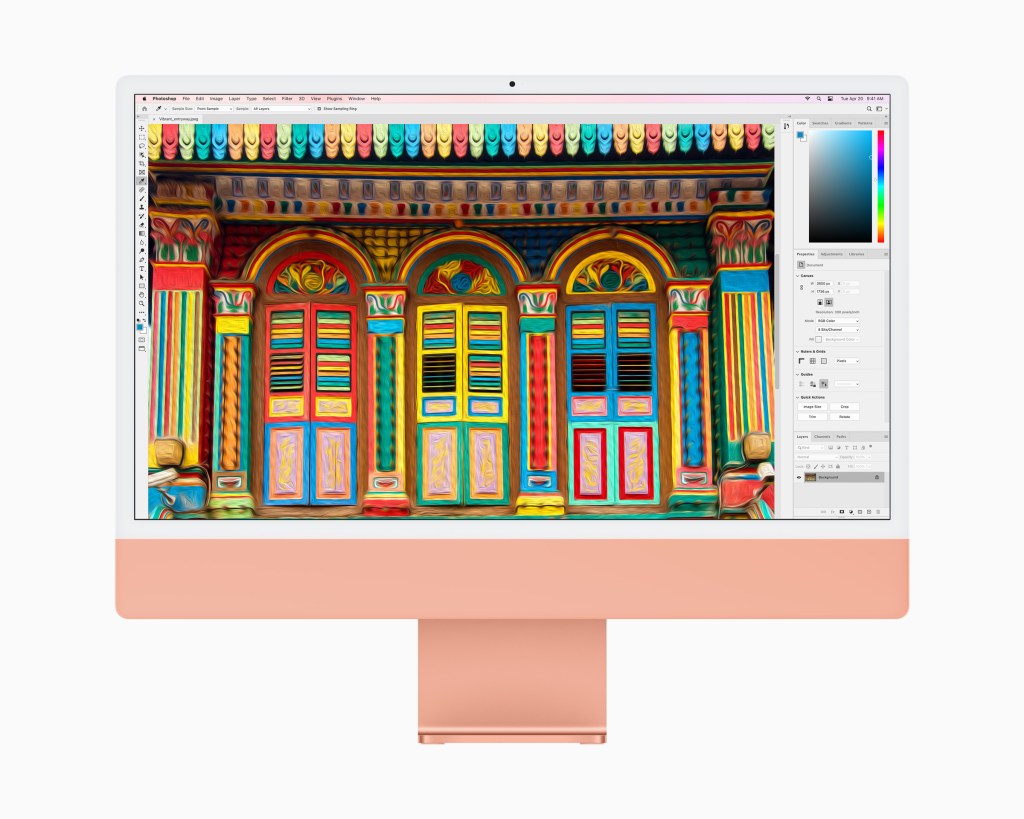 With the same 8-core CPU that’s featured in the current generation of the MacBook Air, MacBook Pro and Mac Mini computers, as well as the new iPad Pro, this iMac is a wildly powerful computer. As we’ve written about before, it’s easily one of the most impressive tech innovations to date.

But more than just giving the iMac enough power to handle everything shy of editing 4K video or gaming in 4K, the M1 is also the reason why the new iMac is impossibly svelte. Because the M1 is designed like a smartphone chipset and has its CPU, GPU and RAM all housed in a single module, Apple was able to create a motherboard that isn’t much bigger than a stick of RAM. And because the chip is so efficient, it only needs two small fans on each side to keep it cool. The end result is a computer that’s smaller than most monitors. 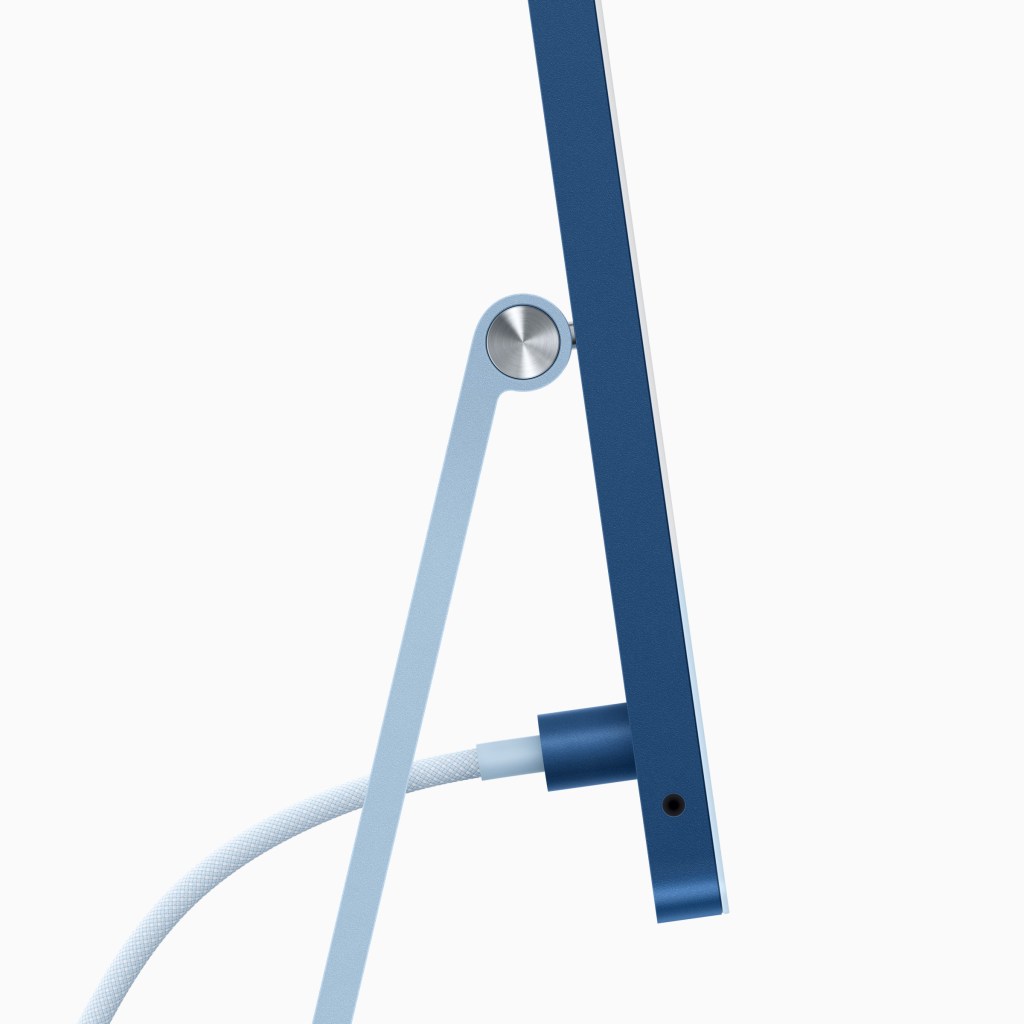 But all this computing power would be worthless if you can’t put it to good use, and the new M1 iMac has plenty of new features that cater to the needs of the modern worker.

Those who work from home know all about spending time in video meetings and Zoom calls. They also know most computers have absolutely awful built-in webcams. The iMac wants to fix that with its 1080p FaceTime HD camera, which Apple says is the best ever to be featured in a Mac. Utilizing AI to enhance image quality, this camera should be able to handle unfavorable lighting conditions so that you always look your best. 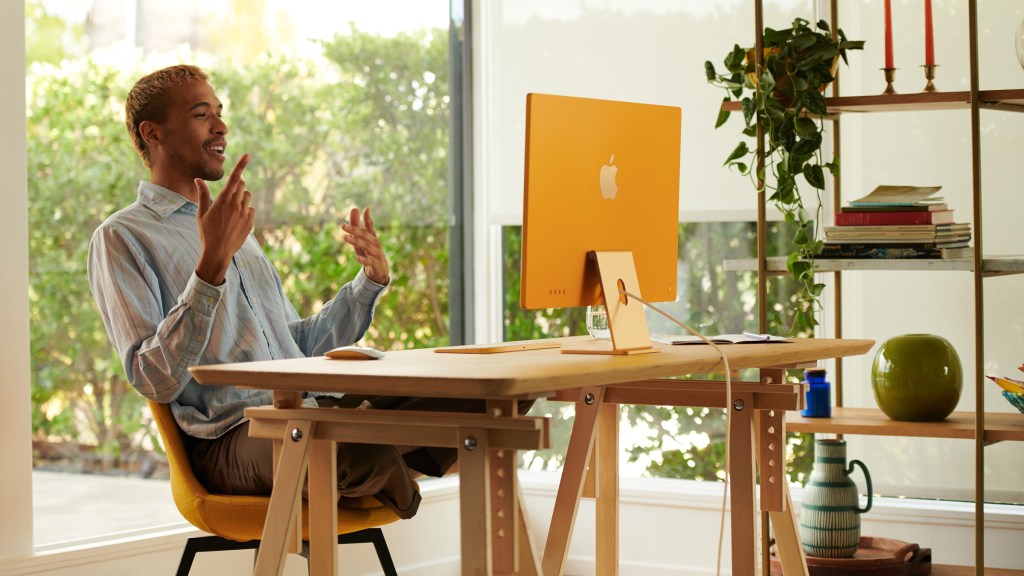 And while Macs have always had really solid microphones, the mic in the M1 iMac is loaded with beamforming and noise-cancellation tech so that the people and things around you don’t spill over into your meeting.

Meetings are a conversation, however, and if you can’t hear the person on the other end, nothing else matters. With that in mind, the new iMac has custom-designed speakers that give the iMac spatial audio that’s compatible with Dolby Atmos.

But it’s not all about work with the iMac. Sure, the iMac’s 4.5k Retina has a wide color gamut, True Tone support and 500 nits of brightness that is perfect for creatives. But it’s also just as great for watching movies, allowing visuals to pop off the screen right before your eyes. And with the deceptively powerful GPU hiding inside the M1, it will also look great with games. 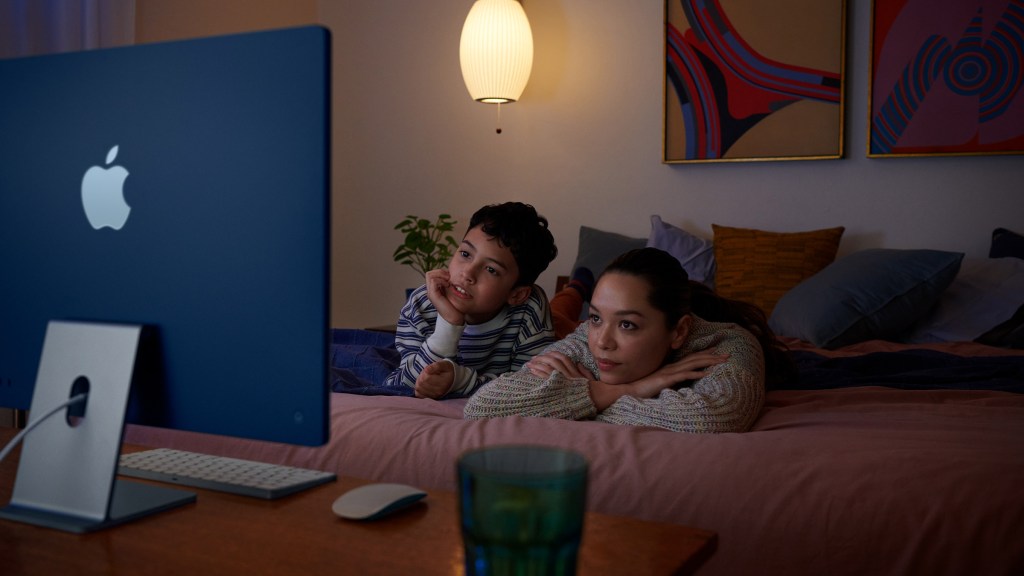 Best of all, the M1 iMac is still relatively affordable despite the fact that it looks better and will likely perform better than any other all-in-one on the market. Pre-orders for the iMac begin on April 30 and will start shipping in May. As far as configurations, there are two main ones to choose from:

You can get the iMac with a 7-core GPU and your choice of four colors (red, blue, teal, silver) starting at $1,299. Meanwhile, the $1,499 model will get you the 8-core GPU, your choice of all seven colors, and two extra USB-C ports (giving you four in total).

Apple TV 4K Gets an Upgrade

It wasn’t just iPads and iMacs that got a refresh at Tuesday’s Apple event.

While Apple TV has always been a secondary priority for Apple from a hardware perspective, the Apple TV 4K refresh shows that the Cupertino company hasn’t put it on the back burner.

While the updates are fairly incremental, the Apple TV is now packing the A12 Bionic chip which gives enhanced abilities, like support for HDR video at 60 frames per second. Furthermore, games on the Apple TV will get a graphical boost from the more powerful GPU.

On top of that, Apple has completely redesigned the Apple TV 4K remote in response to years of complaints related to the touchpad design of the old remote. In its place, Apple has brought back the click ring design of previous Apple remotes, but still managed to preserve the touchpad for those who do actually like gesture-based navigation. Additionally, the new remote has buttons that are capable of turning your TV on and off, as well as muting it. 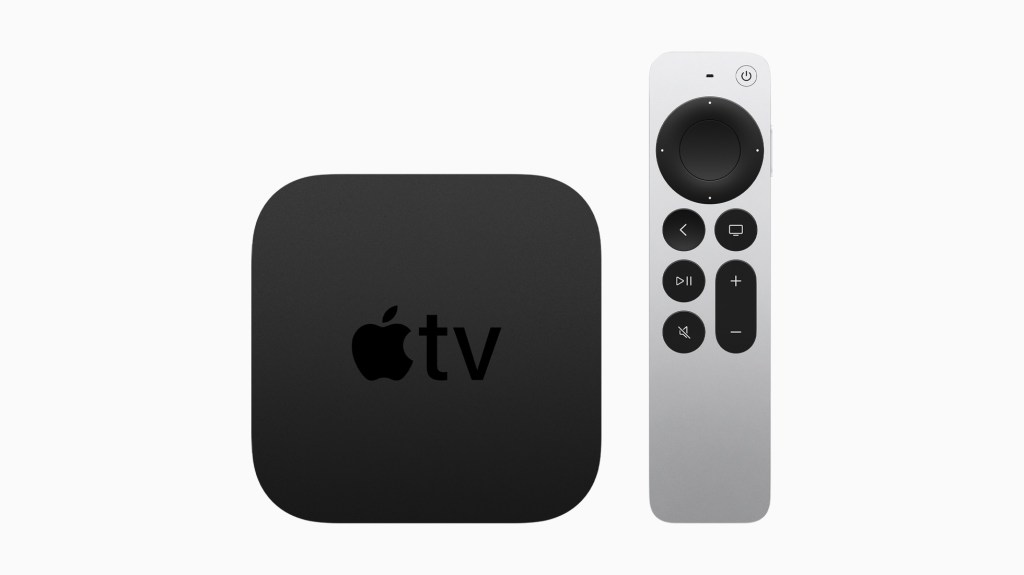 But for those of you who are always looking to optimize your home theater settings without spending thousands on calibration gear, the new Apple TV can work with your iPhone to analyze the color and white balance of your TV, and then make changes to the content itself so that it looks as accurate as possible on your TV.

Given that Google, Amazon and Roku all have excellent 4K streamers that cost less than $50, the Apple TV 4K was always going to have to offer a little something extra to justify its $179 price tag. But the question is: Is it enough to make it a good buy when it hits store shelves in mid-May?

After being rumored for what seemed like forever, the cover has been pulled off of Apple’s AirTags. These are Apple’s version of the Tile Bluetooth trackers, allowing you to stick them on your keys, phone or anything else so that you can quickly find them if you ever forget where you last put them.

All you have to do to activate your AirTag is place it near your iPhone, and once you do, it leverages ultra-wideband wireless technology to broadcast a signal that your phone can pick up through Apple’s Find My app. 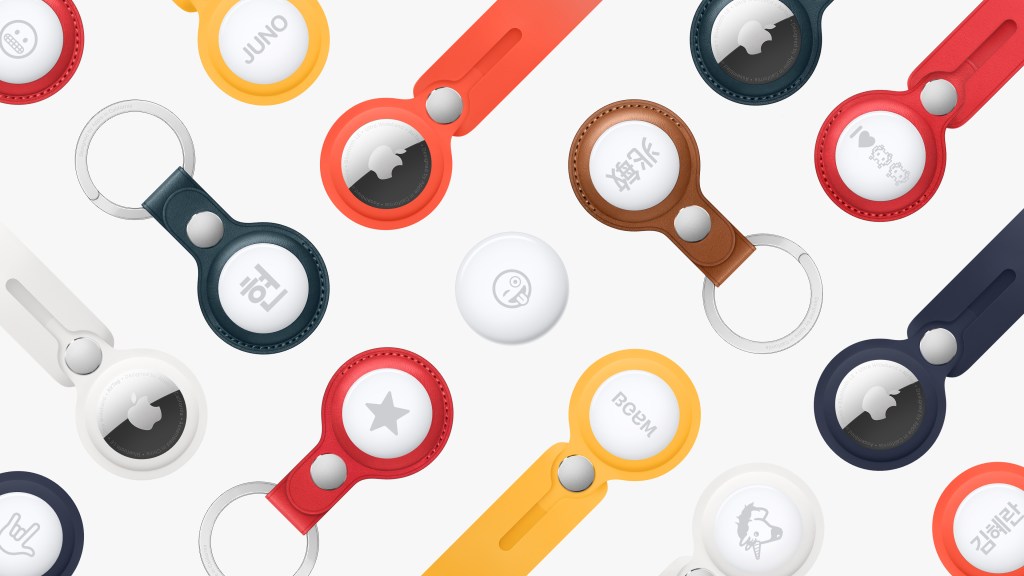 Additionally, every tag is IP67 rated, which means it’s waterproof and dust resistant and has a built-in speaker that can emit a sound to help you locate it. Furthermore, if you lose something with an AirTag when you’re outside of the house, you can send an alert out to other Find My users to try and locate your missing item.

In an interesting twist, you can even customize your AirTags with emojis and other special characters when you order them. AirTags are set to go on sale April 30, and you will have the option to buy one for $29, or four for $99.

The Best Desktop Computers You Can Buy in 2021