Nearly seven months after Apple Music was revamped for iOS 10, the listening service has now been updated for Android users as well. Apple Music Version 2.0 features a more streamlined and intuitive navigation, reorganizing everything into four sections: Library, For You, Browse, and Radio.

The Library will contain all your songs and playlists, while new releases and content will live under the “Browse” tab. The browse section will also let you search pre-loaded playlists by mood, activity (I.e. workout) and genre, similar to Spotify. 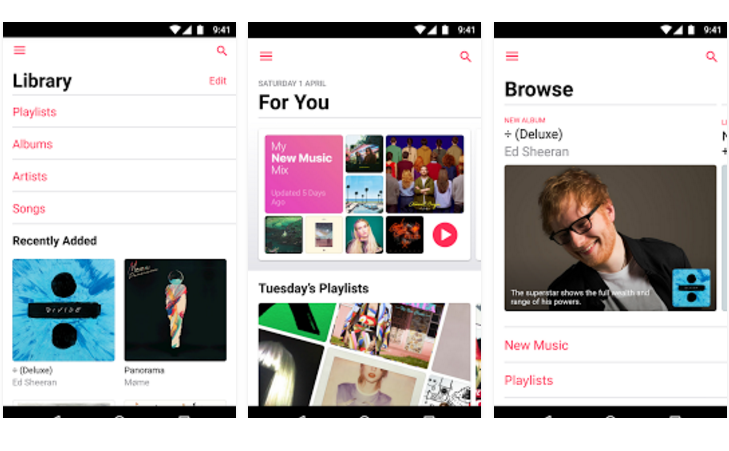 You’ll get recommendations for songs and artists you may like under the “For You” section, while the Radio section is where you’ll find Apple’s popular Beats 1 station, along with a wealth of other options.

The update also introduces new features for Android users, like the ability to read lyrics on-screen while you listen to the songs, and the ability to listen to downloaded music offline. Album art is also much more prominently displayed.

With this update, the Android app now looks pretty much identical to the iOS version, which is good news for design buffs who love using Apple Music, but not the Apple iPhone.

The Apple Music for Android app is free to download on the Google Play Store. A subscription currently costs $9.99 a month.