Video gaming in the year 2021 is all about freedom of choice. Sometimes it makes sense to invest in a beefy gaming computer to play games at their highest possible power. Other instances call for something like the Nintendo Switch to allow on-the-go gaming. But what if there was a solution that offered the portability of a Switch with the power of a PC? That’s what the Backbone One gaming controller provides, on top of a host of other features. SPY received a Backbone One of our own to test and we were extremely impressed with the results.

Backbone One: What We Liked

While you can use the Backbone One for more heavy-duty gaming (more on that in a bit), the original intention of the controller is for mobile gaming on your iPhone. The Backbone is inherently unfussy in its simple execution; a retractable back adjusts to fit the size of your Apple device and then connects to your phone through the included Lightning port. It’s super simple to set up and only takes a few seconds to get going — including me taking my phone case off to use it.

From there, using the Backbone is super easy; you can still use the touch screen of your iPhone to navigate over to the app of your choice, whether it’s an individual iPhone game, a remote play application, or even the Backbone application itself. The app is super handy, allowing you to see what iOS games are popular with the device, what other Backbone gamers are playing right now, tailored recommendations, launch remote play sessions, and much more. You can even connect with friends and even group up with them from within the app itself. 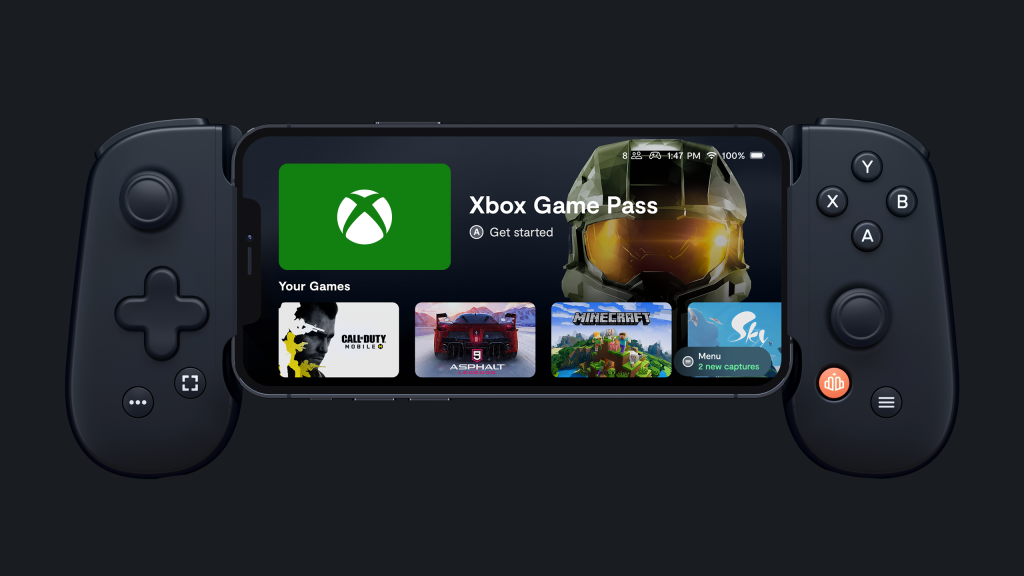 Using the Backbone is a legitimately fun experience and is instantly better than using the iPhone’s touch screen. The controller feels good in your hand, providing an extremely familiar sensation to those used to playing with a traditional controller. Playing Ratchet & Clank: Rift Apart on PlayStation remote play was a seamless process. I completed a whole level (including a boss fight!) from my couch without breaking a sweat or feeling like I’d lost anything by playing on my phone with the controller. Using the Backbone on Microsoft’s new XCloud beta worked well with some adjusting, as I discovered the default sensitivity options on games like Gears of War or Doom: Eternal weren’t quite tight enough for me. While the video game streaming service beta itself needs some work, the Backbone performed flawlessly and felt like it’ll be an essential part of the experience moving forward (once Microsoft works through the issues on its end.) Playing games on iOS was equally fun, especially with more traditional gaming experiences like Dead Cells.

Honestly, there’s not much here to dislike. For some, the $100 price point may seem like a lot for an accessory, but it’s not that much more expensive than what you’d pay for an actual controller anyhow. Of course, if you’re not planning on using remote play, the proposition of using the Backbone might be a little more limited, but it’s still worth getting based on how much it improves the mobile gaming experience.

The Verdict: A Must-Own for Gamers

The Backbone One is such a handy device that can fully capitalize on the power of remote play, streaming video gaming, and even mobile gaming. My iPhone feels more akin to a super-powered Switch with the Backbone, capable of letting me play super graphics-heavy games on the go. That flexibility and freedom of choice are bolstered by an extremely well-made product. I’m truly in awe of how well-thought-out everything about the Backbone is, from the hardware itself to the execution of the Backbone mobile app. The Backbone is one of those devices I never knew I needed but now can’t imagine living (or gaming!) without.

The Nintendo Switch OLED Is Here, but Is it Enough of an Upgrade?