Perhaps more than any other consumer product, televisions are some of the trickiest tech items to shop for. With more acronyms than a federal agency (UDH, HD, 4K, HDMI, just to name a few), it can be difficult to figure out what the features mean, let alone how they will impact your viewing experience. But don’t fret! We’ve taken all the hassle out of the buying experience and simplified it to its core. By focusing on the best brands, we’ve rounded up eight 40-inch high definition TVs. Not too big or too small, these sets offer a seamless transition from watching movies on your laptop to the way they were intended to be viewed, on a nice crisp TV.

Samsung has long been the dominant force in mid-tier televisions and their NU7100 model arguably pushes the boundaries of what you can get at that price. This is a straight up 4K television (although performance won’t be quite as good as models double the price) but that’s okay as it’s a perfect gateway set for those looking to jump into a higher resolution. And you won’t have to spend a ton of cash to get there, either. Plus, the built-in upscaler means whatever you’re watching will come through clearer and crisper than it would normally, and at under $400, that’s a steal. 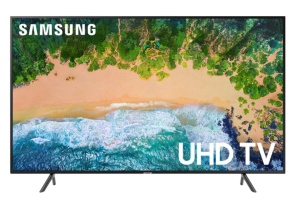 At under $140, this RCA LED TV is perfect for those who want to get a TV, but don’t want to go broke in the process. The three HDMI ports ensure its ready-made for your streaming stick or game system of choice. Additionally, the narrow frame and slim design make it perfect to either set on a stand or wall-mount depending on the available space. City-dwellers who are tight on space and cash, this is the solution for you. 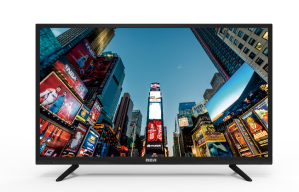 Much like the RCA, this Sceptre TV is a good solution for budget-conscious consumers who don’t want to miss out on good quality resolution. The LED, high definition screen (which boasts twice the pixel count of a standard HD set) ensures a full range of color, meaning that whatever you’re watching is sure to feel bright, bold and vivid–all while having a crisp image, so you don’t miss out on a single thing. Additionally, if you’re willing to spend the extra cash for this model, the Sceptre has included device streaming, which will allow you to instantly beam content from your smartphone or tablet to the TV in a flash. 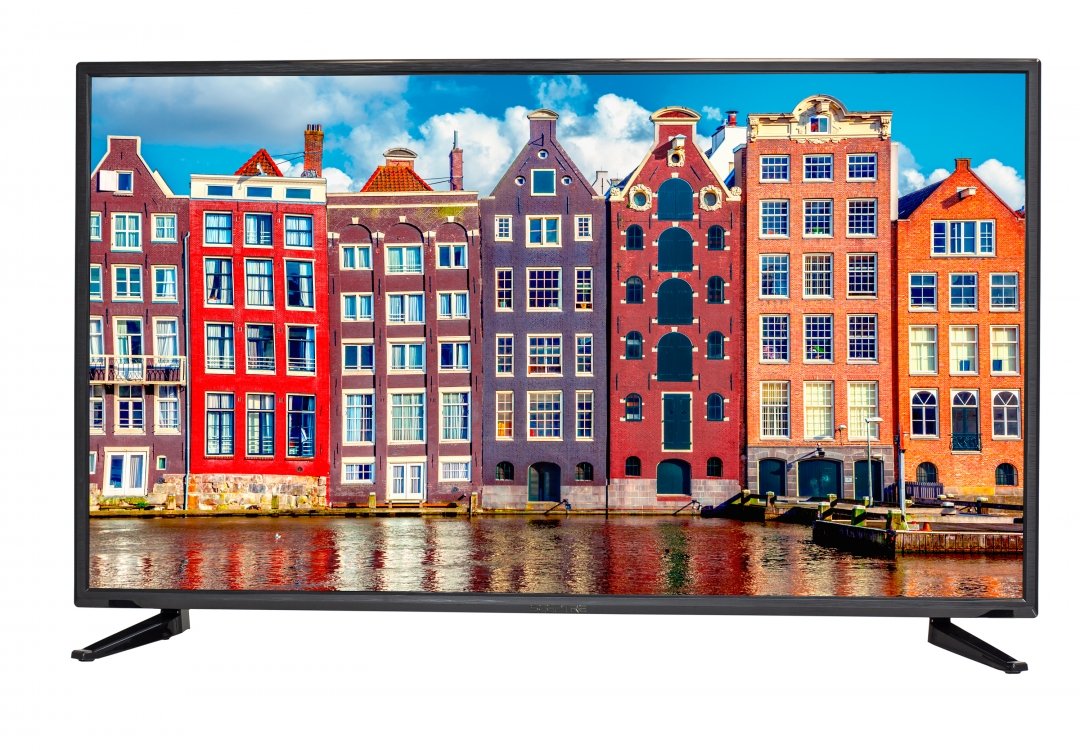 BEST EASE OF USE

Look, we know that it’s sometimes difficult to find an all-in-one solution for all of the various streaming platforms we’re subscribed to, but it’s a little easier than you might think. TCL and Roku teamed up for this smartly priced model that was designed around ease of use: Pretty much every streaming app you can think of is available right at your finger tips, along with an intuitive interface and a simple–but clear–remote. Standard features are also included (HD, 3 HDMI outputs, and a slot for a USB drive), as well as added compatibility for Amazon Alexa and Google Assistant. Overall, it’s a super easy-to-use product for, let’s say, your luddite parents who want to make sure they can talk with you about the latest plots on Stranger Things. 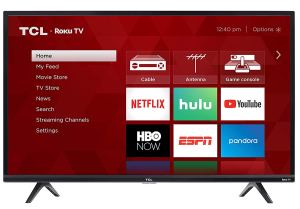 The Sony W650D has plenty of features similar to other models featured here (including built-in Wi-Fi for access to streaming applications), so there gets to a be a certain point where it just comes down to the little things that help set it apart. Case in point here: This model has cable management systems, is super slim and sports both audio and picture balancing capabilities. And with its ability to easily mirror video and images from a smartphone or USB drive, the W650D is a quick and easy solution for families who want to take a trip down memory lane or to share the latest viral YouTube video without having to dig through lots of different menus to do so. 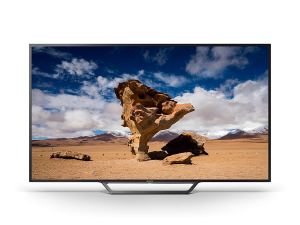 Since their entry into the market in the early aughts, Vizio has quickly made a name for themselves by offering quality picture for a price that doesn’t break the bank. That’s quite evident in the D40-D1, which has enhanced clarity and a high refresh rate–meaning that you won’t lose detail or quality during quick moving images (like your favorite action scene in a movie, for example). Combine that with standard smart TV features like Wi-Fi and connected apps, and you’ve got a box that will make whatever you want to watch look great. 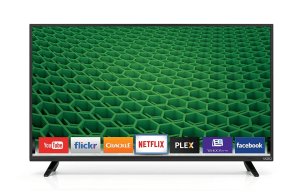 Designed from the ground up for smaller spaces, the new Hisense 40H5590F is perfect for college freshmen who want a smart TV for those down nights in the dorm. The brand worked alongside famed audio professionals DTS to create a TV that sounds as good as the picture will look. What’s more, they focused on creating a surround sound experience without requiring all the equipment necessary to do so. Additionally, the TV comes loaded with Google Assistant, meaning you’re just a voice command away from being able to switch between all your favorite smart TV apps and inputs. Plus, it’s probably cheaper than the cost of a college textbook. 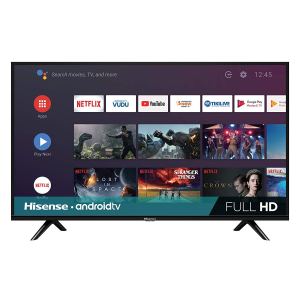 First things first, this is a bit of a cheat: We know this isn’t the full 40″– but — for those who have yet to try (or already love) the experience of using Amazon’s Fire TV, this Insignia set has that capability integrated right into the TV. This means you don’t need to seek an out of the box solution for your streaming needs. Plus, access to Amazon Alexa allows you to use your voice to control your smart home, TV, order food and countless other actions. Great as a second TV (perhaps for watching Netflix straight from your bed), there’s plenty of great value to be found in this HD TV option from Insignia. 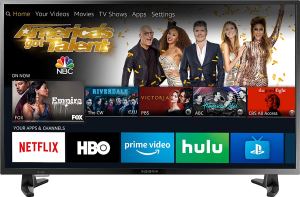