Despite 4K being the new standard for televisions, the adoption rate of 4K computer monitors has been a little slower, especially when you’re not talking gaming monitors. With 4K, you get higher resolution at 3840 x 2160, allowing you to see your favorite media in stunning clarity, providing a sharper, brighter, and clearer picture. If you’re streaming something on Netflix or even watching your favorite YouTuber, watching content in 4K is the absolute best way to experience video.

The best 4K monitors can vary drastically in price depending upon the feature-set you’re looking for. Still, there’s plenty of great options if you’re looking to get into the space without spending a considerable amount of money. Plus, as more and more computers, graphics cards, and even content begin to use 4K, having a monitor capable of harnessing that visual power is going to be a game-changer for your eyes. To help you sort it all out, we’ve rounded up eight of our favorite 4K monitors. Arranged from cheapest to most expensive, here are our top choices.

With an overall sleek design, modest price, plenty of ports, and striking colors, Dell’s P322QE monitor is the best monitor on the market. The great news is that you’ll have to do little in terms of color calibration out of the box to get it to work, as the extremely vivid picture looks great right from the start. Additionally, the stand for the monitor itself feels well-built and easy to adjust, allowing for a truly customized fit. Plus, Dell’s outstanding warranty means if you end up with a single dead pixel, Dell will replace the whole screen for you for free. 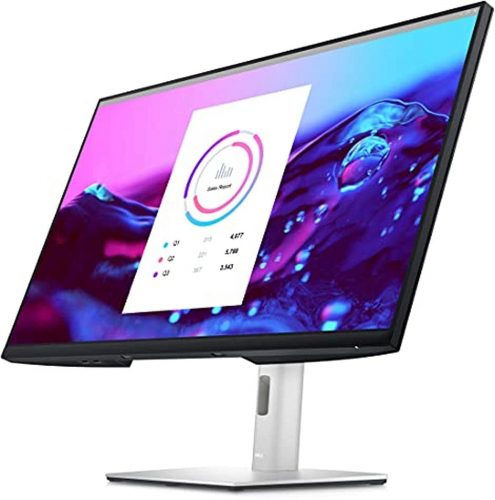 Acer’s Nitro VG271 is a fantastic entry-level monitor for those looking to get a 4K monitor on the cheaper side of things. Priced around $350, this is a stellar deal, especially when you consider how stacked full of features it is, including adaptive sync, a 28″ display, vivid colors, and wide viewing angles to make playing a game or watching a movie a breeze. While it doesn’t include USB-C, it has a USB hub that can help you connect many of your gadgets. 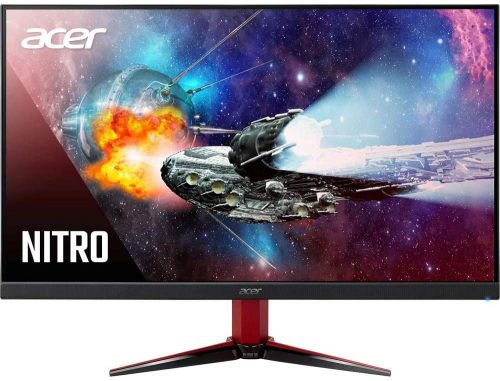 With its 27″ screen, thin bezel, and vivid display, Dell’s S2721Q 4K monitor is great if you’re looking to browse the web or watch streaming content in 4K. The 60 Hz refresh rate isn’t the best for gaming; however, you can get solid performance out of it thanks to its included FreeSync technology. We also like the wide, sturdy construction of the base, which will let it sit safely on your desk. Additionally, the S2721Q allows you to view content from multiple computers simultaneously on the same screen thanks to the included Picture-by-Picture or Picture-in-Picture functionality. 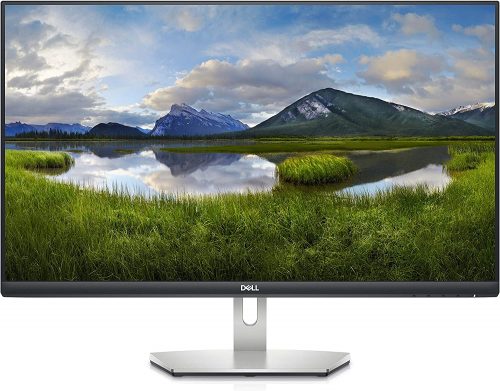 Don’t let its minimalist-inspired design fool you; the HP Z27K G3 4K Monitor is all about maximalism once you start using it. The display has an incredibly vivid and color-accurate display, which means each shade of color will pop nicely, while your darker colors will also have depth and richness to them. In addition, the four-way adjustability allows you to really customize your viewing angle. Plus, a variety of ports (including a display port, HDMI, USB 3.2, and USB-C) allow you to connect a multitude of devices to ensure you’re charged up and ready to roll at any given time. 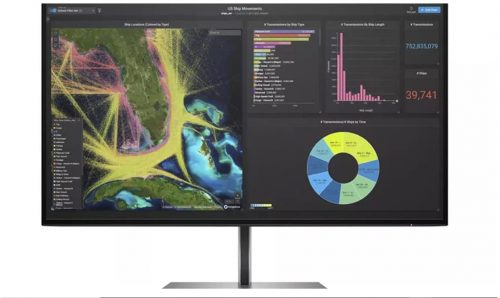 Great for office (home or otherwise) use, the Philips 279P1 4K monitor is capable of charging your laptop at the same time, thanks to the included USB-C functionality. The display can render flicker-free 4K images, while its included LowBlue mode helps make your eyes less tired by limiting the amount of blue light that your eyes absorb each day. Plus, the 27″ wide-angle screen makes its sizable display viewable from multiple angles while providing plenty of space for you to accomplish your work. 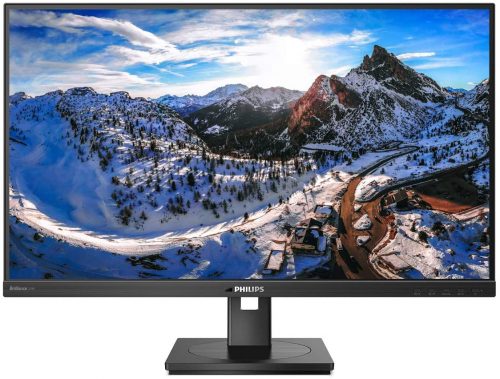 With its borderless design, small base (which makes it easy to install and takes up less space), ergonomic design, and stunning 4K 32″ display, the LG 32UN880 features the largest display on this list. Of course, bigger doesn’t always mean better, but luckily that’s not a concern here, as the unit is extremely quality on all fronts, including its construction and output. With features like USB-C connectivity and even a headphones jack, it’s versatile enough for all your computing needs. 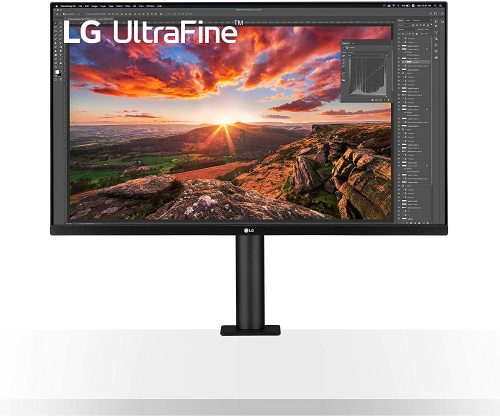 If you’re looking for a 4K gaming monitor that’s on the cheaper side of the spectrum, Acer’s Predator XB237K is a fantastic entry-level option. With a 120 Hz refresh rate, there won’t be any concern about screen tearing or dropped frames. Additionally, the G-Sync functionality makes it so your monitor reflects the game’s frame rate, helping to cut down on any flickering or studdering between the graphics card and your screen. The Predator is all about ensuring you have the speed needed to render your favorite game’s visuals in outstanding clarity. 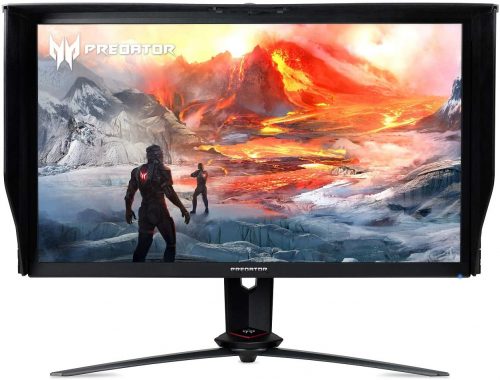 This 27″ 4K monitor from ASUS ROG has a host of premium features gamers will likely be willing to splurge for, including a 144 Hz refresh rate, Vesa Certified HDR Display, G-Sync compatibility, HDR output, and synchronized lighting. All of these features ensure your PC gaming experience is the best it can be, allowing for blazing-fast communication between your display and your graphics card and the best visual fidelity possible. But little features matter too, like the ergonomic design and even the ability to wall-mount it should you so desire. All-in-all, it’s a must for gamers who won’t settle for anything less than the absolute best. 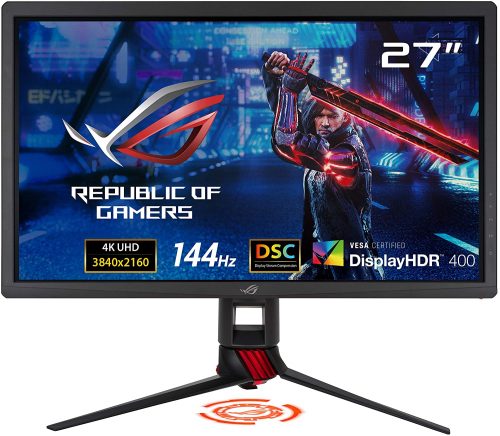