When you see videos of famous actors and athletes playing battle royale games like Fortnite and COD, you know the genre is a force to be reckoned with. The popularity of the genre is undeniable, and now the market is beginning to flood with a number of popular options beyond Fortnite.

It is not really an argument to crown Fortnite the king of the battle royale arena, but it’s certainly not for everybody. The building portion of the game can cast players aside who aren’t savvy enough to acquire that skill quickly. And who says battle royale games have to involve scavenging and shooting; Tetris 99 and Super Smash Bros. Ultimate have something to say about that. If giant melees, in any and all varieties are your jam, you have to check out our picks for the best battle royal games below.

Fortnite has easily been the most popular battle royale game over the last few years. Hell, it might even be the most popular game period. That wasn’t always the case, though. It wasn’t until the battle royale element was implemented that Fortnite truly took off. While being dropped into a gigantic map with a hundred competitors, all attempting to be the lone survivor while simultaneously scavenging for weapons and food seems like the premise for all melee games, it’s the building aspect of the game that sets it apart. In Fortnite you can build structures to shield from and gain advantage over opponents. And it’s this little trick that adds another layer of skill that separates Fortnite from the rest. Fortnite is the game that continues to sit on the battle royale throne. 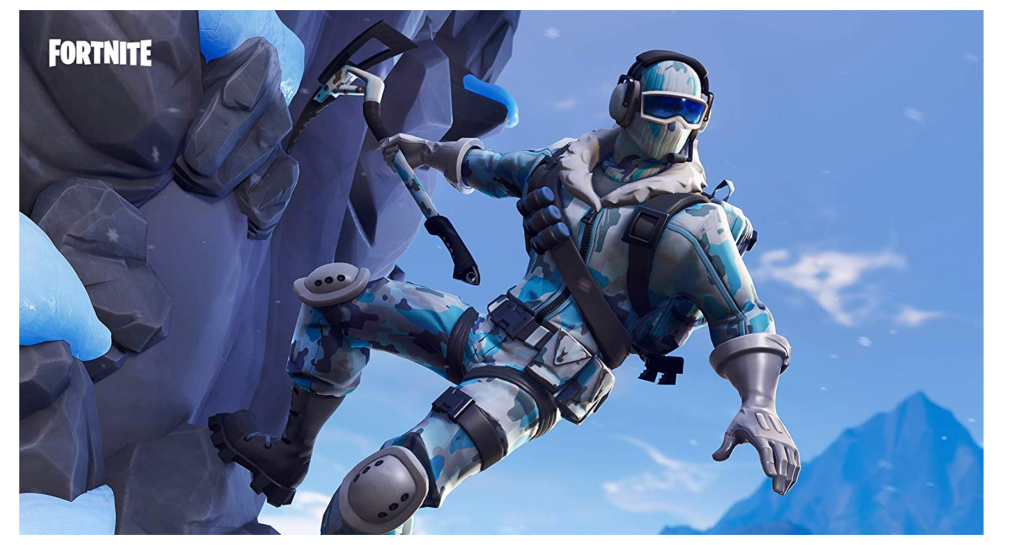 Apex Legends is set in the Titan Fall universe. It isn’t too far from the premise of the majority of battle royale games––your player is dropped in a huge map that slowly shrinks to bring in all players to close quarters for all-out chaos. But Apex Legends adds a new wrinkle by allowing players to revive friends that were killed earlier in the game. They call this the John Snow (nobody calls it that, but you get the reference). The other thing that sets Apex Legends apart from the rest is the weaponry and artillery. Just like Titan Fall, the huge arsenal of guns keeps the gameplay interesting for hours on end. 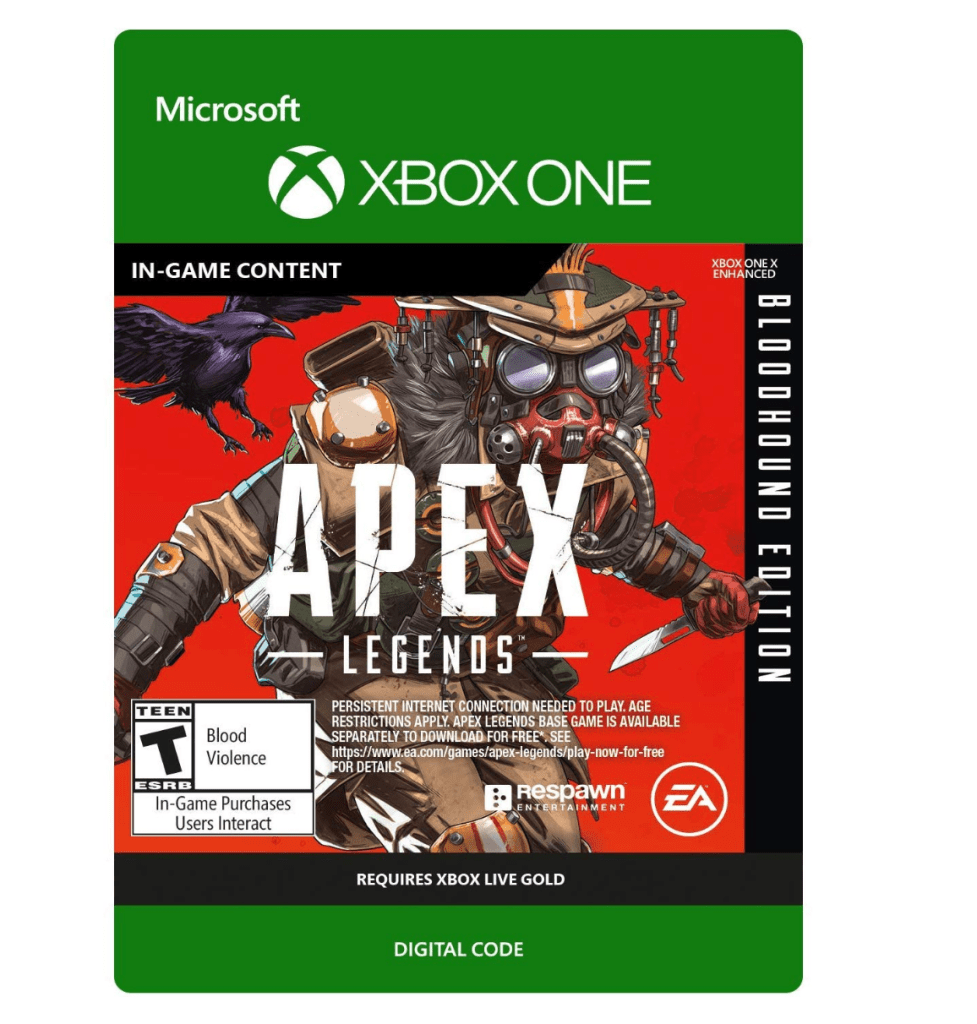 Super Smash Bros. Ultimate for Nintendo Switch is the grandioso version of the original Super Smash Bros. for Nintendo 64. In Ultimate, you can choose from 74-characters. The cast includes everybody from Kirby to Snake from Metal Gear Solid. And it wouldn’t be a battle royale without a grand stage; in this case, there are 100 battle stages to choose from. Many wouldn’t consider this a battle royale game because the biggest group allowed is an 8-on-8 battle, but once the chaos ensues, there are few games more intense, fast-paced and fun as Super Smash Bros. Ultimate. 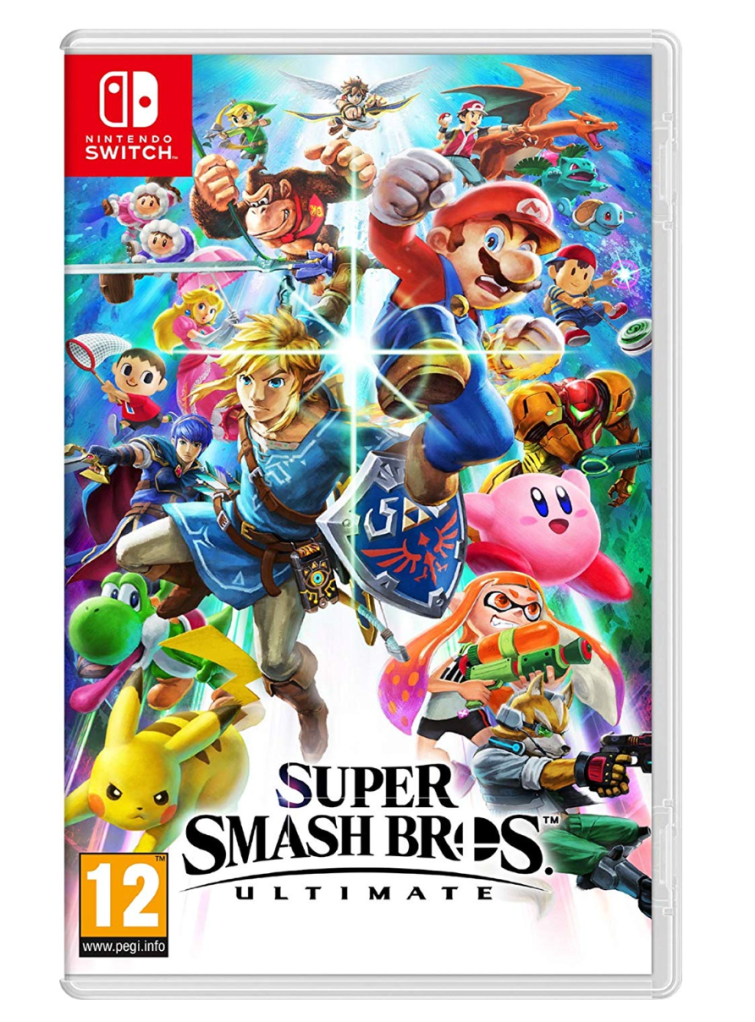 The tried-and-true formula of players dropping onto a large map with zero resources is nothing new in the battle royale arena. But COD: Blackout has a few tricks up its sleeve. In Blackout, you are able to move around in vehicles, which is new to the COD battle arena. You can also zipline from area to area to quickly move about the map. And not only do you fight other people in Blackout, but zombies make an appearance throughout the game. This adds an extra challenge to the game because the undead often guard weapon boxes. Do you shoot the zombies and give up your position to get new weapons, or go without? These are the choices you’ll have to make to win the battle royale in Blackout. 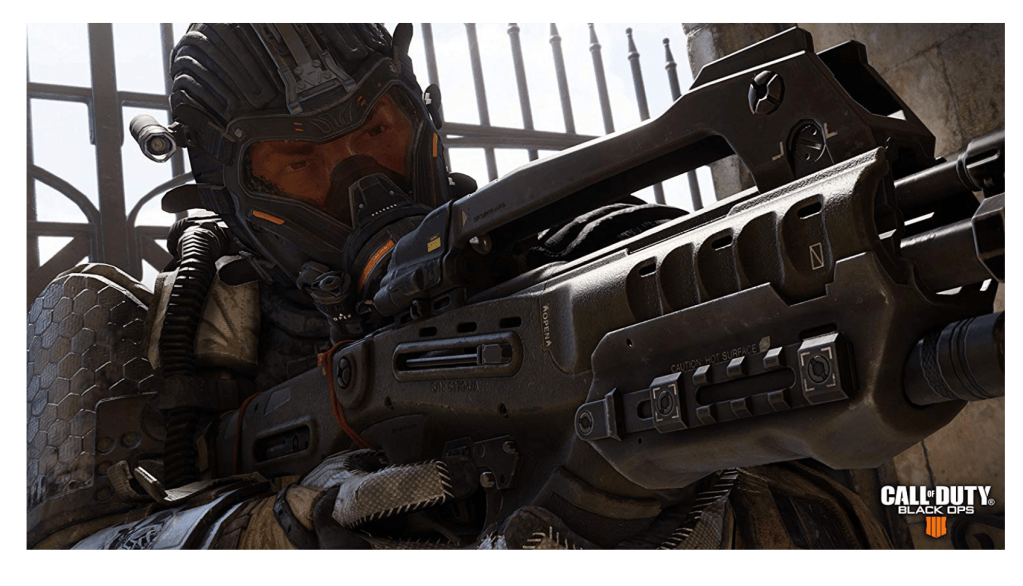 Many feel that PlayersUnknown Battleground is the game that paved the way for Fortnite’s success. But the game spurns goofy characters, antics and bright colors for more realistic, tactical gameplay. Your tactical skills and fire-fighting have to be sharp to succeed in PUGB, where having your head on a swivel and ice in your veins is the ticket to reigning supreme. The basics are all there: 100 players get dropped into your choice of different maps and you’ll need to scavenge and fight for glory. The game has a much more serious look and feel, but this battle royale game is as equally addicting as a Fortnite, if not more so, by getting down to basics and forgoing the flash and flair. 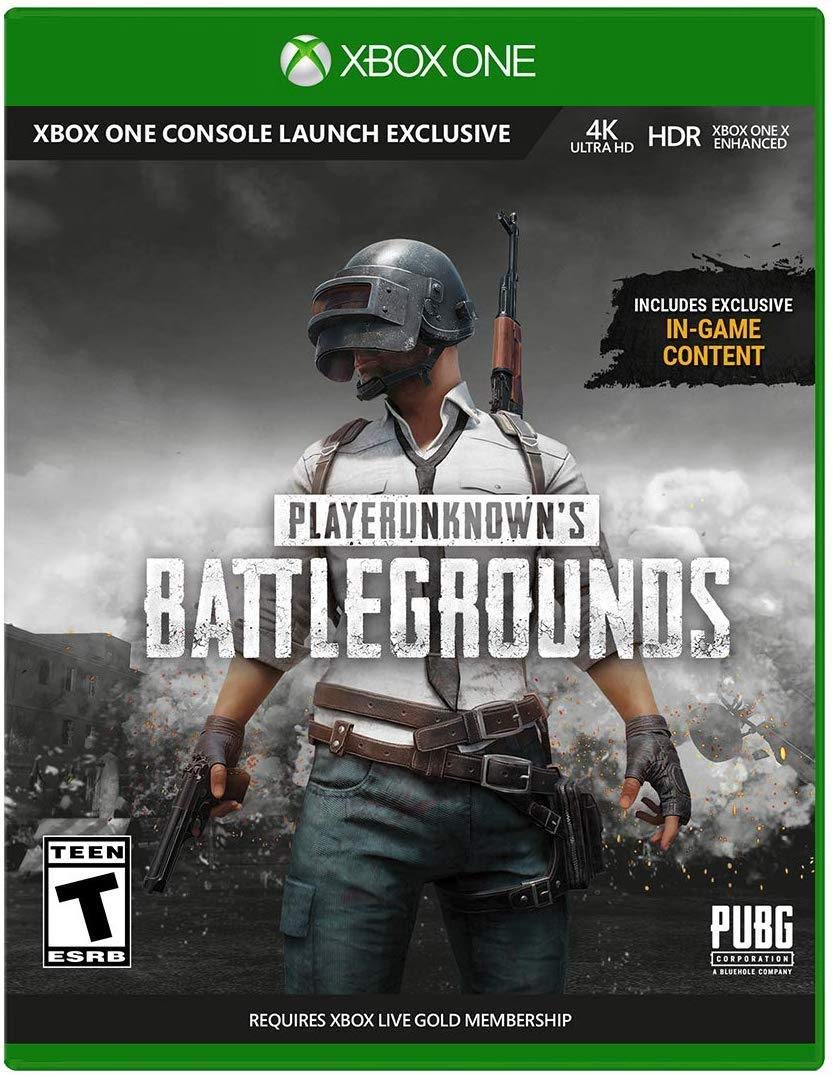 Tetris doesn’t seem like the platform for a battle royale, but that couldn’t be further from the truth. Tetris 99 resembles, and plays like the original game, but the battle royale wrinkle is playing against 99 other players. Here’s where the strategy comes in. When you clear lines, you can send them to opponents as an attack. This is where you have to be careful. If you attack someone every time you clear a line, you might become a target for other opponents’ attacks. Wait too long to attack, and there might be too many players left to conquer as the rounds begin to speed up. It takes thoughtful strategy to claim the championship title in Tetris 99, and that challenge is what makes this battle royale game so much fun. 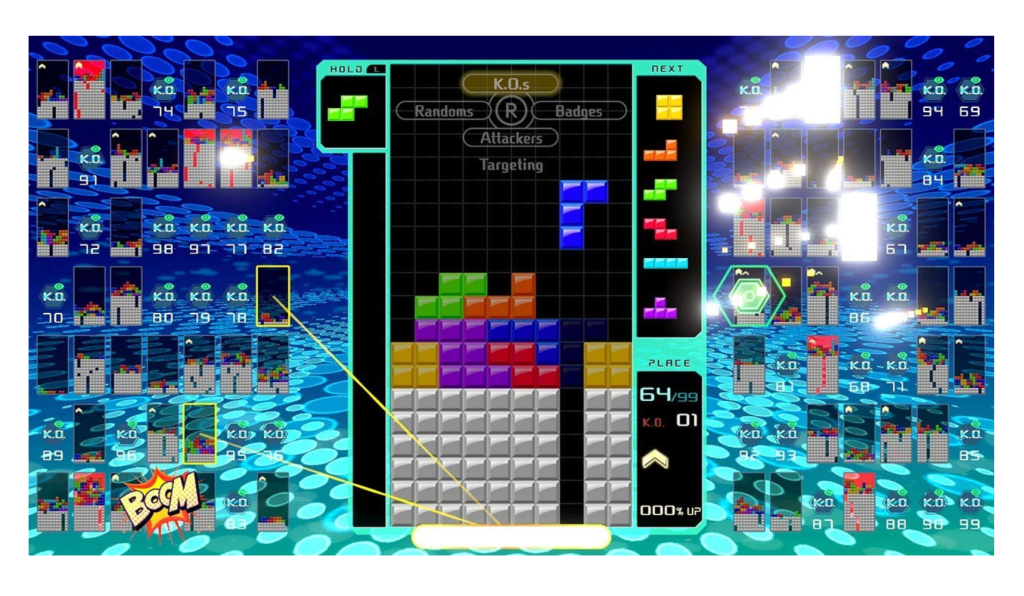 If we’ve learned anything as a culture in the last 20 years, it’s that we love battle royale games and also furry little animals. When you combine the two together, you get Super Animal Royale, a cartoon like super melee with your choice between 50 different animal characters. You can choose to be anything from a little fox to a bird. Beyond funny characters and survival of the fittest tactics, though, fog is what differentiates the gameplay from others in the genre. As the fog creeps in, you can sneak around your opponents and devise your strategy to fight or fly. As you play, you unlock cosmetic items and animal breeds to add to your character. It’s a silly game, but so is Fortnite, and look how fun that is to play. 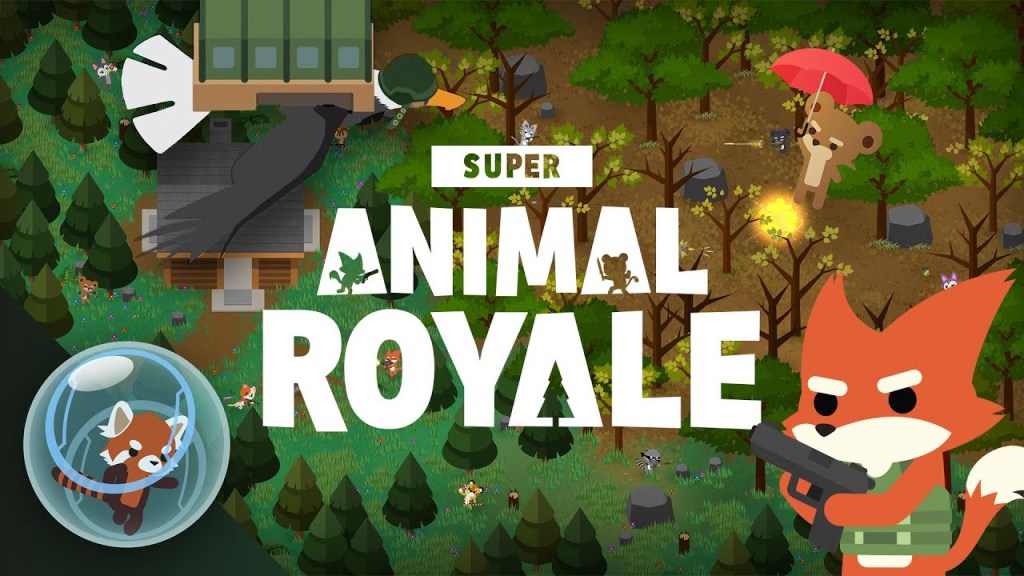