Blu-Ray could have had its wings clipped by the streaming age, but it has endured, especially among movie buffs. Blu-Ray has streaming services and DVDs beat when it comes to audio and video quality. Since Blu-Ray discs hold a lot more data than DVDs, they can produce a higher quality picture. Plus, unlike with streaming, you never have to worry about buffering.

Since most people live on their computers, getting an old school Blu-Ray player that only connects to a TV is an outdated way to enjoy the benefits of Blu-Ray. Instead, investing in an optical drive that you can use with your laptop is the way to go. These options let you burn, rip, and play Blu-Ray discs, and they also work with DVDs and CDs. That compatibility is especially handy, considering how many laptop brands are doing away with the disc drive.

If you’re looking to maximize the potential of your Blu-Ray collection, invest in one of these optical drives.

This Blu-Ray player is USB 3.0 compatible for the fastest speed possible. It’s compact and powered over USB, and the unit comes with a carrying case. That makes it a highly portable and convenient option.

Cons: Some users had issues with the included software. 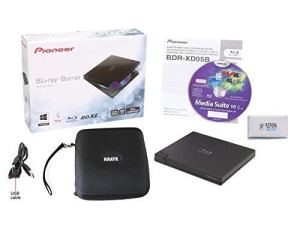 This drive is a powerful option; it writes at 16X speed, and it has built-in backup memory, so it’s good for quickly reading and writing discs. It’s designed to be used with a PC tower, rather than as a portable laptop option.

Pros: Easy to install, many users found that they didn’t need to install any new software.

Cons: Needs to be modified to be able to play 4K.

Another internal option is this LG Blu-Ray drive, which is compatible with multiple Windows operating systems including Windows 10. Like the other options, it works with CDs and DVDs as well. It’s designed to run silently, too. 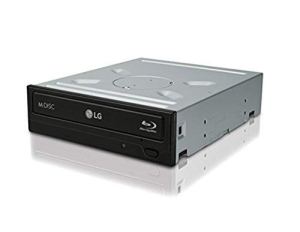