When you think about it, it’s kind of insane that internet service providers have convinced us that it’s just as good to rent a cable modem instead of buying our own. Often, it’s not even the best cable modem that you’re renting.

Cable modems are the devices that help you connect to the internet. It takes the signal from your ISP, which is run over the cable lines, and turns it into a signal that your WiFi router can then pass along to your computer. Right now the best cable modems tend to come from three main companies: Motorola, Netgear and Arris.

It may seem convenient enough to pay an extra $5 or $10 a month to have hardware supplied to you so that you don’t have to think about it. But after a year of doing that, you’re not only continuing to pay more in rental fees than what the best cable modems cost, but you’re paying for an inferior device. Instead, you should absolutely purchase your own.

This means after 12-18 months of “renting” their gear, you’ve already spent what it would have cost to just buy the damn thing.

If — hypothetically — you held onto the gear you bought for five years (and it wouldn’t be unheard of to keep it for even longer if you made your purchase with longevity in mind), you could realistically save between $400 and $800 dollars over that time span.

Of course, some will say the benefit of renting a cable modem and router is that they will upgrade your equipment if it breaks, becomes obsolete or you upgrade your plan. But there’s a very real possibility that you won’t need to upgrade your internet plan or your gear for years.

1. The Best Cable Modems For Most People

If we had to guess, most people in 2021 likely have an internet plan that offers speeds between 200 Mbps and 600 Mbps. With that in mind, the best cable modem will be a 24×8 DOCSIS 3.0 modem. Typically found for less than $100, these modems are fast enough to handle your internet now and, should you choose to upgrade later, might even support faster speeds.

For the average household, gigabit internet is still not a necessity. This is why the best cable modem most people can buy right now is the Netgear CM600, which is compatible with most ISPs and can be found for under $100. Depending on your service provider, this cable modem will easily deliver you internet speeds between 400 and 600 Mbps. In fact, for any internet plan that’s faster than 300 Mbps and slower than 1 Gbps, this modem should guarantee that you’re getting the fastest possible speeds.

A curious note for Xfinity subscribers: The Xfinity website, while vague, seems to imply that you can even use this modem with their service to get close to gigabit speeds in select areas. While it should technically be possible, we’re not able to confirm that and are taking this claim with a grain of salt. 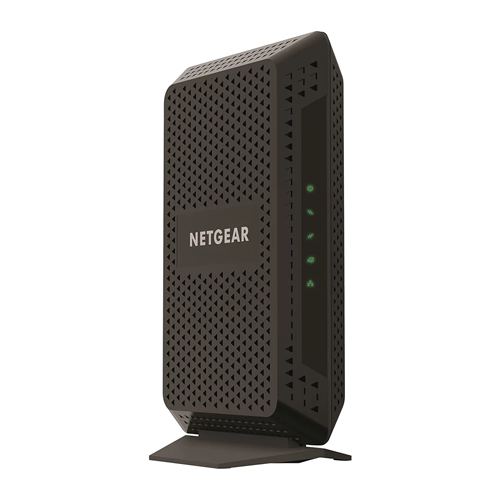 An equally good choice when it comes to the best cable modems is the Motorola MB7621. Like the Netgear CM600, this is a 24×8 DOCSIS 3.0 cable modem that should be able to deliver the same 400-600 max speeds depending on your service provider. In fact, there’s little separating the two modems in terms of technical performance, but the MB7621 comes with the added benefit of a two-year warranty instead of a one-year warranty.

A quick note for Optimum subscribers: If Optimum is your internet service provider, you may have already noticed that they’re a bit cagey when it comes to third-party equipment. In fact, they will only officially recommend three modems — the Arris TM 1602, the Arris TG 1672G, and the Arris TM 3202A — if you want to buy your own. However, these are extremely hard to find new, and they’re also not as good as the best cable modems from Netgear and Motorola. But speaking from first-hand experience, we can say that the Motorola MB7621 works great with optimum, delivering max speeds for a 300 Mbps plan (and then some). 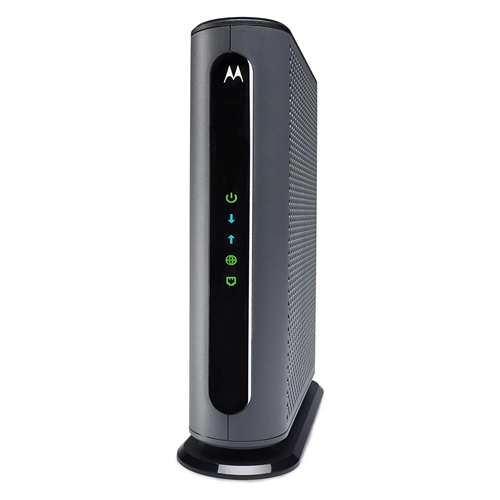 Despite claims that the best 24×8 and 32×8 DOCSIS 3.0 cable modems are capable of gigabit speeds, that simply isn’t the case in most scenarios. If you want to be guaranteed gigabit speeds, you will need a DOCSIS 3.1 modem, which will ensure blazing speeds for years to come.

If you have taken the plunge into the world of gigabit internet, you won’t find a better all-around gigabit cable modem than the Motorola MB8600. As a result, you’ll have to spend roughly double on the MB8600 than you would a 24×8 cable modem, but you’ll also be rewarded with speeds that are two or three times as fast, which can be essential if you have a household full of internet power users. This modem is also built to support internet speeds up to 6 Gbps, which means that you’ll be able to upgrade your internet in the future and not have to buy a new router. 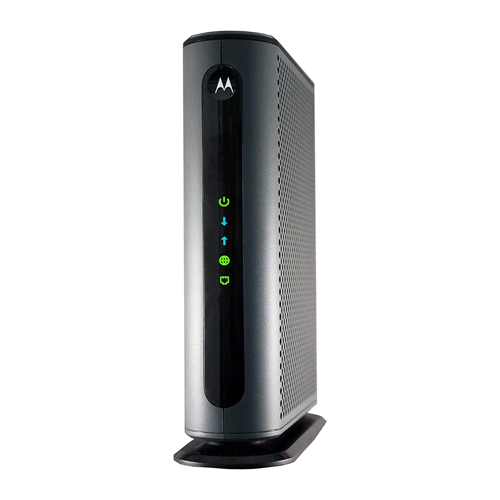 An equally good (but slightly more expensive) alternative to the Motorola MB8600 is the Netgear CM1100, which will also have your home internet buzzing along at gigabit speeds. But this DOCSIS 3.1 cable modem has a special trick up its sleeve: It’s packing two ethernet ports, which means that you can have two gigabit lines run into your home and this modem would combine them into one mega 2 Gbps connection. Of course, there aren’t many people who actually need this much bandwidth, and there are probably even fewer ISPs currently offering this service. But if you happen to fit the bill, this is the best cable modem to buy. 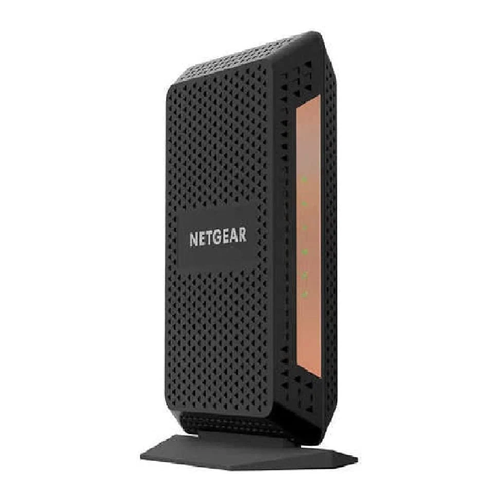 These modems are best for people who have plans that are somewhere between 100 Mbps and 300 Mbps, and who have no plans to upgrade to faster speeds in the next two or three years. While you may lose out on some futureproofing, you will benefit from the money you save.

If you’re happy with your basic internet service and you know you’re going to stick with it for the next couple of years, there’s no need to spend more than $60 to get one of the best cable modems, which happens to be the Motorola MB7421. This is a 16×4 DOCSIS 3.0 modem, which means that you can easily pull down speeds of 300 Mbps from most ISPs, and possibly even faster depending on your provider. What this modem won’t do is get you anywhere near Gigabit speeds, so don’t skimp on the cable modem while splurging on your monthly internet plan. 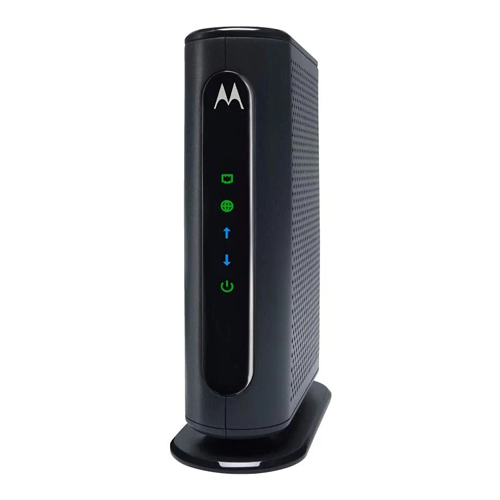 If for whatever reason the Motorola MB7420 is sold out, or you just want something different, you can pick up the Netgear CM500, which is also an 8×4 cable modem, works with most ISPs and costs roughly the same price. In return you’ll get the same specs and theoretical speeds as the Motorola MB7420, which are great if you live alone or with people who are not internet power users. 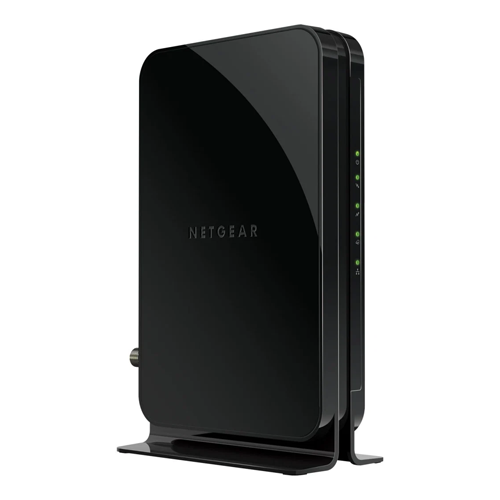 Otherwise known as a wireless gateway, these devices combine a cable modem and WiFi router into one single device which offers convenience and helps save space. That said, we don’t really recommend combo devices for a few reasons: They often make compromises when it comes to performance and features; they cost as much as a separate modem and router would cost; it’s unlikely that you’ll outgrow your modem and router at the same time. This likely means you’ll be getting rid of a device before you really need to.

If you are really set on a minimal approach, don’t spend any more on a wireless gateway than you have to. The Arris Surfboard is a solid 16×4 DOCSIS 3.0 cable modem paired with an AC1600 WiFi router that should be good enough for any internet plan up to 300 or 400 Mbps, depending on your service provider, but isn’t so expensive that you’ll be regretting the purchase if you decide to upgrade in a year or two. 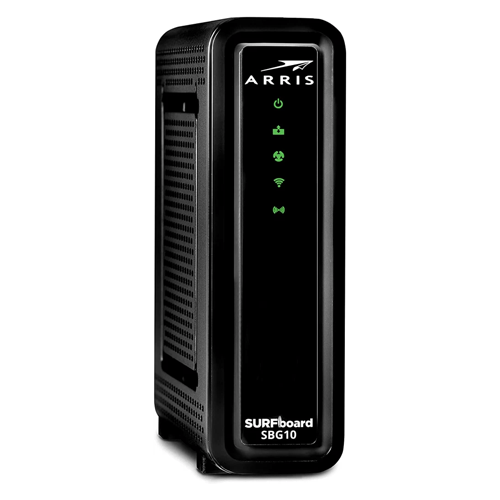 OK, we get it. You have the cheapest internet plan possible (which is probably 100 Mbps or less), it works great for you and you have no intention of upgrading your service until you absolutely have to. We’re not saying this is the best modem you can buy, but it is cost-effective and does what it promises to do.

If the cheapest cable modem is what you’re after, then the best cable modem is the Netgear CM400. Simply connect this to your router and move on with your life. The specs of this 8×4 DOCSIS 3.0 cable modem sit closer to the minimum hardware requirements ISPs have, so we’re not sure how much longer many of them will support this modem. But considering that it only costs $40, it could be worth rolling the dice if saving money is your chief concern here and you’re not expecting speeds faster than 100 or 200 Mbps. 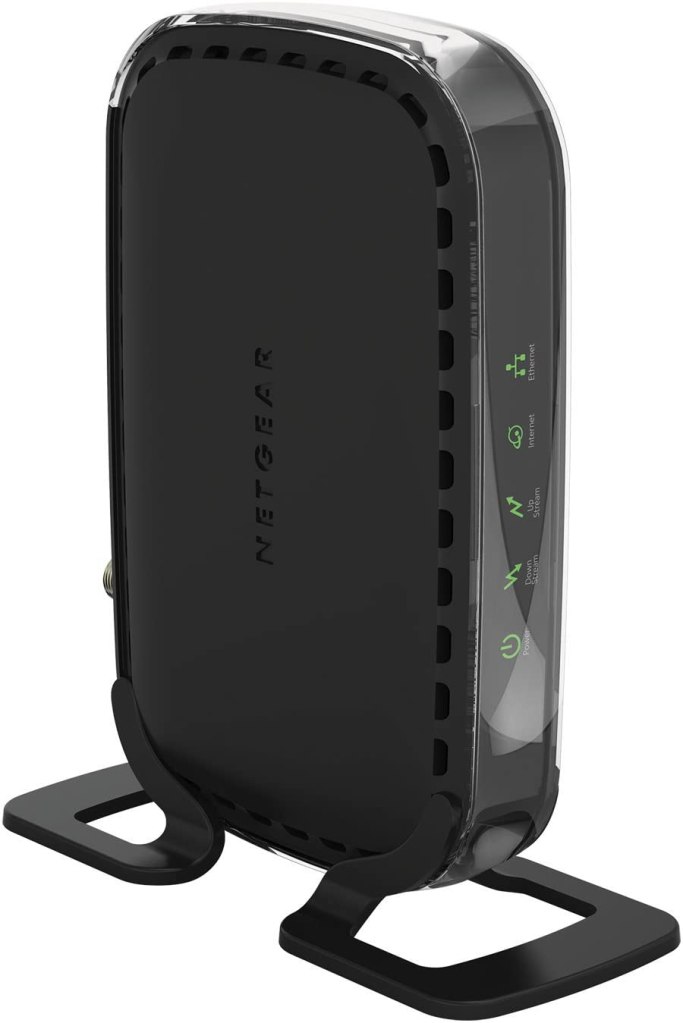