If you’ve been shopping for a cheap laptop, then you already know: it’s rough out there. Sure, there are plenty of genuinely cheap laptops available, but they’re often saddled with unimpressive specs and are machines that you wouldn’t give to your worst enemy.

The landscape isn’t totally barren, however. There are a handful of genuinely good cheap laptops out there that we feel are actually pretty great computers. If you know which models to look for, you can find great laptops under $500 from Dell, Lenovo, HP and other manufacturers we trust. In general, we found that worthy laptops with acceptable specs fell in the $400 – $600 price range, with plenty of perfectly fine laptops under $500. While that’s still not dirt cheap, you’ll be getting a reliable option that you won’t toss out of the window in a month or two because it’s stopped working all of a sudden.

What to Look for in a Cheap Laptop

When we considered which laptops were worthy of consideration, we felt that the best cheap laptops should meet these bare minimum criteria:

That said, we also believe that for the best experience, a solid laptop tends to have:

Now, let’s get into our picks for the best cheap laptops, below.

It’s hard to go against the Asus VivoBook 15 as our pick for the best cheap laptop. Powered by an AMD Ryzen 5 CPU and 8 GB of RAM, it features a 15-inch, 1080p display which is everything you could ask for in a laptop at this price point. While you won’t be doing any serious gaming or video editing on this machine, it’s a seriously solid performer that should meet the needs of the average user. Other laptops with comparable specs don’t have anywhere near the same value as the Asus VivoBook 15, and for that reason alone, this is the first laptop people should be taking a serious look at.

Unfortunately, the secret is out, and finding the Asus Vivobook 15 in stock isn’t easy. There are still some models available on Amazon, and you’ll want to snatch up these cheap laptops while they’re available. 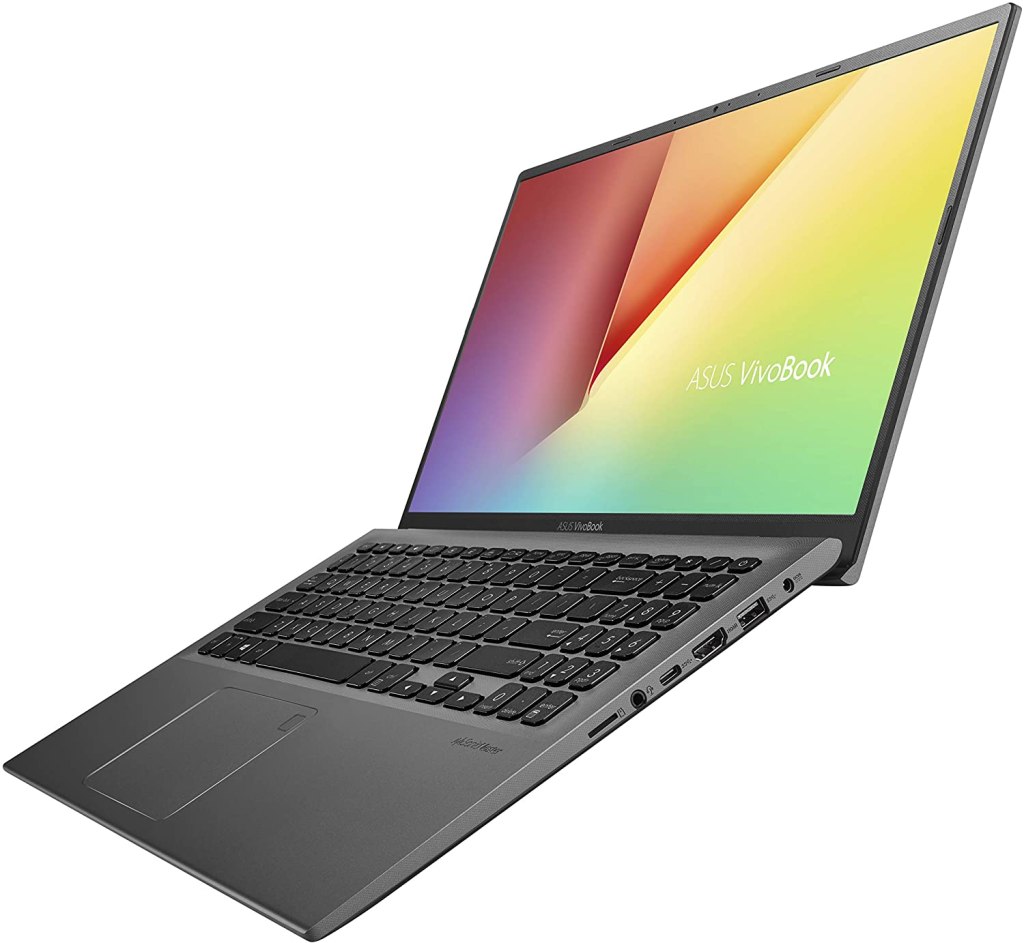 As one of the more expensive laptops on this list, the Lenovo IdeaPad 5 barely qualifies as one of the best cheap laptops. But if you’re OK with paying a little extra, you’ll be rewarded with the best performance of any of the laptops on this list. Like the HP 15t, the Lenovo IdeaPad 5 gives you a 10th-generation Intel Core i5 CPU paired with 8 GB of RAM, but it sweetens the deal with a 14-inch 1080p display, Dolby Audio and a 256 GB SSD. With the right combination of size and performance that can compete with more expensive mid-range models while remaining affordable, this would have been our pick if it were just a slightly better value. 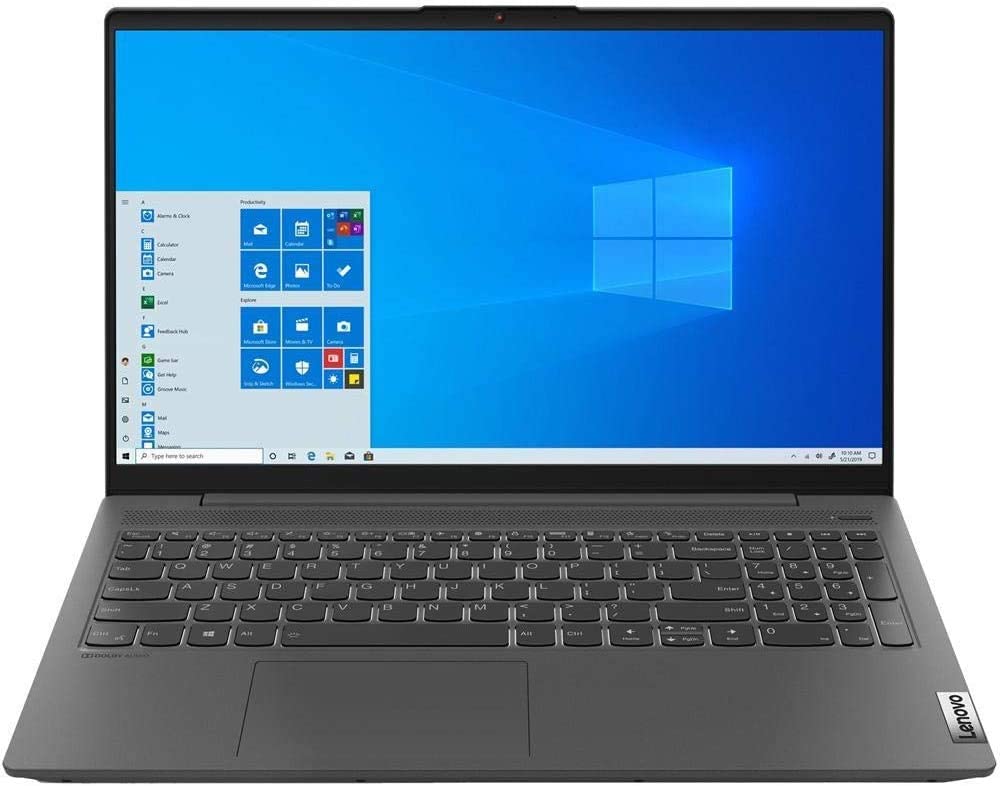 The Dell Inspiron 15 3000 doesn’t necessarily have specs that will make your eyes pop, but the fact that it’s one of the cheapest laptops on this list and still ships with a 10th-generation Intel Core i5 processor definitely makes it the best value. Hell, if you’re willing to spend about $30 more, you can even upgrade that processor to an 11th-generation if you’d like. The Inspiron comes with Windows 11 freshly installed too, so you can get the best of what Windows has to offer and even includes 2 USB 3.0 ports for all kinds of fast charging. Oh, and it’s under four pounds so it’s on the lighter side of things too. 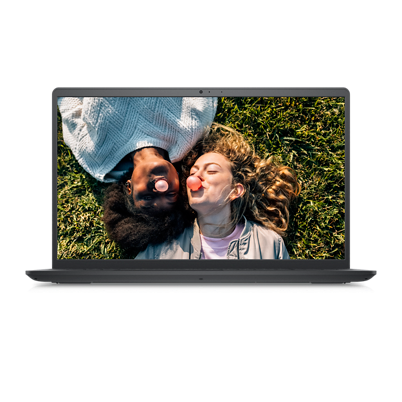 The Acer Aspire 5 Laptop is another laptop that is more than up to the task of handling more intensive tasks such as HD video and multitasking. As with the more powerful laptops featured on this list, the Aspire 5 comes with 8 GB of RAM and an AMD Ryzen 5 CPU, which is comparable to an Intel Core i5 processor. It’s also a 15-inch laptop with a 1080p display, which isn’t common among the best cheap laptops. The only thing we don’t love is that it’s the heaviest laptop on this list, weighing in at almost six pounds. 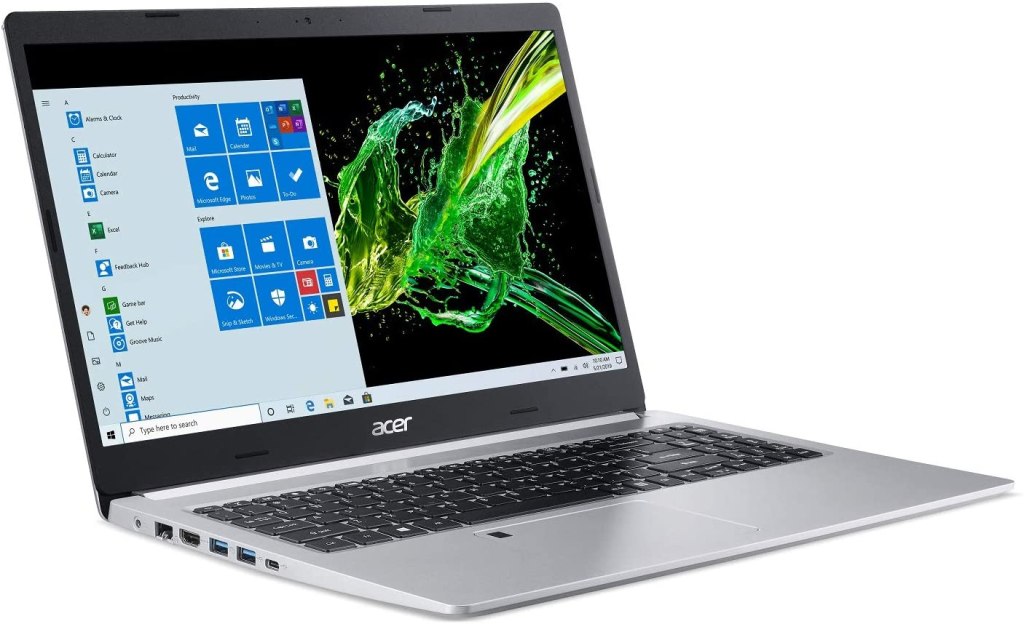 Similar to the Acer Spin 713, the Lenovo Chromebook Flex 5 combines an Intel Core i3 CPU with 4 GB of RAM and a 1080p display which results in a 14-inch laptop that can do double duty as a tablet thanks to its two-in-one design. While this Chromebook is a little less powerful than the Spin, it still has more than enough power to run Chrome OS and it’s a little cheaper to boot. And if you happen to have the optional Lenovo Pen, you can also use this laptop as a digital notebook or canvas. 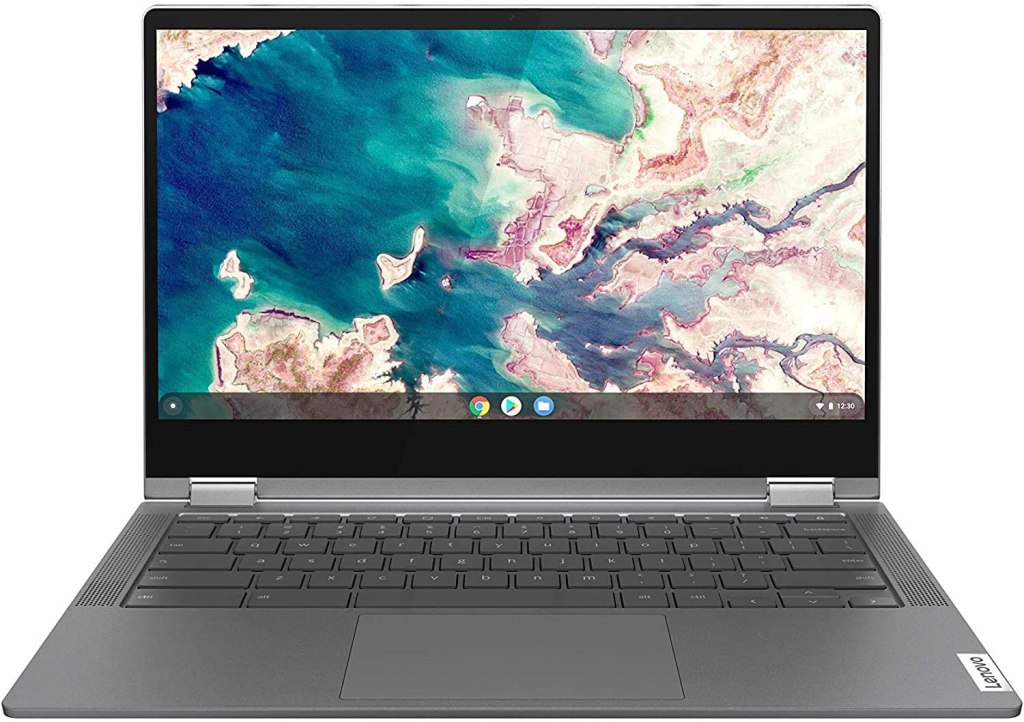 While this gaming laptop is definitely more expensive than pretty much every other option on this list, it is one of the cheapest gaming laptops on the market right now. If you’ve gotta get your gaming fix in on the go, this is the best way to do so without totally destroying your bank account. Packed with a hearty NVIDIA GeForce RTX 3050 for stellar graphics, the Nitro 5 can play just about anything and render it in stunning graphical clarity. Additionally, the 15.6-inch screen is the perfect size for these visuals, making it a fantastic experience thanks to the full HD IPS display with a staggeringly high 144Hz refresh rate. If you’re willing to spend a little more, but not a ton, the Nitro 5 offers a lot to love. 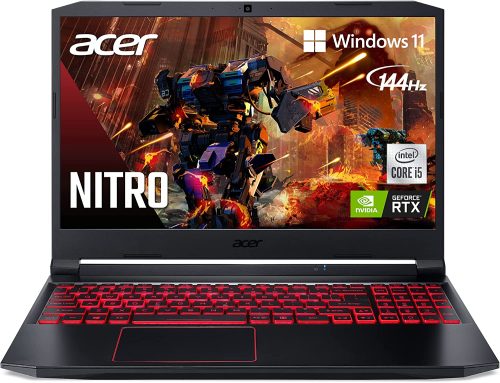 Much like a Chromebook or recent updates to the Apple iPad, the Mircosoft Surface Go 3 laptop is sort of a hybrid between a laptop and a tablet. While you’ll sadly have to purchase some of the accessories separately, the stunningly light 1.3 pounds laptop is super portable and makes it easy to pick it up and take it with you wherever your work takes you. Additionally, the battery life is strong enough to last all day long, without you needing to worry too much about whether or not you have enough power to make it. Plus, with Windows 11 included, you can better customize your workflow to ensure it’s working best for you. 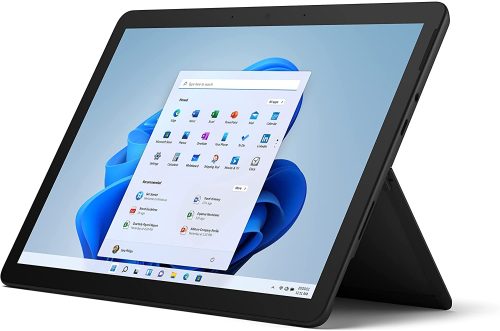 We think the Lenovo E14 is impressive for a few reasons: At 3.51 pounds and 0.7 inches, it’s among the lightest and thinnest when it comes to the best cheap Windows laptops. While this 14-inch laptop packs a decent 11th-generation Core i3 CPU, 4 GB of RAM and a 1080p display, what makes this a great laptop for professionals is the fact that it received mil-spec ratings to withstand extreme temperature, dust, spills and drops. And finally, it comes with two USB-C ports, which offer a ton of versatility in how you want to charge the laptop, connect accessories or connect an external monitor. While the ThinkPad line has always been made with the business crowd in mind, the Lenovo E14 has features that anyone can appreciate. 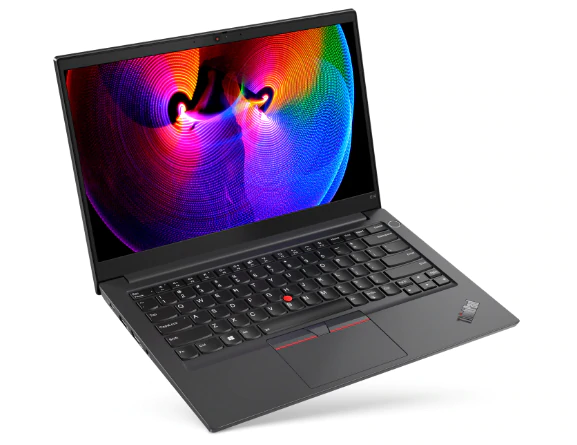 In the realm of the best cheap laptops, the HP 14t is a solid choice that you can’t go wrong with. Blowing through your average tasks shouldn’t be much of an issue with this 14-inch laptop, given that it’s powered by the latest Intel Core i3 processor and 8 GB of RAM. We also love that it only weighs 3.2 pounds, which is one of the lighter laptops on this list. If you’re in the hunt for an affordable laptop under $500 that doesn’t quite have the heft of a 15-inch laptop, this is a great pick for an affordable mini laptop. 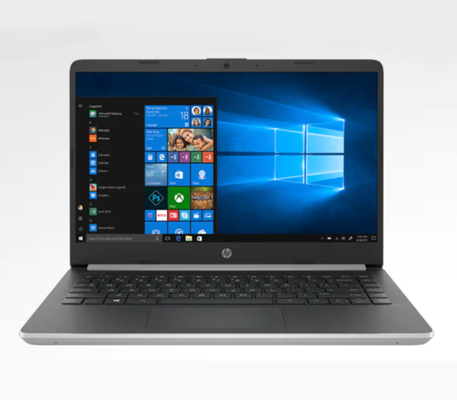 So much of the student experience is about going from class to class (virtual or otherwise) that having a lightweight laptop (that can perform well) is an essential part of being a student. That’s where Gateway’s 14.1 laptop comes into place. Gateway had its heyday in the early aughts, but still produces quality products like this laptop that weighs 4 pounds and is super thin. With plenty of ports (including a USB 3.0, HDMI, and more) you’ll have plenty of connections for all of your stuff. And the included 11th-generation Intel Core i5 processor means you can get all of your work done without the computer breaking a sweat. 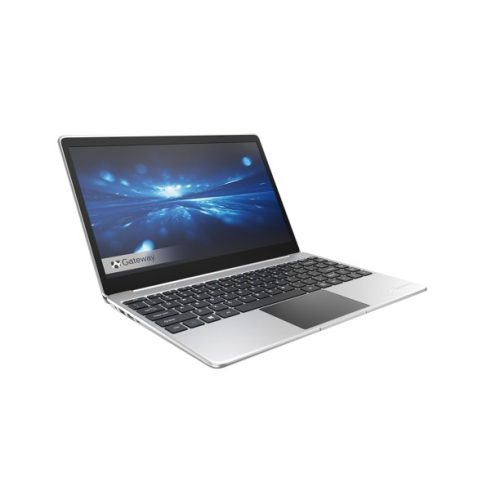 Have you heard of @Sony's Link Buds? Read all about the bizarre earbuds below.https://t.co/Tie5sWYlmR