We’ve now reached the point of technological innovation where it’s not only cheap enough for your kids to have their own computers, but its borderline essential. Like phones and tablets, Computers are increasingly personal devices and we use them for so much that it’s not always feasible to share. But for many kids, especially younger kids, spending $1000 on a MacBook Air, Dell XPS or one of the other best small laptops doesn’t entirely make sense since much of that power and functionality won’t be put to use and there’s always the potential for destruction. Instead, consider one of the best Chromebooks for kids.

Built with education in mind, Chromebooks are affordable, portable, secure and very capable. And while they might not match the performance of more expensive laptops, the best Chromebooks for kids can handle all of their needs, and then some.

While there aren’t as many companies making Chromebooks as Windows laptops, you can still find models from some of the biggest and best brands out there, including Samsung, Dell, Acer, Asus and Lenovo and HP. While needs will differ in terms of size, form factor, longeivity and price, we tend to find that the best Chromebooks for Kids feature, at minimum, an Intel Celeron processor. And many of the best-performing models will feature an Intel Core m3 or Core i3 CPU. Those looking for a web browsing experience that compares to a premium Windows or Mac laptop should consider the Intel Core i5 CPU.

With that in mind, we’ve put together a list of the best Chromebooks for kids that you can buy in 2021.

Small, affordable and versatile, the Acer Chromebook Spin 311 is a device that should be a productive tool for any child’s learning process. The 11.6-inch form factor and 2.6-pound weight means that it will be easy to handle, while the addition of a touchscreen and 360-degree hinge means that it doubles as a tablet for more creative tasks such as drawing, or fun activities, such as games. And while this device won’t win any awards when it comes to computing power or display quality — it only has an Intel Celeron CPU and a 720p display — it’s priced at a point where those shortcomings can be accepted. 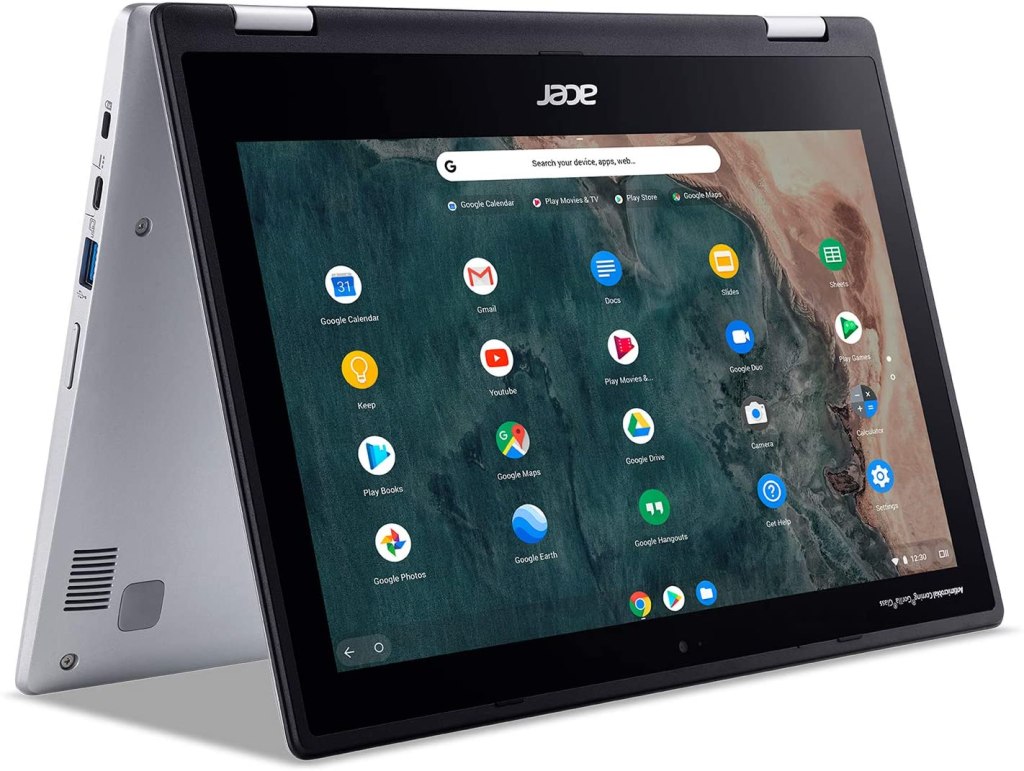 Once your kids reach the age where they realize they can have multiple browser tabs open while streaming Spotify, Twitch, YouTube and Netflix at the same time, a Chromebook running on minimum specs simply won’t do. While the Asus Flip might be a little pricier than many of the other Chromebooks on this list, it’s built to outperform many of them, thanks to the Intel Core m3 CPU, 14-inch, 1080p touchscreen, 2-in-1 design and a whopping 8 GB of RAM. Given that Chrome OS is a hyper-efficient OS, and the Asus Flip packs as much RAM as the top small laptops, this is not only one of the best Chromebooks for kids, but one of the best Chromebooks for anyone. 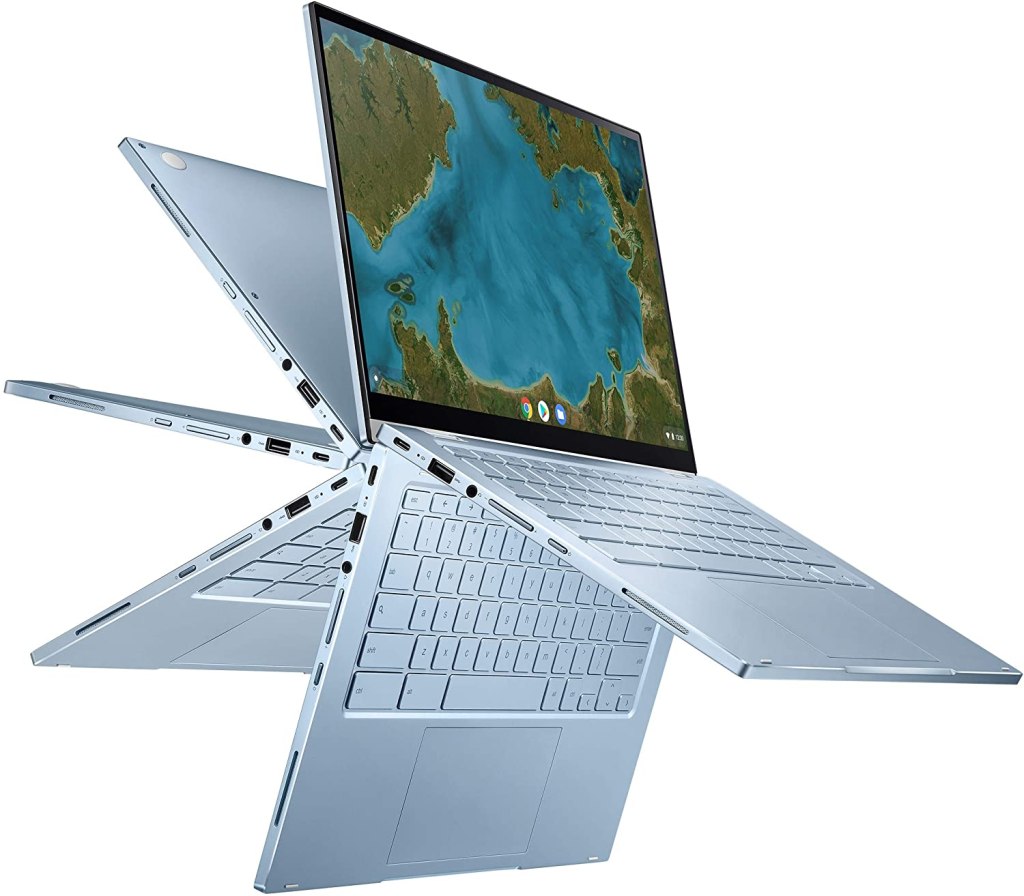 The HP Chromebook 14 is absolutely a no-frills Chromebook for kids, with an Intel Celeron CPU, 4 GB of RAM and a 14-inch 720p display. But unless another model is on sale, it’s the most-affordable Chromebook we can recommend and should offer an experience that will be more than suitable for learning, streaming video and browsing the web. On top of that, it even comes with premium sound that has been tuned by Bang and Olufsen. 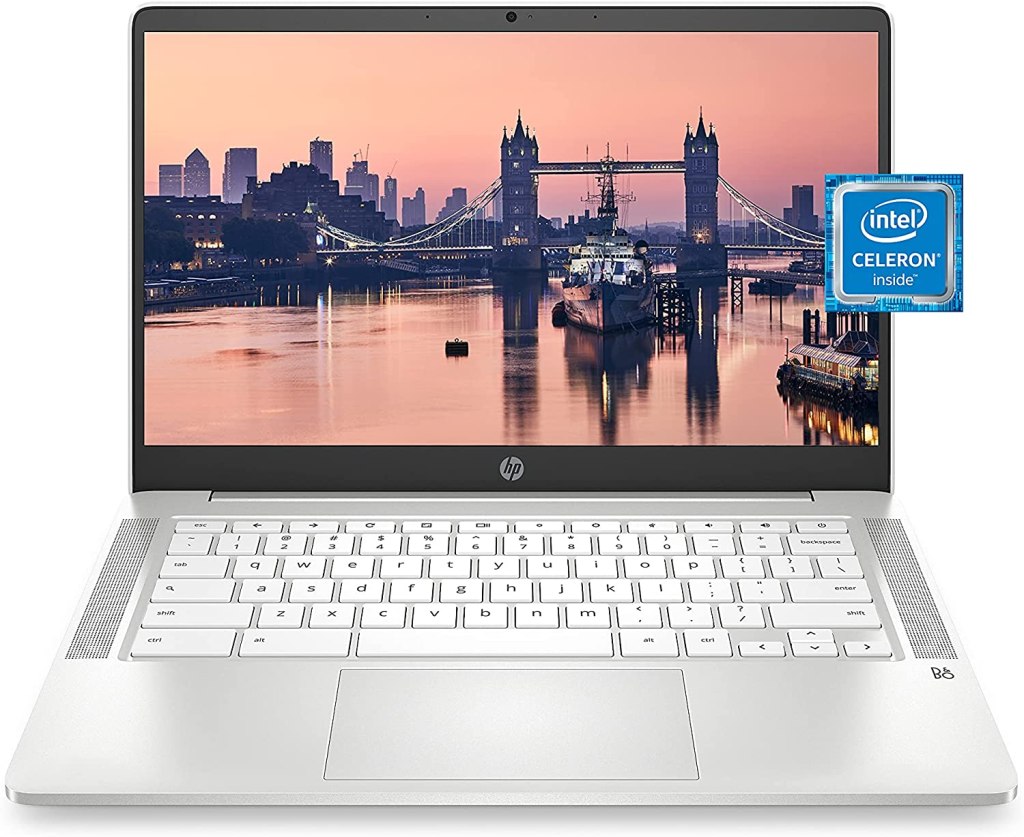 If your child’s computing needs require a little more than light web browsing and video conferencing, or you just want something they can grow into, the Lenovo Chromebook Flex 5 is one of the rare Chromebooks that strikes a true balance between performance and affordability. While it may not have the sub-$300 price of budget-friendly chromebooks, or the Core i5 CPU of more premium models, the inclusion of an Intel Core i3 CPU and a 1080p display at a price that’s well under $500 makes this a Goldilocks pick…just right. 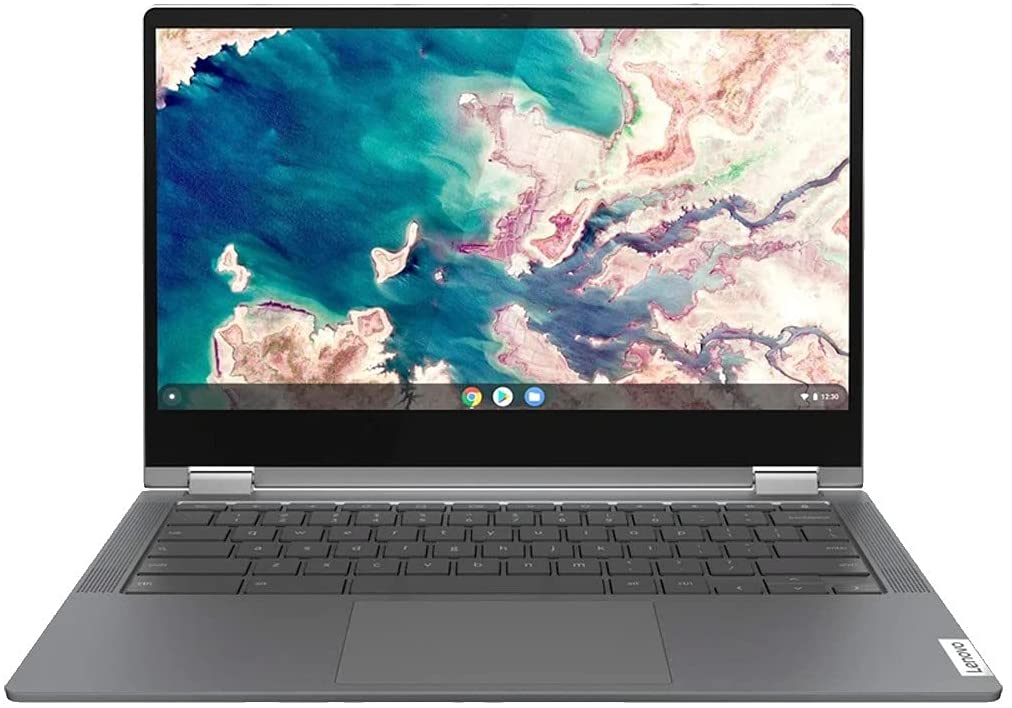 When it comes to the best Chromebooks for kids, ruggedness is certainly a factor that must be considered. And if you’re worried about your young one accidentally spilling something on their laptop and frying the motherboard, the 2-in-1 Dell Chromebook 11 should be in strong consideration. This laptop may have some of the most minimal specs of any Chromebook included on this list (Celeron CPU, 4 GB RAM, 11-inch 720p display), but it is the only one which advertises a spill-resistant keyboard. Given that there are more than a few adults who would benefit from this level of durability in their laptop, chances are you kid will too. 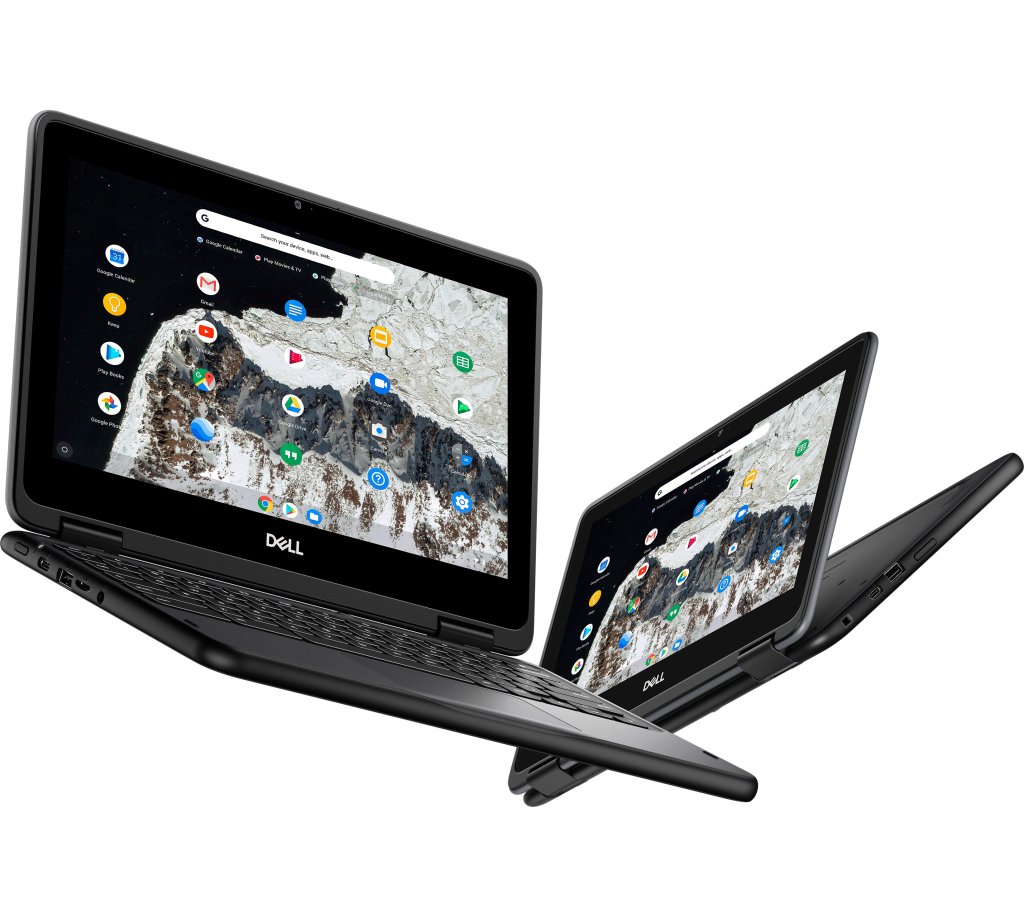 Most people tend to believe that Chromebooks could never compare to a Windows or Mac laptop. But that’s mostly because Chrome OS is typically paired with low-powered hardware and positioned as a budget device. But when you pack a Chromebook with premium components, like the Acer Chromebook Spin 713, you end up with an experience that is every bit as snappy as using a MacBook Air or Dell XPS 13. Featuring a 10th-generation Intel Core i5 CPU, 13-inch 2K display, 8 GB of RAM and 2-in-1 touchscreen functionality, this is a device that can do it all.

And while it’s true that it can’t run dedicated apps to the same extent as other platforms, the truth is that most computer usage takes place in the browser anyways. While this might seem an exorbitant price to pay compared to the other best Chromebooks for kids, this laptop will absolutely last a few years (and then some). And because Chrome OS one of the most secure operating systems you can feel somewhat comfortable that your kid won’t leave it riddled with viruses and malware. 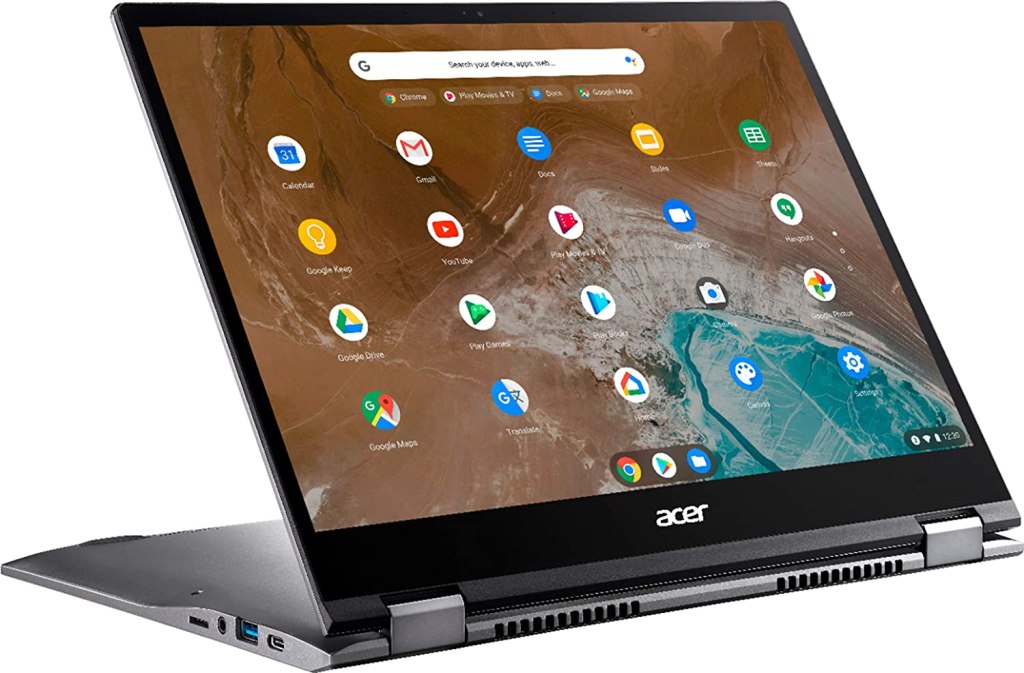 The Samsung Galaxy Chromebook shares much in common with the Acer Chromebook Spin 713, but the big difference is that instead of a 2K resolution display in a 3:2 aspect ratio, it’s a 1080p QLED display with a more typical 16:9 aspect ratio. Whichever you prefer will mostly come down to preference, but the Galaxy Chromebook 2 is absolutely a premium beast that is built to handle whatever you can throw at it. 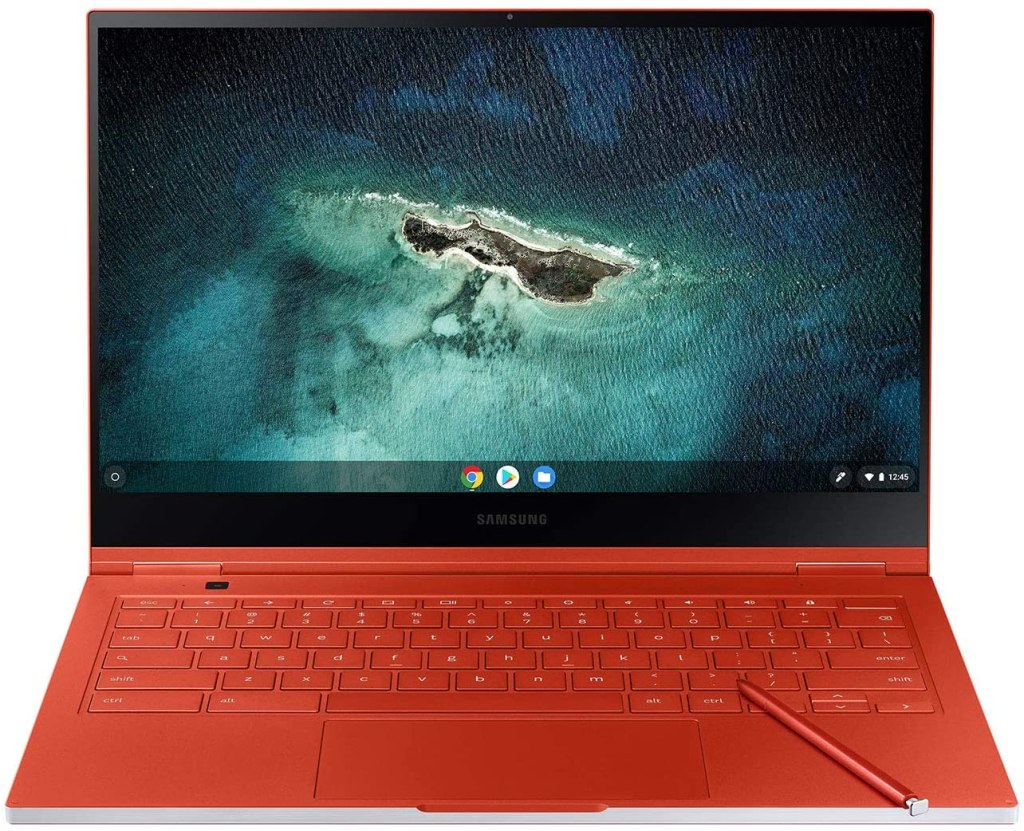 The Best Cheap Laptops You Can Buy in 2021