As video games have evolved since the 1970s, the way we play those games has evolved in very distinct ways. We went from playing in arcades to playing in living rooms to playing against each other over the internet.

Today, cloud gaming services are poised to become the next wave in gaming that will have a widespread effect on the industry. Cloud-based gaming would not only change the way we game but also make consoles and gaming PCs obsolete. In the same way, consoles sent arcades into extinction, will services like Xbox Game Pass, NVIDIA GeForce Now and Google Stadia end the console wars for good?

Right now, platforms like Google Stadia still need a lot of work to truly threaten Playstation or Xbox, but the tides are changing fast.

How We Chose the Best Cloud Gaming Services

Deciding on the best cloud gaming service might seem complicated, but it boils down to evaluating which service provides the most extensive library, most consistent connection, lowest cost, and widest compatibility.

A service like Amazon Luna might cost only $5 per month for certain channels, but you need a $70 controller to get in the door. On the other hand, Xbox Game Pass is $15 per month but offers a huge range of games you can download and play, in addition to streaming.

We examined which platforms provide gamers the best bang for their buck and picked the best of the best from there.

What Is Cloud Gaming?

Cloud gaming is nothing new and has been around in various forms since 2008. But the influx of these new services is the byproduct of available technologies finally being able to deliver on the promise of the core idea, which is using the power of cloud-based servers to run a game and streaming it like Netflix or Spotify.

Of course, you’re still in complete control of the game, but in its idealized form, cloud gaming will allow you to play the latest games with the best graphics without needing a $500 console or $2,000 gaming PC.

While these services are still working towards that ultimate goal, they’ve at least proved that the idea is viable enough to deliver a quality experience. In fact, with Cyberpunk 2077 having an extremely rough launch on the PS4 and Xbox One consoles, the consensus is that the best way for most people to play it is through Google Stadia. That said, there are inevitably some tradeoffs to consider.

While some cloud gaming services, such as Stadia, can stream in 4K HDR, it won’t be as good as running the game on your own hardware with the same specs. And while these companies have made considerable leaps in cutting down the amount of input lag you will inevitably experience, games will not be as responsive as if you were running them from your console, which makes cloud gaming not as great for esports and competitive multiplayer games.

But for single-player and casual multiplayer games, the consensus is that these cloud gaming services are now close enough when it comes to replicating the console or PC experience that the average gamer probably wouldn’t notice a huge difference (and even if they did, it wouldn’t be a dealbreaker).

The other thing to consider is that cloud gaming has only improved since it first arrived more than a decade ago, and it’s bound to continue improving. So if you want to get a taste of the future right now, look at the best cloud gaming services available in 2022 and the unique things each has to offer gamers.

While there is still no perfect cloud gaming service, NVIDIA’s GeForce Now is currently the best cloud gaming service because you can play games in 1080P across a wide range of devices (mobile devices, computers, TVs), and there’s a free-to-use subscription tier, and you fully own the games you play. It’s also the only way you can currently play Fortnite on an iPhone.

The way GeForce Now works is that you must own or buy all the games you play through the service, but it links up with the Steam, Epic and UPLAY stores so that you verify that you own the PC version of the game before you install it to the GeForce Now servers. That means that if the service doesn’t support the game in the future or GeForce Now eventually shuts down, you aren’t left with anything to show for it. Additionally, GeForce Now is compatible with a wide selection of current games, so you’re not just stuck streaming a bunch of games you may have already played five years ago.

But it isn’t without its drawbacks, and the biggest one is that your gaming sessions are time-limited. Free members with standard access can play for an hour at a time before they have to disconnect. And those who pay $24.95 for a six-month Founders subscription with priority access will still be limited to a six-hour session before disconnecting. While you can reconnect as many times as you want, you will have to enter into a queue for your next chance to play If there are a lot of people on GeForce Now at the same time, that means you may have to wait a while. But of all the services right now, this is the most fleshed-out of the bunch. 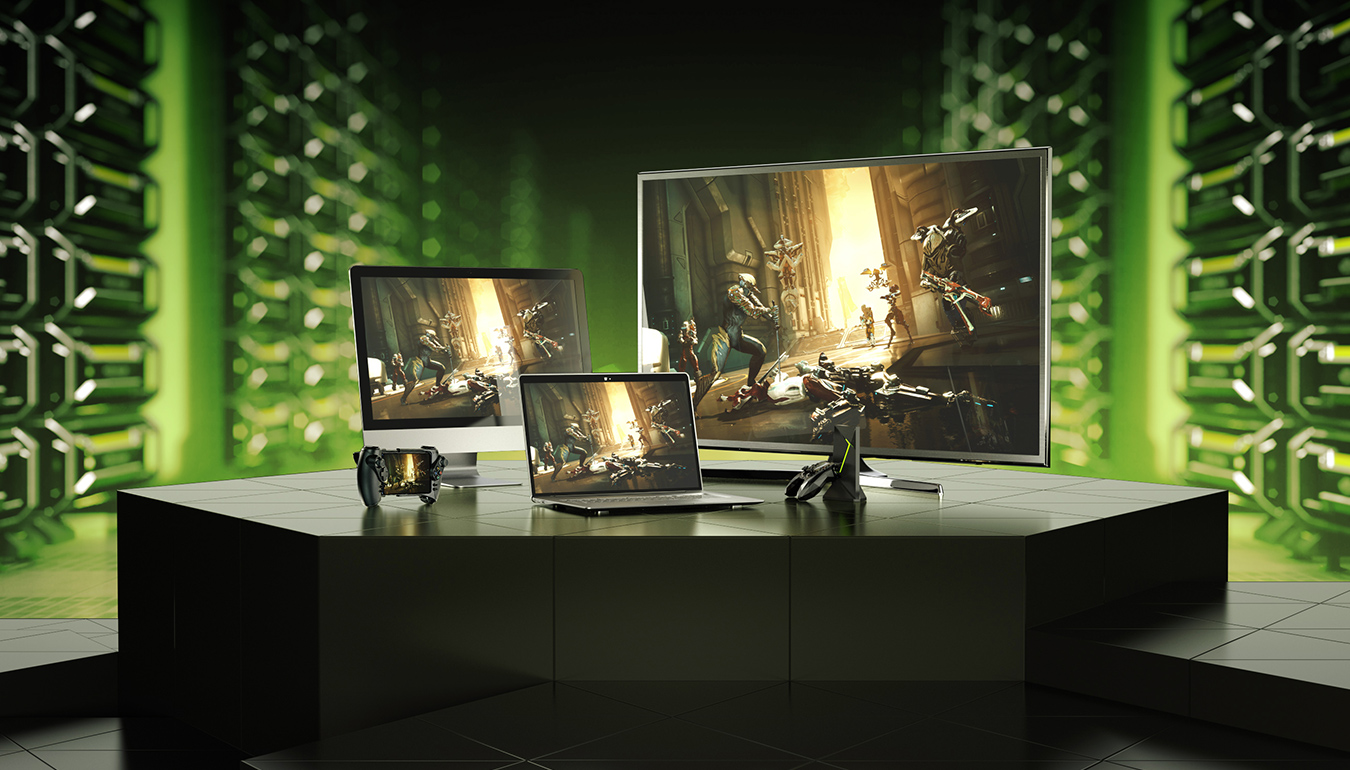 Offered as part of the Xbox Game Pass Ultimate subscription, Microsoft’s xCloud is arguably the cloud gaming service with the most promise. However, whether or not it reaches its full potential all hinges on whether or not Microsoft can follow through on its promises to build xCloud out in the coming years.

What xCloud has right now is the number of quality games that can be streamed through the service. For $15 a month, you can stream more than 380 games, and a decent number of those are top AAA games from past and present, the types of games that would eventually benefit from running on server-grade hardware. What makes us reasonably optimistic about xCloud is that Microsoft is fully invested in its cloud-based technologies at large (its Windows Azure server technology is one of the best around) and that it has explicitly stated that it sees cloud gaming as the future. The foundation has been laid, and now Microsoft just needs to build the house. 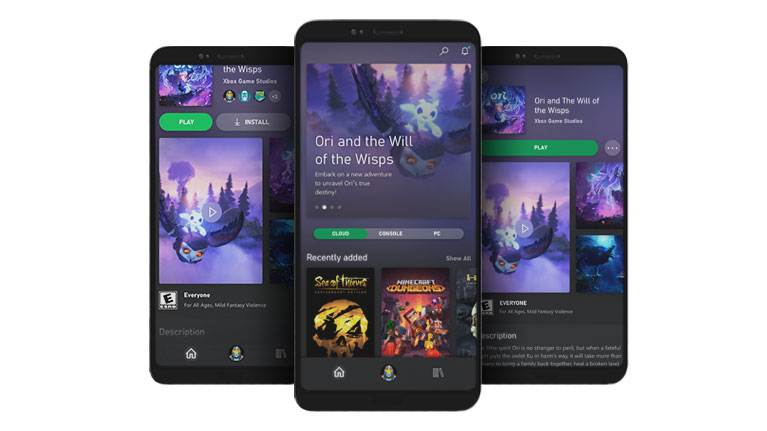 PlayStation Now was a popular service, but with the launch of PlayStation Plus’ new tiers, Sony combined PS Now with PS Plus. Now gamers can access more than 700 games from the PSOne era through the PlayStation 5. More modern games can be downloaded for local play, but anything from the PlayStation 3 and earlier will need to be streamed.

The good news is that the PlayStation Plus Extra tier — the middle-of-the-road option — still has around 400 games to choose from for a lower cost. However, Premium is only $4 per month more ($120 per year total) and well worth the cost if you’re a fan of classic PlayStation titles. You’ll even be able to play games from the PSP lineup that are virtually impossible to find today, at least without breaking the bank.

Including modern PlayStation 5 games makes it an even better value. Titles like Returnal, Ghost of Tsushima: Director’s Cut and more provide hours upon hours of gameplay for what is essentially just $10 per month. You’ll need a PlayStation console to take advantage of it, but that’s a small hurdle to overcome. 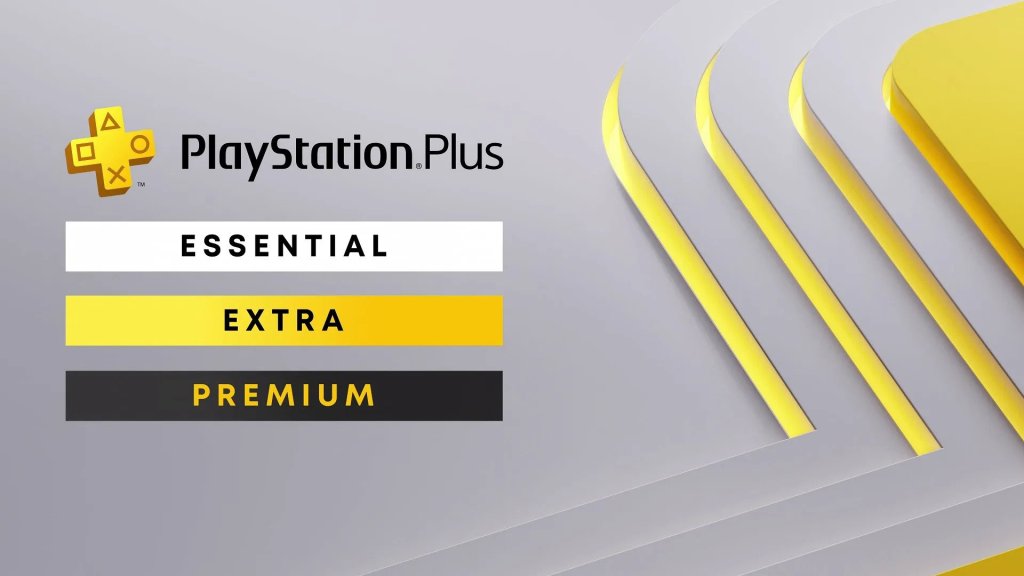 Amazon Luna is an affordable, if somewhat overzealous, service, but it has a lot of promise. While the initial streaming experience isn’t the greatest thing in the world (plagued with input lag on almost all platforms except PC, in our experience), if the server situation is straightened out, Luna could be a great way to experience games without a console.

There are several channels to pick from, including Luna+, Family, Retro, Prime Gaming, Ubisoft+, and Jackbox Games. Each has a different set of games, and you can subscribe to the ones you want and cancel anytime. Prime subscribers get free access to the Prime Gaming channel, which is loaded with great games like Megaman 11 and Overcooked 2.

Amazon Luna is best for RPGs and games that don’t require rapid input. The streaming is still too unstable for fighting and racing games, but the company is working towards stabilizing the platform and making it more appealing. 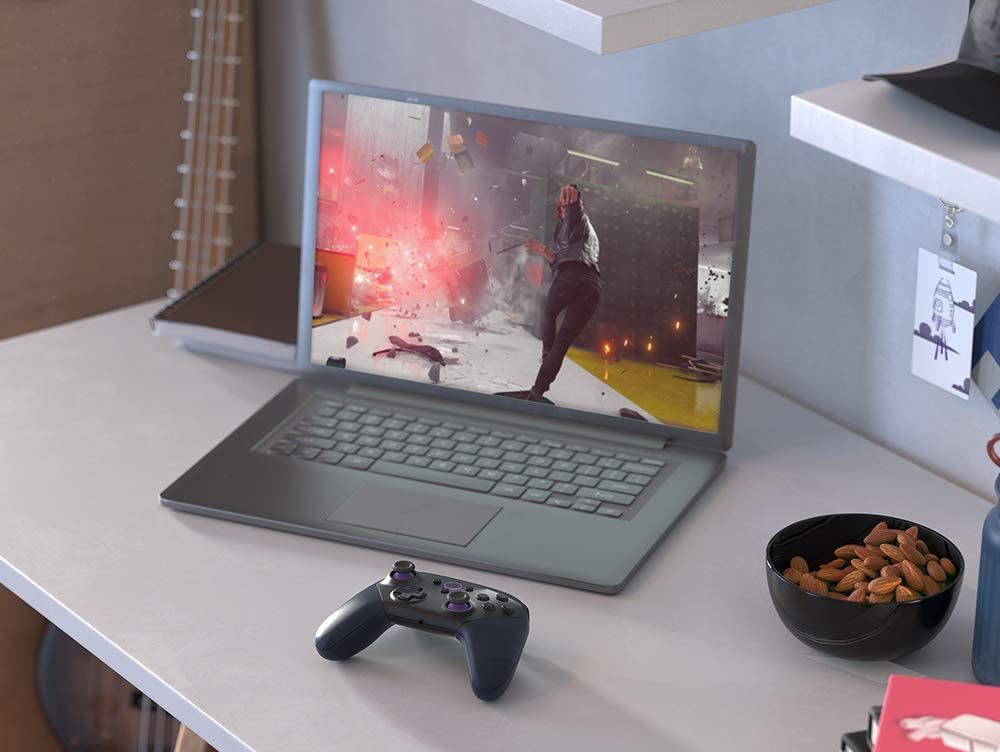 When Google first revealed its Stadia cloud gaming service to the world, it made some big promises. Not only would it offer lag-free 4K HDR game streaming, but it had the backing of the biggest game studios and would come with a YouTube-powered platform that could allow you to hop into a game with your favorite content creators and pro gamers. Fast forward, and about the only thing Stadia has delivered on is offering solid 4K HDR game streaming on several devices, including phones, tablets, laptops and TVs.

That in and of itself is an achievement (even if it uses a lot of bandwidth), but that doesn’t amount to much if the game selection is thin. And when it comes to these services, Stadia probably has one of the smaller libraries, even if it offers Cyberpunk 2077 and a handful of other recent AAA titles. While a base Stadia subscription is free, you need a $9.99/month Stadia Pro subscription to access 4K HDR streaming and a handful of free games. But even with a Stadia Pro membership, you will have to pay full price for the AAA titles that are most worth a Stadia subscription. And this raises another concern: If Google ever decides to pull the plug on Stadia, what happens to your ownership of those games? This is a hypothetical scenario for now, and Stadia is still the only option for the best cloud gaming services that can provide 4K HDR game streaming.

A final, major concern is that Google has virtually abandoned Stadia. While the service is still live, there are no promises on how long it will remain that way. Gamers might soon find themselves left out in the cold, especially if the servers shut down. 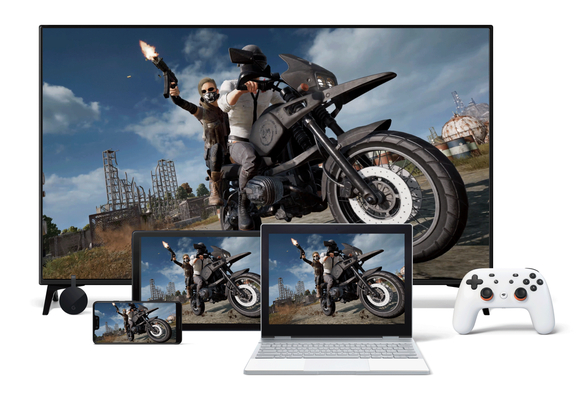 The PlayStation 5 Launch Titles We're Most Excited to Play