Most consumers associate Dell with nothing more than laptops and desktops, but the PC maker has a robust portfolio of products that run the gamut from gaming to office gadgets. And while Dell products might not be the sexiest gadgets, the company reliably produces one of the world’s best laptops year after year. Best of all, there’s always a continuous flow of Dell deals to help you score significant savings.

This week’s best Dell deals include some great deals for gamers and students, but anyone looking to upgrade their devices should check out the list below.

Instead of rummaging through the entire listing, we’ve curated some of the best Dell deals, so all you need to do is check back here to see what’s worth purchasing. And you know what? These Dell deals are often generous, with many core products such as Inspiron laptops selling up to 31% off.

We love searching for the best deals of the day, so keep reading to find the best savings. Please note that the prices and discounts below are subject to change; this post was last updated on Aug. 18, 2022, at 1 p.m. ET.

The Top Dell Deals for August 2022

In addition, here are some more reasons to get excited about the best Dell discounts of the month:

The Inspiron name has been around for a while, so it is no surprise that it gets discounted often. Right now, we suggest snagging the Dell Inspiron 14 2-in-1 Laptop because it packages the best specs and performance for the price. A 31% discount accompanies it. Armed with an AMD Ryzen 5 5625U processor with an AMD Radeon GPU, it has enough horsepower to make it an all-around laptop perfect for personal and work use. Whether you intend to use it for word processing, photo editing or just surfing the web, it’s more than equipped to handle all of them.

It also features a 14-inch FHD+ 1,920 x 1,200 touch display, which is made better because it can be flipped all the way around to transform it into a versatile tablet. With that, you gain the convenience of interacting with the screen via touch. These features are packaged in a modest size that tips the scale at 3.61 pounds.

While this is the best Dell laptop deal, several other options are worth exploring. Here are a few of our favorites that are great deals. 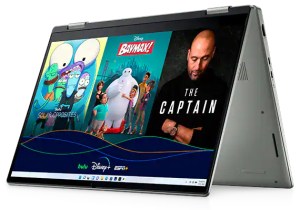 You sometimes have to pick up a substantial gaming PC to achieve that flawless performance. You’ll get that in a more mobile form with the Alienware x17 Gaming Laptop. What’s notable here is the NVIDIA GeForce RTX 3070 GPU paired with an 11th Gen Intel Core i7-11800H processor.

This combination has the muscle power to deliver smooth and precise performances for all your gaming sessions. That’s because it also incorporates the Alienware Command Center into the gaming experience by tuning the laptop’s settings for optimum performance.

If it’s too much for your budget, consider the options below that come with substantial savings. Then check out all these other Dell gaming PC deals. 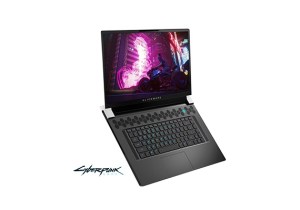 The best desktop PCs are extremely useful for home offices, especially for power users that crave instant action with whatever they’re doing. However, with the Dell XPS Desktop, you’re getting a powerful machine equipped to handle anything you throw at it. First of all, it’s powered by a 12th Gen Intel Core i7-12700 processor paired with an NVIDIA GeForce RTX 3060 GPU. If that’s not enough, it comes with 16GB of RAM and a 512GB SSD.

It’s one of the most powerful desktop PCs in Dell’s lineup right now, but it’s attached with a generous 24% discount  — making it the best Dell desktop deal around. We’ve listed a few more options below to cover the gamut. 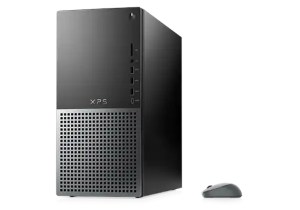 Don’t get us wrong, many of the top Dell deals of the month include monitors, but one particular discount captured our attention more than the others. The Dell 27 4K UHD Monitor features a 24.08-inch 3,840 x 2,160 IPS display with a 60Hz refresh rate. Photo editors will enjoy that it has an anti-glare coating to help reduce unwanted glare.

Given that it’s worthy enough to please binge-watching streamers with its pixel-crushing resolution, there’s plenty of screen for their eyes to enjoy their favorite shows and movies. Best of all, the Dell 27 4K UHD Monitor is greeted with a 52% off discount for a limited time. While this is geared for users that require incredible detail, you’ll find options below that cater to every use — in addition to the entire lineup of Dell monitor deals. 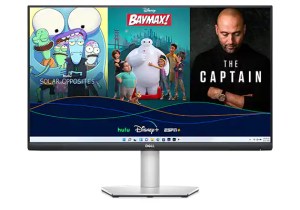 Video game consoles can be tough to find, just like finding the best places to buy a PS5. While Dell Dell has consistently offered discounts on some video game consoles, there are weeks when they don’t have any. Luckily we’re in luck for this week because Arcade1Up’s The Simpsons Arcade Machine is currently $200 off. Sure, it may not sound like a lot, but at 11% off its regular price, it’s one of the better video game-related deals you’ll find around gaming consoles.

If you need more options to consider, there are plenty of Dell gaming and accessories deals. 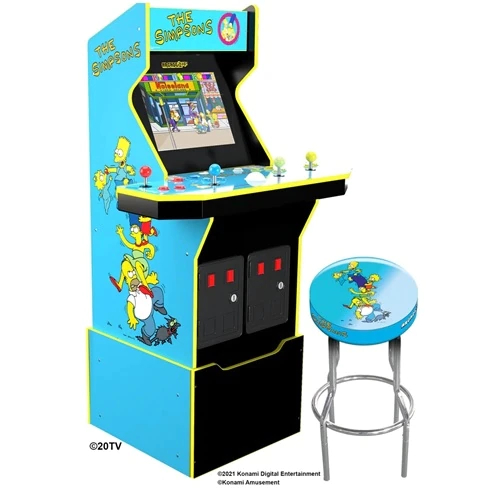 Lastly, you should know about Dell’s accessories deals, covering gadgets such as mice, keyboards, gaming consoles, etc. Right now, the best Dell accessories deal is on the Dell Pro Wireless Keyboard and Mouse — now just $60. There’s nothing as useful as a physical keyboard and mouse to work with your computer, smartphone, or tablet.

The Logitech MK550 Wave Wireless Keyboard also features a palm rest to provide additional support to your palms as you type. You won’t need to worry much about battery life because it’s rated for up to three years for the keyboard and two years for the mouse.

In addition to other keyboards, Dell has a healthy selection of accessories deals worth buying to compliment your gear. 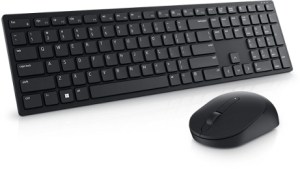 The Top Security Cameras That Don't Require a Subscription