Desktop computers might feel like a thing of the past, but there are still plenty of reasons to choose a the best desktop PCs over a laptop. Often times, even base model desktop computers are far more powerful than their mobile counterparts. This makes them better suited for multimedia projects like photo, video and music editing. And if you’re looking for a machine for your work or home office, you might as well get more power and performance at a similar (or lower) price. That’s right, desktop computers are often far more affordable than premium laptops.

If you feel like you need a little more performance from your desktop down the road, especially if you’re a gamer, desktop computers are easier to customize and upgrade than laptops. It is much easier to swap out a desktop’s components and add some extra RAM compared to a laptop.

Plus, the best desktop computers are no longer behemoth towers that take up a massive amount of room. The Mac Mini put that myth to rest some time ago, and there are a lot of all-in-one desktops that don’t have a computer tower at all. You can also find some worthy mini computers from ASUS and Intel, which provide a solid alternative to the Mac Mini.

Simply put, there are a lot of reasons to invest in the best desktop computers of 2020:

It’s not the cheapest option available (although it’s not financially prohibitive), and it’s not the most powerful on this list (although it’s definitely more than capable), but when you factor in simplicity, ease of use, longevity and design, the 27-inch iMac 5K Retina easily stands out from the pack. Year after year, Apple’s iMac is the undisputed leader among the best desktop computers, and 2020 is no exception.

All-in-ones can often be underpowered, but Apple’s offering comes equipped with one of the best displays money can buy, an excellent operating system and enough oomph to handle the demands of your average photo and video editing tasks for years to come. For professionals, students and creatives who need a machine that can keep up with them, you can’t do better than the gorgeous iMac. If there’s one drawback to the iMac, it’s the lack of a touchscreen, which Apple has so far stubbornly refused to offer in its laptops and desktops. 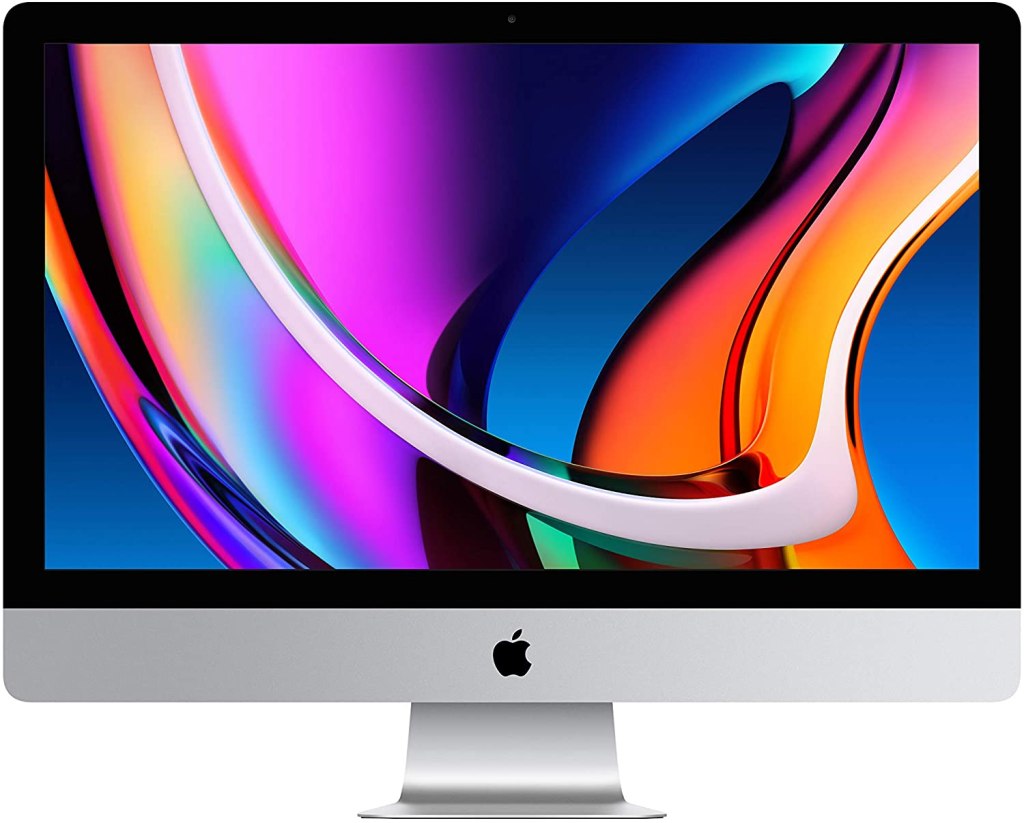 If you prefer the tower form factor in a desktop PC, the HP Envy is absolutely the way to go. Thanks to a 10th-generation Intel Core i5 CPU, an NVIDIA GeForce GTX 1650 and 8 GB of RAM, it’s capable of handling any task you throw at it (within reason), is good enough for gaming and VR and doesn’t look completely hideous. It even has a DVD burner, which is a rarity these days. 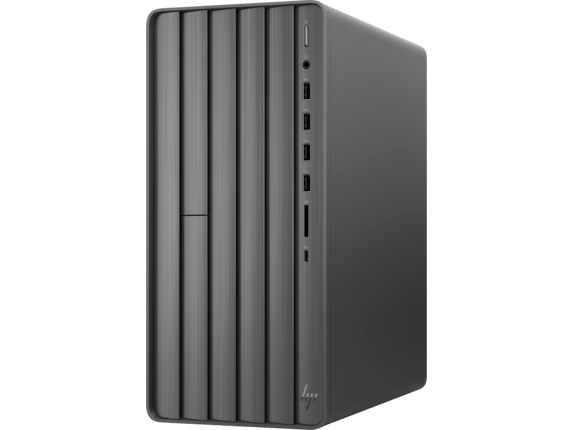 For a solid desktop computer under $800, the Acer Aspire should be towards the top of your list. According to PCMag speed testing, you’ll be hard-pressed to find a desktop computer at this price range with the same performance. It shows its prowess at handling everything from normal office work to intensive Adobe Cloud programs. And with its small footprint, you don’t need to worry if your workspace is a bit cramped. This Acer Aspire desktop computer is as affordable as it is smart. 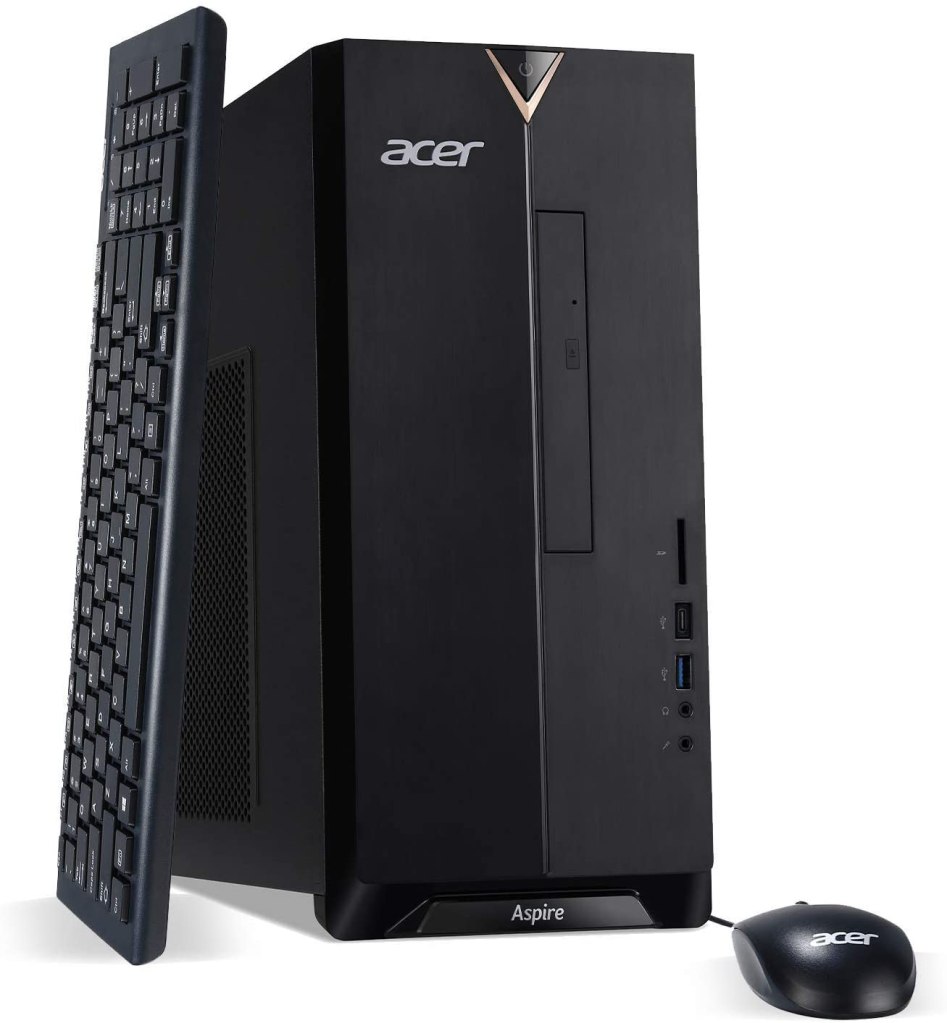 The Dell XPS line of desktop computers has been one of the best since it first arrived 20 years ago, and it seems that with its latest generation of PCs, it just keeps getting better. While you can configure the XPS to your liking, we love the value that comes with a build featuring a 10th-generation Intel Core i5 CPU and 8 GB of RAM, which will get you through all of your daily computing needs short of gaming or intensive video editing. 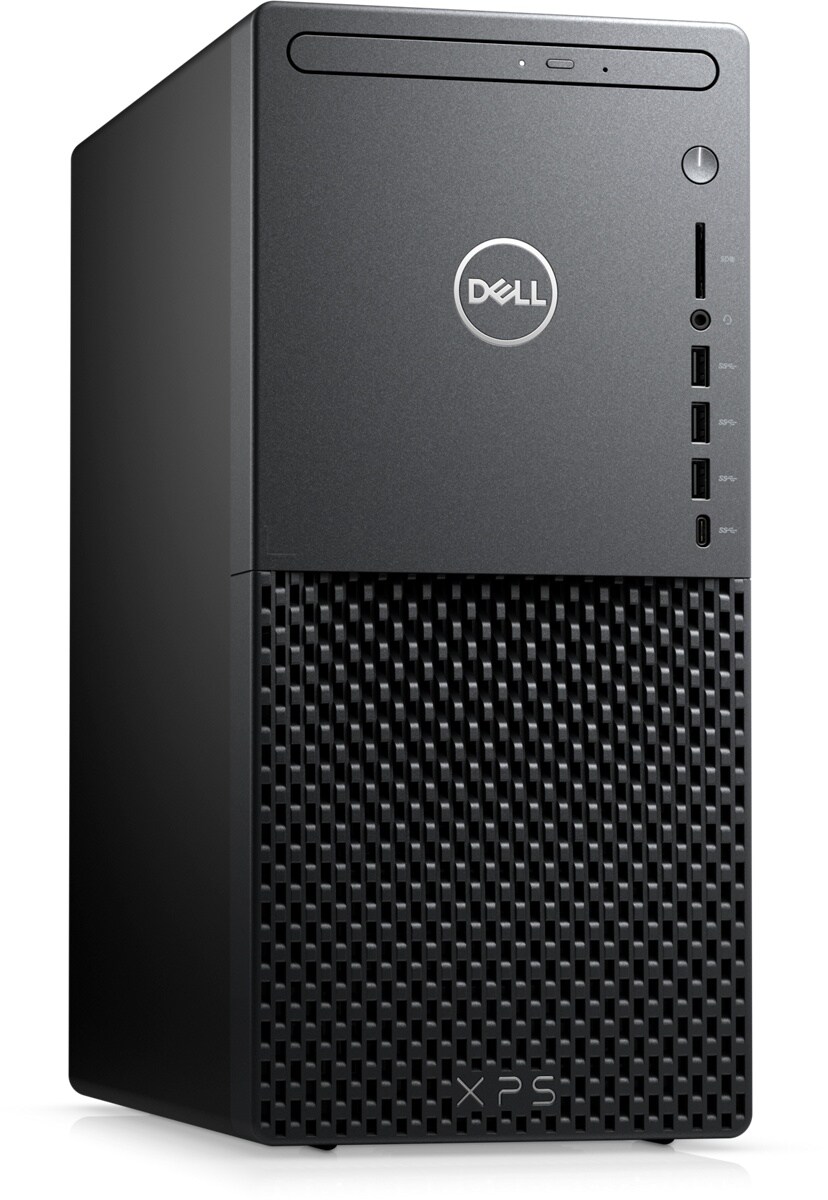 For the creatives out there, the Microsoft Surface Studio 2 is a dream machine — as long as you’re not too invested in the idea of using a Mac. At the heart is a 28-inch, 4500×3000 pixel display that has been tuned to provide the best color accuracy possible. But the real attraction is the fact that the screen can swivel from a vertical position to a flat one, allowing you to directly interact with the panel to edit photos and work on illustrations with 10-point multitouch or the excellent Microsoft Surface Pen. It can even power two 4K monitors if you want.

Admittedly, the Intel Core i7 Kaby Lake CPU and NVIDIA GeForce GTX1080i are starting to get a little long in the tooth in the time since the Surface Studio 2 debuted in 2018, but they can still hold their own for most things that don’t involve heavy video rendering. You will absolutely pay a premium for the luxuries afforded by this computer, but if money isn’t a major factor, then you should give this top-rated desktop computer a serious look. 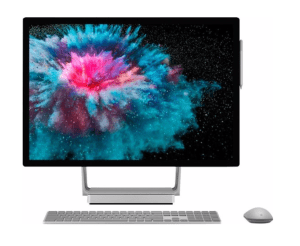 What’s not to like about the HP Envy 32 All-in-one desktop computer? With HDMI, USB-C and Thunderbolt support, it has plenty of connectivity. It boasts a 4K screen great for content creators or the occasional gaming session. And 16 GB of RAM can handle multiple tasks simultaneously without a hitch in the giddy-up. Plus, it’s got a sleek, ultra-thin display with edge-to-edge glass that will look great on your desk. 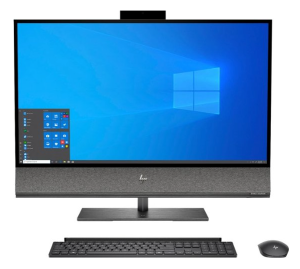 For most people, an all-in-one PC is all that’s needed and when it comes to the best desktop computers, the Dell Inspiron 27 AIO is a solid performer. With a 27-inch, 1080p touch display backed up by an 11th-generation Intel Core i7 CPU, 16 GB of RAM and a 1080p webcam that tucks away, all of your needs from entertainment to photo editing to heavy chrome use will be covered. And while the stark, industrial aesthetic may not be for everyone, we think it’s pretty sharp. 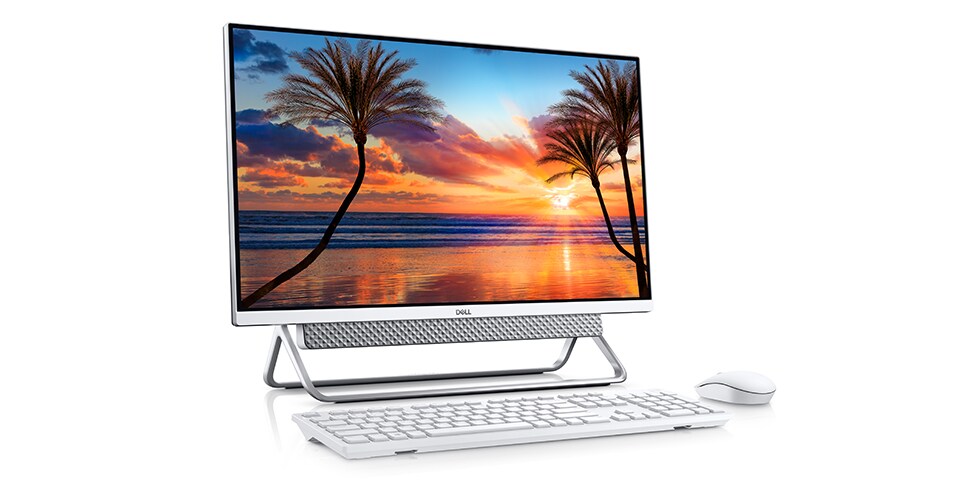 Like the HP Envy All-In-One featured above, the HP Pavilion features a stylish edge-to-edge 4K display that will cut an impressive figure on any desk. However, at less than half the price as the Envy, it might be the better option for businesses, students and shoppers on a tighter budget. With 8GB of RAM instead of 16GB, the 24-inch HP Pavilion All-In-One is the computer to look at if you need something that can handle all of your everyday tasks, doesn’t require any additional hardware, and doesn’t cost a lot. There’s nothing flashy about the AMD Ryzen 3 quad-core processor and the display this machine is packing, but it will absolutely get the job done. 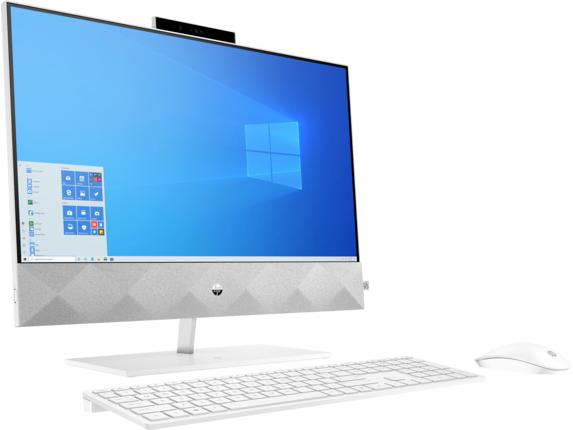 For those who don’t want an all-in-one, but still want the additional horsepower that often comes with larger desktop towers, look no further than the M1 Mac Mini. Equipped with the same world-beating components as the game-changing M1 MacBook Air, this Mac Mini can handle just about any typical task without breaking a sweat — browsing the web, playing back 4K video, running apps for work — while also being powerful enough to take on things like gaming and video editing. It’s also versatile enough to plug into your TV and function as a media hub, if that’s your thing.

There’s no denying that Apple makes some of the best desktop computers in the world, but Mac OS isn’t for everyone. If that’s the case, then Intel’s NUC line of mini PCs have emerged as an exciting alternative in recent years. The NUC 10 comes equipped with Intel’s 10th-generation Core i5 CPU and has everything you need to accomplish everyday tasks, all while fitting in the palm of your hand. Plus, if you decide you need more RAM or storage later on, it’s easily upgradeable. 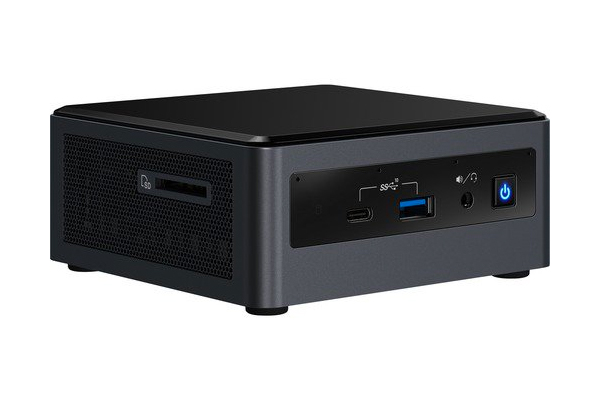 If gaming is part of the equation as you evaluate the best desktop PCs, then Alienware Aurora 11 Gaming Desktop is one of the best options. While you can opt for base-level specs and net a computer that will get you respectable gaming performance for under $1000, the real draw of this computer is that you can configure it with high-end components such as a AMD Ryzen 3700X CPU and the new NVIDIA GeForce RTX 3070 GPU to grind through the most demanding of AAA games at 4K resolutions or silky smooth 200 FPS framerates. But if you decide to go with a more modest build, the Aurora still provides plenty of power with the flexibility to upgrade your machine in the future. 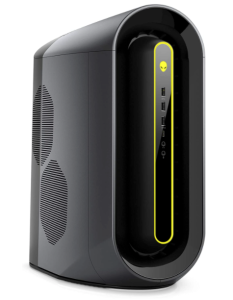 A good gaming PC is never cheap, but it is still possible to find one that offers solid performance at a price that doesn’t make you cringe. While you won’t be gaming in 4K with the base configuration of the CyberpowerPC Gamer Xtreme VR, which includes a 10th-generation Intel Core i5 CPU, NVIDIA GeForce GTX 1660 Super GPU and 8 GB of RAM, you shouldn’t have much issue running most current games at 1080p or 1440p. It’s also powerful enough for most VR headsets, too. 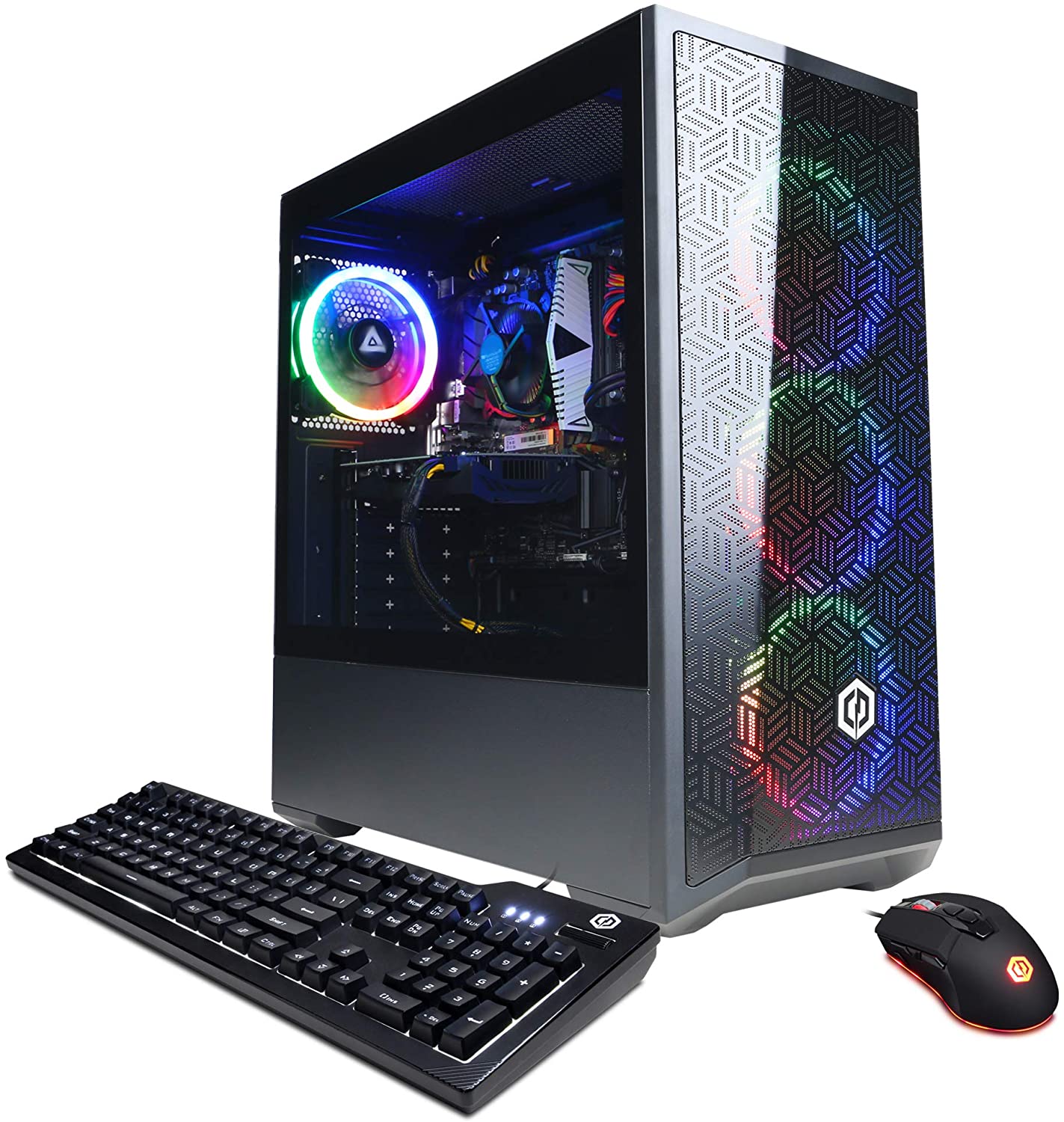 Until recently, portability wasn’t much of a factor in the desktop world. However, as computing hardware simultaneously gets more powerful and more compact, a growing number of the best desktop PCs are actually incredibly portable. And if you are looking for the absolute cheapest and easiest way to jump into a desktop computing experience, the Asus Chromebit is it. You simply plug this stick into the HDMI port of a monitor or TV, connect a mouse and keyboard, and you’re ready to go. It’s definitely underpowered compared to the models featured above, and it doesn’t come with much internal storage, but at a price this low, there’s only so much you can expect. It also runs on Google’s Chrome OS, which is a legitimately great platform, provided you can get by entirely on web apps. 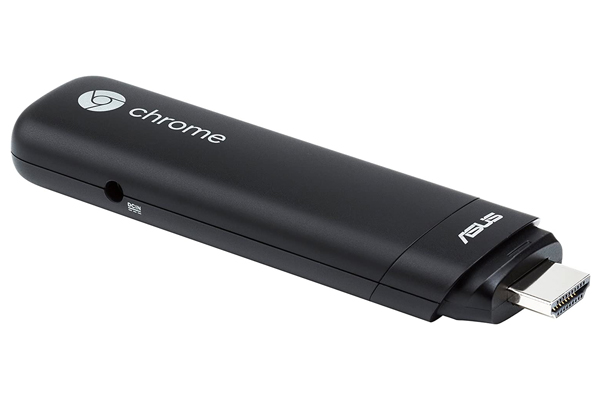 Everything You Need to Create the Perfect Home Office Setup