Disposable cameras? Is it the year 2000 again?

Sadly, no, it’s not. We’re still stuck in the year 2021, reminiscing on the hellscape that was last year. But, we’re doing everything and anything we can to pretend we’re not. Hence, why we’re only shooting the rest of the year’s memories using disposable film cameras.

You remember them all too well. For some of us, disposable cameras were the first camera we were ever trusted to use as children, while for others, we were snapping away our high school graduations and college parties alike with this worry-free pocket-buddy that was way useful before the world of camera phones.

While snapping pics on our phones nowadays is easier than reciting our ABCs, we love and missed the crappy, low-quality aesthetic film cameras used to bring so much, we just had to round up the best disposable cameras to buy in 2021. And yes, they will absolutely give your phone camera a run for its money.

Fujifilm is the top of the top when it comes to the best disposable cameras. The brand in recent years has seemingly put the majority of its focus on both their disposable and instant camera product line, providing super-crisp detail in otherwise lower-quality shots. The Quicksnap 135 is a 10/10 disposable point-and-shoot that’s ready to slip right in your back pocket or backpack to be pulled out whenever a quick shot needs to happen. The flash on this thing is also incredible because it rarely washes out faces the way other disposables do. With 27 exposures, you’ll have the ability to take a slew of wildly fun photos with this thing. 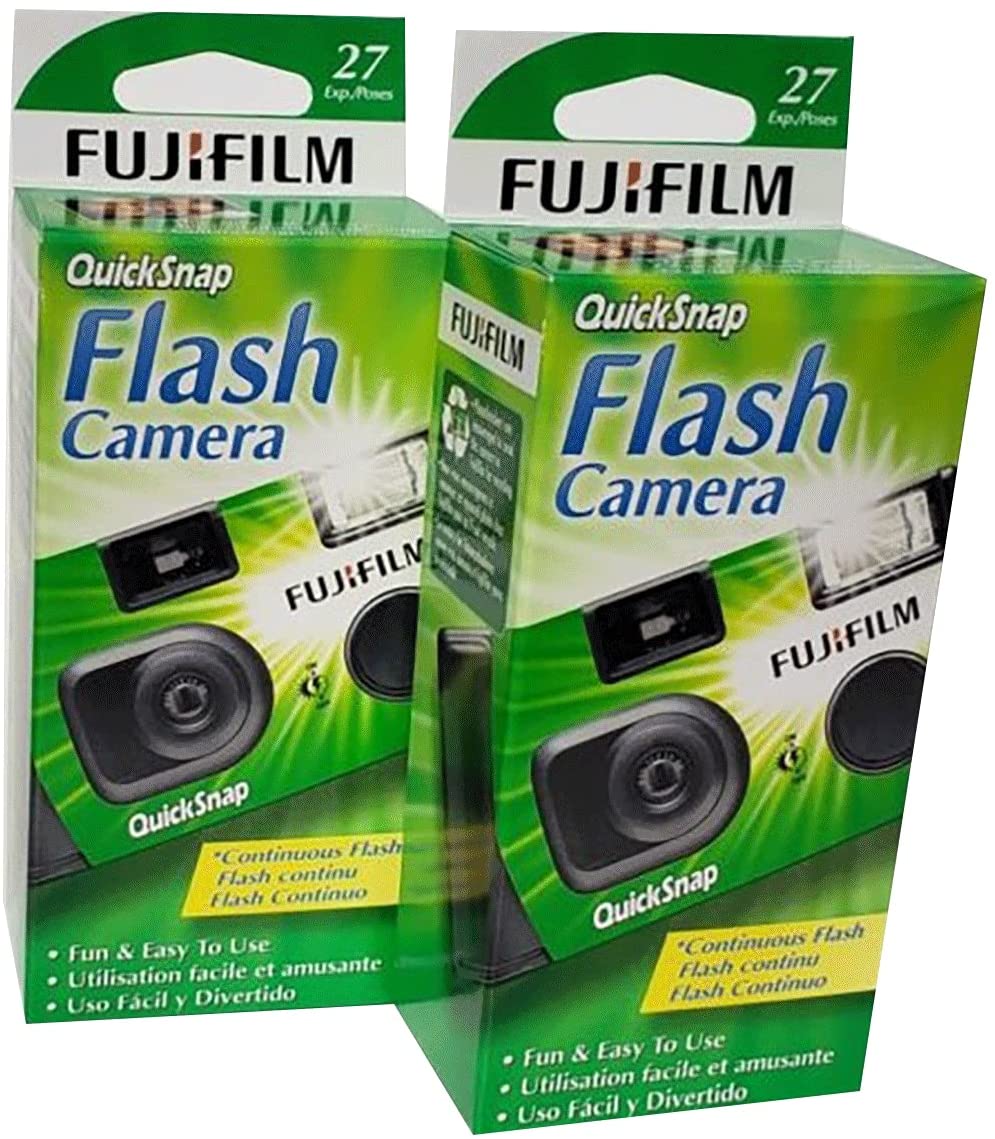 While Kodak holds true to a pretty stellar disposable camera, their primary focus nowadays seems to be in their film quality and actual camera line. With that being said, the Kodak FunSaver slaps and has a wicked amount of quality for a disposable camera, but the only reason we’re giving it the second spot is that it isn’t Kodak’s biggest priority. The camera has the ability to take photos in most lighting situations due to the frontal flash and sharp quality even indoors, but we love using this one outside in the daytime. The flash will occasionally drown out some skin tones, but that happens a lot with disposable camera flashes, so it’s essentially a given no matter what you buy. 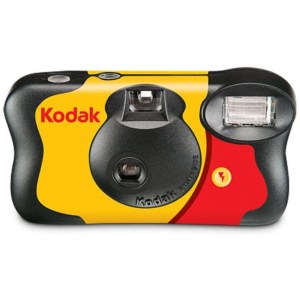 There aren’t many black and white disposable cameras on the market at all, so we were surprised to find out that our favorite black and white film brand has its own disposable camera. Ilford is known for its clean and crisp black and white film for good reason, it’s pretty much the best of the best when it comes to shooting out-of-color. Ilford’s take shoots like any regular point-and-shoot and is meant for single-use. It has a front flash for low-light situations and more or less has the same quality as any regular disposable, just in black and white. If you’re used to using Ilford film, know that the photo quality will be a lot different than what you’re used to. This baby is just a disposable, so it clearly doesn’t have a light meter as your regular film camera does. 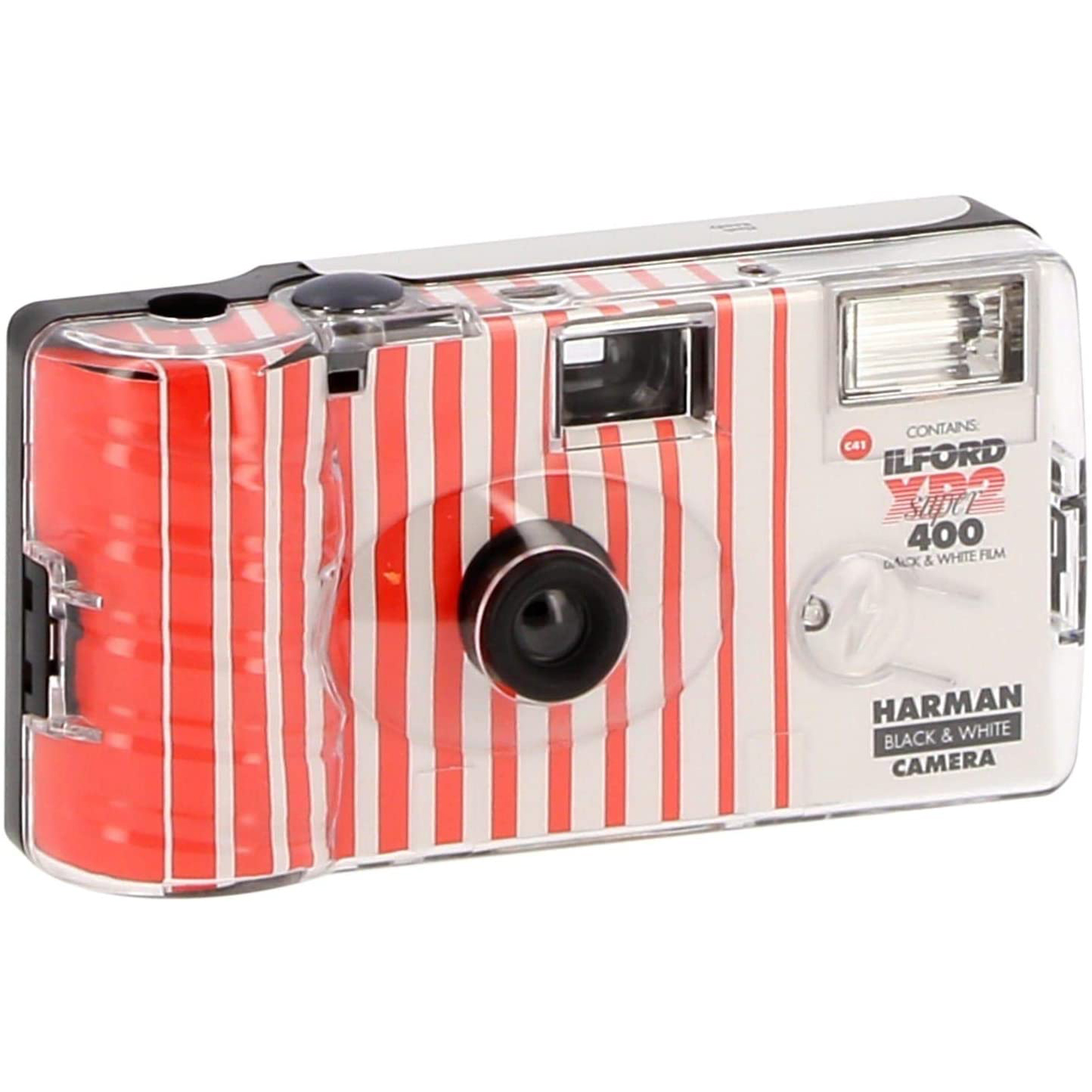 While in our eyes, there’s no such thing as a boring disposable capture, the LomoChrome Metropolis camera is ready to turn any mundane shot into a new, color-coated beauty. The film itself is known for distinctly stark and muted colors to give an overall moody appearance in each photo, but the added flash on this camera helps any photographer display something quite different. With the ability to switch on and off three different color gels over the flash, you can tint your photos to be more pink, blue or yellow. The results that come from the color flash ability are wacky and one-of-a-kind every time. 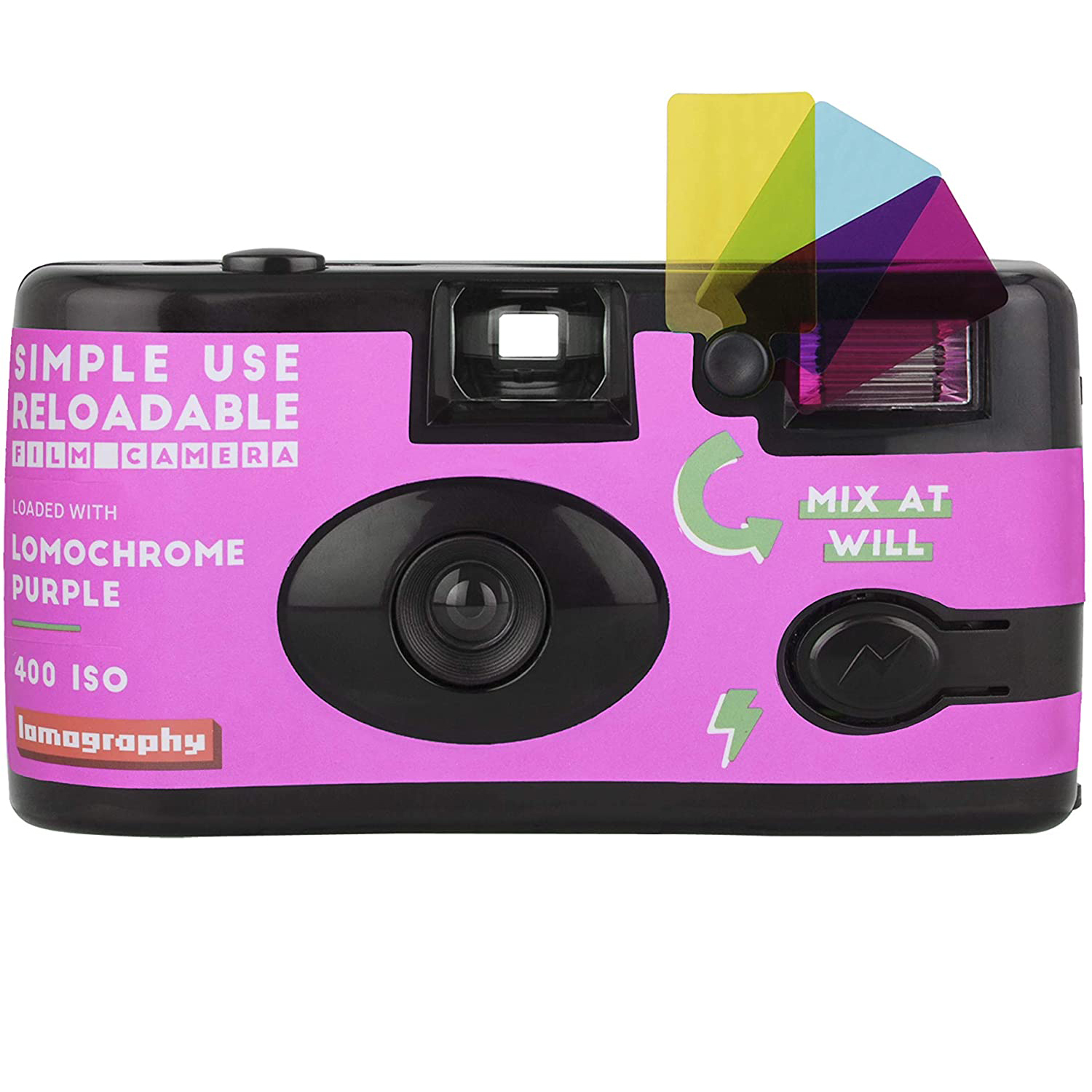 While this camera is truthfully like any other disposable camera to exist, it’s basically designed solely for aesthetic purposes. It’s going to take decent, low-quality one-shot photos the same way any other disposable would, but the exterior is decorated to the 9s. They have varying designs that portray a couple of vibes, like this paisley bandana design, a weed leaf-covered look and one that’s even coated in butterflies. 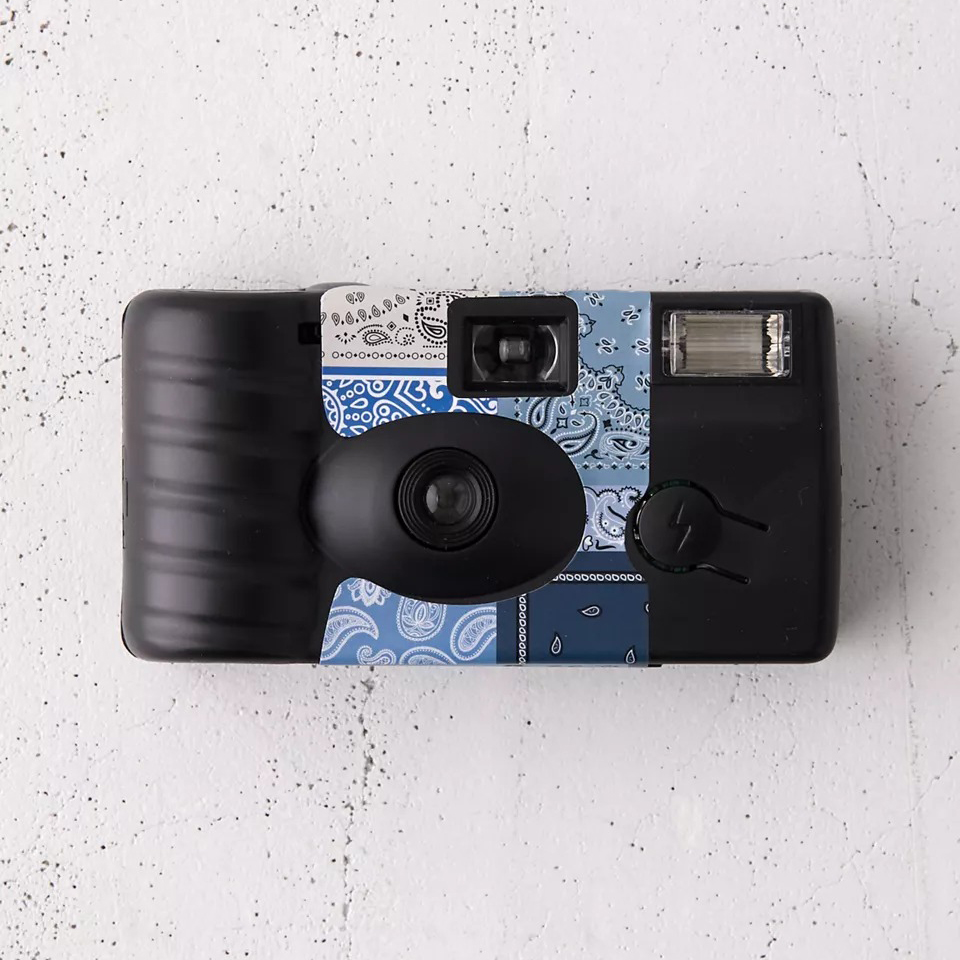 Underwater cameras are tons of fun and no one can take that away from us. Switch up your disposable subjects and have fun in wet locations like the beach, a lake, the rain — or wherever else is wet. The shower? We don’t care. You do you. Reviewers on Amazon claim to say that this camera’s photos come out surprisingly very clear both in and out of the water. It also comes in a pack of two, which means double the fun! 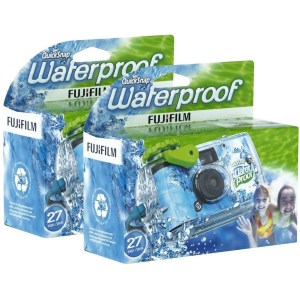 Unless it’s waterproof, it’s relatively unlikely that a disposable camera won’t have a flash. But, in the cakes of the Kodak SUC Daylight 39 800iso Disposable Analog Camera, stranger things have happened. This flash-less disposable analog is made for outdoor use only and uses the sun as source to light whatever you’re shooting up. This camera also uses 800 ISO film which is another unusual choice for a disposable camera. Nonetheless, we’re sure you’ll capture some stellar memories when using it. 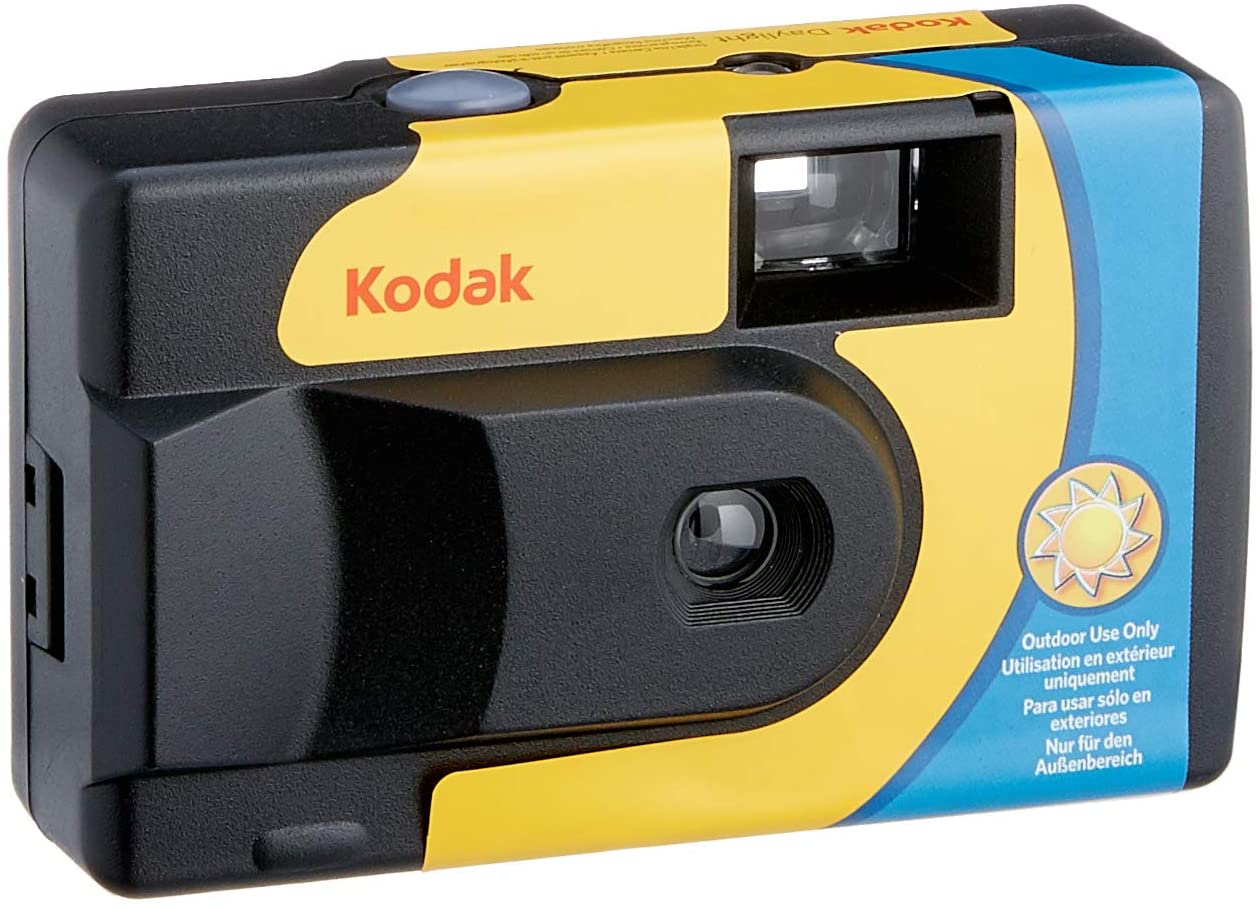