In an age when everyone and their mother can take professional-grade selfies using one of the best ring lights and a fantastic smartphone camera, it’s easy to forget that capturing photos once took a lot of effort and skill. Today, even the best laptops are equipped with HD cameras. Despite all of this photography technology, some continue to revel in the process of film photography and use it as a great way to spend whatever time they have left after binge-watching the best streaming releases of 2022.

Some enthusiasts are turning to film cameras because they can be cheaper to source than top digital models. Others are switching in the name of artistry. The photo creation process is more hands-on with film cameras, with the option to develop your film and the ability to create more artistic, in-camera, or post-processing images. Others prefer the aesthetic.

If you are already familiar with point-and-shoot digital cameras but are ready to scratch a nostalgic itch, switching to a 35mm film camera won’t be too challenging, and there are many models to choose from. If this is your first step into photography, our list includes some of the best film cameras for beginners. Note that while all of the cameras listed are available on Amazon for purchase, a handful are gently used and refurbished as some of the highest quality film cameras aren’t in mass production any longer. When buying a refurbished product, inspect it thoroughly and read through reviews before purchasing. Once you choose your favorite film camera, invest in the best camera backpack for photographers and start capturing your surroundings!

Read More: The Best Sports and Action Video Cameras Are as Fearless as You Are

The Best Film Cameras At a Glance

The Pentax P30T 35mm Film Camera is ready to fulfill all of your film photography dreams. Whether it’s a family vacation, a day out at the beach or hitting the streets of New York for some human interest shots, this camera won’t let you down regarding image quality. It’s compatible with all Pentax PK-mount lenses, and the P30T body comes with a fixed 50mm lens, which is excellent for portraits and other day-to-day shots. This refurbished camera was originally manufactured between 1990 and 1997 and offers users three separate shooting modes: aperture priority, automatica exposure and metered manual. 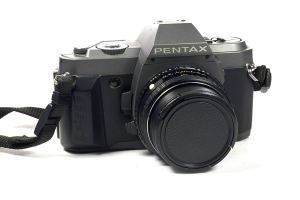 The Halina Tegra AF290 Film Camera, while still pricy, is straightforward to use and an excellent value for someone who wants to participate in the retro trend but doesn’t have the camera knowledge to support it. This camera runs on AA batteries and comes supplied with a neck strap (so retro!). The built-in 28mm wide-angle lens and panorama function lets you capture wide-angle shots like landscapes or group photos. The Halina Tegra Film Camera is so easy to use, it’s practically the film version of a point-and-shoot digital camera, making it a great investment. 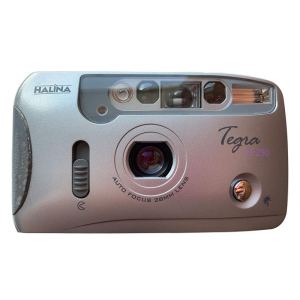 If you use film photography as a mode of artistic expression, the Holga Panoramic Pinhole Camera is the camera for you. The pinhole exposure means the camera requires no lens to deliver a panoramic view reaching as wide as 120 degrees. The camera also boasts an F133 aperture, accommodating all 120 film formats. This is an excellent option for photographers looking to play with multiple-exposure photography, as the film advance requires manual operation. This fully manual process replaces the auto exposure function in most digital cameras, which allows the photographer more control over creating special effects through multiple exposures. 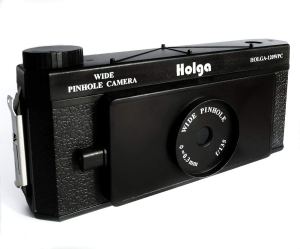 If this is your first venture into film photography, the Canon AV-1 35mm SLR Camera is a great option. Not only does it look the part, but it’s also easy to work and comes supplied with a fixed 50mm f/1.8 lens, allowing for plenty of personal expression in your work. The camera runs on standard 35mm film and can accommodate any Canon FD-mount lenses, giving you a massive range of photography styles at your fingertips. We think this slightly used SLR camera is one of the best film cameras for beginners. 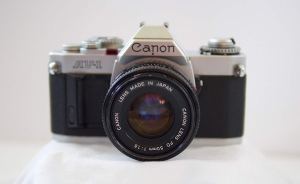 Last produced in 1975, the Minolta SRT-102 Camera remains one of the best film cameras. The single lens reflex includes a through-the-lens CLC (Contrast Light Compensator) meter, coupled to the film and shutter speed. Moreover, it comes with a 50mm lens, giving you a versatile camera right out of the box. The Mat-Fresnel-field screen sports a split-image spot for clear and simple focusing. This refurbished camera also boasts a mirror lock-up function and flash synchronization to minimize vibration and ensure clean and crisp image production. 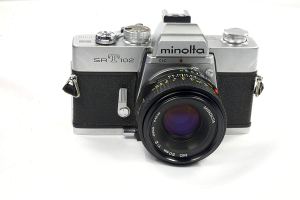 Even though it may be over 40 years old, the Olympus OM-2 35mm Film Camera remains one of the most popular film cameras ever produced. This SLR camera is supplied with a 35mm lens and includes a range of useful elements for creating masterpieces like the 10-second self-timer, the off-the-film-plane TTL metering and a minimum shutter speed of 1/1000 seconds.

Another popular option that’s supplied with a versatile 50mm lens is the Nikon FE2 Film Camera. This refurbished and semi-professional level camera was produced in the mid-’80s and remains iconic among many Nikon fans. It works on 35mm film and sports a copper-aluminum alloy body to give it a solid build and an attractive appearance. You’ll also find a built-in light meter and the option to select a fully manual mode, which allows you to shoot even if your internal batteries die. Though gently used, this Nikon also has several impressive adjustable features, including exposure compensation, ISO, shutter speed and camera mode. All of the Nikon features help produce the best results regarding image quality and artistic expression. 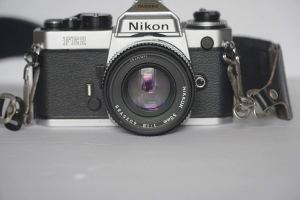 Since the instant camera is experiencing a revival, we couldn’t compile a film camera list without including at least one instant option. The Fujifilm Instax Mini 9 comes in a range of colors and will produce perfect wallet-sized photos with the classic white frame that you can save forever. This instant camera automatically determines the best brightness for your picture, so you won’t have to sacrifice image quality for ease and style. Set up a photo booth at your next party and give away the photos as keepsakes, or bring it on your next excursion to capture your awesome surroundings. 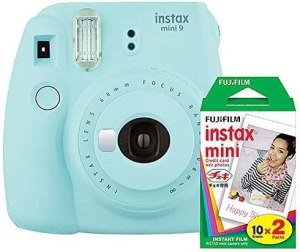