One of the most essential items in the world is a flashlight. You can pretty much guarantee that at some point in your life, you’re going to need one, whether that’s because the power in your house has gone out, your car is broken down on the side of the road at night or you’ve dropped your keys in the dark.

Granted, most people have a light on their phones these days, but nothing replaces a flashlight in terms of emergency power. The smartest people keep one on every level of their home, in their garage and in their car. That way, they’re never in a situation where they need a light, and their phone battery has died.

As someone who is always prepared for an emergency, you likely want to buy the best flashlights to keep around you at all times. When shopping for a flashlight, there are a few important things to consider, including:

Read on to learn more about the 10 best flashlights you can buy to light up the dark in 2020.

With over 5,000 five-star reviews, it’s hard to argue against the GearLight LED Tactical Flashlight S1000 being the best of the best. Each of the two flashlights included in the pack is ideal for all occasions, whether that’s camping, emergency situations or general everyday use. The flashlights offer five different lighting modes, including a zoomable head, and boast an aluminum construction that is virtually indestructible. They’re also both water and shock-resistant. To cap it off, you’ll also find these flashlights come with wrist lanyards and belt holsters for a range of handy carrying options. 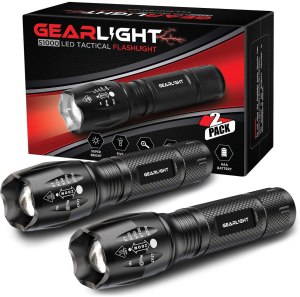 While the Streamlight Nano Keychain Flashlight may be small enough to fit on your keychain, it is still capable of packing an impressive punch when it comes to lighting things up. This compact, 10-lumen flashlight is crafted from machined aircraft aluminum with an attractive anodized finish. It’s waterproof, and it also features a shaped LED which maximizes the output for greater beam coverage. Additionally, the five-millimeter LED in this 1.47-inch flashlight has a 100,000-hour lifetime and runs up to eight hours. 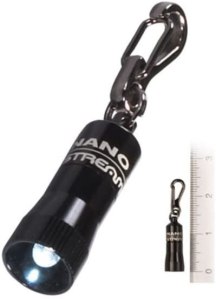 The Maglite LED Flashlight is the kind of flashlight that feels solid in your hand. The tough and rugged design is made to withstand the rigors of daily life. It includes an anodized interior and exterior for improved corrosion resistance, weather-resistant seals which give the flashlight an IPX4 water resistance rating and a construction that can withstand drops from up to one meter in height. Light-wise, you’ll enjoy 168 lumens of brightness which can produce a 412-meter beam of light. Furthermore, the flashlight can run for up to 80 hours from a new set of D-type batteries, and it comes in a choice of different colors, including red, blue and classic black.

The LE Rechargeable LED Camping Lantern is a great option for anyone looking for a flashlight with a range of uses. Whether that’s providing a beam during your nightly dog walks, delivering light during a power outage or offering lantern-like light when you’re camping, this versatile device can do the job. At its highest setting, the 1000-lumen flashlight creates a beam with an irradiation distance of 500 meters. The advanced design includes a secondary light panel on the side as an alternate source of light. Additionally, when needed, the lantern can act as a power bank for charging your devices and includes an over-the-shoulder strap for easy portability. 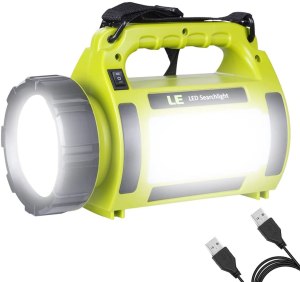 Sporting a unique design, unlike anything else on our list, the AlpsWolf Rechargeable LED Flashlight is crammed full of handy features. Not only does the cuboid shape make setting your flashlight down an easier task, but it also makes storing it more simple, too. The flashlight boasts a double-ended design which lets you pick between a floodable and a long-range beam option. You’ll also find double switches for easy control as well as a USB port which lets you plug into the power bank inside for on-the-go charging. Furthermore, this 4,000-lumen flashlight includes a rechargeable battery. 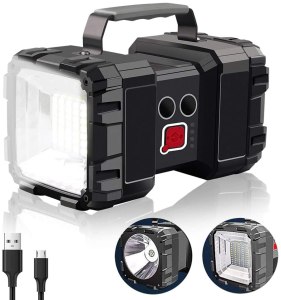 Described by one Amazon user as “obnoxiously bright,” the Anker Ultra-Bright Tactical Flashlight never leaves users wanting. With 1,300 lumens of brightness and an IPX7 rating, you’ll be able to see even in the most extreme weather conditions. There are five different lighting modes to choose from, and the powerful 26650 battery supplied with the light can provide up to six hours of light depending on your mode choice. Furthermore, it’s rechargeable which means there’s no need to replace it when your power runs low, simply plug it in using the micro-USB charging cable. 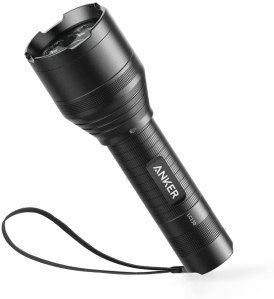 If you want plenty of lighting power but prefer a small flashlight in hand, you’ll definitely want to check out the ThruNite Catapult V6 Thrower Flashlight. This well-reviewed flashlight sports a compact design and offers a maximum brightness of 1,700 lumens with a beam distance of up to 750 meters. There are six levels of brightness to choose from, including low, turbo and strobe. The included high capacity 5000mAh 26650 battery is also rechargeable using the included USB charging cable. Furthermore, the lanyard and holster give you a choice of carrying options. 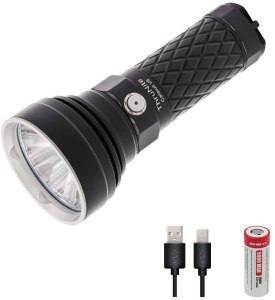 The DanForce G1 Rechargeable LED Flashlight understands that sometimes one size doesn’t fit all. By sporting a modular design, this smart flashlight lets you customize the body to suit your flashlight needs at the time. If you want a shorter light? Unscrew and remove the middle body segment. Want a heavier and longer light? Fit it back in. It’s that simple. This high-quality light is also supplied in a stylish, protective case that holds the range of additional customizable pieces. These pieces include red and green lenses, a bike mount and a lantern attachment. 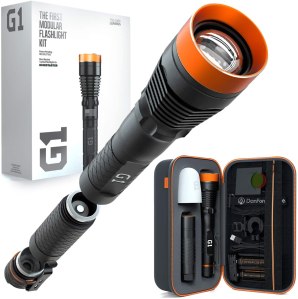 When it comes to producing a directed beam from a comfortable pistol-style flashlight, it’s hard to beat the Streamlight 44910 Waypoint Spotlight. On the highest setting, you’ll enjoy 1,000-lumen light for up to three hours at a time. It’s also possible to enjoy up to 60 hours of runtime when the light mode is set to the low, 35-lumen beam. This rechargeable device is made from an unbreakable polycarbonate for a rugged feel while the wrist strap and built-in stand offer a range of mounting and carrying options for a handy level of convenience. 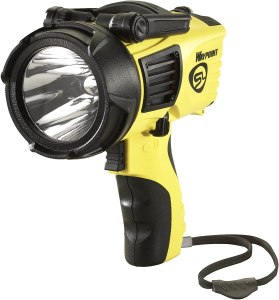 The Streamlight Strion Professional Flashlight has a lot going for it. Offering a maximum 615 Lumens and sporting a body that is built to last, this flashlight is more than suitable for professionals looking for a high-quality lighting option, including law enforcement workers. The shell is made from a durable aircraft aluminum construction and includes a roll-preventing head, so when you put your light down it stays put. The multi-function, push-button tail switch lets you choose between the multiple lighting modes. At its highest, the beam reaches an impressive 219 meters and lasts for up to 1.25 hours from a full charge. Alternatively, you can put the light on the lower setting and enjoy up to four hours of light.