The best gaming laptops in 2022 can play nearly anything you could want, including some of the best PC games. Gone are the days when gaming on a laptop meant making sacrifices; you can now find some of the most powerful machines going in laptop form.

How We Chose the Best Gaming Laptops

The best gaming laptops come in a lot of different flavors because there’s a lot of range in what you could want when gaming. Maybe you’re after one that can stream alongside it. Maybe you’re only interested in indie games, so you don’t need a powerhouse. Or maybe you’re a big FPS fan, so graphics are essential. We’ve made sure to balance price, power and flexibility when choosing the best gaming laptops, so you can trust that you’ll be getting what you need.

What makes the Razer Blade 15 Advanced special is not the uber-capable 10th-generation Intel Core i7 CPU or the state-of-the-art NVIDIA GeForce RTX 3080 GPU. Nor is it the 240Hz QHD display or 32 GB of RAM. Rather, it’s the fact that they’ve managed to take all of the specs for the most powerful gaming laptop you can buy and fit it into a package that looks almost nothing like a gaming laptop at all. The design is sleek and understated, and if not for the logo or the RGB LED keyboard, you might not guess that this thing is capable of running with ray tracing turned on.

There are gaming laptops out there that might have slightly more powerful specs or offer more performance per dollar on the value front. But there aren’t many gaming laptops that work well as normal laptops when you don’t have your Steam library fired up. This laptop is one of them, thanks to its relatively normal size and weight specs. And at the end of the day, this is a gaming PC, and gaming PCs are a luxury. For our money, there is no greater luxury than the Razer Blade 15 Advanced when it comes to the best gaming laptops. 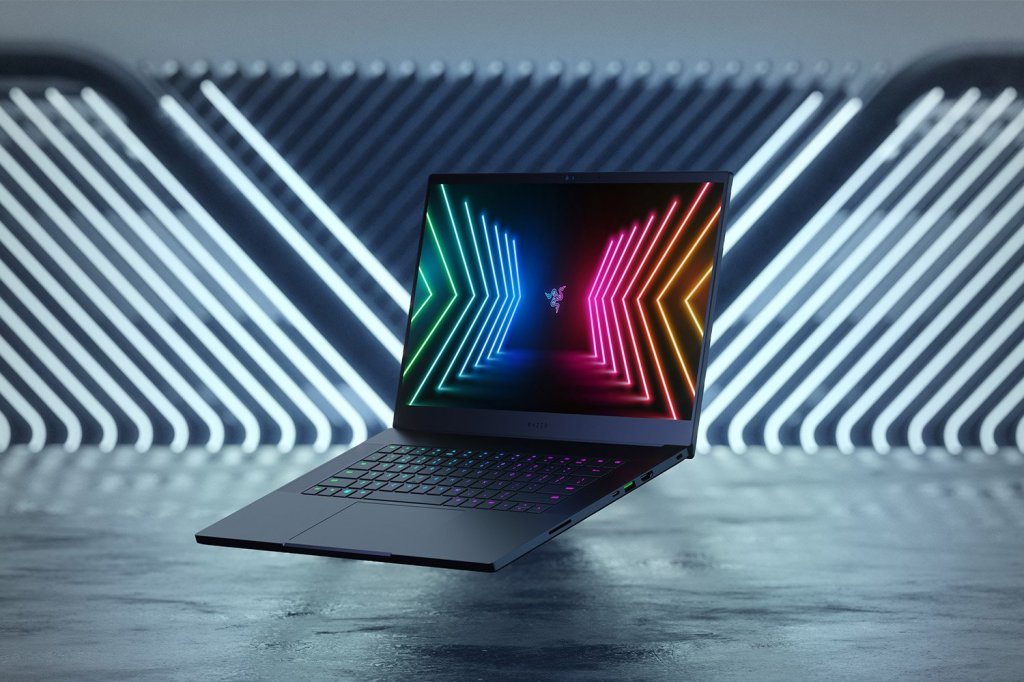 Like the Razer Blade 15 Advanced, the Alienware M14 R4 gaming laptop comes equipped with the latest and greatest NVIDIA GeForce 3000 series GPUs, which will give you next-gen effects such as ray tracing. This particular configuration features a 15.6-inch FHD display with a 300Hz refresh rate, an NVIDIA GeForce RTX 3070 GPU and an Intel Core i7 CPU. While you can bump up the specs to an Intel Core i9 and an RTX 3080 to place it in the realm of Razer’s top laptops, we like this configuration because it strikes a nice balance between performance and price. 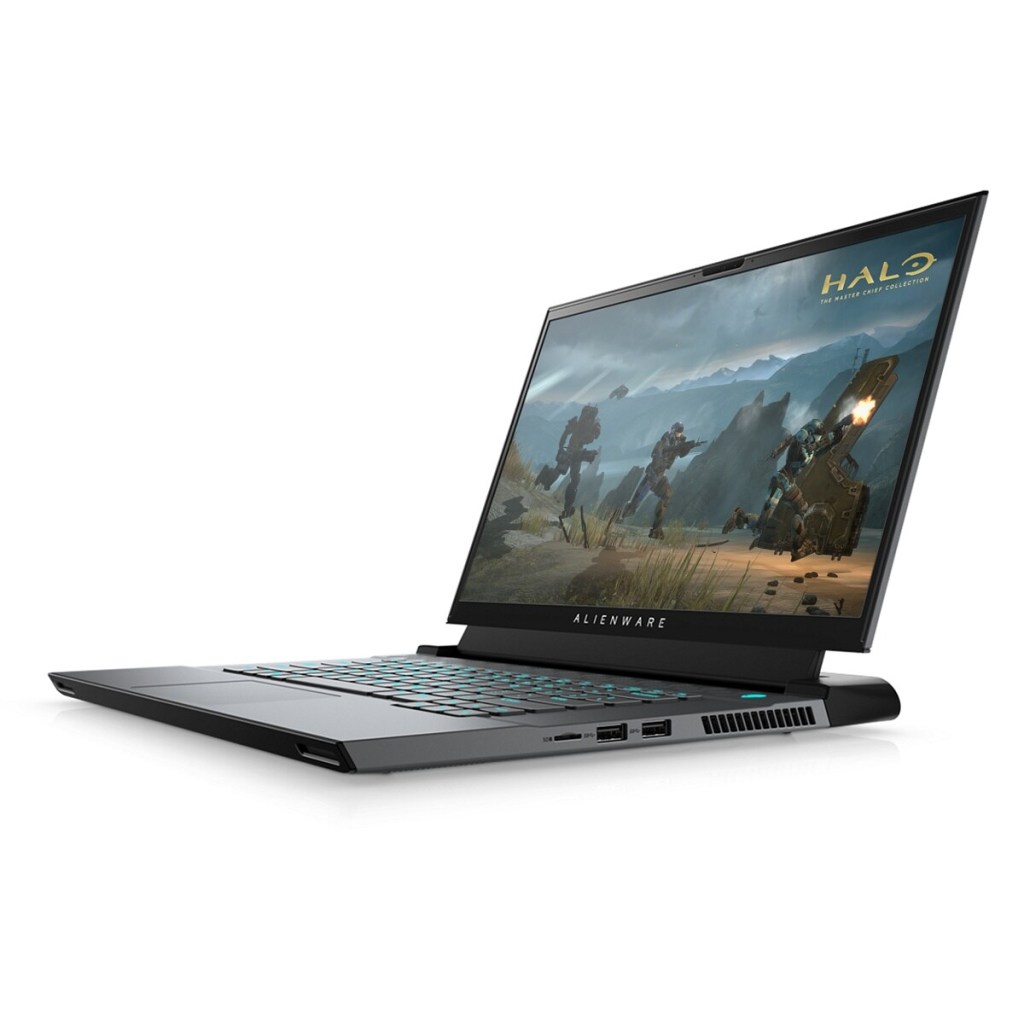 OK, so maybe you want something that speaks to your “core” gamer sensibilities. Maybe you want a laptop that’s better built to handle the heat your processor and GPU will generate as you play Valorant at 200 frames per second. The Asus ROG Zephyrus G14 is that laptop, thanks to its AMD Ryzen 9 CPU, NVIDIA GeForce RTX 2060 GPU, 16 GB of RAM and 14-inch, 120 Hz display. Despite the powerful internals, this laptop still only weighs 3.5 pounds — which is impressively compact — and it promises up to nine hours of battery life, which isn’t bad for a gaming laptop. 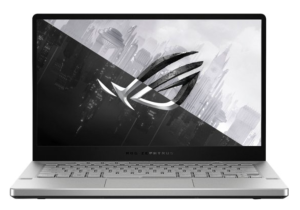 Available in a variety of configurations, the HP Omen 17 really hits its stride as a mid-range gaming laptop, complete with a 10th-generation Intel Core i7 CPU, NVIDIA GeForce RTX 3060 GPU, 16 GB of RAM and a 17.3-inch, 144Hz display that keeps the on-screen action silky smooth. All of this combines to provide you with enough power to handle high-performance, 1080p gaming at a price that won’t demolish your savings account. This is a great option for someone into — but not obsessed with — gaming. 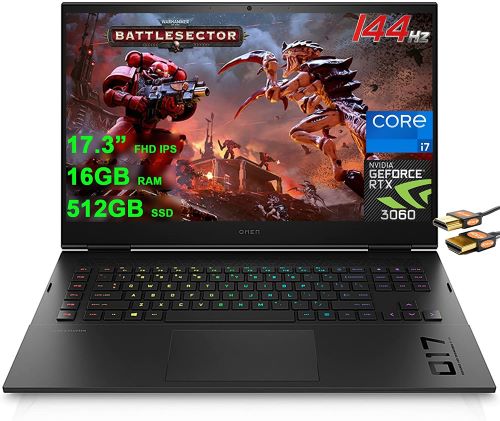 Acer has been on a quiet tear when it comes to its gaming products in recent years, rising from releasing products that are good for the price to releasing products that are flat out good (but also still a good value). The Acer Predator Triton 500 is one of those products that can go toe to toe with the best gaming laptops on this list thanks to its Intel Core i7 CPU, NVIDIA GeForce RTX 2080 SUPER GPU, 16 GB of RAM and 15.6-inch FHD display with a 300Hz refresh rate and NVIDIA G-Sync support to ensure fluid gameplay. And while this laptop may command a premium price, the performance promised here is more than enough to justify it. 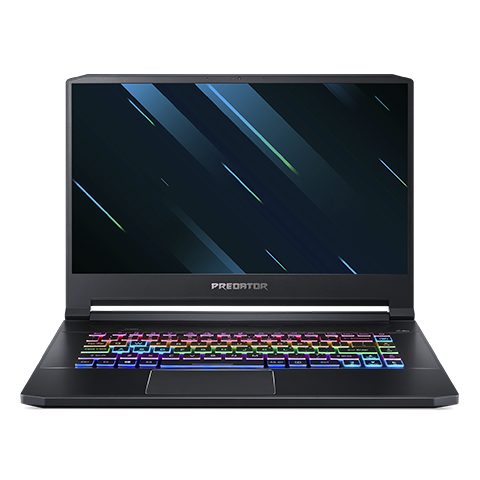 If you’re someone who has their heart set on a Razer gaming laptop but the 15-inch screen size is a little too much laptop for you, worry not. Razer also makes a 13-inch version of its Blade laptop, and while it might not have quite the same power as its larger sibling, the Razer Blade Stealth 13 is still a very capable gaming laptop. With the option to kit out this thin and light gaming laptop with an Intel Core i7 CPU, NVIDIA GeForce GTX 1650 Ti GPU and an FHD display that pushes graphics through at 120Hz, there’s plenty to love about this ultraportable gaming PC, including the fact that you can carry it around with you everywhere and barely notice it. 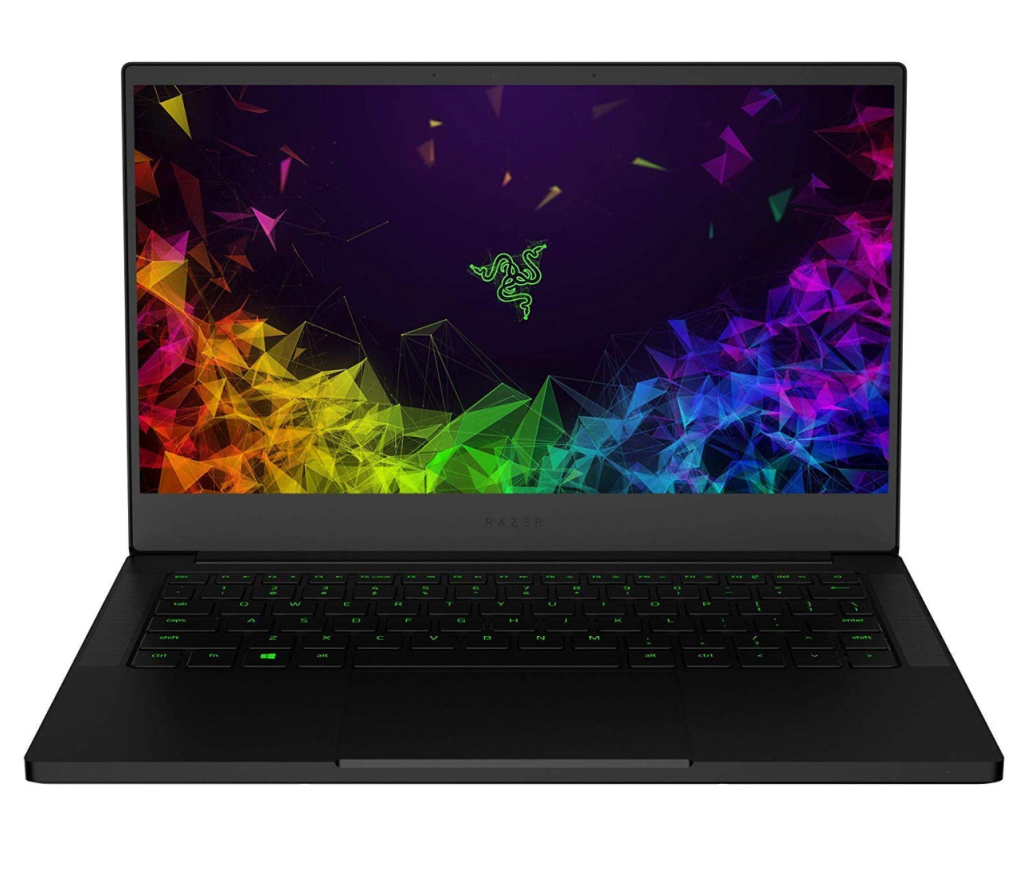 Lenovo’s Legion 5 is a great affordable gaming laptop that pairs an NVIDIA GeForce GTX 1660Ti GPU with the very underrated AMD Ryzen 7 CPU to provide a 1080p gaming experience that will make your 15.6-inch FHD display sparkle. But perhaps most impressive, given the accessible price point, is that this comes with 16 GB of RAM and a 512 GB SSD, which are specs you typically see on more premium gaming laptops. 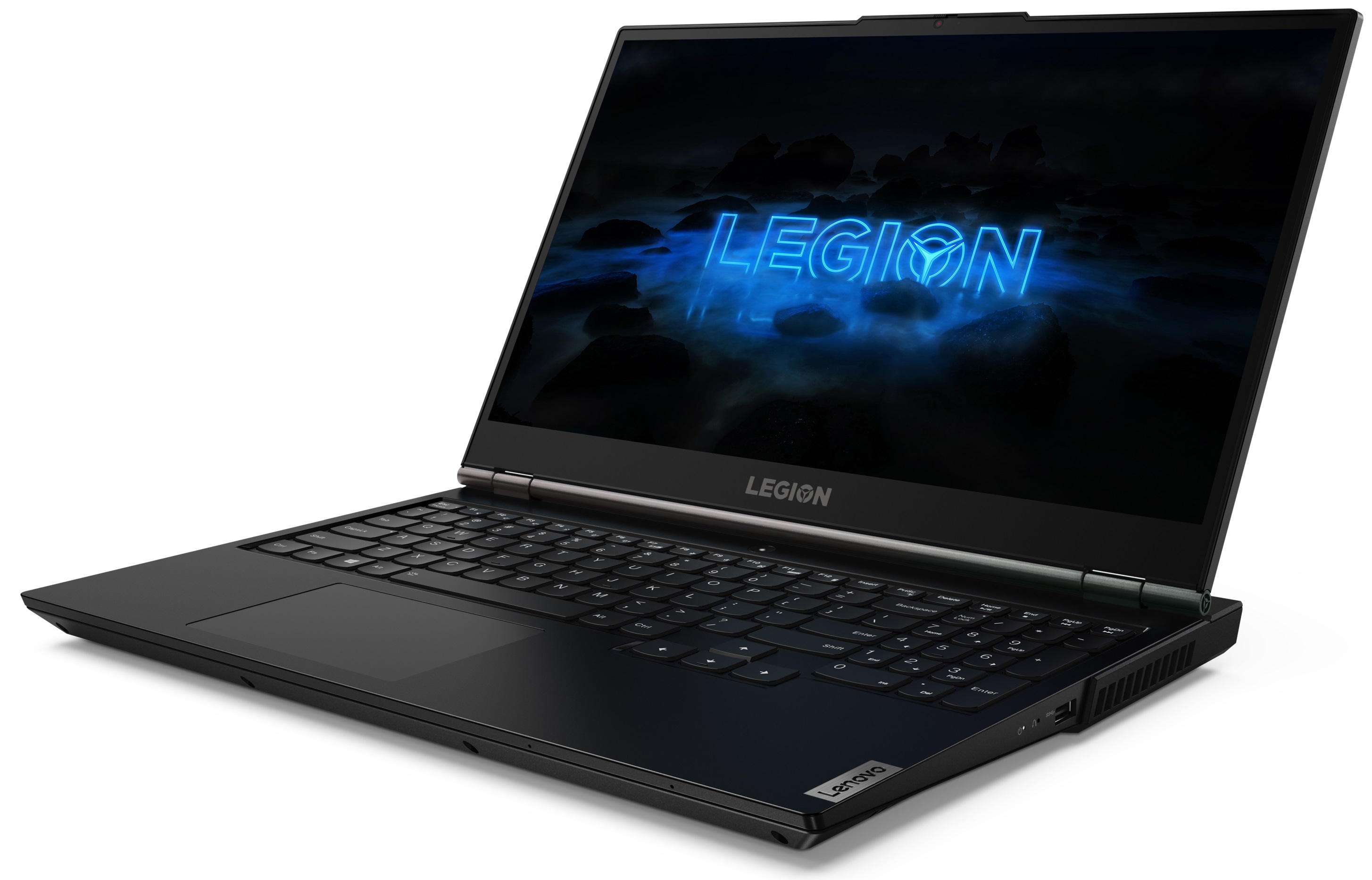 As we mentioned earlier, Acer is making some incredible gaming laptops right now, especially when you factor in the bang for the buck. And no laptop encapsulates this more than the Acer Nitro 5. For less than $1000, you get an Intel Core i7 CPU, NVIDIA GeForce 1650 Ti GPU and a 15.6-inch FHD display with a 144Hz refresh rate. Will you be playing Cyberpunk 2077 with maxed-out settings with this thing? Not quite, but you will be able to play many of the top new games on solid graphical settings and not worry about the frame rate dipping into oblivion. 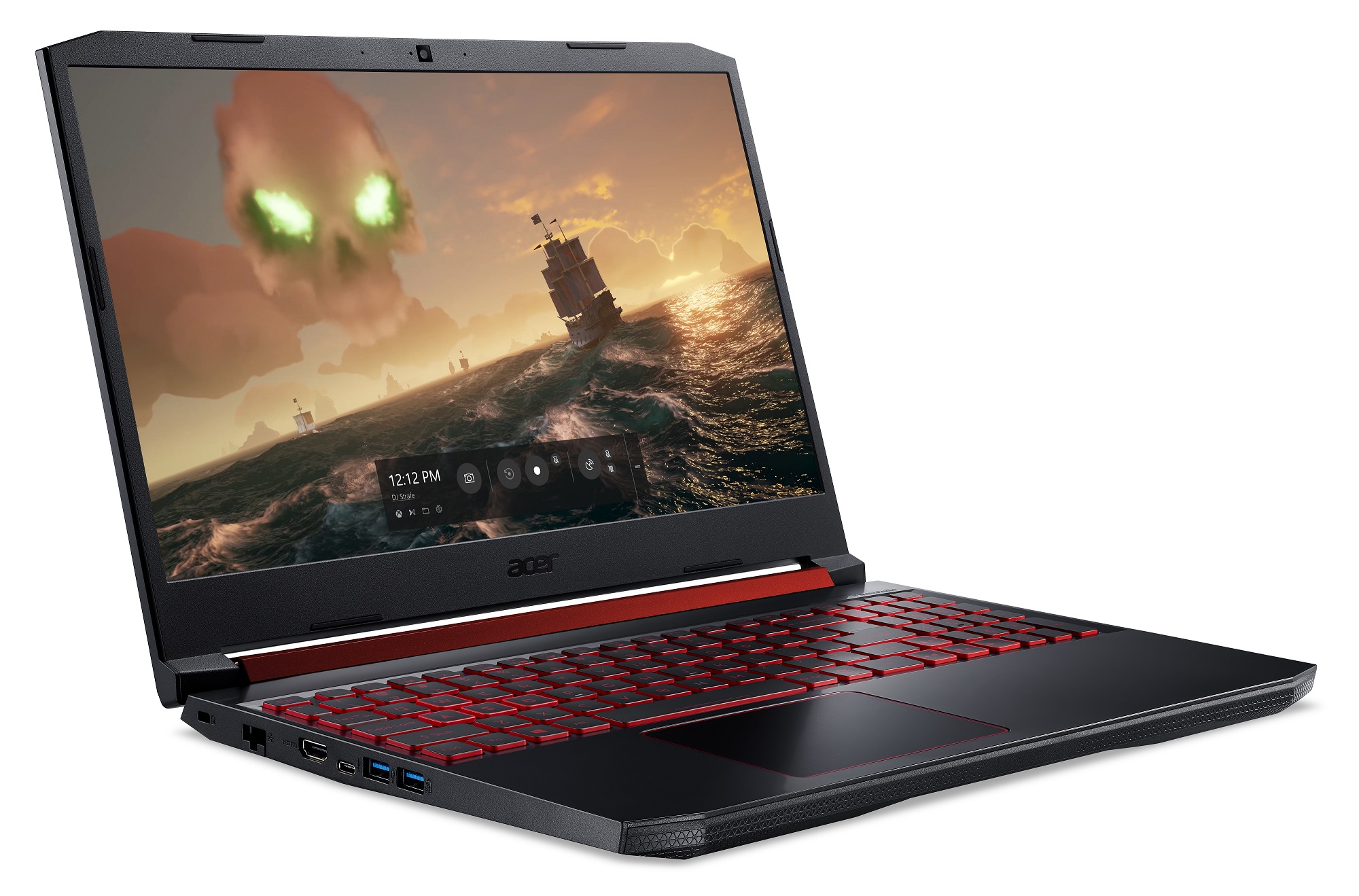 If you’re here for power, some exceptional graphics and some more power, then the MSI GS66 Stealth could be what you’re after. This model comes with an RTX3080 for stunning visuals, 16GB of RAM and a 1TB SSD. You’ll have a lot of fun playing games on this beast, and there’s plenty of storage to fill up with the latest releases too. 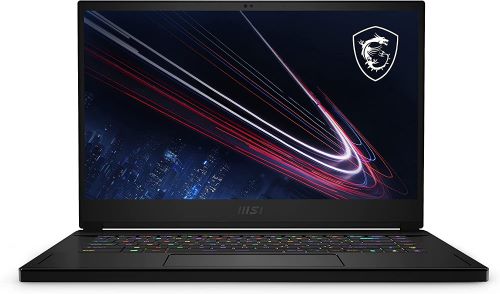 While the Dell G3 15″ 3500 isn’t the slimmest of laptops, it packs in a decent amount of power for a fairly good cost. This isn’t one for players seeking cutting-edge graphics, but it makes for an affordable option for players who like their games a little niche and weird. It’s ideal for indie games, basically, and if that’s something that you’re all about, then this should cover you. 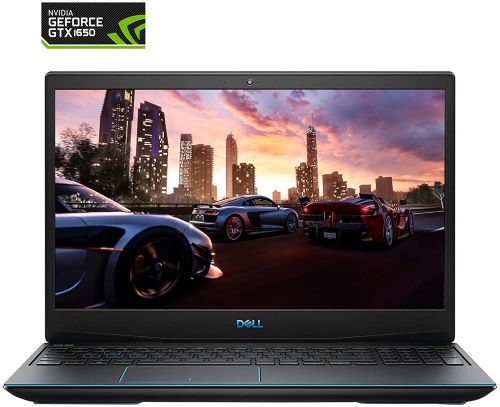 The Best Gaming Accessories You Can Buy in 2021