The best gaming monitors are deceptively crucial to amazing gaming experiences. If you have an amazing monitor and middling hardware, they can’t make your game look prettier or run faster. But if you have a premium gaming PC and a mediocre monitor, all of that money you spent on a blazing fast CPU and powerful GPU will go completely to waste. This is why it’s important to find the best gaming monitor that matches your PC setup.

For most people, the best gaming monitor will be a 27-inch display with 1440p resolution and an IPS panel. This ensures you get vibrant and detailed visuals that you don’t have to squint to look at.

Competitive gamers will also want a display with a 144Hz refresh rate and support for AMD FreeSync and/or NVIDIA G-Sync to ensure they get the smoothest, most responsive gameplay possible. Luckily, most of the best gaming monitors in 2021 are also 144Hz gaming monitors, which means you won’t have to look hard to find what you need.

But there are many different varieties of gaming monitors out there to suit many different types of gamers. Esports competitors will want a 240Hz or 360Hz display. Fans of single-player games will have their eye on a 4K or curved monitor. And everyone will be daydreaming about the day they can own an ultrawide monitor.

Whatever your needs are, we’ve found the best gaming monitors you can buy in 2021 regardless of how you game. Keep scrolling to find the best monitor for you.

Different segments of gamers have wildly different needs when it comes to the best gaming monitors, but one display that casts the widest net when it comes to satisfying gamers is the ASUS TUF VG27AQ. This is a 27-inch, 1440p IPS display that is capable of delivering gorgeous visuals, packing plenty of detail. But more than just a monitor for fans of single-player games, this is also a 144Hz gaming monitor (overclocked to 165Hz) with support for AMD FreeSync and NVIDIA G-Sync. This means you’ll get silky smooth visuals while playing first-person shooters such as Valorant. Best of all, it’s available at a price that doesn’t make you feel like you’re buying a second gaming PC. 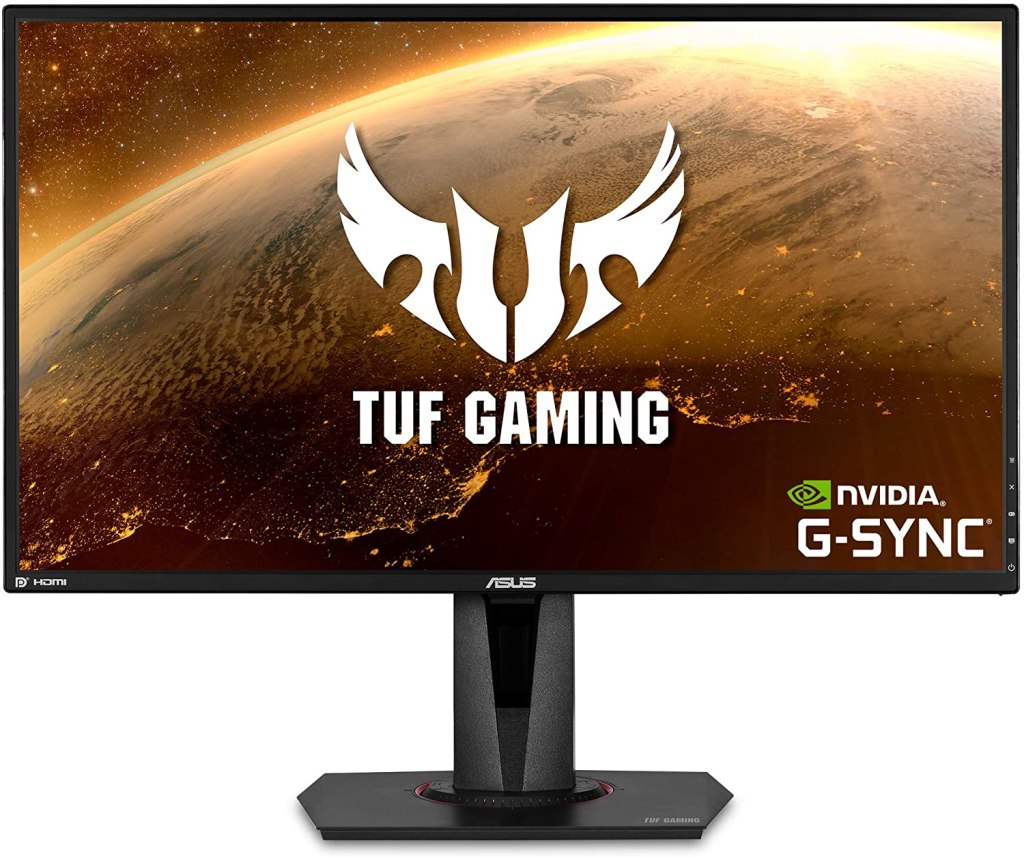 Like the Asus TUF, the Gigabyte G27QC hits the sweet spot of size, resolution, image quality and responsiveness, offering gamers a screen that is fit for any type of game. This is also a 27-inch, 1440p display and is also a 144Hz gaming monitor (overclocked to 165Hz). The difference here is that this display is curved to make things more immersive, and instead of an IPS panel (which tends to yield a more vibrant picture), it has a VA panel (which instead provides less input lag). It’s also worth noting that it only officially supports AMD FreeSync and not NVIDIA G-Sync, which could be a determining factor depending on your setup. If you gravitate towards competitive multiplayer games more than single-player adventures, this may be the monitor for you. 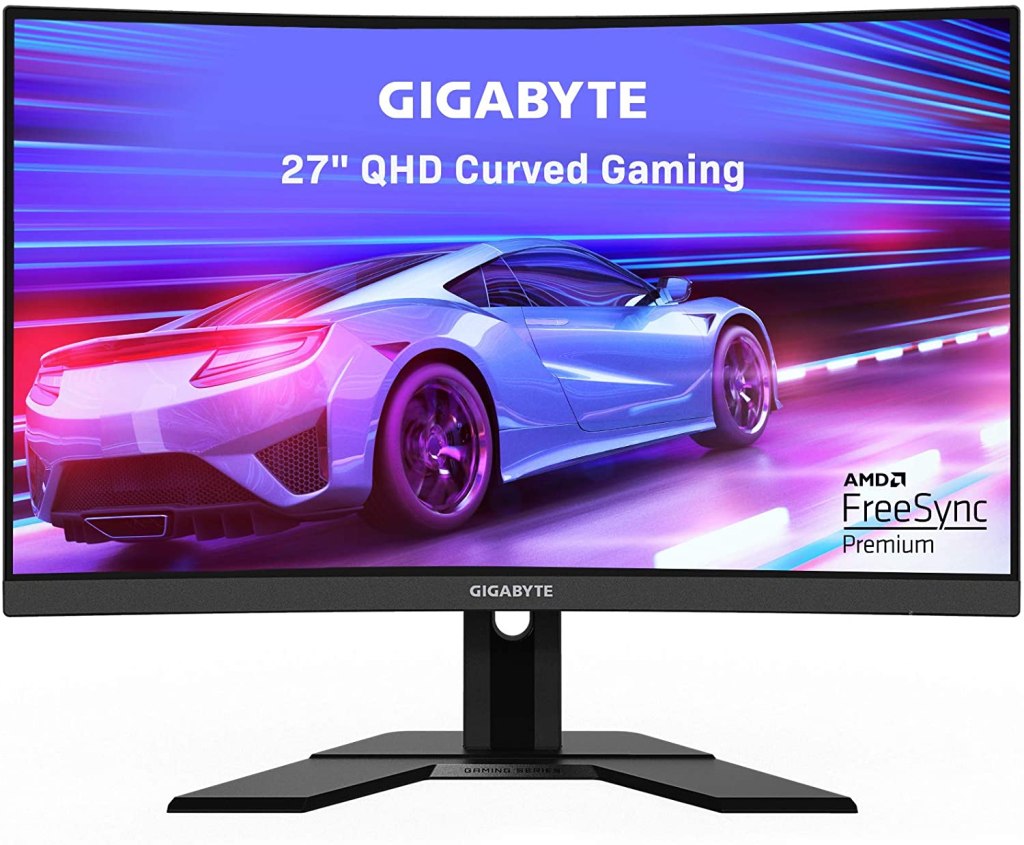 If you’re looking for all of the benefits of a 144Hz gaming monitor, low input lag and support for both AMD FreeSync and NVIDIA G-Sync for less than $250, the Acer Nitro XF243Y is just what you need. While this 24-inch display might only be 1080p resolution, the performance and versatility you’re getting for the price are unmatched when it comes to the best gaming monitors. As an added benefit, the refresh rate on this display is even factory overclocked to 165Hz. And if you’re running a mid-range or budget gaming PC rig, you’ll most likely be gaming at 1080p resolutions most of the time anyway. So save yourself some cash and only pay for the resolution you need. 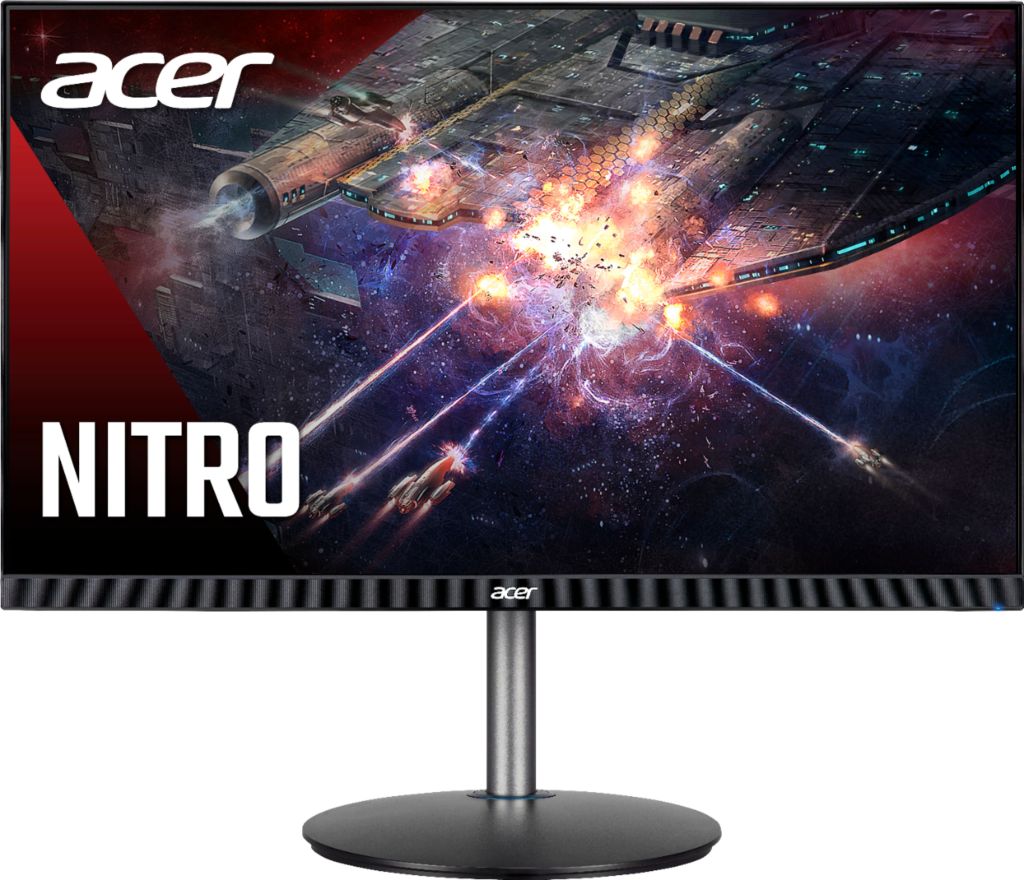 Like our other top picks, the Razer Raptor 27 is a 27-inch monitor with a 2560 x 1440 pixel resolution and a peak 144Hz refresh rate. But what really sets this display apart from the pack is its aesthetics, which pairs a sleek black frame with fully customizable LEDs along the base to get that Twitch-ready look everyone dreams of. And while you may pay a premium for those looks, you’ll still be getting excellent performance out of this display when it comes to input lag and responsiveness. 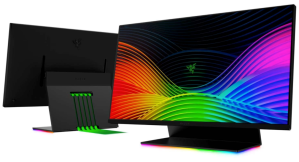 With the arrival of NVIDIA’s RTX 30 Series and ATI’s Radeon 6000 series graphics cards, the era of proper 4K, 120 frames-per-second gaming has finally arrived for PCs. And for those who can a) afford such a PC gaming rig, and b) manage to get their hands on one of these uber-powerful GPUs, you’re going to need one of the best gaming monitors that can properly show off these graphics. The LG 27GN950B is not only a 27-inch beast of a monitor with 4K resolution, it’s one of the few that is also a 144Hz gaming monitor with AMD FreeSync and NVIDIA G-Sync support. But while this monitor may be equipped to handle competitive games, this is really intended for visually pleasing games, like DOOM Eternal as evidenced by its wide viewing angles and wide color gamut that are made possible by LG’s Nano IPS technology. 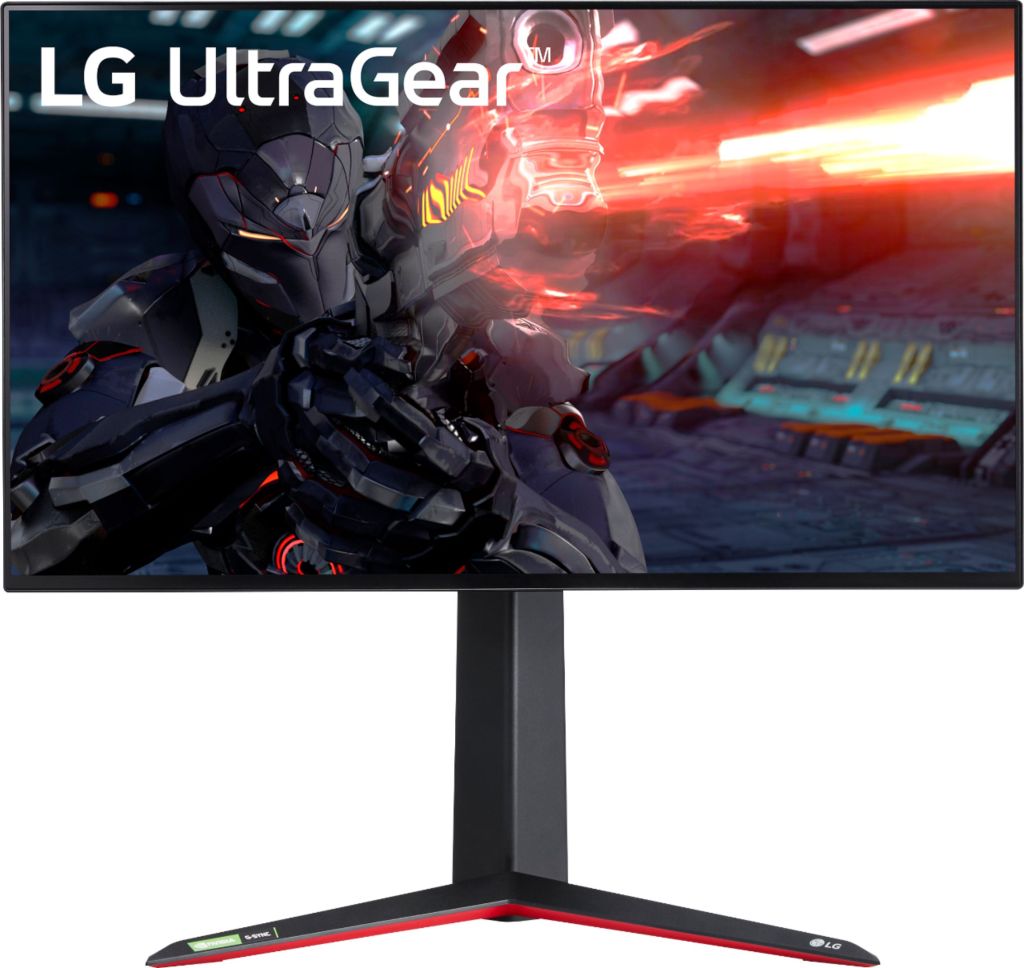 When it comes to esports-grade competitive gaming, beautiful graphics are not the top priority for the best gaming monitors. What you want are visuals that are clear, smooth and responsive in the form of low input lag and a high refresh rate. Achieving this means you have to sacrifice things like 4K (or even 2K) resolution, but what you get in exchange are refresh rates that are even faster and smoother than 144Hz gaming monitors. And for most people, the Alienware 25 AW2521HF is the best gaming monitor for esports, thanks to its 240Hz refresh rate. Yes, this screen is only 24.5 inches and 1080p, but the goal here is speed and fluidity, not visual spectacle. As such, this size and resolution are more than enough for any serious gamer and when you’re getting the jump on your opponent and landing headshots with pinpoint accuracy, you’ll be glad you sprung for this monitor. 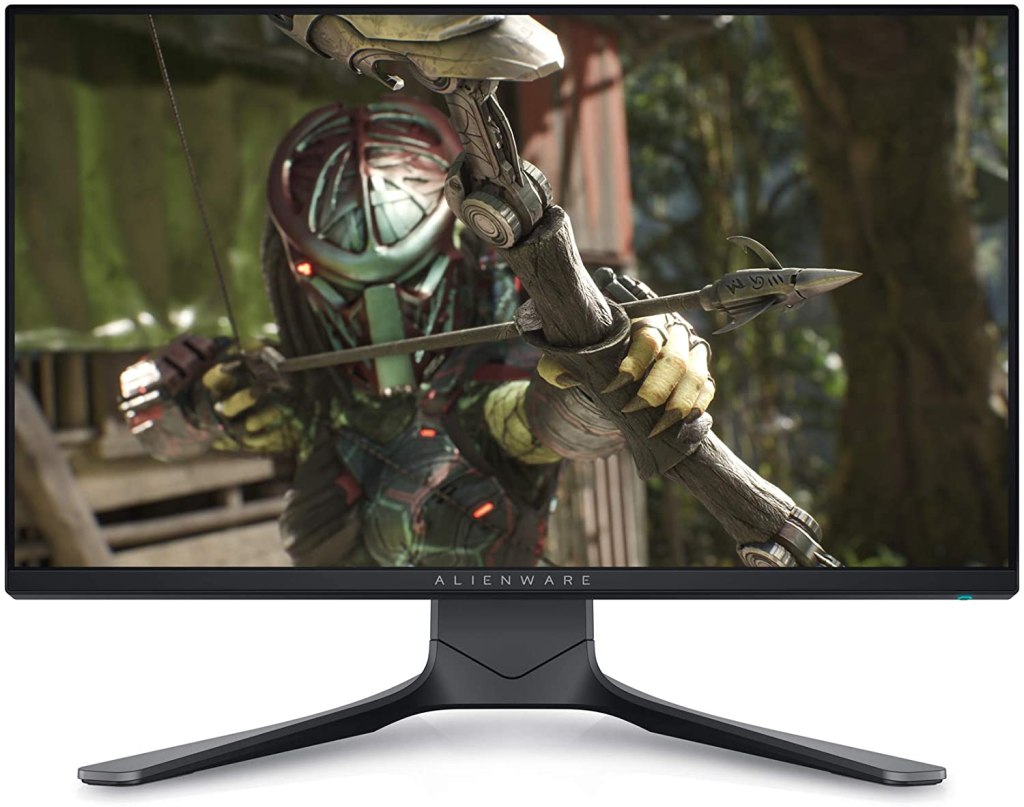 OK, we may have picked a 240Hz gaming monitor as our best gaming monitor for esports, but when it comes to the highest level of competitive gaming, there’s actually a better option: The ASUS ROG Swift 360Hz gaming monitor. This is also a 24.5-inch, 1080p display with an IPS panel, but with a screen that is able to refresh 50% faster than its closest competition. But truth be told, unless you’re one of the best esports players in the world, you probably won’t notice the difference, let alone gain an advantage. Furthermore, a previous study from NVIDIA showed that the benefits of a higher refresh rate start to diminish once you start moving into the territory of 144Hz gaming monitors. That’s why we think you can save some money here. But if you believe you are truly a top player, this is the ultimate when it comes to competitive performance. 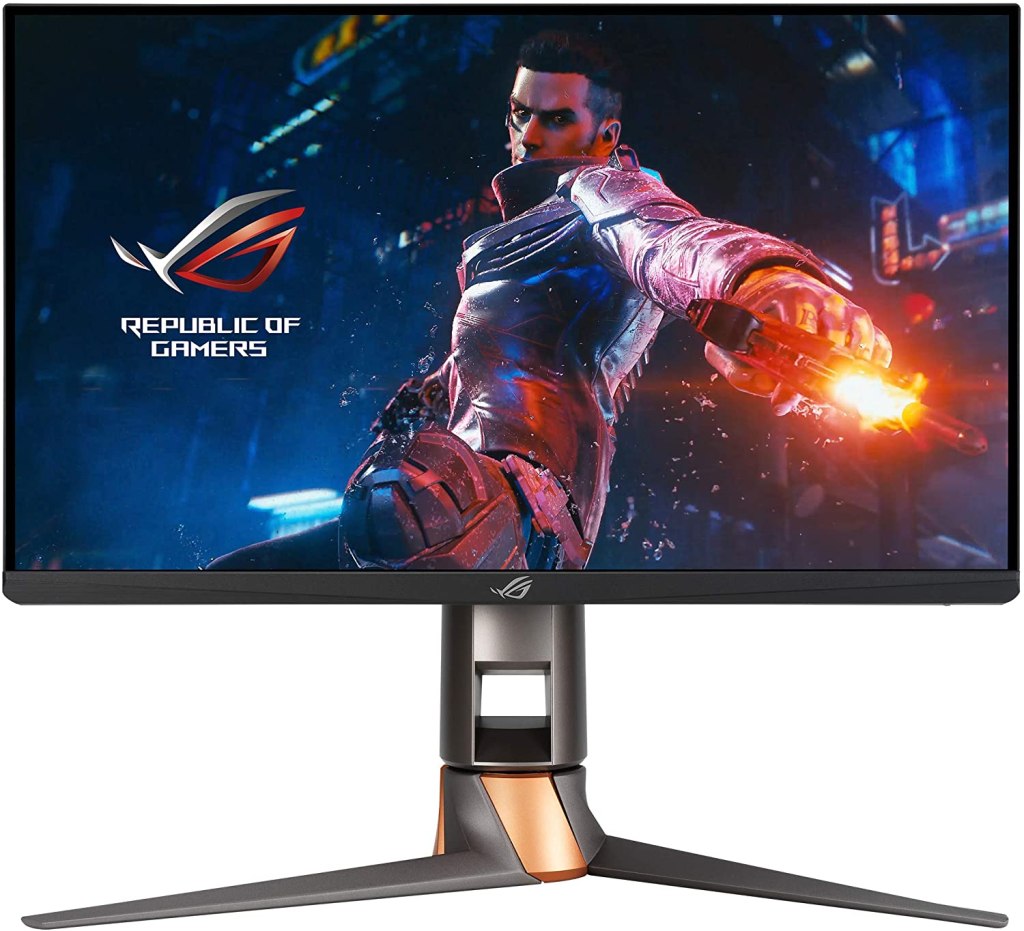 If you’re really looking to immerse yourself in the game of your choice, emptying your wallet on a curved ultrawide monitor like the LG UltraGear 38GL950G-B is the one true move. With a resolution of 3840 x 1600, a 24:9 aspect ratio and a 144Hz refresh rate, this 38-inch screen is great for games of all sorts, including fast first-person shooters such as Overwatch, or lifelike experiences such as Microsoft Flight Simulator. But still equipped with LG’s Nano IPS panel and NVIDIA G-Sync support, this is a monitor that is absolutely one of the best gaming monitors for the most demanding competitive games. 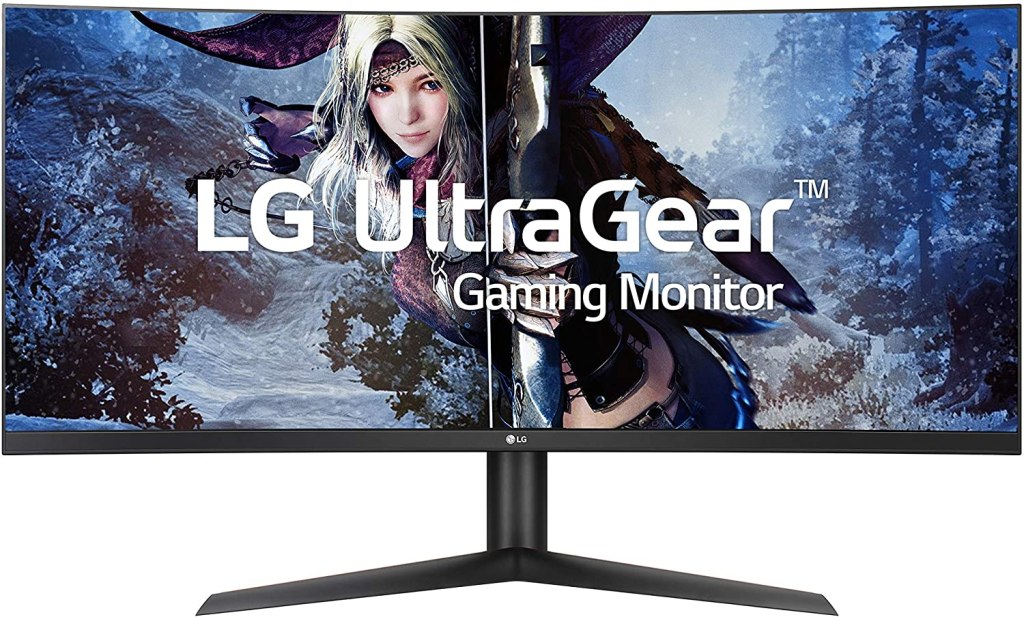