If you are in the market for a new tablet (or maybe your first tablet), there has never been a better time to buy a new iPad. Short of offering something with infinite battery life and a shape-shifting display, Apple has basically perfected the tablet as we know it. Following the 2020 release of the excellent iPad Air, Apple followed things up with the 11-inch and 12.9-inch iPad Pro devices which are the most powerful tablets to date. And this goes without mentioning the standard iPad and iPad Mini, which offer incredible bang for the buck.

And while this is a great thing in general, it creates a new problem: Because every iPad is basically great, it can be hard to figure out which iPad is the best iPad for you. In theory, everyone would be best served by the iPad Pro, with its laptop-grade M1 processor, and mini-LED display. But that’s also way more tablet than what some people need and they might be spending more than they have to.

And so instead of diving into spec sheets and comparison charts, why not take a look at our handy guide, which breaks down the 5 different types of iPads and determines what type of person each one is best for.

We think after this, you’ll have no trouble determining the best iPad for you.

Who this is best for: Serious touchscreen gamers, those looking for a secondary computer

When it comes to picking the best iPad for most people, that’s an easy choice: it’s the iPad Air. Cribbing most of the features of the previous-generation iPad Air while adding a more powerful chipset, this tablet has more than enough power for entertainment and media consumption tasks, and is more than up to the task of functioning as a basic drawing tablet when paired with the Apple Pencil, one of the best iPad Accessories.

But when looking at two particular types of users this tablet is great for — those who want a versatile device for Apple Arcade gaming and those looking for a secondary computer — the iPad Air hits the sweetest spot between value and performance.

For those who are serious about mobile gaming, the iPad Air is powerful enough that it will easily be able to handle the most demanding Apple Arcade and iOS games for the next three or four years (at least). You’ll also have a bigger screen to play games on. And while it’s not quite the same as plugging an Apple TV into a 65-inch TV, it gives you the freedom to use touch and motion controls if you so choose.

Meanwhile, if you already have a desktop computer (such as the iMac) that you use as your main computer, but would like a tablet that can function as a laptop in a pinch (e.g. on vacation), the iPad Air is a dream come true thanks to the fact that it’s compatible with the Magic Keyboard and can deliver a powerful hybrid experience for a little less than the cost of a MacBook Air. 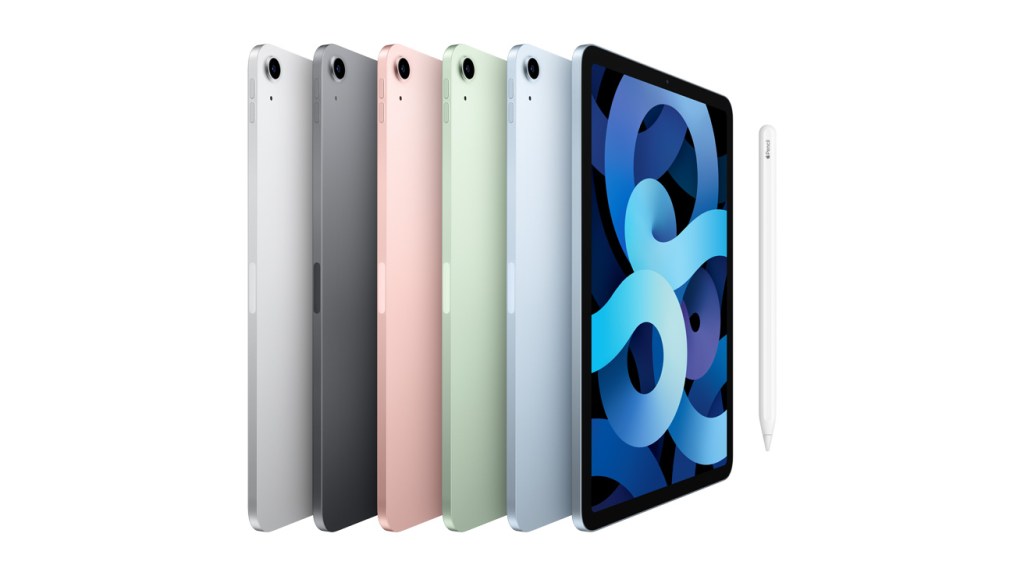 Who this tablet is best for: Artists, creative professionals, those looking for a laptop replacement

A few years ago, spending as much (or more) on a tablet than a laptop would have been an insane proposition. But as the iPad has grown beyond its reputation as an oversized smartphone or an underpowered laptop, and began to provide its own unique use cases. That is all thanks to that best-in-class mini-LED display, same powerful M1 chip that’s found in MacBooks and iMacs, and excellent iPad accessories such as the Apple Pencii and Magic Keyboard. As such, the 12.9-inch iPad Pro is the best iPad for those who work in creative fields (such as art, design or photography), or those looking for a hybrid device that can serve as a true laptop replacement.

Creatives were already using the iPad Pro in their day-to-day workflows even before the arrival of the mini-LED display thanks to the quality of the Apple Pencil, which can allow illustrators to complete entire projects with the iPad alone or designers to quickly mock up ideas when they’re away from their desk. But now with a spacious screen that is brighter and more color accurate than ever, there are even fewer people who can claim that the 12.9-inch iPad Pro isn’t a legitimate professional tool.

On the other side of things, the idea of a hybrid 2-in-1 device is a romantic one: a single device that gives you the functionality of a laptop and a tablet. But more often than not, that comes with far too many compromises. Either the device is much too thick and heavy when used as a tablet, limited in function and cramped when used as a laptop or wildly expensive. And while there are still compromises in this regard, the 12.9-inch iPad Pro comes closer to bridging that gap than any device before it. Given that the M1 processor is one of the most powerful laptop CPUs ever made, it will be a very long time before this tablet ever feels underpowered, and it opens up the possibility that Apple could let it run full MacOS apps in the future. The larger screen size also means that the Magic Keyboard Case has more room, which ultimately means more comfort when typing.

The biggest pain point here is the price. And yes, 12.9-inch iPad Pro might cost a pretty penny, you’ll at least be getting top-notch quality for your hard-earned money. 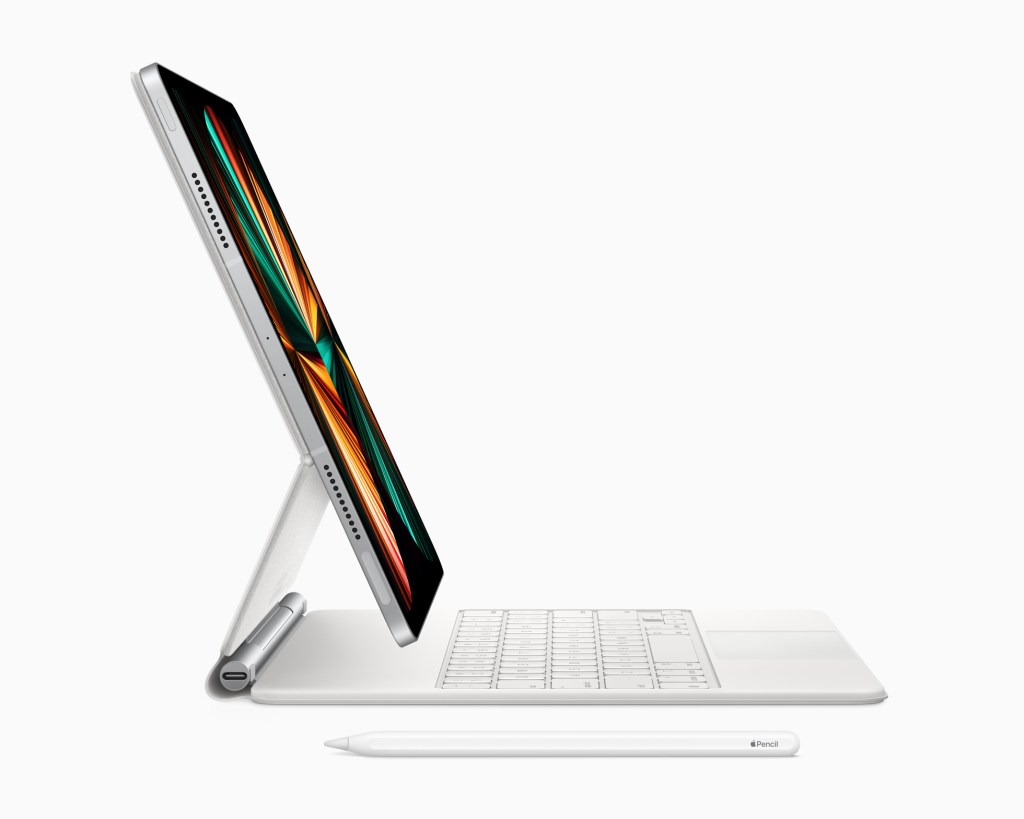 Who this tablet is best for: Bookworms and news junkies, travelers who want a screen larger than a phone but smaller than a laptop

While the iPad Mini might exist on the less powerful end of the iPad spectrum, that does not mean it is incapable. The 7.9-inch screen is surprisingly spacious while being plenty sharp and bright. And while the A12 Bionic chip isn’t the newest CPU on the block, it still has plenty of life left in it when it comes to handling your average day-to-day tasks in iOS. Plus there are both obvious benefits to having a smaller tablet, and some less obvious ones.

For starters, it’s considerably lighter and smaller than other tablets. This means that it’s easier to hold in your hand for long periods of time while reading, and can help cut down on the weight you’re carrying around when traveling and give you a proper device for watching Netflix on long plane flights. Plus, for certain types of games (particularly ones fully designed for mobile), the smaller size can make touch or motion controls feel less unwieldy compared to bigger tablets, especially the 12.9-inch iPad Pro.

But more than anything else, it comes down to how much you’re really planning to use an iPad. If you’re someone who likes the idea of having a tablet around, but doesn’t necessarily use it on a regular basis (i.e. more than a few times a week), you’d probably be wasting your money on an iPad Pro or iPad Air. 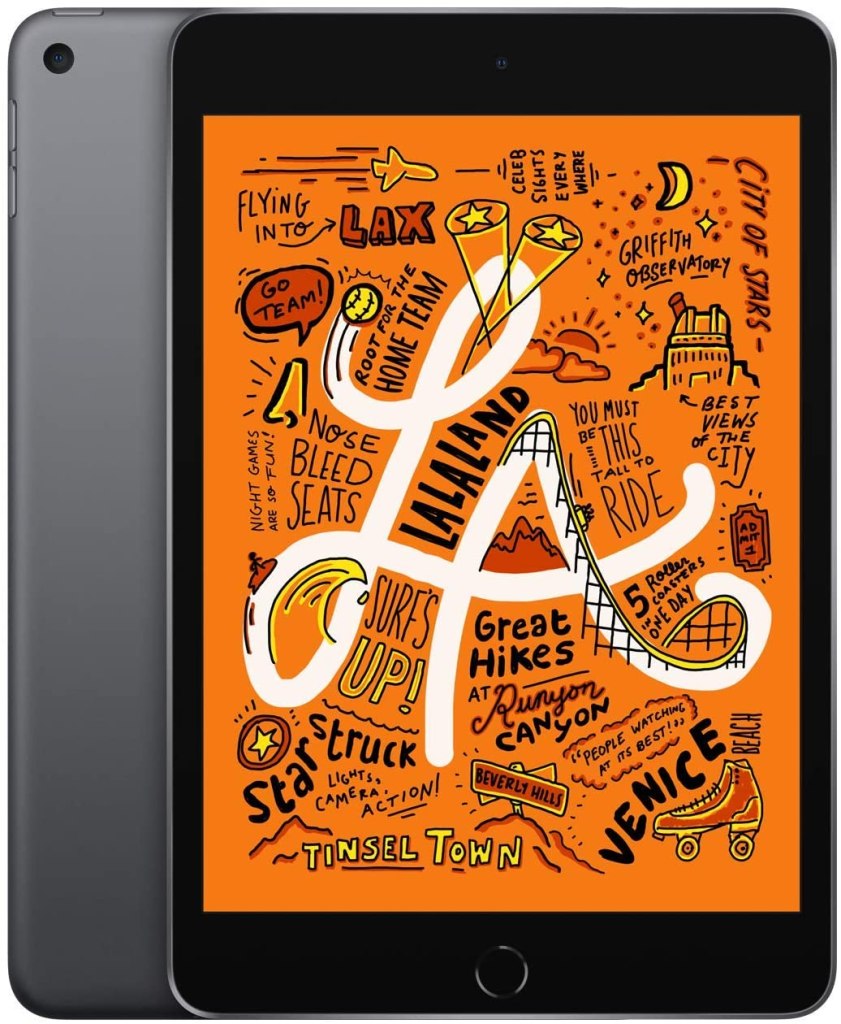 Who this tablet is best for: Kids, budget-conscious shoppers

The immediate appeal of the 8th-generation iPad is evident: It’s not only a 10-inch tablet with a capable A12 Bionic chip but it also happens to be the most affordable new iPad you can buy right now. Like the iPad mini, this might not be as versatile as the iPad Air or as powerful as the iPad Pro, but if you’re in the market for a tablet without a specific use in mind, there’s a very good chance this iPad will be more than sufficient for streaming audio and video, making FaceTime and Zoom calls, sending iMessages and email, and web browsing.

But this is also the best iPad for kids, as it not only supports the Smart Keyboard case and can handle remote learning tasks, but you can slap a case on it and it’s a durable option that can withstand minor drops and dirty hands as they swipe their way through their favorite games and TV shows. 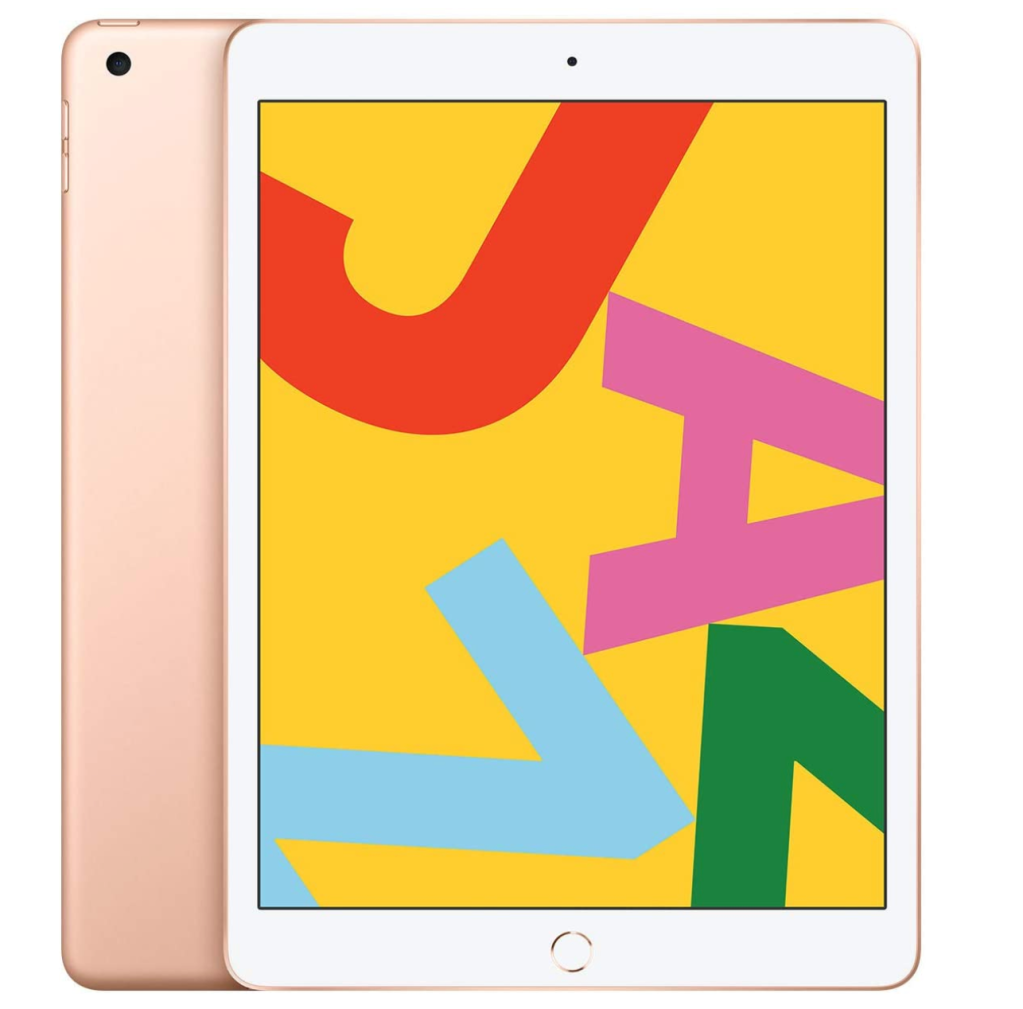 Who this tablet is best for: Nobody in particular

Sure, the 11-inch iPad may have a better display and a more powerful chipset than the iPad Air. That certainly isn’t up for debate. But if you’re not planning on using this for serious design work, photo editing or video editing, and you’re not planning on using this to play the latest iPad games for the next decade, you can spend less and likely get the same performance from the iPad Air.

And if you do plan on using a tablet for professional creative work, or you’re trying to switch over to a hybrid device, the 12.9-inch iPad Pro seems better suited to those use cases thanks to its mini-LED screen which offers more brightness, accuracy and detail, as well as the bigger screen, which gives you more room to work.

Of course, at the end of the day it all comes down to preference and it’s not as if the 11-inch iPad Pro will ever be bad. It’s also possible that this tablet will find its niche in the future (and there will be a few of you for whom this tablet is already perfect match). But for the rest of us, it just seems awkwardly positioned between more attractive options. 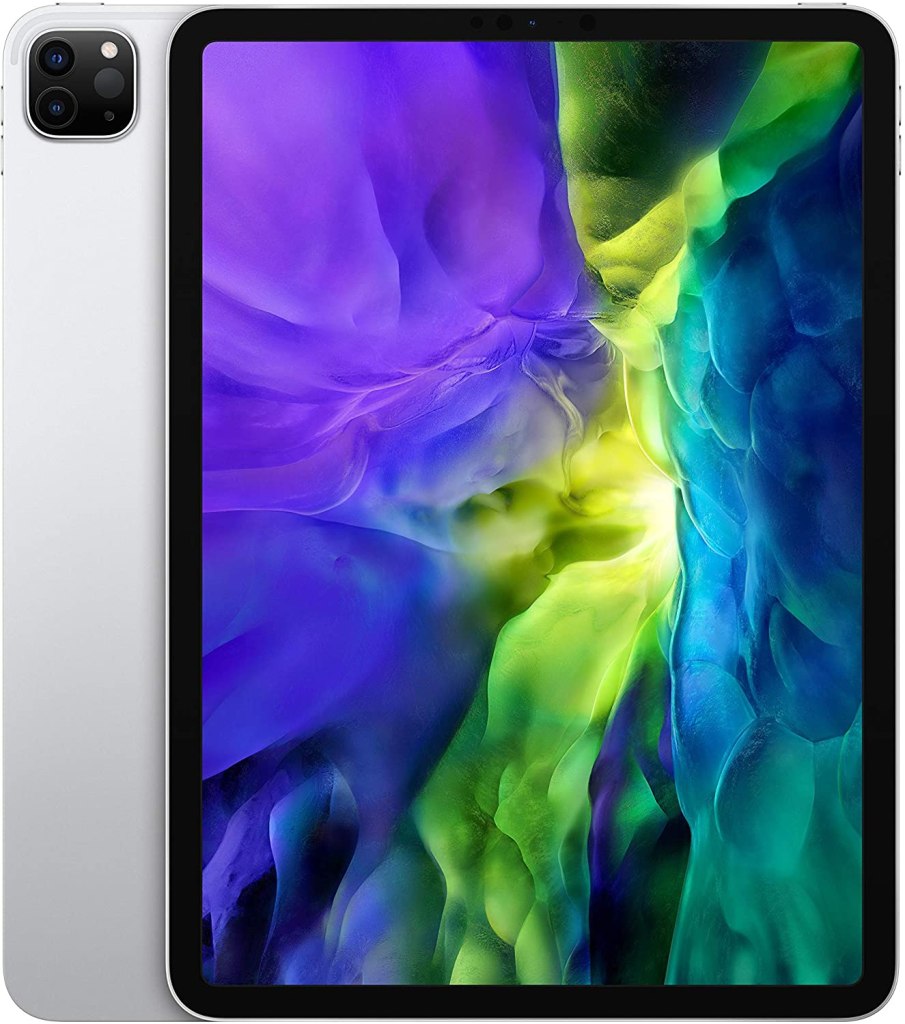