Apple has always set out to change the game. Whether it’s crazy colored desktops from the early 2000s, or creating a pocket-sized MP3 player that could fit every song you’ve ever heard of, to the iPhone, which revolutionized the way we use phones — Apple is always innovating. Apple’s laptops are no different, and the company recently released a new MacBook that’s an order of magnitude faster than everything that came before it — the M1 Macbook Air.

Seriously, the M1 Chip is a huge leap forward in terms of speed and power, and the M1 MacBook Air is a force to be reckoned with in the computing world. Of course, that’s not the only Apple laptop for sale right now, and traditionally the MacBook Pro had a lot more to offer than the MacBook Air.

Before you buy a new Apple laptop, read our guide below to make sure you end up with the right model.

When it comes to Apple laptops, they make things simple — there are really only two choices: The MacBook Air and the MacBook Pro. At the core, the MacBook Air is a razor-thin small laptop that was made for portability. It has never been as powerful or had as much connectivity as the MacBook Pro (until now, but more on that in a second), but it’s a great daily driver for students and commuters, especially those who also need the content creation prowess of a Mac.

MacBook Pros on the other hand have always been like the older sibling to the Air. Pros come in configurations with more storage and RAM, and although they are a little bit heavier, they have always been more powerful and provided more connectivity. If you were serious about content creation, whether that was music, movies or photography, the MacBook Pro is what you needed.

But just like Venus and Serena Williams, sometimes the younger sibling turns out to be the great one. That’s what happened with the new Apple M1 laptops.

What Is The Best MacBook Available?

Apple finally decided, “If you want something done right, you’ve got to do it yourself,” with the new M1 chip. Going from a leading manufacturer for laptops is one thing, but to start generating the tech inside that powers the laptop, well, that’s a whole different animal. It’s the same reason why we aren’t using Intel laptops with Intel processors.

However, Apple’s new M1 chips aren’t a gimmick; they’re leaps and bounds ahead of the competition, which is why the new generation of MacBooks has everyone’s attention. The M1 chips have changed the game — literally. These new chips don’t just give Intel chipsets a run for their money, they blow them out of the water in most instances. So believe us when we say, the M1 generation represents the best MacBook laptops ever made.

In fact, the M1 chip is so effective that there really isn’t a compelling reason to spend extra on the MacBook Pro. The M1 MacBook Air is so fast, even creative professionals can depend on this laptop. Unless you really like the Touch Bar that comes with the MacBook Pro but not the Air, we highly recommend going with the Air. 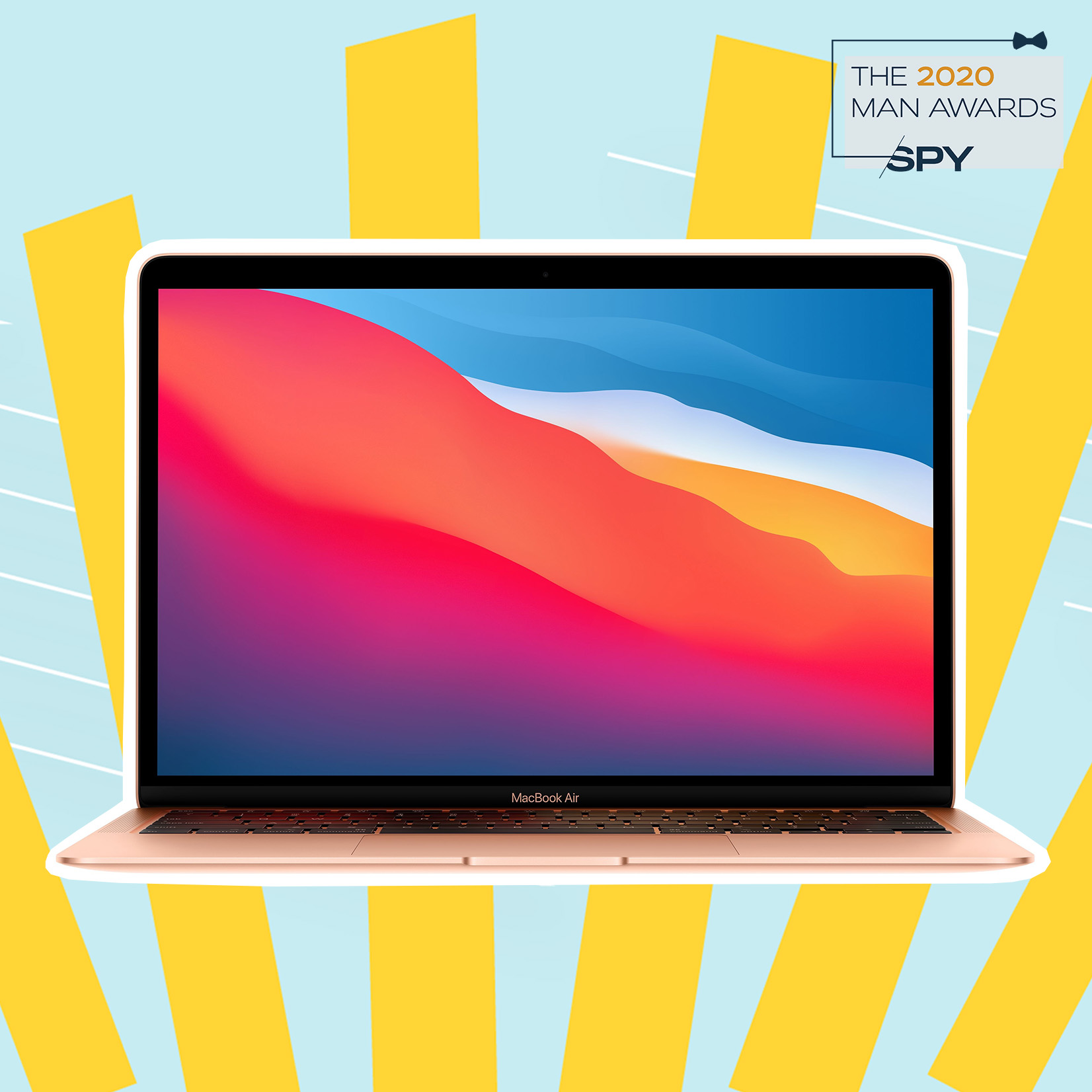 For this reason, the M1 MacBook Air isn’t just the best MacBook for sale, it’s the best laptop for sale, period. (We named this model the best laptop of 2020, and so far nothing has come close in terms of quality in 2021.)

But it’s not just about speed, it’s also the fact that Apple created this powerhouse chip, and it doesn’t completely zap the laptop’s battery life. In fact, it extends battery life. It’s kind of like what Tesla is doing with cars — “you mean the car is faster than everybody else, and I don’t need to put gas in it?!”

So, you put this extremely fast and power-sipping chip inside of a MacBook and what do you get? One of the thinnest and most powerful laptops available. Period. That being said, rumor has it the 2021 MacBook Pro, which is coming later this year, might take yet another huge leap forward, so stay tuned.

The M1 almost feels like dropping a Porsche engine inside of a Smart Car — you now have the fastest car on the road, and you can park that baby even in the tiniest of parking spots. That’s the beauty of the new MacBook Air, it added so much power without having to compromise anything that made the Air great in the first place There’s still the incredible looking retina display that’s vibrant, bright and beautiful. It is still ultra-thin, and now the Air last upwards of 18 hours on a single charge. The combination of power, longevity and portability is wild.

And if you think for a second that a laptop this powerful probably gets way too hot or is too noisy, well, you’d better think again. In fact, Apple removed the fan from this laptop because it simply doesn’t need it. The masses have spoken — this is the best MacBook you can buy right now. 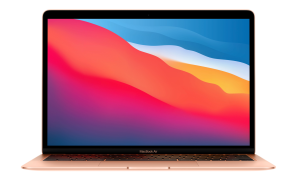 There’s a lot of love for the Air above, but not much talk about the Pro. Don’t get us wrong, this is still an impressive machine. In fact, you get just a hair more battery life and a smidge longer performance when benchmarking the Pro compared to the Air. For better or worse (depending on your feelings about it) the Touch Bar is still there, and it remains heavier than the Air, and it’s about $300 more expensive. If you decide you can’t live without the Touch Bar and absolutely need the extra ports (you can always use a USB-C dock instead), then go with the more expensive Pro. But for the money, we think the Air is the best choice for most people right now. 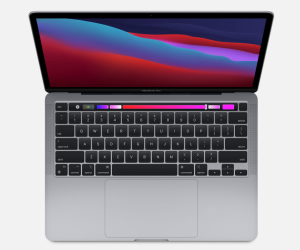 When creating content is your lively hood, the MacBook Pro 16 is as powerful as a MacBook gets. You can essentially max it out to be a supercomputer with over 8TB of SSD Storage and 64GB of memory. We’re talking the makeup of a hardcore, powerful desktop in a MacBook. Of course, the 16-inch Retina display looks incredible, and the extra real estate is welcome for video and photo editing. This iteration of MacBook ditched the super flat keyboard that nobody really enjoyed and replaced it with one that is much more soft, quiet and comfortable to use. And Apple just released a 13-inch version of this powerful laptop. Of course, in both cases, you’ll be paying handsomely for the extra processing power. 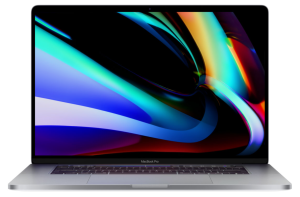 If you really want to save some coin on an Air, there are still MacBook Air laptops from 2019 and ealier without the M1 screen or Retina Display. This Air is still one of the lightest laptops around, and a good daily driver for people who do general tasks on their laptops throughout the day. Without all the extras, you can save over $150 going with this older MacBook Air. 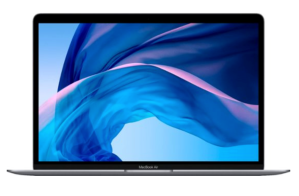 The MacBook Pro without the M1 chip is still a great laptop. It’s powerful and can handle heavy-duty multimedia tasks, and will save you about $200 foregoing the M1 chip. It comes with 256GB of SSD storage and 8GB of RAM — more than enough for a daily driver, and powerful enough for content creators. But don’t worry, even though it’s $200 less, you aren’t giving up the bright and beautiful Retina display. This MacBook Pro really isn’t a bad idea, especially to save some coin. 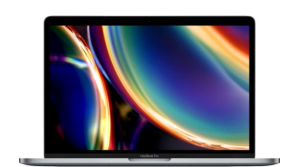 The best protective cases to keep your laptop safe and secure