There was a point about 10 years ago when musical production and recording equipment took an extremely consumer-friendly turn, offering an incredible amount of functionality at a great value. For the price of a nice laptop, you could have everything you need to hypothetically produce a studio-quality album from the comfort of your home. And no device has lent itself more to this reality than the best MIDI controllers.

Part-sampler, part-mixer and part sequencer, the MIDI controller is the central brain of many musicians’ digital production setups. It has enough functionality to help you create an album almost entirely on its own but is also flexible enough to interface with other equipment you may have.

While Ableton Live is certainly the most common software that is used with the best MIDI controllers, most of them are also compatible with other digital audio workstations (DAWs) such as Reason and Fruity Loops Studio.

So if you’ve been thinking about finally recording that brilliant album you’ve had tucked away in the corner of your brain for far too long, keep scrolling and take a look at one of the best MIDI controllers you can buy today.

The Ableton Push 2 is one of the best MIDI controllers thanks to its versatility. Whether you’re looking to use it as a production tool, as an instrument for live performances, or to DJ a set, there are few pieces of hardware equipped to handle all three. Designed primarily for use with Ableton 10 Live, the Push 2 comes with 64 pressure-sensitive pads that can be used to manipulate samples, as well sequence beats, arrangements and chord progressions. Meanwhile, the eight control knobs can be used to adjust effects and volume levels. The best part is that because this is designed to be used with computer software, many of the controls and functionality of the Push 2 can be adjusted to your precise specs. 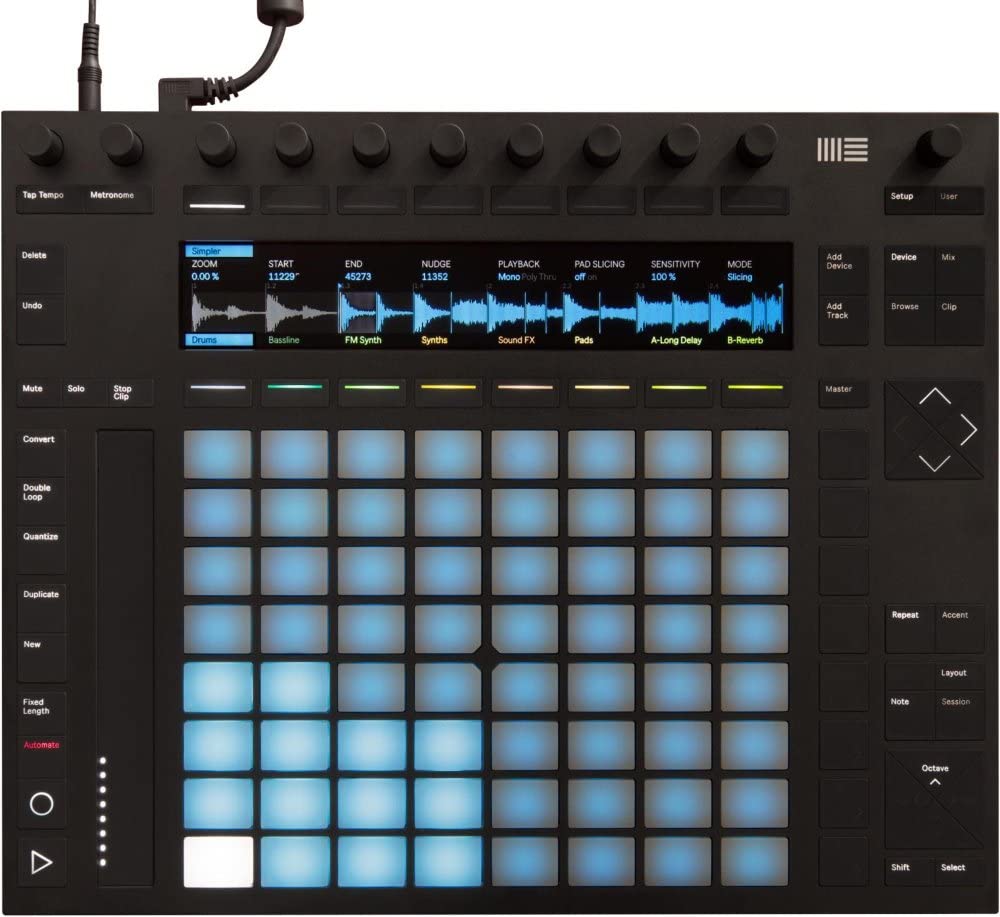 Like the Push 2, the Native Instruments Maschine MK3 MIDI controller is an extremely versatile piece of kit that can handle the demands of production, live performance and DJing, all brought together by the tight integration of the Maschine hardware and its own software that runs on your computer. In addition to the studio-grade 96 kHz / 24-bit audio interface, and 16 touch-sensitive pads that can be set to work like a drum machine or a piano, the Maschine MK3 comes with dual high-res displays that allow you to do more on the MIDI Controller itself instead of your computer screen. This gives you some of the convenience of a standalone device, but the flexibility and customizability of a MIDI controller. For live performances, where quick movements and efficiency are extremely important, these displays will be a godsend. 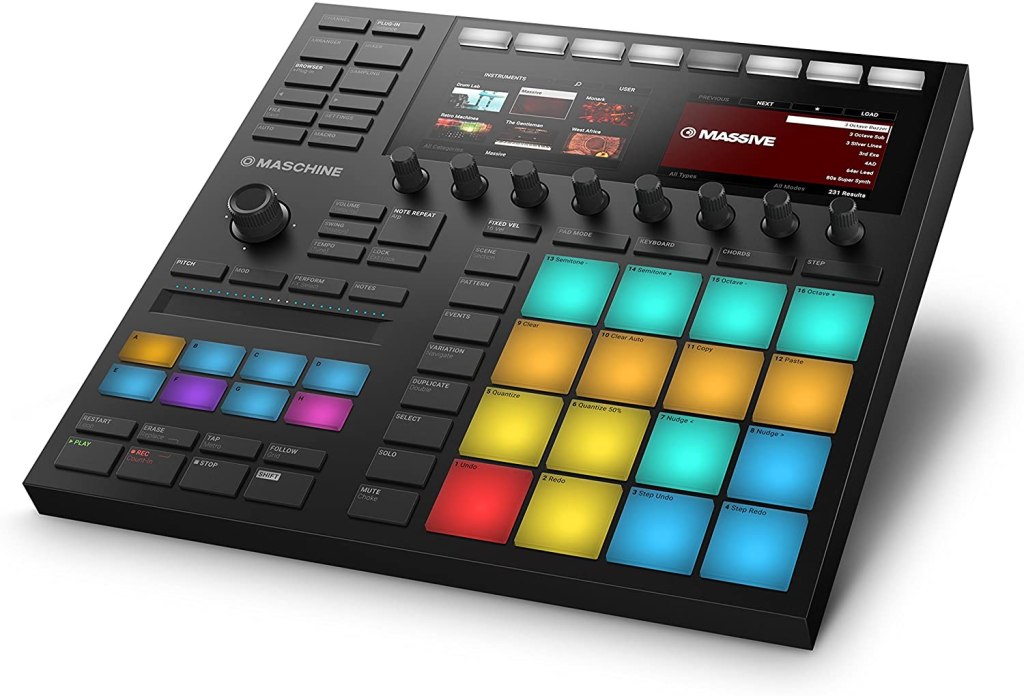 Akai is well-known in the music world because its responsible for the legendary MPC2000 sampler that was used to create some of the greatest hip-hop albums of all time. In modern times, it has taken that intuitive 4×4 interface of the MPC and applied it to the MPD226 MIDI controller. Once connected to your computer, you can load up your favorite production software and start chopping samples to your heart’s content.

In addition to the 16 touch-sensitive pads that Akai is famous for, this MIDI controller comes with a full array of fully customizable controls, including four knobs, four sliders and four Q-Link buttons that can be used with a wide array of production software, including Ableton Live, Reason, Fruity Loops and more. For the production-minded individual who wants complete control and flexibility in how they use their MIDI controller, the MPD226 is one of the best affordable options around. 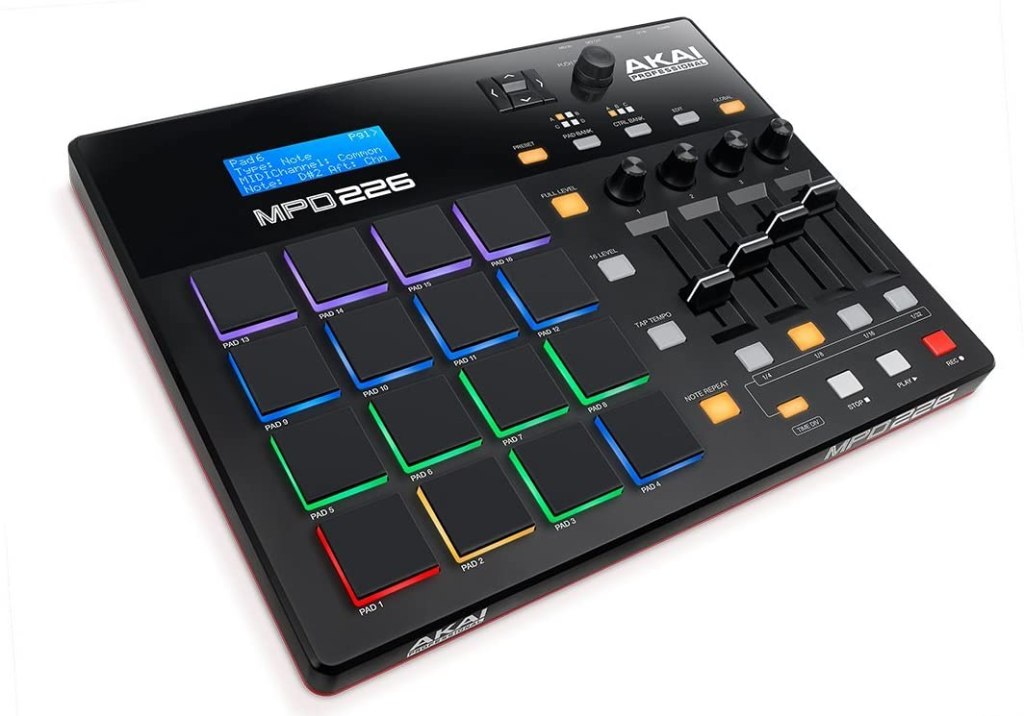 If your musical style is built more around creating your own melodies rather than working with samples or programming drums, a keyboard MIDI controller might be the best pick for you. The Novation Launchkey MK3 comes in various sizes, but the 37-key version is the right size to give you that proper keyboard or piano feeling without taking up all the space in your studio area or live setup. On top of the keys, you still get 16 touch-sensitive pads that can be assigned to carry out whatever relevant functions you wish, as well as eight assignable knobs. And like many of the best MIDI controllers on this list, the Launchkey MK3 is designed to work best with Ableton Live, but will also play nice with other DAWs.

While the shape of the buttons on the Keith McMillen Instruments QuNeo may suggest some of the things you can do with it, this MIDI controller offers an incredible degree of freedom in how you use it. Roughly the size and weight of an iPad, you get to decide what all of the 44 touch-sensitive pads do once you connect it to a computer running your favorite audio software. Even better, there are 251 LED lights embedded beneath those touchpads, so you can color code the interface to make it even more intuitive to use. 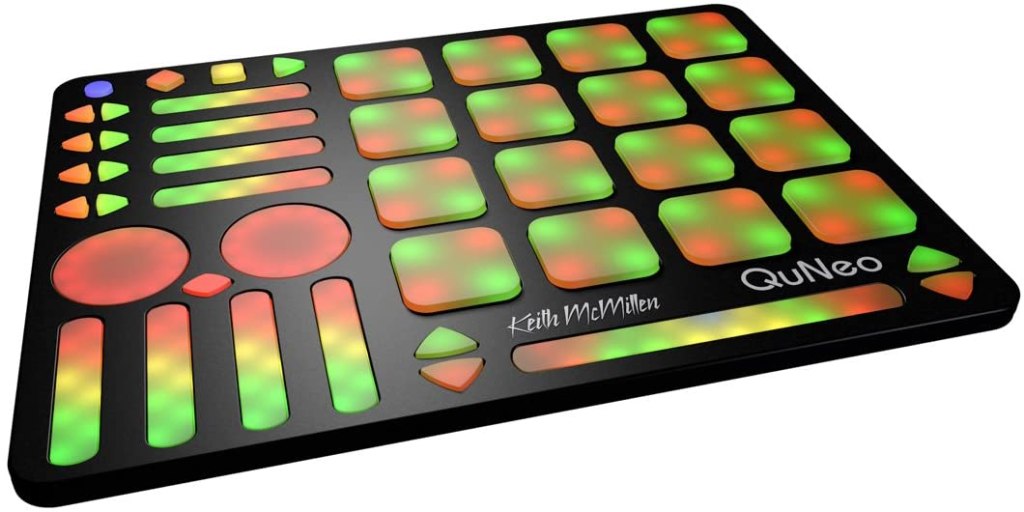 If the QuNeo is a sandbox when it comes to the best MIDI Controllers, the Sensel Morph is a blank slate. The Morph is just one big pressure-sensitive multitouch pad, and it’s up to you to design an interface and figure out how it will work with your software. If that sort of freedom is too overwhelming, Sensel also makes some overlays to guide your experience. But in general, this is a MIDI controller that is less for the novice producer and more for the type who is feeling boxed in by their existing hardware and is looking for something that will let them think outside the box. 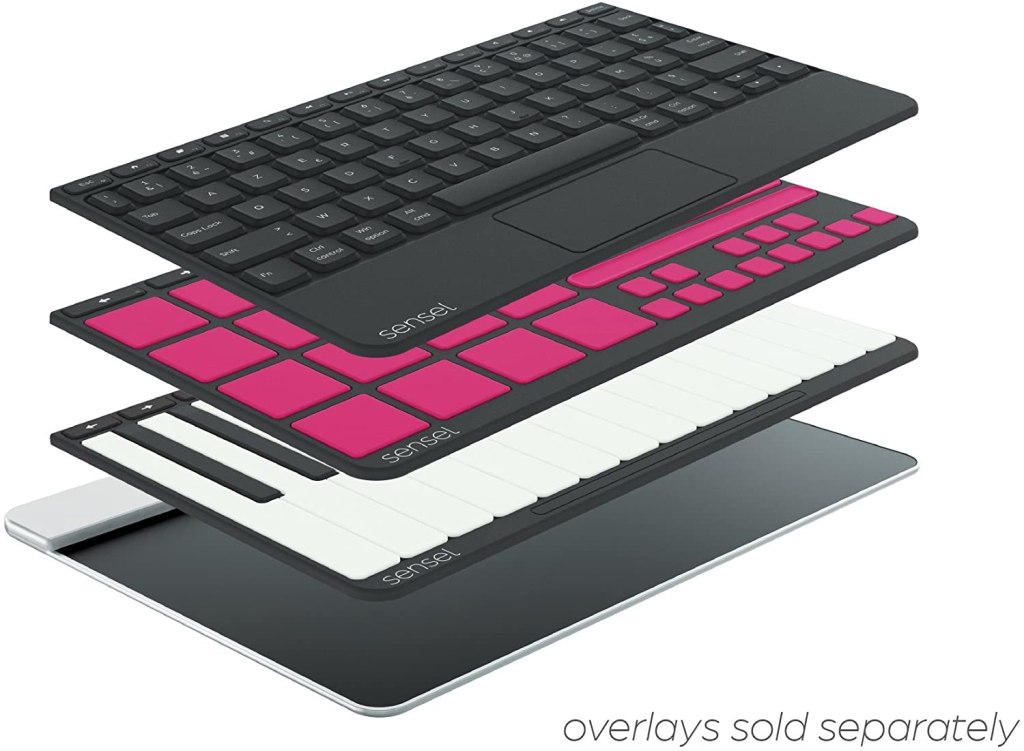 If you’re just starting to dabble in the world of music production or live performance, or you just want a casual music toy that won’t cost an arm and a leg, the Novaton Launchpad Mini is the perfect place to start. The eight by eight grid of touch-sensitive buttons will let you sequence compositions and live performances, trigger samples and play musical notes up and down the scale like a piano, among other things. Primarily designed to work with Ableton Live, the RGB buttons will allow you to assign sounds, samples and phases according to color. And while it’s not optimized for other audio software, you can get it up and running with your production app of choice with a little bit of ingenuity. 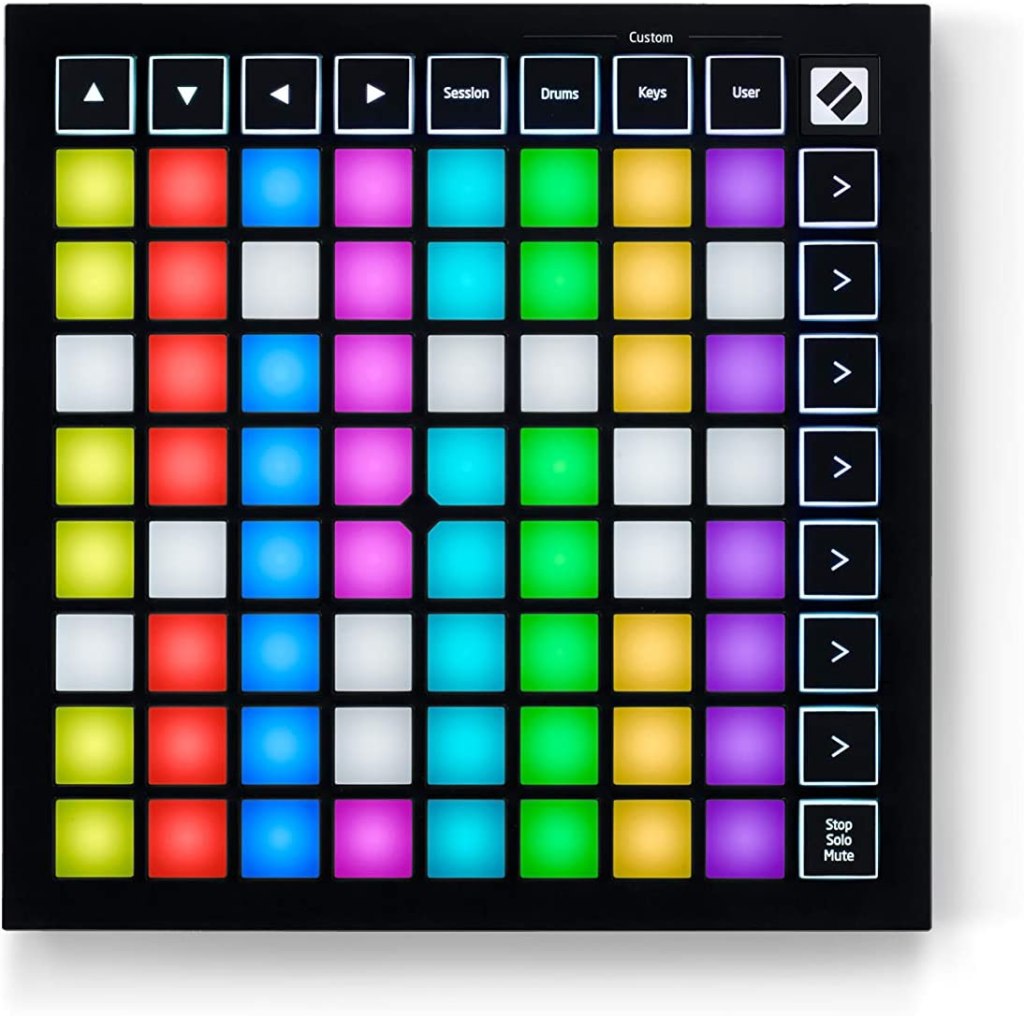 Don’t be fooled by the size. The PreSonus Atom is small but mighty. Designed for use with digital audio workstations such as Studio One and Ableton Live, this little MIDI Controller has 16 pressure-sensitive pads, four assignable rotary knobs, and the ability to assign sounds to eight different audio banks. While this might lack everything you’d want to produce an entire album on its own (although it would certainly be possible), this tiny wonder could serve as the perfect companion device to a keyboard or synthesizer as part of your setup for production or live performance. 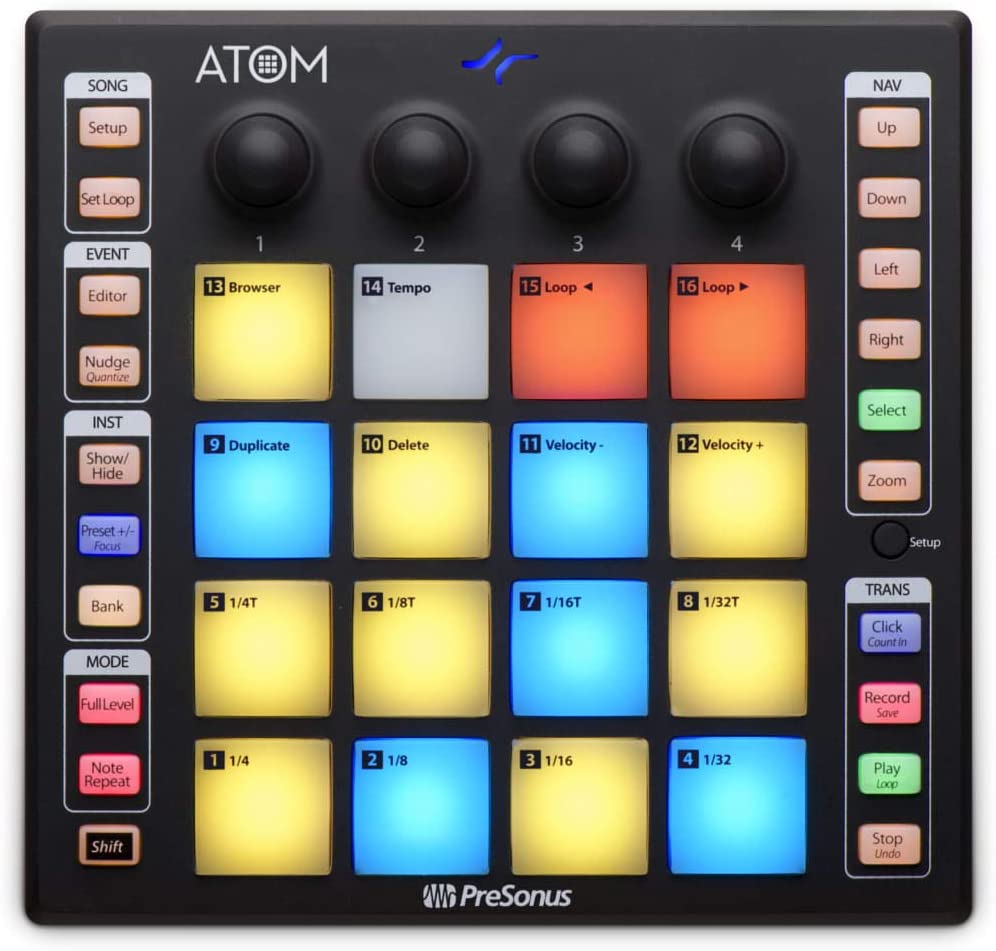 Sonic Boom: The Best Smart Speakers for Every Corner of Your Home