When it comes to picking the right camera, most photographers tend to narrow their search to two different options: traditional DSLRs and mirrorless models. Unlike your standard DSLR, mirrorless cameras don’t include a reflex mirror. Instead, they come with a single lens that relies on a digital viewfinder (as opposed to a standard optical version) to help you snap pics easier — and sometimes faster. Because they don’t have a mirror box inside, mirrorless cameras are typically much smaller and more lightweight than their DSLR counterparts.

We’ve rounded up our five favorite options for amateurs, experts and everyone in between. If you’re in the market for a new mirrorless camera, this list is a great place to start.

Simply put, the Sony a7 is the best mirrorless camera money can buy. For starters, it sports a stunning 4D focus, which lets you capture way more surface area on film than you ever could with a standard camera. It also comes with the ability to shoot in continuous bursts up to 10 frames per second, which makes it a stellar model for people who look to capture moving images. With ultra-high image resolution and amazing 4K video quality, fantastic full-resolution image processing and an ISO up to 51,200, it’s no wonder this camera has won so many awards. 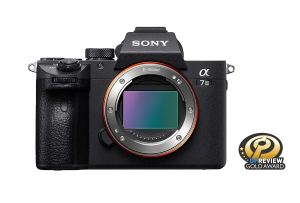 If dropping $2k on a camera leaves you a little unnerved, this Panasonic Lumix is a great (and much cheaper) alternative. With two lenses (one 12-32mm and the other 45-150mm), this camera features dual image stabilization to help ensure clearer, fuzz-free images every time. What’s more, it also packs some impressive video quality. With the ability to shoot 4K video up to 3fps, you can capture more without having to worry about the image quality. It also comes with 27 different lens options. 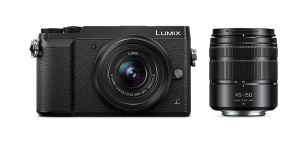 This Olympus Mark II recreates the epic vintage look with this awesome mirrorless model. The built-in 5 axis stabilization feature makes it a great option for new and budding photographers, as it helps promise sharper images while keeping your shots crisp and clear. It also features a smart electronic OLED viewfinder so you can see before you snap without having to worry about the screen being too bright or too dim. With burst shooting at 8fps and multiple focus shot options, it’s super easy to configure and a great option to pick up and shoot without having to stress about the mechanical details. 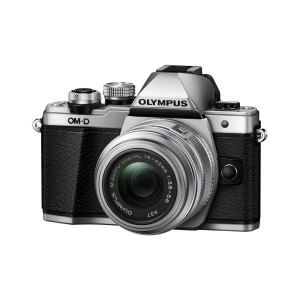 Sporting an insanely fast autofocus, this Alpha model is a powerful camera at a fraction of what the larger models typically cost. It comes with an APS HD CMOS image sensor that’s able to capture 24MP images with stunning clarity. At roughly half the size of your standard DSLR, that’s no easy feat. And because this camera is so small, it fits snuggly in your pocket. If that wasn’t enough to tickle your fancy, it also comes in four different color options. 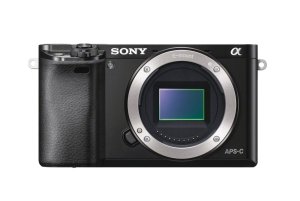 If you’re in the market for a solid camera that offers more than enough features and won’t break the bank, this Canon model is an excellent choice. With a built-in electronic viewfinder and a sharp autofocus, you can snap sweet pics in the blink of an eye. It also sports stunning 4K UHD video with the options to capture vids in full 1080p or high-speed 120p. The 24.1-megapixel lens helps ensure crystal clear shots, and it even comes Bluetooth-equipped. 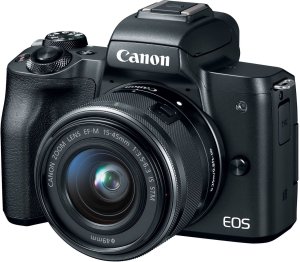 The Best Camera Bags For The Adventurous Photographer