The release of the Xbox series X is on the horizon, but that doesn’t mean you need to say goodbye to your favorite Xbox One games. The Series X will feature backward compatibility, which means you can keep your favorite Xbox One games in your rotation. Plus, while you’re getting excited about the release of the new console, you can marathon all of your old favorites.

We picked out some of the best Xbox games available. This list includes a mix of the best new Xbox One games, plus some tried-and-true favorites. Since many of our favorite classic games are at least a few years old, you can get steep savings on their original prices.

We’ve included everything from sports games to first-person shooters to iconic fighting games, plus some experimental titles that defy categorization. These are the top-rated Xbox One games to play before the new console is released.

Most gamers love the Battlefield game series for the multiplayer gameplay, but Battlefield 1 actually has a riveting and compelling campaign mode. The story takes place in the WWI era, so the guns, artillery and vehicles, as well as the battlefields and landscapes, entrench you in what it was like to fight in that time. The story line has equal shares of feel-good moments and tragedy that makes the campaign mode easy to gravitate towards. The campaign missions aren’t necessarily complex by any means, but they are fun and will keep gamers intrigued. The bread and butter of this game, as well as all others in the series, is the multiplayer mode, though. It’s chaotic, but masterful in execution. Teaming up to take down tanks is every bit as fun as riding around in one during battle. The gameplay in Battlefield needs gamers to be far more precise and tactical than previous Battlefields, which makes this game extra fun, and unpredictable, especially in multiplayer. 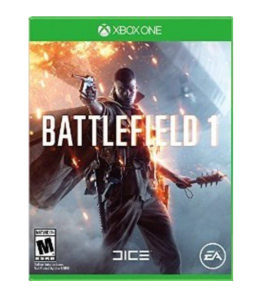 From year to year, it seems as though Madden gets better and better, and in Madden 20, that trend is no different. Madden 20 has some gameplay improvements that makes it much easier to control players, especially in the running game compared to previous versions. In Madden 20, you can also unlock x-factor abilities from superstar players when you play well in a combination or sequence of plays. X-factors can elevate star level players to break the game wide open with unmatched skill and play-making ability. For career mode fans, you’ll play the role of a high school star trying to make his way to the NFL. If you make it far enough, you will also be able to play in the CFB (College Football Playoff), combining the best parts of collegiate and professional stages. Not much has changed in franchise mode, so people who were fans in previous Maddens won’t be surprised by a vast makeover. Madden is a must for any sports lover and Madden 20 is the best to date. 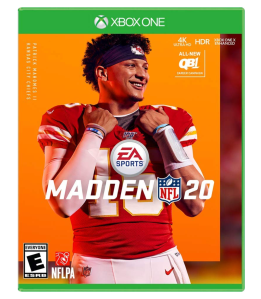 In a gaming world filled with first-person shooters, Gears 5 shows that third-person shooters are still as entertaining, fun and challenging as the ever. Gears 5 follows heroine Kait Daiz’s for most of the game as she uncovers more about her heritage while still fighting off waves of monsters throughout the game with artillery that is second to none. Gears 5 is a robust game that includes a hefty campaign mode, multiplayer, a co-op horde mode and co-op escape mode, which is like a mini-campaign for co-op teams of three to escape the enemy’s “hive.” Gears 5’s stunning graphics soar in the expansive open-world map and is fantastic in both single-player and multiplayer modes. 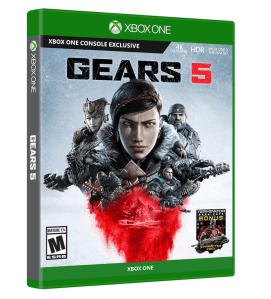 It’s no wonder that the rich and expansive world of the Star Wars universe has offered some of the greatest video game titles of all time, from Knights of the Old Republic to the enduringly iconic Battlefront II. Fallen Order only came out in 2019, but it’s already discussed in the caliber of those two great games. The game follows an original character named Cal Kestis, who is a former Jedi Padawan navigating the fall of the Old Republic. It is not an open-world game, but it does borrow exploration elements. 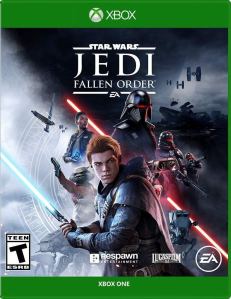 There have been some really bad player avatars in previous iterations of NBA 2K, but 2K20 is scary how life-like the players look. The gameplay matches the life-likeness of the avatars. New dribbling animations capture more realistic dribbling sequences especially on drives or when a player picks up their dribble to shoot. It is also amazing how much detail is put into each player’s unique on-court characteristics, whether it’s Steph Curry’s tiptoe trot as he runs or the Greek Freak’s gigantic lumbering strides when he barrels into the paint. The game is really well done and the actions are incredibly smooth on the court. Basketball fans rejoice. 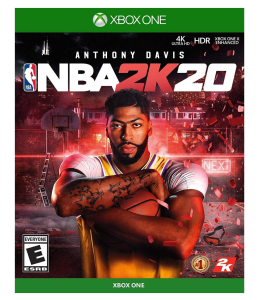 The setting is the South American country of Bolivia, and the map from which you get to roam is huge. There are over 20 provinces you can explore including mountains, jungles and desert-like terrains. The campaign mode consists of several missions where you either need to steal from the enemy or extract a target from an area and get them safely to another location. That might not seem like much, but most of the missions tend to go south (no pun intended) somewhere in the fold, which makes for extremely fun and surprising gameplay. Co-op is where this game shines. If someone in your game has already unlocked a mission before you, it becomes available to everyone, which really opens up the gameplay. There is also virtually no loading or spawning time if you die in co-op, which keeps the gameplay moving along quickly and keeps you where you want to be most: in the game. We love the freedom Wildlands provides gamers, and you will too. 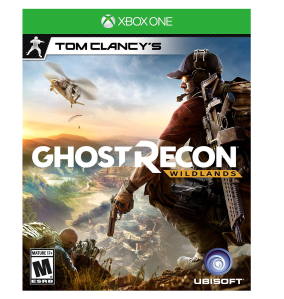 Borderlands 3 isn’t bound to just one planet like previous games in the series. This time, Borderlands 3 takes place on multiple planets, each with their own stunning and unique visual landscapes, which makes for unique maps, new sets of challenges, and fun gameplay. That’s not to say that Borderlands 3 reinvents the wheel in terms of the comic-like animation, or crazy artillery weaponry––don’t worry, that’s all still there. In this first-person shooter story, you’re on a mission to stop the Calypso twins from collecting all the alien Vaults spread around the galaxy. If you are a fan of the Borderlands series, you’ll love Borderlands 3, because it doubles down on all the things that make the series great, as well as adding new abilities like being able to share and give teammates guns in co-op. The subtle improvements only heighten a game that is already at the apex of visually-gripping first-person shooters. 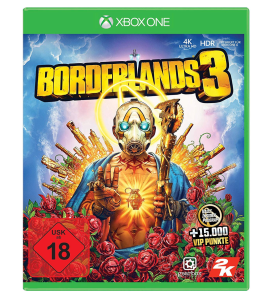 Having been introduced in 2003, The Call of Duty series is old enough to actually enlist. The latest entrant is 2019’s Call of Duty: Modern Warfare, which serves as something of a reboot of the Modern Warfare sub-series. As the name suggests, it’s set in modern times, and some of the gameplay is inspired by real events. There are multiple play modes to choose from. Modes include a single-player campaign, a cooperative “Special Ops” campaign, and an online multiplayer mode. 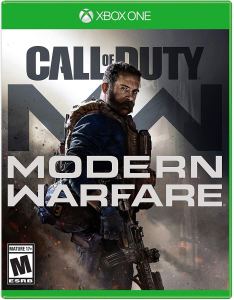 If you are into games that leave you feeling like you’ve been submerged into a hallucinogenic dream-like state, Control is certainly that. In a quest to locate her missing brother, Jesse Faden––the main character––finds herself in The Oldest House, an invisible skyscraper in New York that is the headquarters of the Federal Bureau of Control, a government entity that deals with the paranormal (to put it lightly). The visuals and graphics are about as incredible as gameplay can get, and the story keeps you intrigued, even though you won’t know what exactly is going on for the first bit of the game. If the story line doesn’t fully rope you in, the games puzzles will certainly keep you coming back for more. This game is confusing, beautiful, wild and down right fun to play. 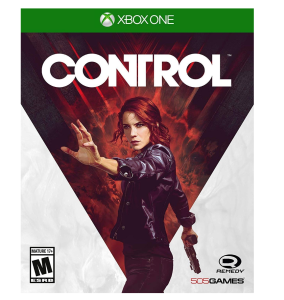 Following Raiden’s violent beheading of Shinnok, Kronika, Shinnok’s mother and the keeper of time, are going back in time to erase Raiden’s plans to protect the Earthrealm. Mortal Kombat 11’s story is as intriguing as ever, and the gameplay is as stunning as it is violent and gory. New to the gameplay in Mortal Kombat 11 are Fatal Blows and Krushing Blows. Fatal Blows can only be used once a match when an opponent is at 30% health or below. Krushing Blows are a cinematic play of a special move and are only triggered when certain sequences within the match happen. All of the oldie but goodie characters are there: Sub Zero, Scorpion, and Raiden. While new players like Geras and Kronika debut in Mortal Kombat 11. If you are a fan of the Mortal Kombat series, this edition is one of the all-time greats. 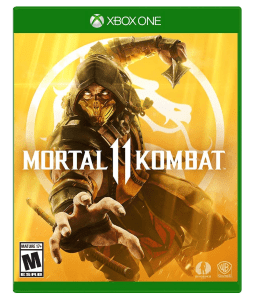 As one of the best racing game franchises to date, Forza Horizon 4 does not disappoint at all. The gameplay includes a large library of cars to choose from, customizable attributes and characters. Forza Horizon 4 introduces seasonal changes where the driver now has to adjust their driving tactics based on the seasons, which throws in an extra challenge to racing. The multiplayer world is also populated with real players instead of computer generated cars, making the gameplay much more real. Finally, the graphics are simply stunning, which continues to be the reason why people are so drawn to the Forza racing franchise. 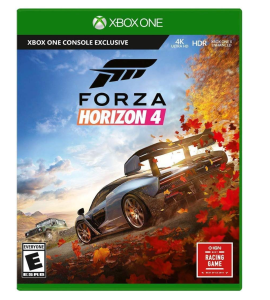 Many of the most popular games are available across multiple consoles, but the beloved Halo games are exclusive to Xbox. Whether you’re new to the iconic games or just want to relive the excitement, this box set includes all of the titles that star Master Chief. Halo through Halo 4 are all included. The earlier games have been remastered, and there are plenty of bonus features. More than 100 multiplayer maps are included, making for an expansive gaming experience. 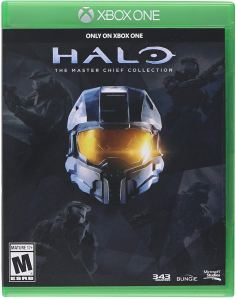 Video games graphics have gotten way more realistic over time, which is why there’s something refreshing about the intentionally blocky look of Lego games, which call to mind the heavily pixelated good old days. This set combines two games: 2010’s LEGO Harry Potter: Years 1-4 and 2011’s Lego Harry Potter: Years 5-7. These games may be quite a few years old, but just like the novels, they’re as engaging as ever. 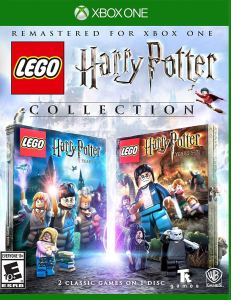 Feeling nostalgic? This set of Crash Bandicoot games includes three classic titles, which have all been remastered with upgraded HD graphics. Crash Bandicoot, Crash Bandicoot 2: Cortex Strikes Back, and Crash Bandicoot Warped are all included. The gameplay and levels are all the same as the originals, but new features have been included. You can play as Coco in all three games, and the remasters include time trials. 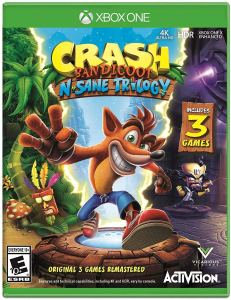