When it comes to showcasing innovative products that influence the future of tech, CES is the king of the hill. If you want to debut an exciting new gadget, there’s no place to do it better than the Consumer Electronics Show, the annual conference in Las Vegas where technology companies show off their upcoming products. With CES 2022 nearing, everyone’s eager to see the latest and greatest that the consumer electronics space has to offer.

Every year we get to discover exciting new products at CES, and 2021 was no exception.

We ended up awarding 15 products across various categories in our annual Best of CES awards. While there’s no denying that CES is the place where pnew roducts are introduced, not all of them reach the final stage of being commercially available to the masses. For better or worse, a decent amount of vaporware is released at CES, and you never quite know if that groundbreaking folding laptop or adorable robot will actually reach store shelves.

Knowing that, we’re revisiting our list from last year to let you know how each of our award winners turned out.

Some are pretty obvious, while others are a bit more surprising — so keep on reading to find out where to find the best products of CES 2021.

Sony’s OLED TV made huge waves during CES 2021, earning top spot honors in our awards. Not surprisingly, it lived up to expectations when it went on sale. Utilizing its new micro-LED technology, Sony delivered a smart TV with outstanding image quality paired nicely with excellent sound. The Sony Bravia XR A90J is a fine example of how a product executes its life cycle from making a splash at CES, all the way to winning broad appraise from critics and users in being a top-notch TV for the home. 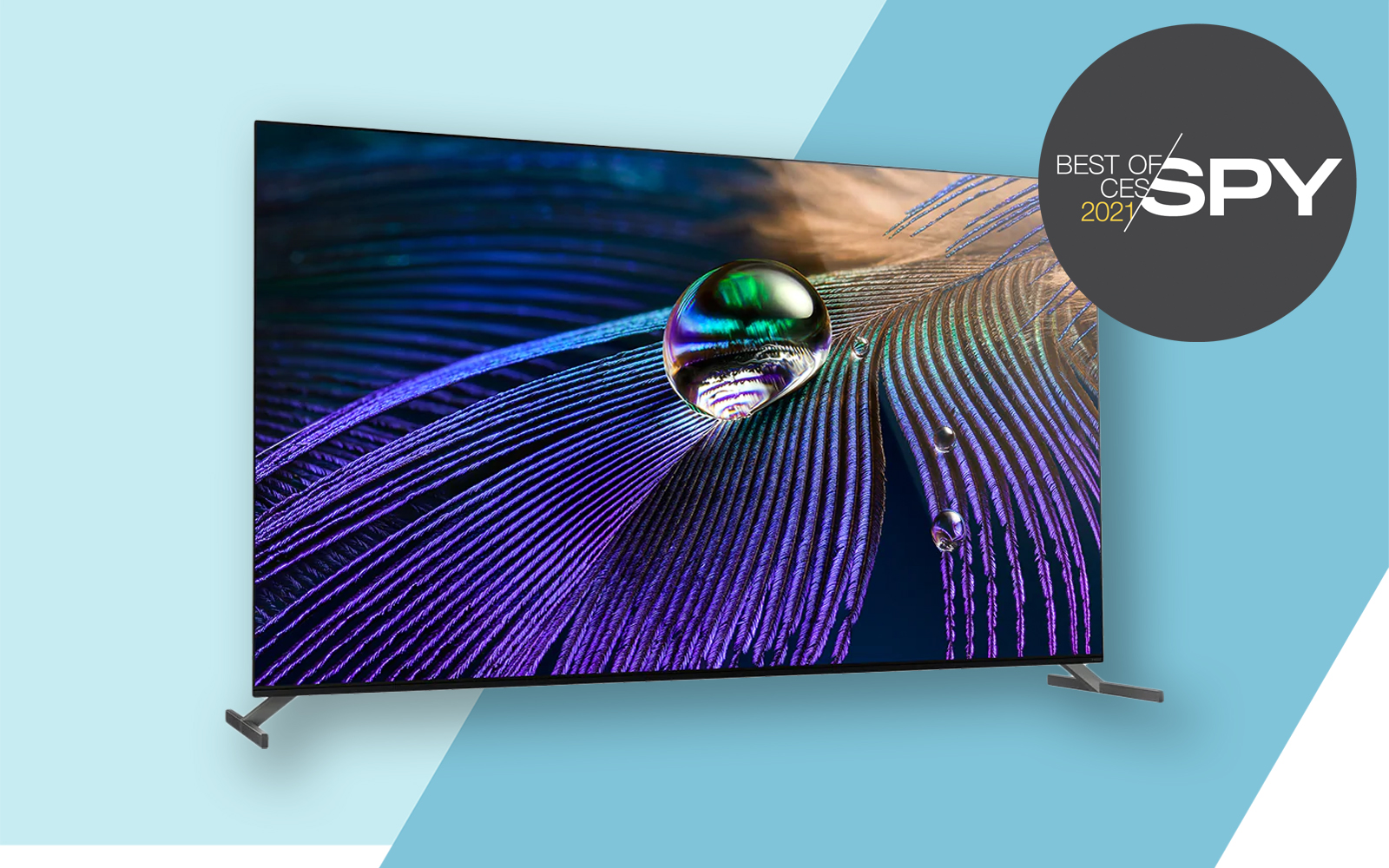 Healthcare and tech collided with the introduction of the HealthyU Remote Patient Monitor at CES 2021. With the ability to measure an assortment of metrics such as heart sounds, lung sounds, blood oxygen levels, temperature, respiratory rate, and blood pressure, a gadget that does all of them is sure to make an impression. However, there has been very little in the way of general availability — it doesn’t seem like it’s launched yet, which highlights the problem with many ambitious health tech products that debut at CES. 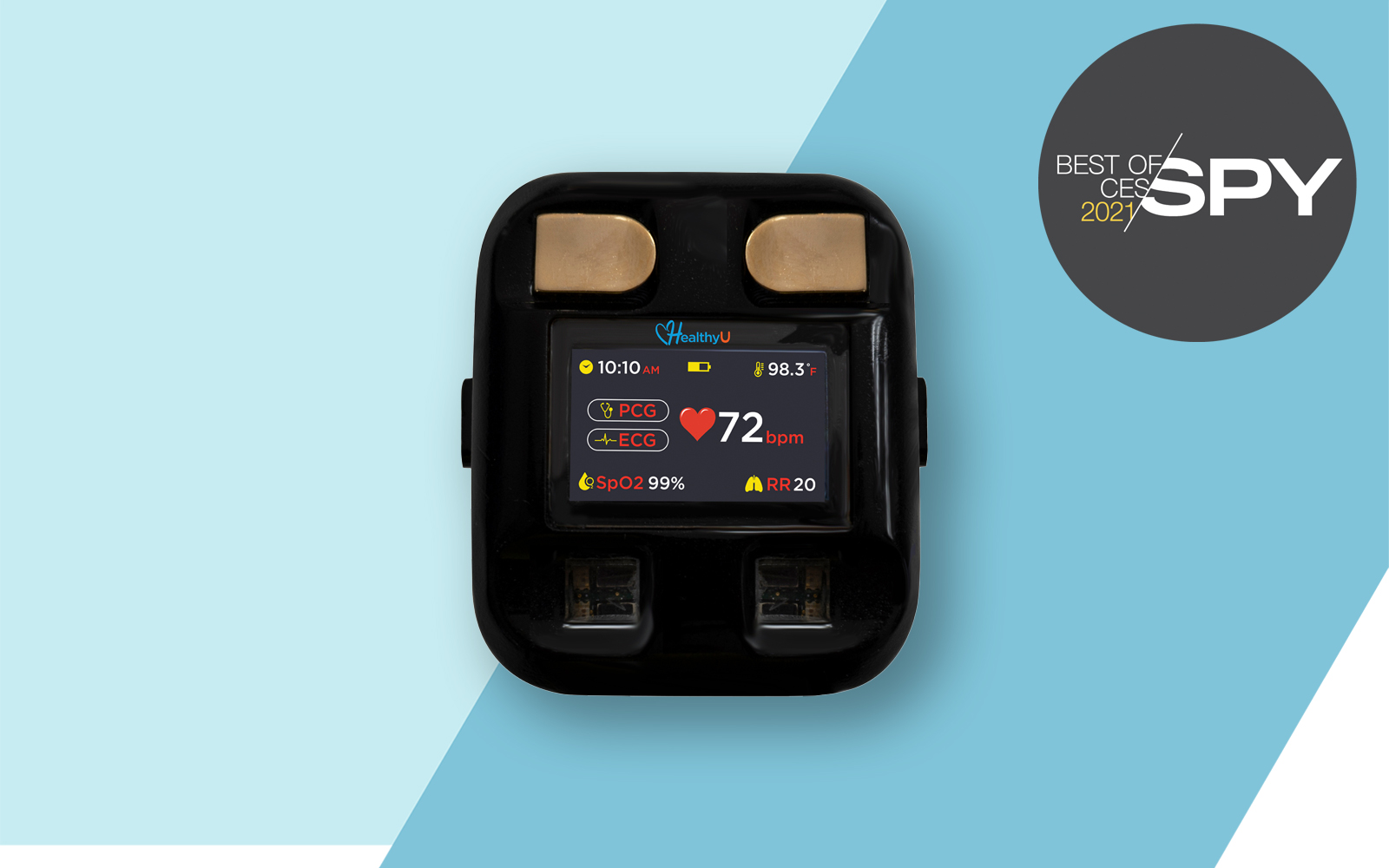 Given Samsung’s track record with its line of Galaxy smartphones, it wasn’t long after CES before the Samsung Galaxy S21 Ultra went on sale to set the bar for the rest of the phones released in 2021. Remarkable in every way, the Galaxy S21 Ultra turned out to be a monster of a phone with its epic quad-camera system — complete with a 100x space zoom camera that allows you to get close, without having to be close. While Samsung’s folding smartphones have gotten more attention, the Galaxy S21 Ultra is one hell of a flagship phone.

Samsung recently extended its Black Friday deals for the Discover Samsung event, and this flagship phone is discounted by more than 50% for a limited time. This is a great opportunity to buy an award-winning smartphone for an ultra-low price. 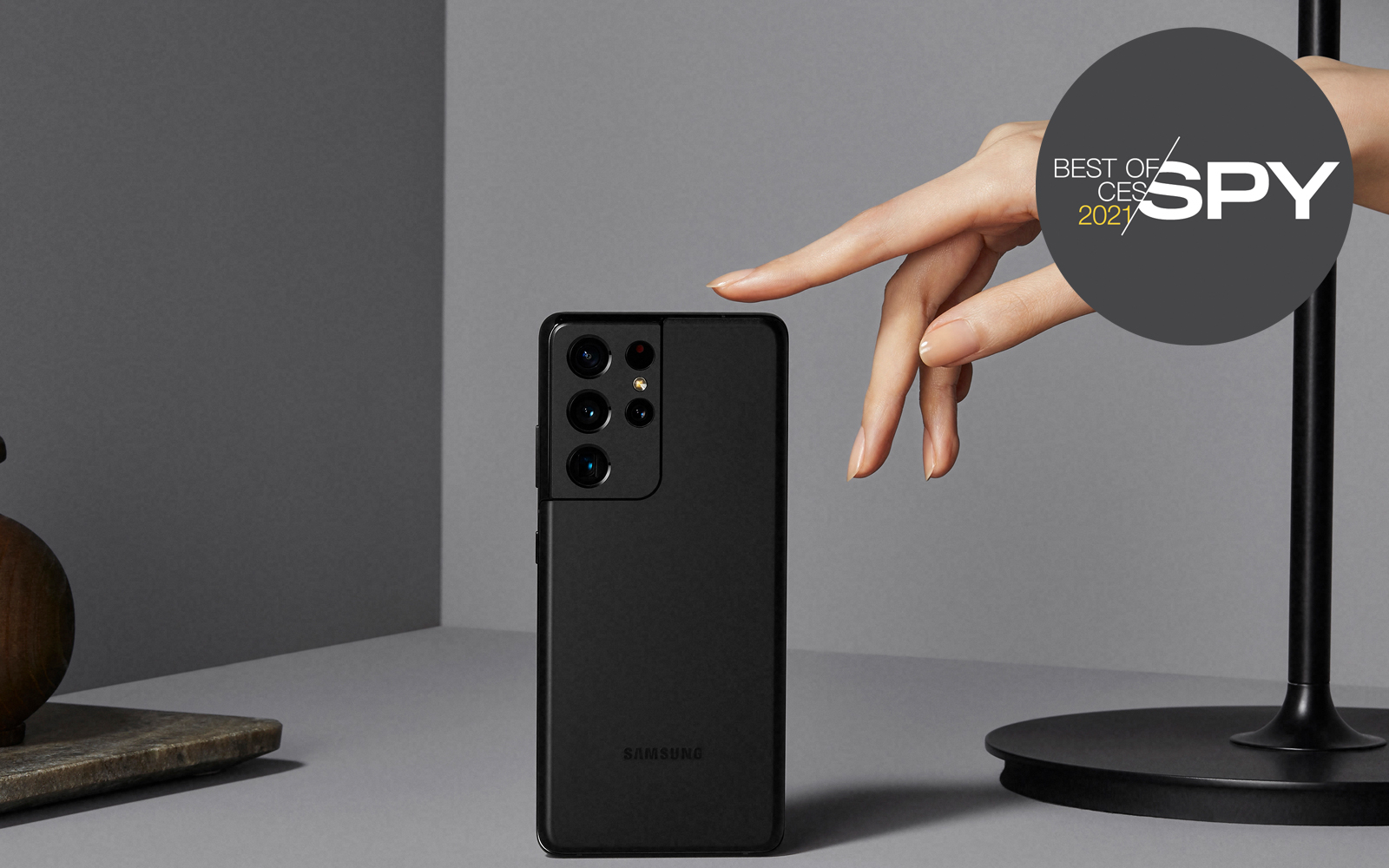 If someone were to perhaps tell you that there’s technology that could detect movement with the help of Wi-Fi, you probably would be skeptical about the claim. However, it turns out that Hex proved that it was feasible. The Hex Home DIY security system eventually became available later in 2021, proving that it can preservice your privacy in the home by measuring Wi-Fi wave disruptions due to movement. Security cameras inside of the home are often perceived as invasive, which is why the Hex Home exists because it’ll notify you if it senses movement. 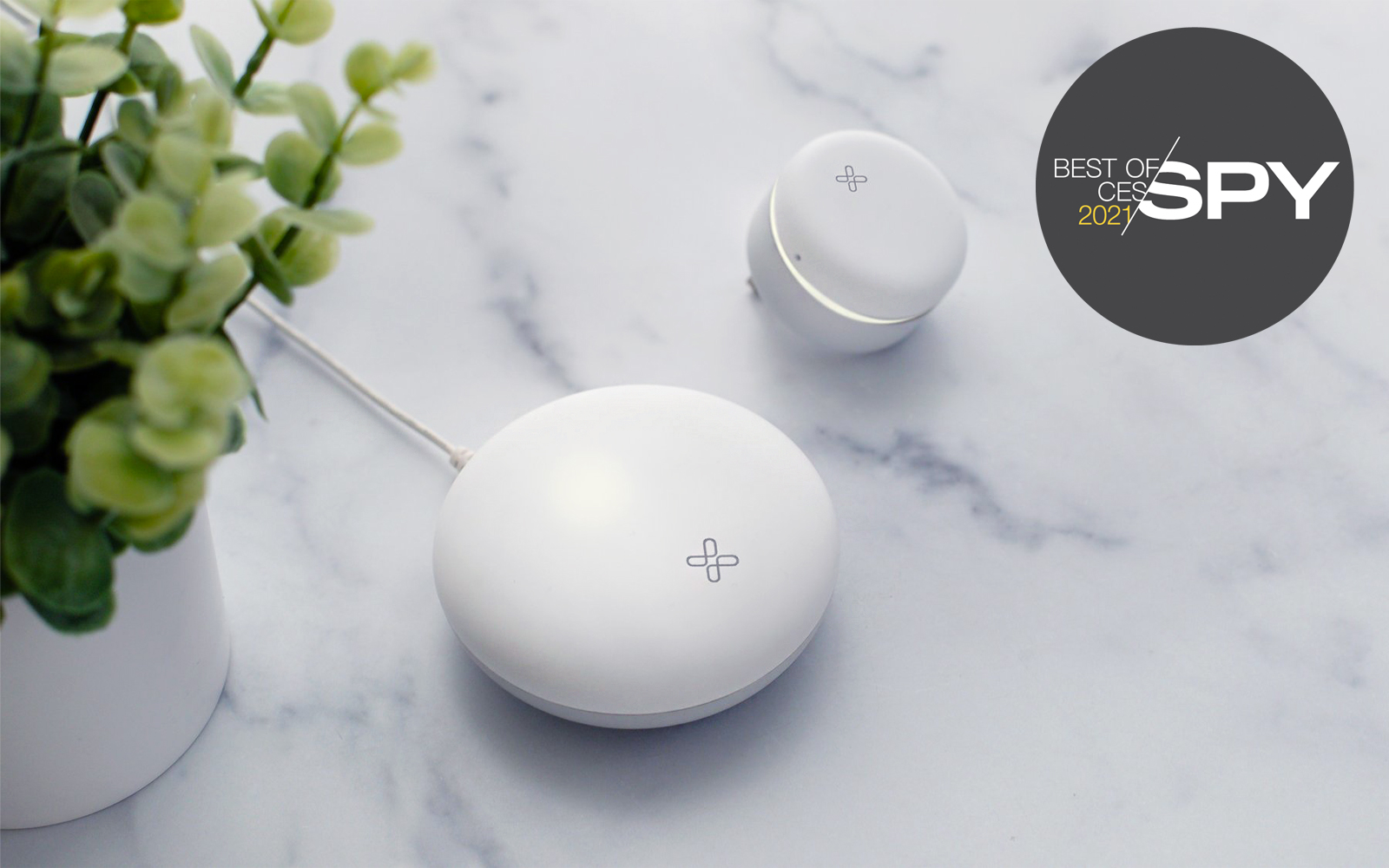 Anker’s continued push in the audio world came with the Soundcore Liberty Air 2 Pro at CES 2021. Sure, even though expectations were high for it being an AirPods killer of sorts, it wasn’t too bad of an option when it was released. Given its substantially lower price point than the AirPods Pro, the Anker Soundcore Liberty Air 2 Pro makes for a wonderful gift with its sweet audio performance, multiple noise cancellation modes, and wireless charging case. 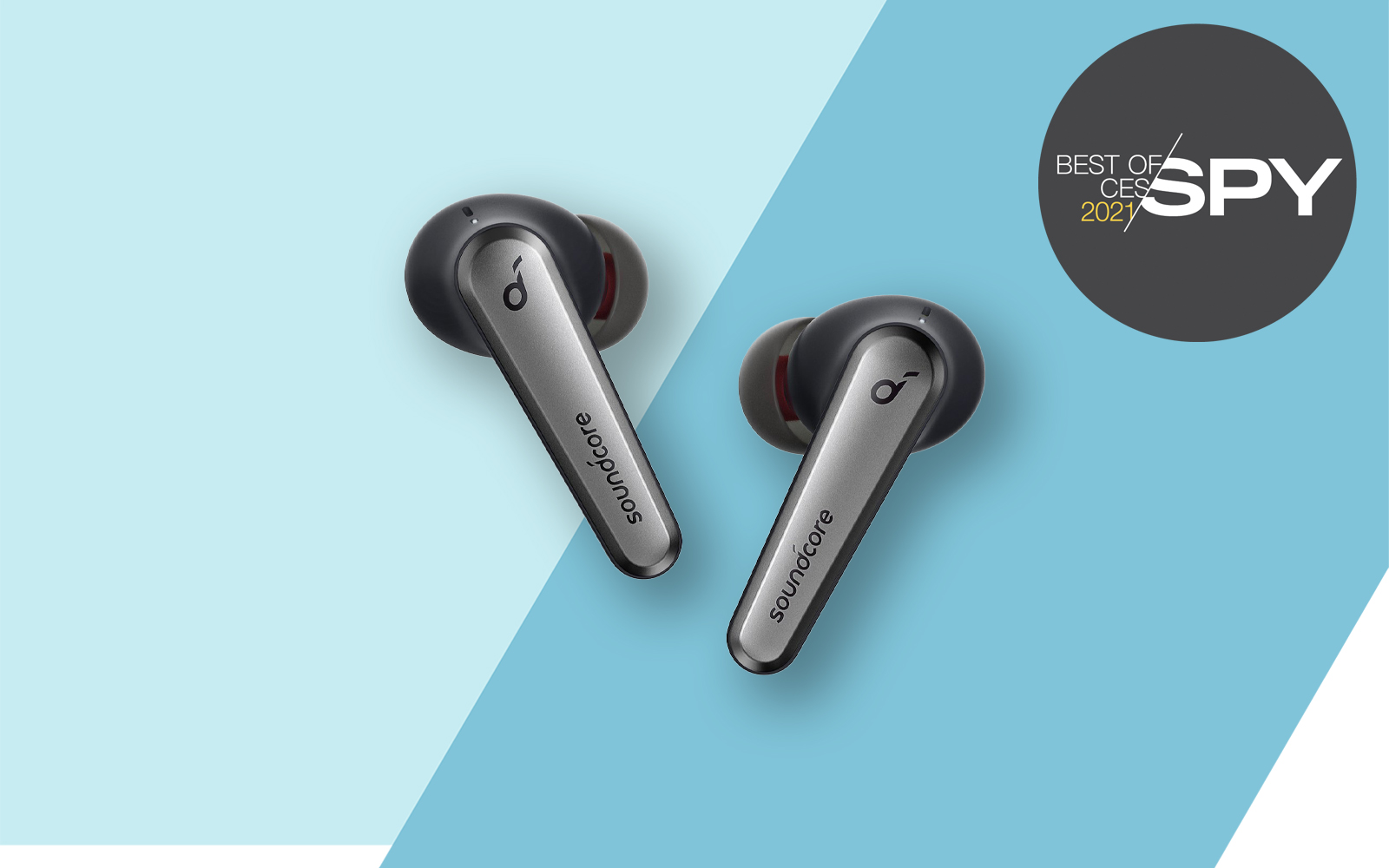 Who would’ve thought that out of all the robot vacuum brands out there, it would be Samsung that delivered one of the most innovative robot vacuums this year. At CES 2021, the Samsung Jet Bot AI+ stood out for being a chonky robot vacuum that looked like a mini tank on wheels, but in reality, it cleaned very well and even brought one of the most reliable obstacle avoidance systems around. Add to that, it doubles as a security camera too — but on wheels! 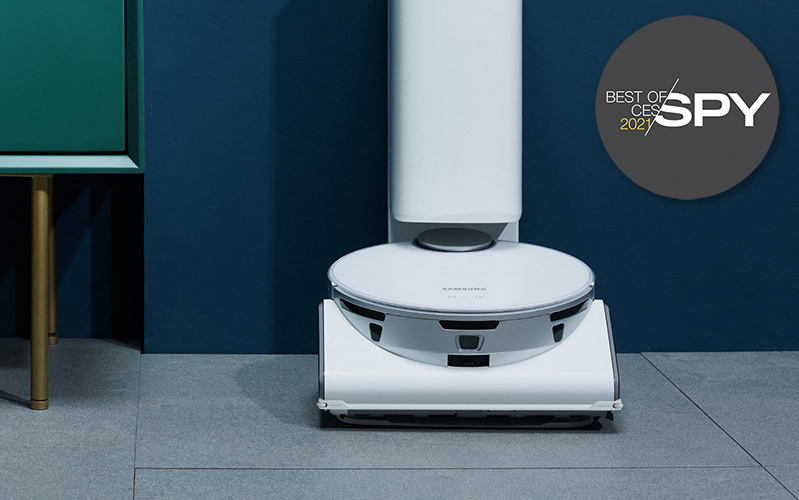 You sort of knew when this piece of vaporware was introduced that it was probably not something that would be commercially available. We’re not surprised that the wine pouring Samsung Bot Handy is nowhere in sight, especially when home robots of this caliber tend to be specialty gadgets that are unlikely to be available. The only notable home robot with potential right now is Amazon Astro, which at the moment is the only one in the foreseeable future to actually make its presence in actual homes. 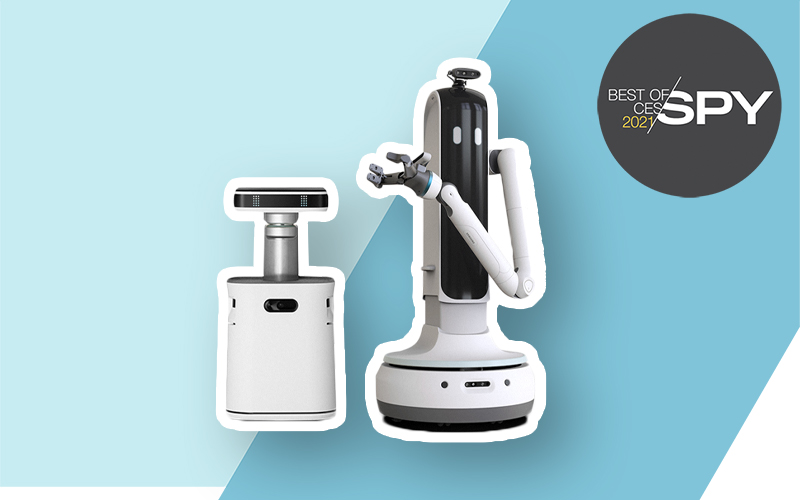 Unless there’s a crazy piece of new tech involved, laptops in general introduced at CES tend to come to fruition. The Razel Blade 15 Advanced made an impression for its sleek and thin design for a gaming laptop, a perfect option for someone who enjoys on-the-go gaming without lifting around a hulky gaming laptop. It was a worthwhile option, but many agree that it’s on the pricey side given its specs. 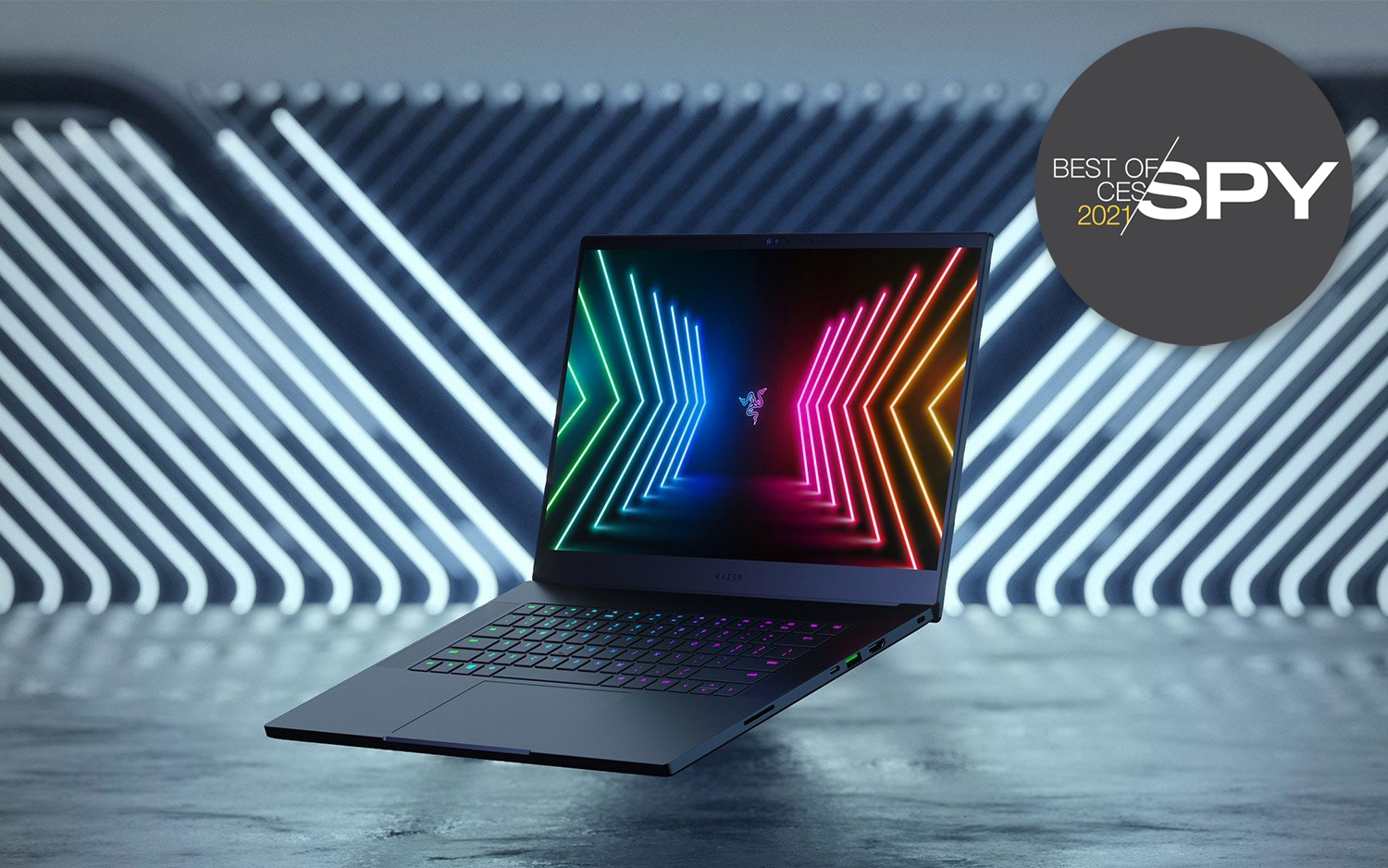 Well this one didn’t take long before it was officially available for purchase. The Satisfyer Love Triangle certainly doesn’t look like your average sex toy, but don’t let it fool you either it doesn’t mess around when it comes to pleasure. We’re always on the lookout for new innovations in the sex toy industry, and we expect to see some new sexual health products at CES 2022 in January. 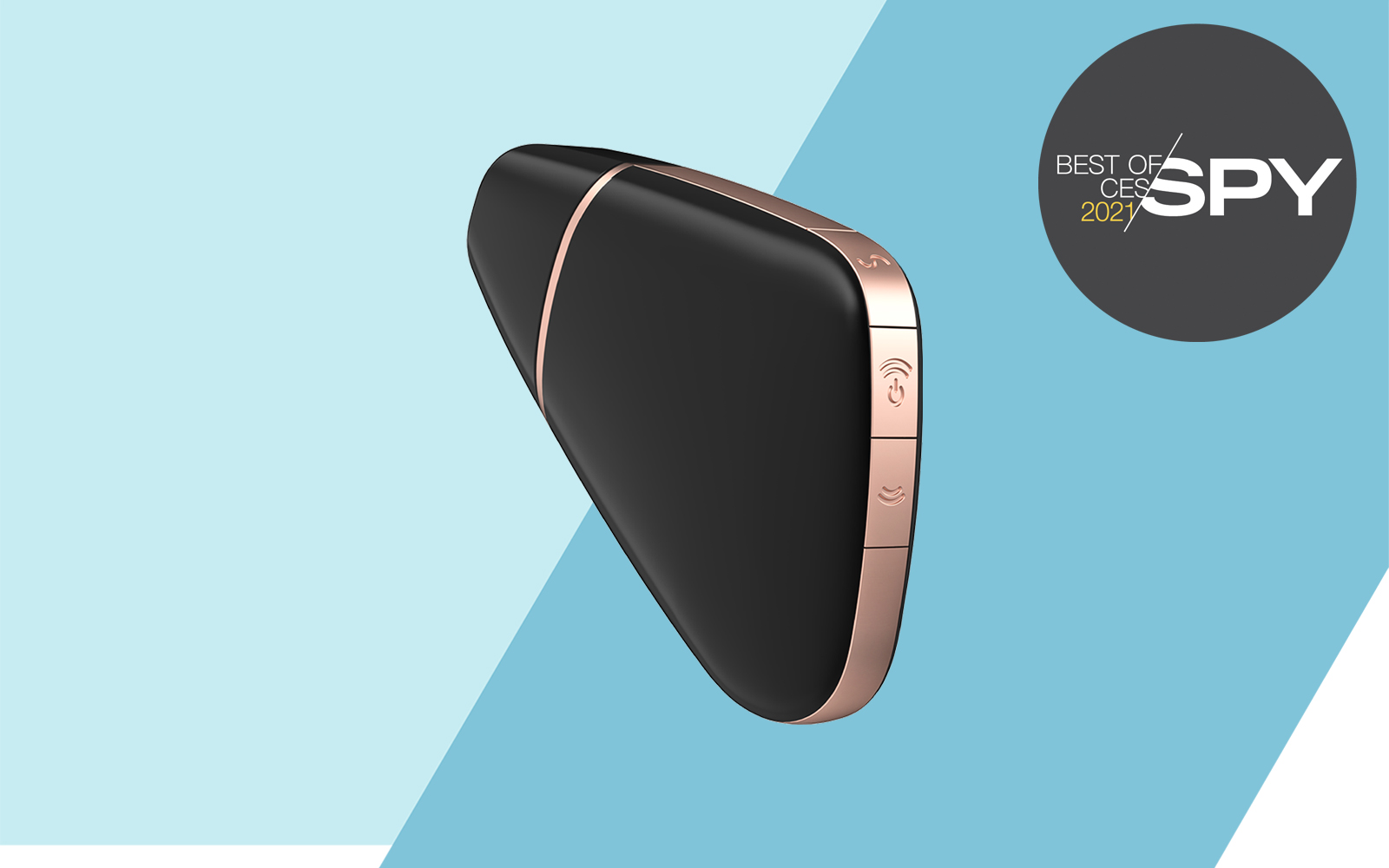 Sony’s no stranger in the speaker world, but its 360 Reality Audio Speakers teased at CES 2021 eventually entered the market in two variants — the SRS-RA3000 and SRS-RA5000. The two received mixed reviews (including from our product reviewers), but it should be noted that they deliver a 360-degree audio experience that makes it feel like sounds are coming from all around you. 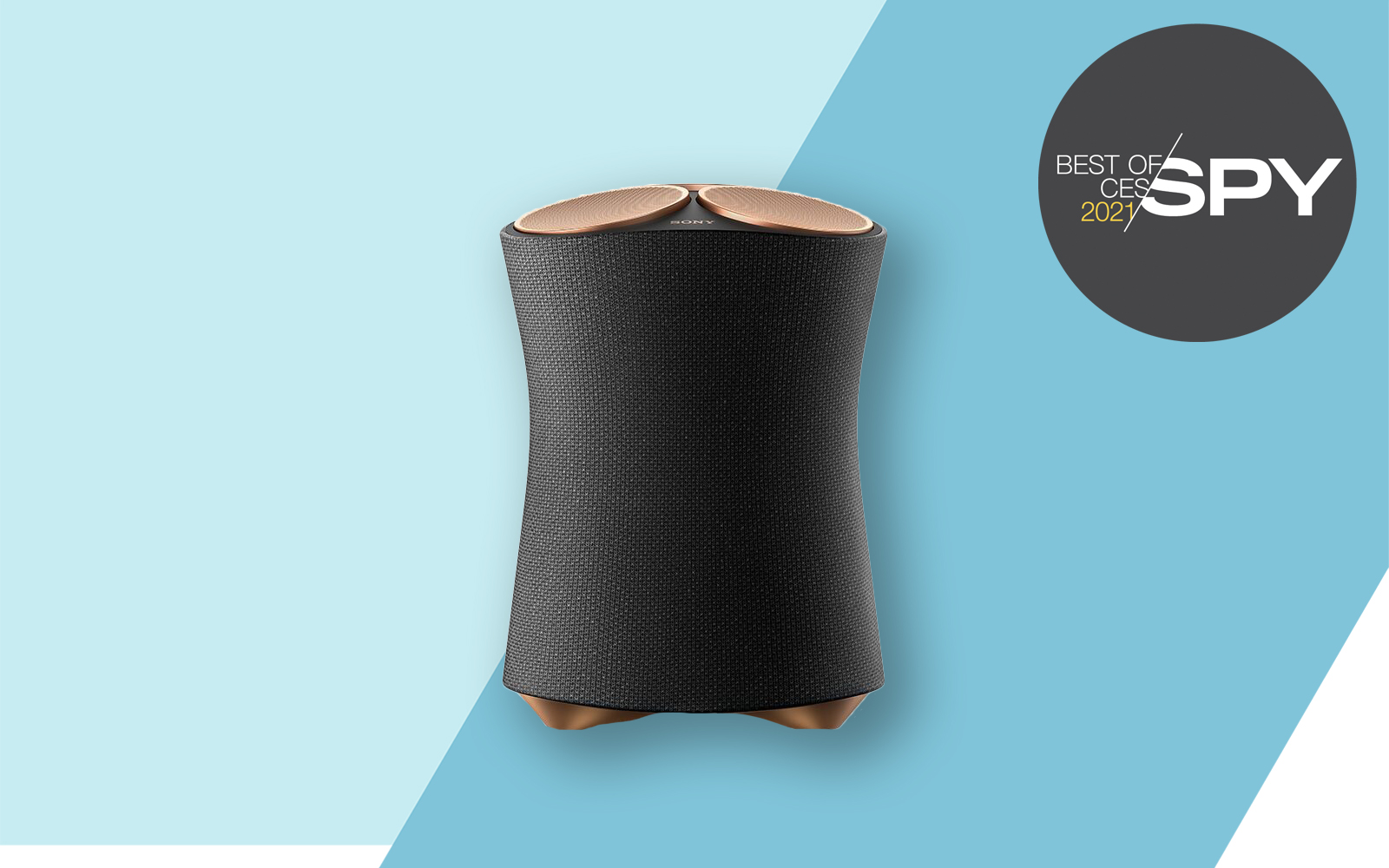 Not everyone fancies the look and dizzying functionality of today’s smartwatches, which is why the Skagen Jorn HR stood out at CES 2021. The hybrid smartwatch offered some smartwatch functionality on your wrist, but with the timeless design of a traditional timepiece. It wasn’t a knockout hit per se, but at least it gave consumers an option. 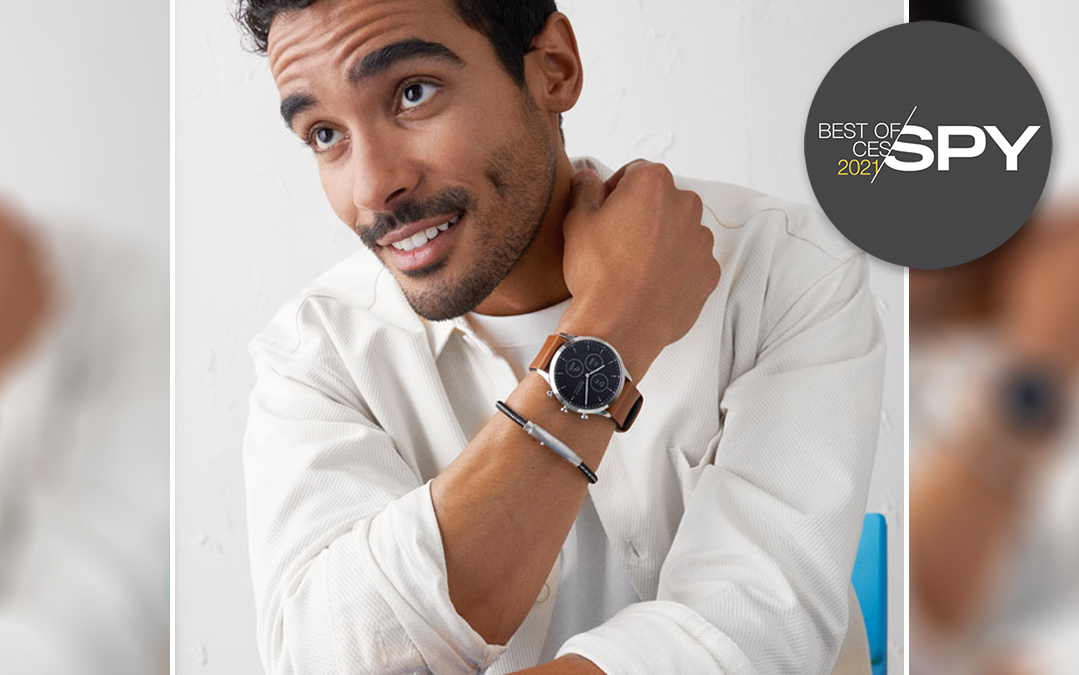 There are people who simply love popsockets on their phones. At CES 2021, we were all introduced to the Popsockets PopGrip for MagSafe. Anyone with a MagSafe compatible iPhone will surely be pleased to know that you can still put on a Popsocket, but still have the ability to wireless charge. 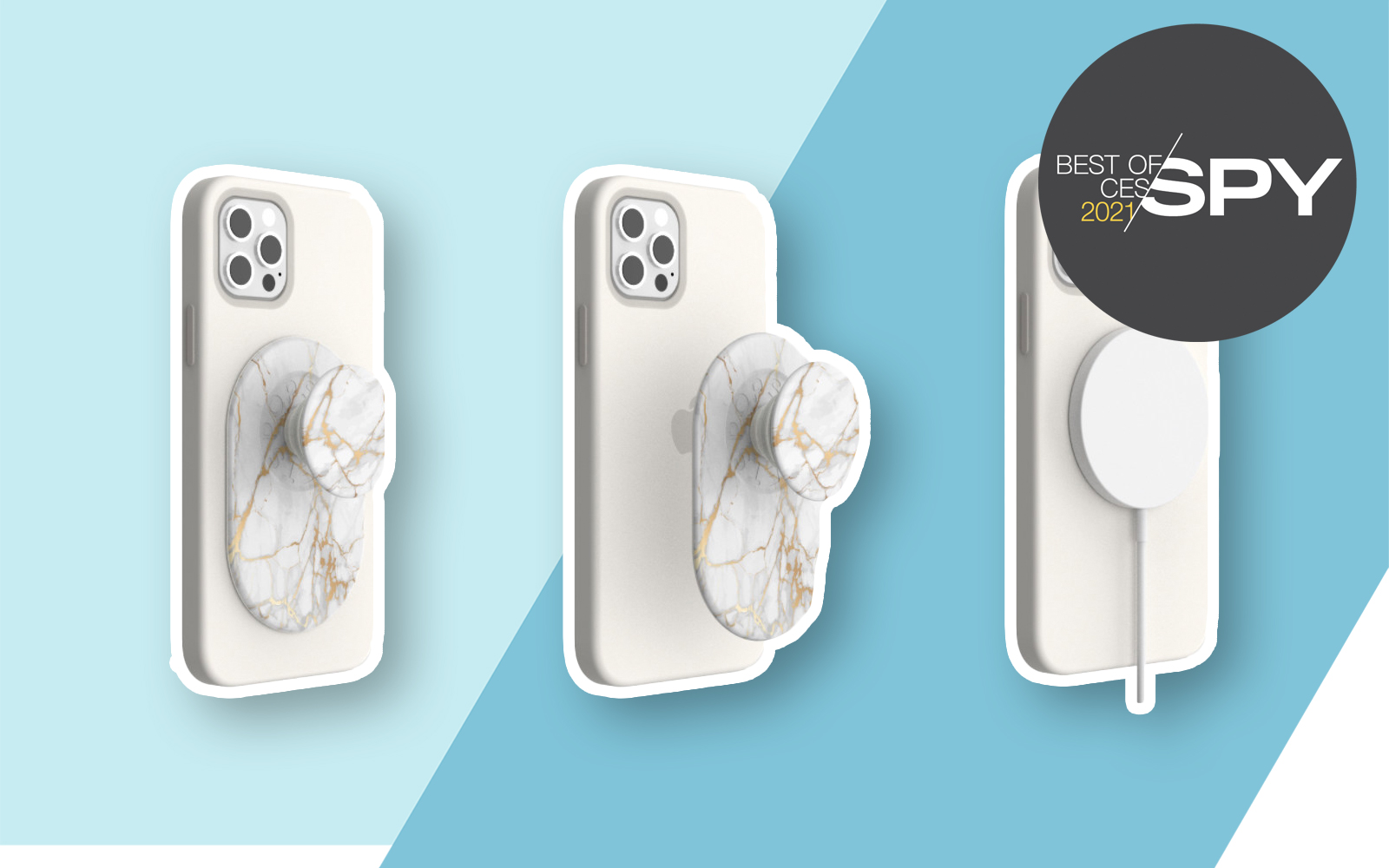 Nothing screams futuristic than Tom Cruise in Minority Report manipulating virtual screens, so when the TCL Wearable Display was teased at CES 2021, it gave us hope that we’ll be there — someday. Dubbed as the TCL NXTWEAR G, the wearable glasses aren’t still widely available for purchase here in the U.S., but if you can snag them abroad in markets like South Korea, Europe, and Australia. Is it the Minority Report experience we were hoping for? Not really, but it’s a start. 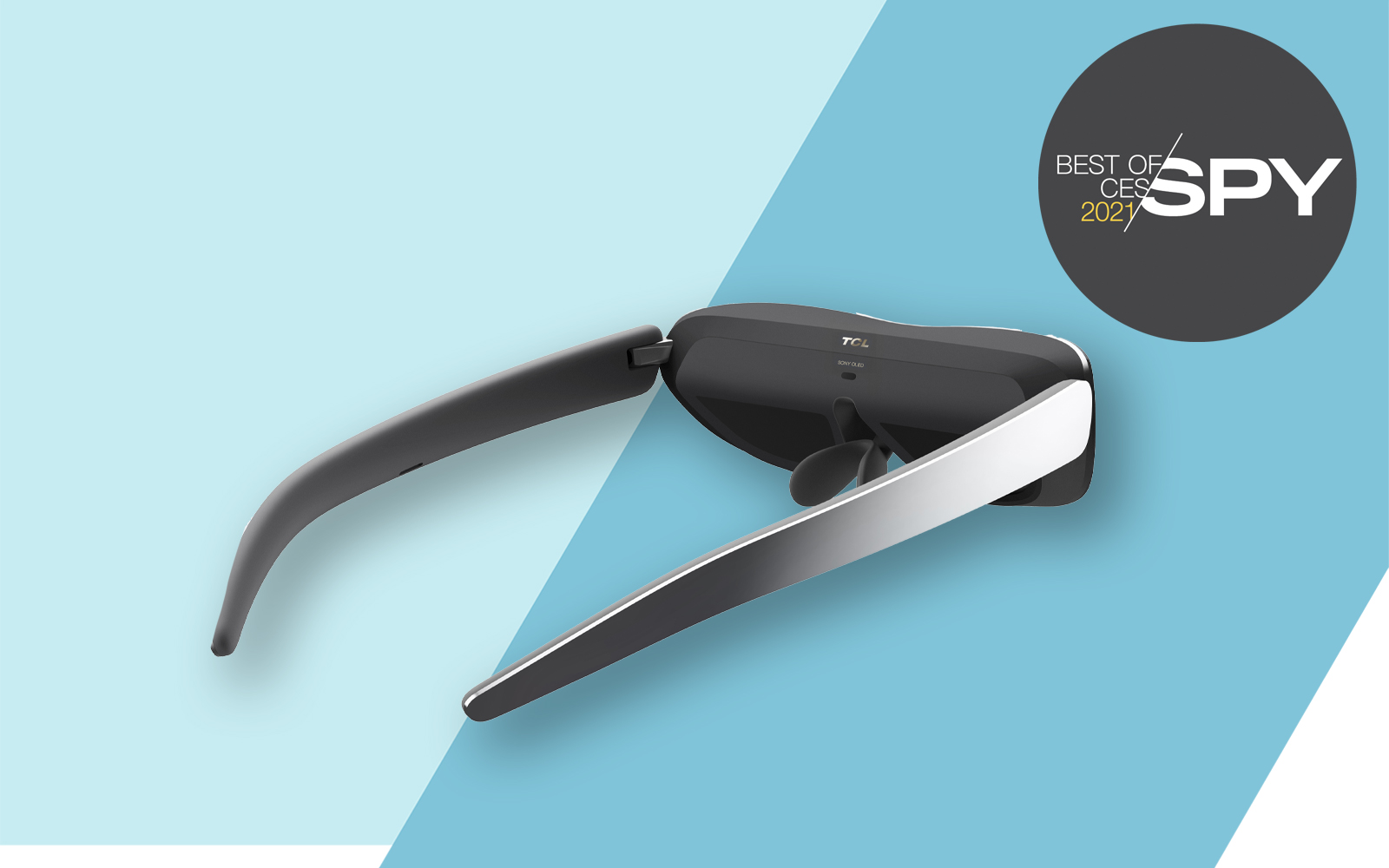 Face masks are still a thing, but no other got more attention at CES 2021 than Razer’s Project Hazel. Officially known now as the Razer Zephyr, the futuristic looking N95 face mask eventually made its way to beta testing for the lucky individuals who managed to be chosen, but there’s still no official word around general availability. 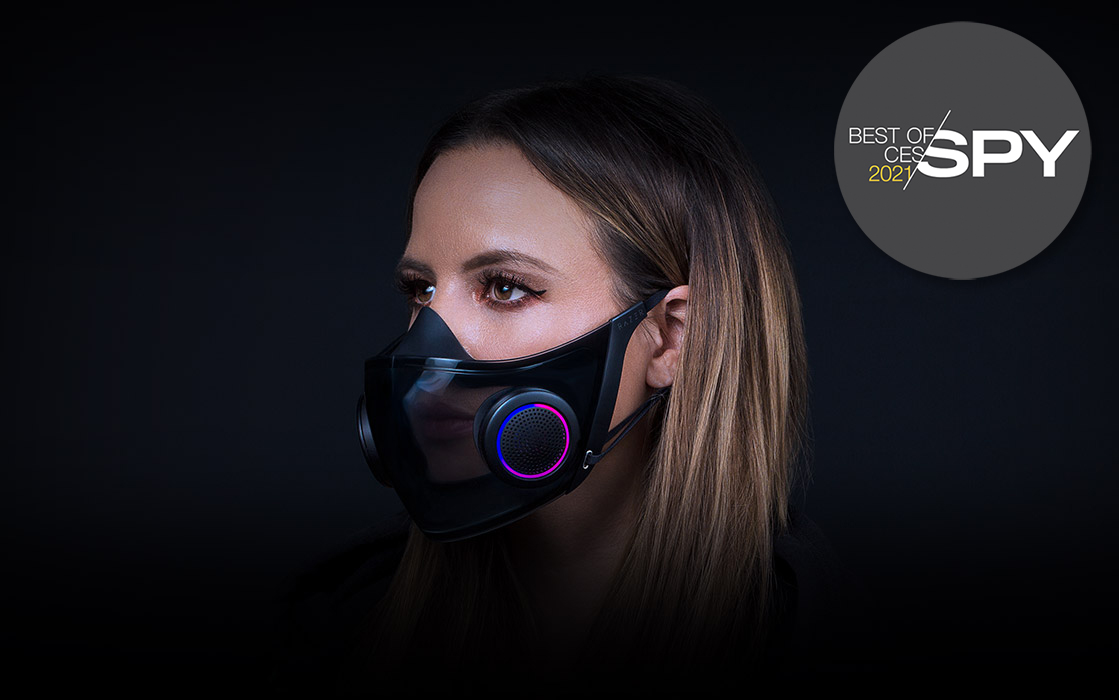 Upgrade Your Home Audio With the Best Speakers for Every Situation