* “Low Battery” on your smartphone is an all too common dilemma
* These pocket-sized power banks let you charge your phone on the go
* They can also charge other devices including cameras, e-readers and lights

“Low Battery – 20% battery remaining.” This message (or a similar one depending on your phone’s brand) usually means you have 2 choices. 1. Stop using your phone and eek out as much time as possible. 2. Charge it. Of course number 2 is preferable, but unless you’re stationary and ready to plug in, this option is highly inconvenient. That is unless you have a way to charge your phone on the go. Enter the portable charger.

You may be aware of portable chargers and possibly already own one. But technology moves fast. With respect to portable chargers, this means things are getting smaller and more powerful. It’s worth checking out these 5 power bank options for dealing with charging nightmares.

These chargers will charge more than just your phone, too. Most models take a USB cable, meaning cameras, e-readers, flashlights and more can be charged from these handy, pocket-sized power boxes.

The HAME Portable Charger sports a super slim, ergonomic design which is less than half an inch thick. The small size is ideal for keeping it alongside your phone or electronic device as it charges. It boasts an 8000mAh capacity and is so light you’ll barely notice it. The charger has a single, universal USB charging port, which means it’s great for charging all kinds of smartphones. 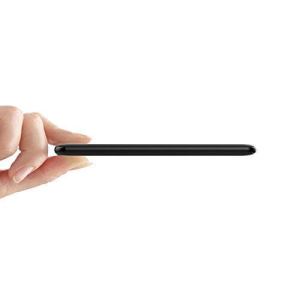 With a design that’ll look small even in the palm of your hand, the Ultra Compact Ultra Small Power Bank is a great choice for those who want a power bank they can put inside their bag and forget about until it’s called upon. It’s available in either white or black and sports 2 USB charging ports, allowing you to charge 2 devices simultaneously. It’s so smart it even detects the device plugged in and adjusts its output accordingly. 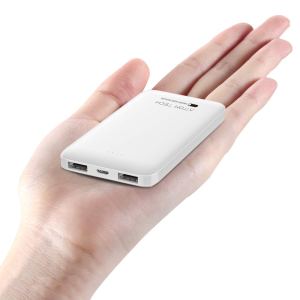 If you prefer to own things with a little color thrown in, the Tech2 Juice Portable Charger could be the right choice for you. It’s available in blue, gold and silver options and includes 2 USB power ports so charging 2 devices at the same time is no problem. The 10,000 mAh capacity also means you’ll be able to charge the average smartphone more than once. And, perhaps most impressively of all, the Tech2 Juice charger is only a fraction larger than a credit card and only .875 inches deep. 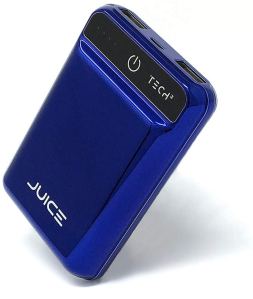 With over 70% of users giving the Tzumi Pocket Juice EnduranceAC Portable Charger a 5-star review, it’s a popular choice among shoppers. The device features a single USB port and a built-in, micro-USB cord, allowing you to charge 2 devices at a time. This power bank is also great for clumsy people who may need their device to survive the rigors of daily life as it’s encased in a shell, which is UV, heat and impact resistant. 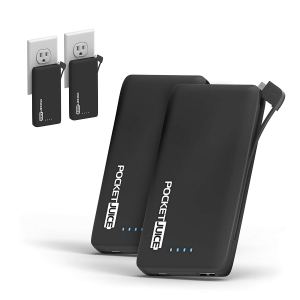 Boasting an unparalleled 8,300+ 5-star reviews on Amazon, the Anker PowerCore 10000 is truly a king among power banks. The device boasts an impressive 10,000 mAh capacity, which is capable of charging an iPhone 8 three-and-a-half times. It also includes special technology to speed up charging times compared to many competing power banks. The device sports 4 led indicator lights to let you know the battery level. Dimension wise, the PowerCore weighs 6.9 ounces and is just shy of an inch thick. 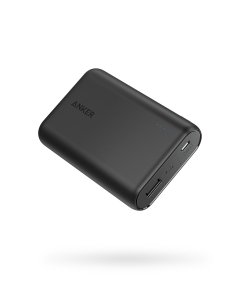