PS4 gaming headsets drop you right in the action of your favorite PS4 game. When you’re playing giant battle royale games like Fortnite, you hear a 360-degree soundscape. This kind of directional specific sound can give you a huge advantage over your competition, letting you hear attacks coming from places you wouldn’t have expected otherwise. When playing cooperatively, you and your teammates will be able to hear each other perfectly over the din of the digital battlefield, enhancing the gameplay in so many ways.

The best PS4 gaming headsets feature 7.1 surround-sound audio, fit comfortably on your head and connect with other gaming consoles like Xbox One and Nintendo Switch. Keep in mind, all of the audio features might not work on other systems. Like upgraded PS4 controllers, gaming headsets are a small investment to make to completely enhance your gaming experience.

So which headset should PS4 players choose? Below are our choices for the best gaming headsets for PS4.

The SteelSeries Arctis Pro + GameDAC headset produces high performing audio quality and is comfortable enough to wear during marathon gaming sessions. The GameDAC devices help raise the audio quality to high-resolution 24-bit audio, which will make your next Call of Duty battle that much more intense. The high resolution is also helpful to hear your co-op teammates loud and clear in the midst of all the battle chaos. And your teammates will hear you clearly as well through the top quality microphone. The SteelSeries Artic Pro + PS4 gaming headset uses a ski-goggle like strap around a metal band that doesn’t look like anything special, but it rests comfortably on your head for all-day gaming. It is a bit expensive compared to others headsets highlighted here, but it’s worth the investment for the performance. 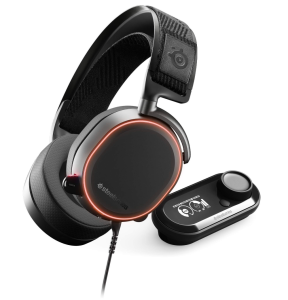 The Sony Playstation 4 Platinum Headset isn’t one of those basic headsets that comes packaged with your new console. This premium PS4 headset upgrade comes equipped with 7.1 audio that takes surround sound to a new level. It even uses 3D surround sound with games that support this feature to really immerse you in the game. Your co-op team will be able to hear you clearly through a quality microphone that cancels out ambient noise, promoting vocal clarity. And don’t be afraid to marathon games all day with this PS4 headset. According to Techradar, the battery life should last 10-14 hours depending on use. When you’re done gaming, this headset folds up nicely to stow away in your desk or in your gaming bag.

This is a great PS4 gaming headset, especially for the price. And since this is an official PS4 product, it has a few advantages over the other wireless headsets on this list. This headset can connect wirelessly to your PC, and it can connect to PlayStation VR headsets and mobile devices with the included cable. A companion app also lets you experience audio modes specially designed by game developers. 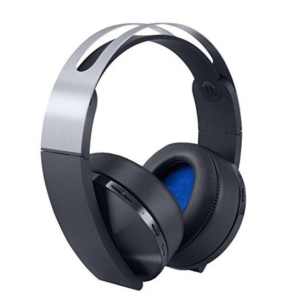 The Razer Kraken Tournament Edition is a solid option with admirable audio quality and a reasonable price tag. It features 5.1 surround-sound audio, which can be upscaled to 7.1 when used with your PC. Unfortunately, 7.1 isn’t available for PS4 gaming (this headset only has 2.0 audio for the PS4). Regardless, the audio quality is precise and helps you keep track of the action, which is helpful during battle melees like Fortnite. Also helpful is how comfortable this set is. Each ear cup has cooling gel through the cushion that not only feels comfortable on your ears but also keep them cool, as overheating is a common complaint with gaming headsets. If you’re gaming by yourself, you can retract the microphone into the ear cup, but if you’re in co-op mode the microphone offers noise-cancelling capabilities to reduce unwanted background noise and push your voice to the forefront. The Razer Kraken is more than an affordable headset, it’s a great one, too. 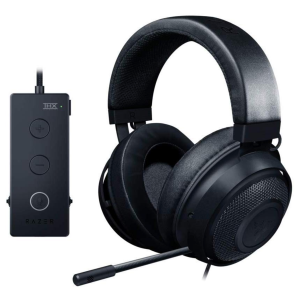 If you’re okay with dropping a hefty chunk of change for a PS4 gaming headset, we’d recommend doing so on the Astro Gaming A50. The audio quality is fantastic, with great 7.1 surround sound with deep bass and clear, concise highs. The premium sound quality will give you the upper-hand during intense battles, as you’ll get a 360-audio soundscape of the entire map. While the headset’s sound quality is premium, the headset itself is a bit on the heavy side. This may fatigue your ears and the top of your head after extended use. You can always turn the ear cans outward and wear the set around your neck to continue gaming if your head gets a little tired. Overall, the sound quality is top tier and the modern design will look great with the rest of your gaming setup, but you’ll certainly pay for premium audio. 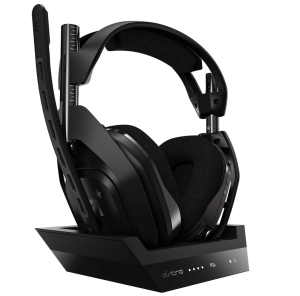 The HyperX Cloud Revolver S headset is easy to set up and is compatible with many different connections, so you can use this headset in virtually any gaming situation. Since the headset is fully compatible with PS4, you can take full advantage of the 7.1 surround sound and get the best sound quality possible from this headset. Use these headphones with a 3.5mm connection instead and you’ll lose some of the digital sound quality that makes these headphones stand out.

And if you game a lot, these are built to last. The steel frame makes these more durable than the all-plastic headsets, and the memory foam ear cups can rest comfortably on your ears so you can game for hours. If there is one downside to this otherwise elite PS4 headset, it’s that the microphone performance is average. It’s not bad, but it doesn’t stand out amongst its competition. If you aren’t planning on recording a Twitch stream with these headphones, we think these headphones are all systems go. 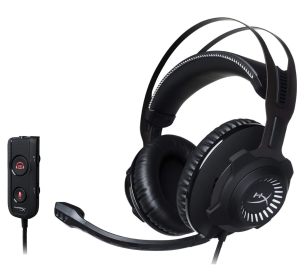 The Turtle Beach Recon 200 is an affordable and versatile headset that works with a variety of consoles beyond the PS4. It is a little odd that this wired headset still requires battery power, but it takes a lot of juice to pump out high-volume audio. Although you can turn the volume to 11, the quality stays clear without getting distorted or crackling. You can also adjust the microphone volume to be louder than the game itself, so you can better hear dialogue above chaotic gameplay. If there is one area where you have to compromise, it’s the design of the headphones. A handful of Amazon reviews and other review sites insist that the ear cups aren’t very comfortable and the cushion on the top of the head-strap can start to hurt over time. The performance is great, but you might be sacrificing comfort for a more affordable price. 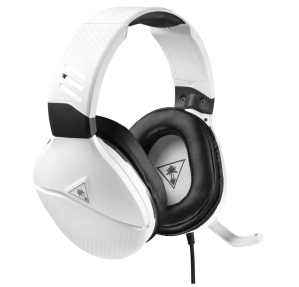 Adding a little more immersion to your gaming experience is generally welcomed by all gamers. The Razer Nari Ultimate does that with a rumble feature that will rattle your dome during gameplay. It sounds a bit gimmicky, but it really does add a little extra to your gaming experience. Beyond the rumble, this wireless PS4 gaming headset has a long battery life, depending on the setting of course — leaving the rumble feature on will drastically decrease battery life. But when you couple the rumble feedback with 7.1 surround sound, you get an immersive gaming experience.

The surround sound will not only make your gameplay sound more realistic, it will also help you determine where the action is during huge battle royales. This set is also light, so it won’t fatigue your ears or head after extended use. It’s compatible wirelessly with PC and PS4 systems and boasts wired compatibility with Nintendo Switch and other mobile devices. The rumble feature isn’t for everyone, but people who want a deep, immersive gaming experience should consider this PS4 gaming headset. 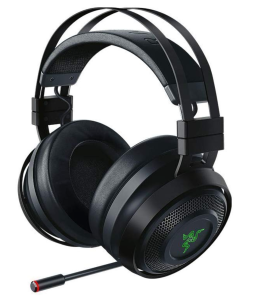 Although a bit on the big and bulky side, the Logitech G933 has some great customization options so you can have the gaming experience you want. The G933 has programmable buttons on the ear cups that you can use to program EQ settings or in-game macros (when gaming on a PC). All of the lighting on the headset is customizable, too. After you customize your headset to your specifications, the 7.1 surround-sound audio will drop you right in the middle of your gameplay. Keep in mind, the 7.1 surround sound may not work with other gaming systems such as Nintendo Switch. While you’re gaming, if the lighting is in full-tilt, you can expect around eight hours of battery life while connected wirelessly. Without lighting, you should get upwards of 12 hours between charges. The Logitech G933 is a good option for those looking for a little more customization from their wireless PS4 gaming headset. 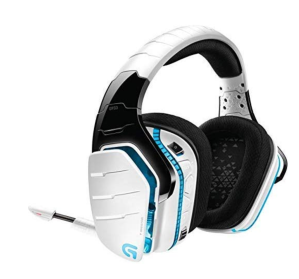