Technology in classrooms may be evolving, but one item that has remained a constant is the need for one of the best scientific calculators. Scientific calculators continue to not only be a valuable aid in completing complex math equations but also in providing an additional teaching tool in the classroom and at home.

What To Consider Before Buying a Scientific Calculator

There are also some settings where a scientific calculator would be the only option. For example, you might not be permitted to use a graphing calculator during certain school, college or professional exams and tests. The National Council of Examiners for Engineering and Surveying (NCEES) engineering exam permits several scientific calculators, but no graphing calculators. There are other high school tests and college exams where this may be the case as well.

How We Chose the Best Scientific Calculators

When selecting the best scientific calculators, we started with calculators that would be approved for test-taking. These include models from Casio and Texas Instruments. HP’s HP 33s and HP 35s calculators are approved, but they’re currently scarce, prompting rumors that they’ve been discontinued, and you can currently find them on places like Amazon and eBay for close to $200. Fortunately, there are other models you can pick up that are approved for NCEES tests, such as the TI-36x and Casio fx-115 and fx-991 calculators that can be had for far less than that.

Of course, not everyone who is in the market for a calculator is looking to be an engineer or surveyor. That’s why we also picked out more basic, affordable models for everyday calculations. Whether you’re filing your taxes or you need a calculator for school, a scientific calculator is a handy thing to have (and won’t be as distracting as your phone’s calculator). Other handy features we looked out for were solar cells, which make it easier to keep your calculator running without worrying about backup batteries.

Texas Instruments TI-36X Pro is one of the most trusted and widely used calculators for students. It’s approved for exams by the National Council of Examiners for Engineering and Surveying, making it a great test-taking calculator where a graphing calculator might not be accepted. The calculator has a four-line display for easy legibility. This calculator also has a solar cell for a longer-lasting battery. 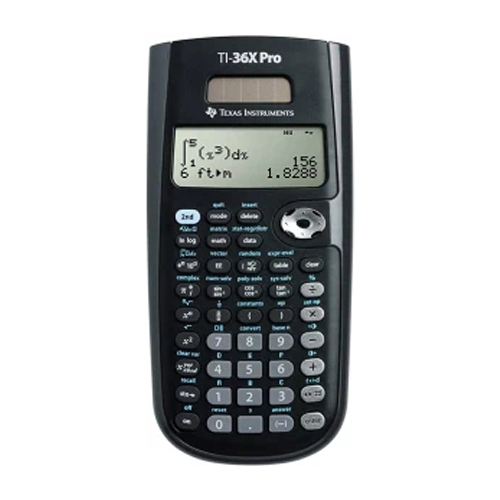 The FX-991EX is a great option if you’re looking for a slightly more advanced Casio calculator. It has a natural textbook display for easy legibility and a bigger memory with more functions. The display can show spreadsheets and matrix calculations, and it can even generate a QR code to modify your calculation from your phone. This calculator also has a solar-powered panel. 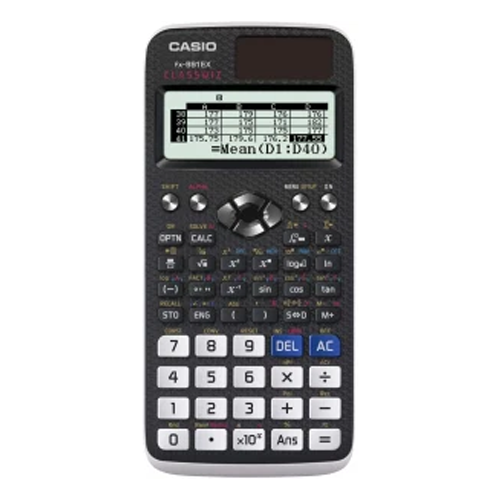 This is the second edition of Casio’s advanced scientific calculator with a price and functionality that’s sure to satisfy students and professionals alike. The 16-digit four-line display makes it easy to see your calculations in full, the same way they would appear on paper. There are 280 different functions. The calculator has a sturdy build and a solar panel for increased battery longevity. 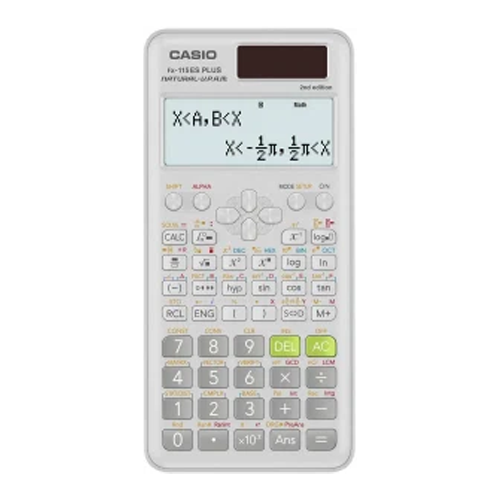 The TI 30X series is on the approved list by the National Council of Examiners for Engineering and Surveying, and it’s an affordable calculator with a simple two-line display showing the entry and result at the same time, making it easier to double-check for errors or mistyped equations. The solar and battery power ensures you won’t run out of juice mid-exam. 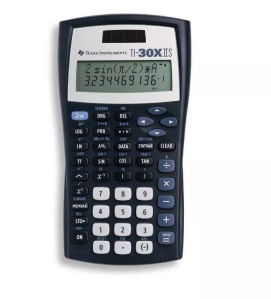 If you’re looking for a basic and intuitive calculator, the Casio FX-260 is a great option to get. It’s an affordable and compact option with a single-line display, making it a good option if you prefer a simpler display. This calculator is also solar-powered and it comes with a sliding case to protect it. 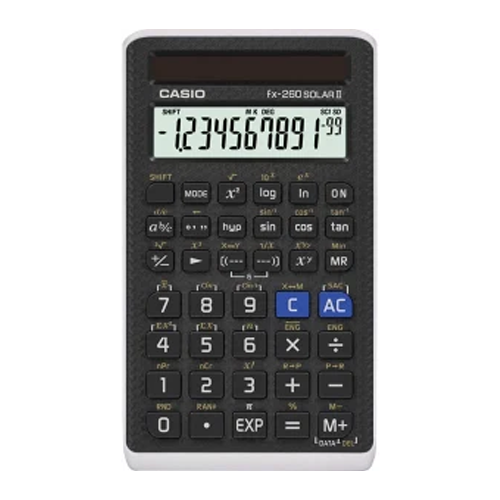 Sharp has a solid selection of scientific calculators, such as this 16 digit option that’s ideal for classes or personal use. The “write view” display shows calculations as they would appear written down, making for easier legibility. It’s battery and solar powered for reliable power, no matter what, and you can set 8 temporary and 3 definable memory functions. The back of the calculator case has a textured design for easy carrying. 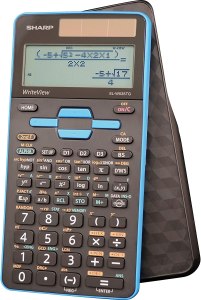 This calculator comes with 240 scientific functions and can be used for one- and two-variable statistical calculations. Degrees, radians and grads make up the three angle modes that are possible with the Helect, which can display functions in scientific/engineering notation mode. A hard, sliding case keeps the Helect protected when not in use and the inside of the case provides examples of how to use the two-line digital display. 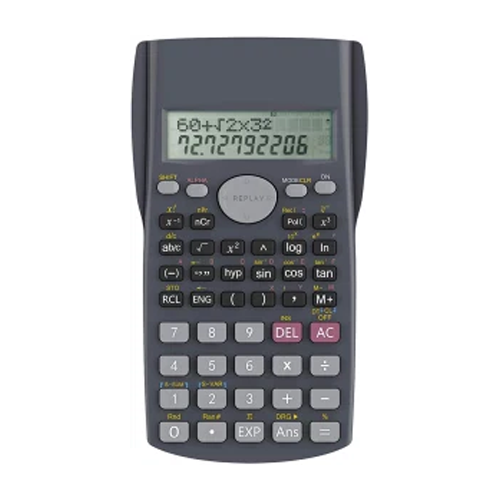