Take control of your entertainment devices with a top-selling universal remote that does it all. Find out more from Boy Genius Report and shop below:

From BGR:
Logitech Harmony is the first brand that comes to mind when most people think of Universal remotes. The company’s products pack tons of features, and some even work with Alexa. But it turns out that most people aren’t looking for all those features. Instead, they want simplicity and affordability, and that’s exactly why the GE 33709 4 Device Universal Remote is the best-selling universal remote on Amazon’s entire website. It has just about all the basic functions you might want and it costs just $10 and change. The biggest thing it lacks is probably backlighting, but there’s an upgraded version on Amazon that’s just a few bucks more. 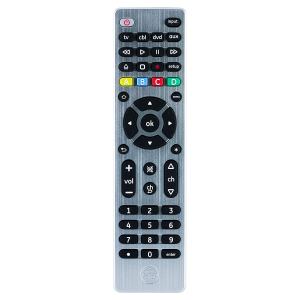 From sound bars and cable/satellite receivers to TVs and Blu-ray/DVD players, GE Universal Remote can operate up to 4 different audio and video components.

This $15 Gadget Transforms Your iPhone Into a Universal Remote