Tablets are a great bridge between your phone and your laptop. Nobody wants to watch an entire series of You on a cross country flight on their phone. And lugging around your laptop doesn’t seem like a fun option either. For those situations, tablets are the perfect mix of portability and utility. But whether you want a new iPad, the remarkable reMarkable Paper Tablet (the reMarkable 2) or an Android tablet, these devices are pricey, and nobody wants to pay full price on tech, or anything, for that matter.

That’s why we’ve scoured the internet for the best Tablet deals. There’s nothing wrong with saving a couple of bucks on a piece of tech that will probably play second fiddle to your smartphone or laptop anyway. Tablets certainly have their place in the tech hierarchy of needs, which is why it’s best to buy tablets on sale.

Below are the best deals on tablets we’ve been able to find at Best Buy, Amazon and other top retailers. Remember: you’ll need to hurry, as most tablet deals are very short-lived.

The Google Pixel Slate is currently on a crazy deal through Amazon, where you can save over $400 dollars on the Google tablet. The Chrome OS is one of the easiest to navigate making it a great purchase for those new to android tablets. And if you’re looking for one to last you through the day, the 12-hour battery life is welcome. Plus, the long battery life doesn’t mean you’ll be waiting forever for it to charge. Only 2+ hours on the charger will completely recharge the battery. This great deal does not include the keyboard or pen, which is a bit of a bummer, but you’ll be able to purchase those with all the money you saved on this tablet deal. 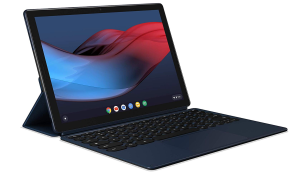 Apple products rarely go on sale, so you should take advantage when they do. Currently, the newest generation Apple iPad 32GB is on sale for $80 off the original price at Best Buy. The iPad features an ultra-fast Fusion A10 chip and 32G of storage, so you’ll be able to take plenty of videos and pictures with this tablet. And beyond a super-fast processor, what sets Apple apart from the tablet competition is the Retina display, which makes the content displayed on the Apple iPad look vibrant and fantastic. You can expect about 10 hours of battery life with regular use, which should get you through your day. Overall, it’s the tablet all others get compared to, and right now, you can save a little money on your purchase. 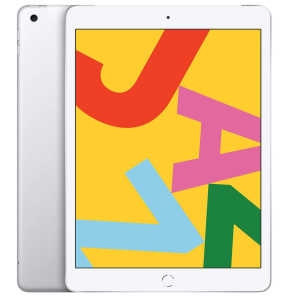 This is similar to the iPad deal above, but the 128GB model provides an extra $20 off the original price, and you get a ton more storage. You’ll be hard-pressed to fill up all 128GB of storage on this iPad with home videos and photos. Beyond the impressive storage, iPads make for some of the best airplane companion tech around. The slim profile and lightweight tablet make it a great choice for travel. Apple products rarely go on sale, so if you want to save a Benjamin on an iPad with a bunch of extra storage, this tablet deal is your chance. 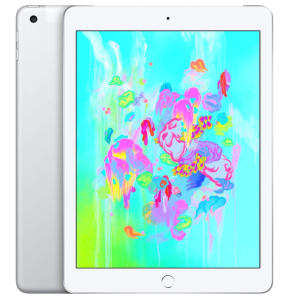 If Apple iPads are considered the number one option for tablets, then consider Microsoft Surface tablets to be the runner up. And right now, you can score a Surface Pro 7 for $200 off the price from Best Buy. Right now, the same tablet is going for $800 on Amazon, which makes this one of the best tablet deals available right now.

This powerful and versatile tablet can go wherever you can with a slim profile that weighs under two pounds. And even though it’s a tablet, it doesn’t completely lack all connectivity. The Surface Pro 7 features a USB-C and USB-A port for docking stations and displays as well as for charging your phone. Speaking of staying charged, the Pro 7 can last about 10.5 hours on a single charge and will get 80% of its battery life after only an hour of charging time. Take advantage of this Best Buy tablet deal while it lasts! 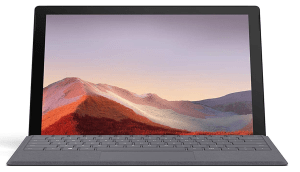 The Samsung Galaxy Tablet A 8.0 provides an affordable tablet option. Right now, you can find this tablet for $20 off through Amazon. The tablet features an 8-inch display that is much larger and better for viewing video than your phone, as well as a 13-hour battery life, which will keep you covered for all-day use. While the 32GB of storage is great for a large library of photos and videos, the storage can also be expanded up to 512 GB with a micro SD card. It’s not as flashy as a Microsoft Surface Pro 7 or Apple iPad, but there is plenty to like about this simple tablet, including the price. 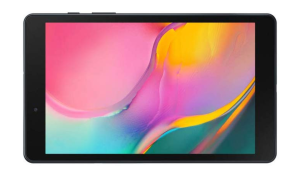 The Samsung Galaxy Tablet E 9.6 is a simple tablet that’s great for watching content on its 9.6-inch screen and filling in the gap between your phone and laptop. The display isn’t as sharp as a Microsoft Surface or iPad, and the 16GB of storage isn’t as great, although you can expand the storage with a micro SD card. The Galaxy tablet can stream 12 hours worth of video before it needs a recharge, which will last you the entire day. It’s a great tablet to entertain the little ones and the current tablet deal makes it more affordable than usual. 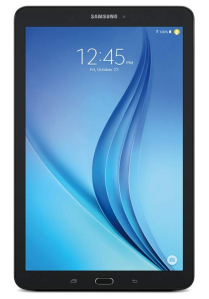