Tablets fill that gap between your laptop and your phone. The long battery life and large displays are great for binge-watching your favorite movies and shows on cross country flights and road trips. Plus, they are easy to pack around, especially since tablets are generally lightweight and sport a slim profile you can easily slip in and out of a bag.

When you really get into the nitty-gritty of the capabilities, the best tablets now stand toe-to-toe with laptops. Here’s why:

When you pair tablets like the iPad Pro or Samsung Galaxy Tab 6 with a wireless keyboard and a stylus, you essentially have a full laptop — only with a better camera system. So stop thinking of your laptop as a device for only watching movies (although they are great for that). When you take a closer look at the best tablets of 2020 below, you might say goodbye to your laptop, especially if you only use it to surf the web.

If you take everything that makes the 11-Inch iPad Pro immediately attractive (slim bezel design, Apple Pencil and Magic Keyboard support, liquid retina display) and offer it for less than $600, you end up with the latest iteration of the iPad Air, which is the best tablet Apple has made to date. What’s more, the A14 Bionic chipset that’s packed inside this 11-inch tablet comes is more powerful than what you get with the iPad Pro. Of course, there are some tradeoffs. The iPad Air doesn’t include the same 120Hz ProMotion display or the ability to size up to 12.9 inches. But when it comes to the best all-around package you can get in 2021, the iPad Air is the tablet to beat. 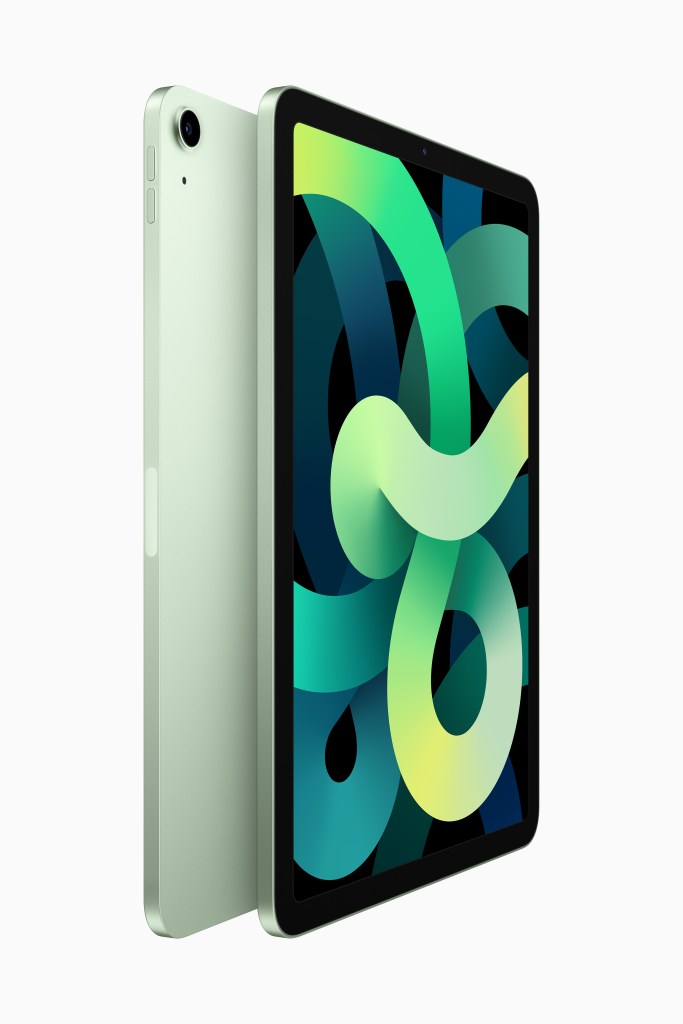 This pricey-yet-powerful option pairs great with the S Pen to write and markup documents, draw, and take notes right on your tablet. Plus, with the 120Hz display the Galaxy Tab S7 is a great digital canvas for artists. It can also switch into DeX mode when connected to a keyboard and, much like the iPad Pro, you essentially have yourself a 2-in-1 laptop. Similar in price to the iPad Air, the Galaxy Tab S7 also has a superior 15-hour battery life. If Android is more your flavor, then it’s hard to look past the appeal of the Samsung Galaxy Tab S7. 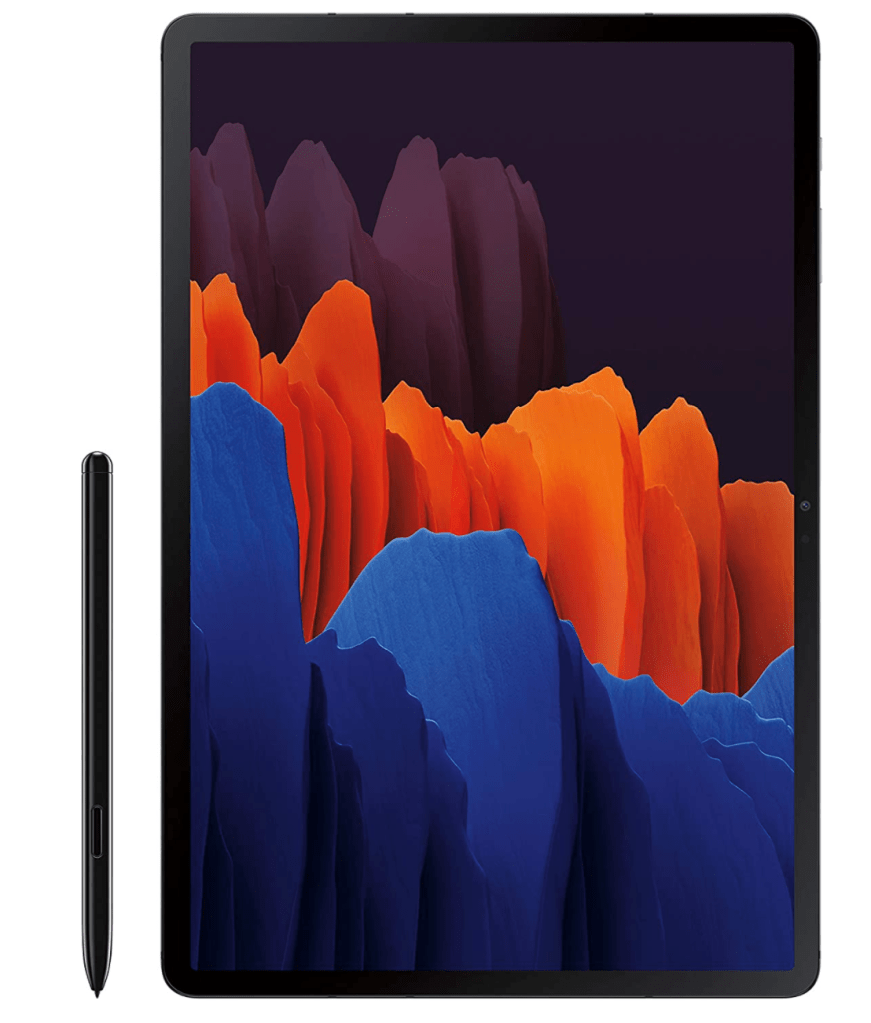 The iPad Pro is basically a small laptop in a tablet’s body with the camera system of top-tier iPhone models. The base model features 128GB of storage, which is as good as the most highly rated laptops. The liquid retina display, which you can write on using a stylus, looks incredibly sharp and vivid. And the 10-hour battery life will last you virtually all day whether you’re binge-watching videos or taking pictures with the dual-lens 12MP wide and 10MP ultra-wide camera system. On top of all that, it’s slim and light enough to slip right into your bag.

Like all Apple products, it’s easy to use whether you’re a tech-savvy member of Gen Z or an AARP card-carrying Baby Boomer. If you add iPad Pro accessories like wireless keyboards to your tablet setup, then the iPad Pro can fully replace your laptop — unless you do creative work, video or audio editing, or gaming. Still, for the average person, the iPad Pro can do almost everything. 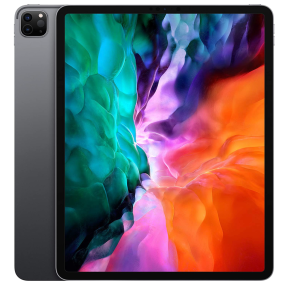 This isn’t the sexiest tablet on the market today, but it gets the job done. The Amazon Fire HD 10 may not be as flashy or come with as much storage as the iPad Pro or Tab 6, but the 12-hour battery life is better than both the iPad Air and Pro. In addition, hands-free Alexa can make navigating through content and apps as simple as talking. It’s one of the best tablets for entertainment, especially when you consider its small price tag compared to other top-rated tablets. If you mostly want to access apps like Netflix, Spotify, Instagram, Kindle and Amazon Prime, then this affordable tablet is more than up for the job. 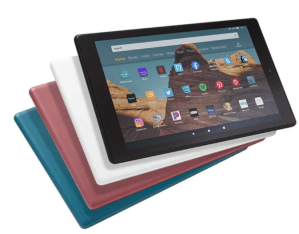 BEST BANG FOR THE BUCK

TCL is better known for its affordable flat-screen TVs, which compete with displays that are much more expensive. But now the company is bringing its “bang for the buck” mentailty to tablets with the TCL Tab. And for a first effort, the TCL Tab is no slouch. It packs a 2.0 GHz octa-core CPU, 3 GB of RAM into an 8-inch, 1080p display, making this an excellent choice for reading or streaming. But what we love most is that the battery can provide up to 24 hours of use on a single charge while offering the ability to wirelessly share it’s power with Qi-compatible phones.

The original Microsoft Surface was one of the first functional hybrid devices to exist when it was released in 2012. And while it was better than any hybrid before it, it still made a few too many concessions to truly catch on. But since then, Microsoft has worked to refine that concept and the Surface Go 2 is one of the most polished results yet. Equipped with an Intel Core m3 CPU and 8GB of RAM this 11-inch tablet is built to handle all your media consumption needs, as well as many of the daily productivity tasks that you’d typically call on your laptop for. 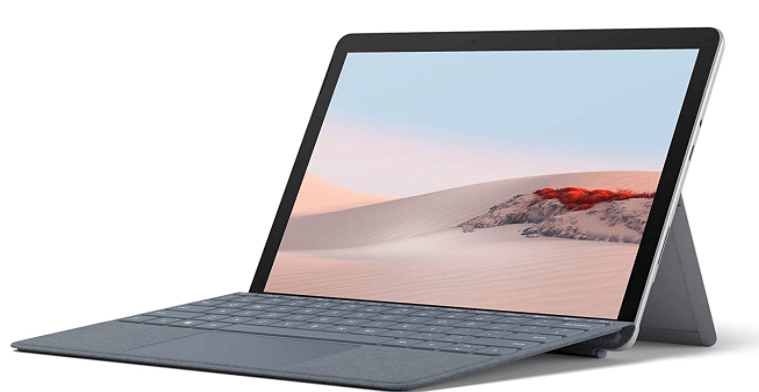 A DIFFERENT TYPE OF TABLET

We were big fans of the ReMarkable Paper Tablet, and the ReMarkable 2 is even better. It’s a digital solution for people who still prefer a pen and paper to typing notes on a keyboard. This tablet and stylus feel as though you are righting on paper, but with the benefits of a cutting-edge tablet. For instance, it can automatically convert handwritten notes to text when you need to send your meeting notes to others. It also allows you to write on PDF documents instead of having to use document signing programs like Docusign. Plus, all of the notes you take are saved to the cloud. The display looks more like a Kindle Paperwhite than a typical tablet, as ReMarkable worked with E Ink on its paper tablet. In short, it’s a different type of tablet, but one that makes writing much more efficient and distraction-free.

Right now the ReMarkable Paper Tablet 2 is only available via pre-order. 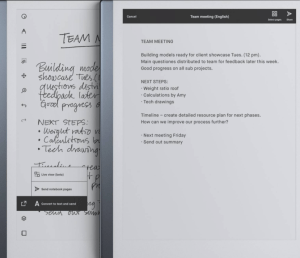 When your kid wants a tablet, but you’re not quite ready to hand over your iPad Pro and let them run wild, the Amazon Fire HD 10 Kids Edition offers both physical and virtual protection. You can limit the amount of screen time and set additional parental controls. But your kiddo still has plenty of access to books, apps, and videos through a one-year free subscription to Amazon Free-Time. It’s actually pricier than the Amazon Fire HD 10, but the extra $50 is worth the childproofing. There’s no shame in hiring a digital babysitter in the form of the best tablet for kids. 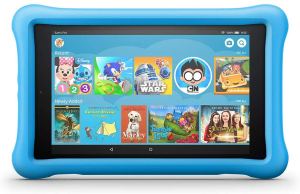 This pricey yet powerful option pairs great with the S Pen to write and markup documents, draw, and take notes right on your tablet. The S-pen even charges when snapped onto the tablet. Pair it with a wireless keyboard, and, much like the iPad Pro, you essentially have yourself a 2-in-1 laptop. The Samsung Galaxy Tab S6 is more affordable than the iPad Pro, and it has a superior 15-hour battery life. If Android is more your flavor, then it’s hard to look past the appeal of the Samsung Galaxy Tab 6. 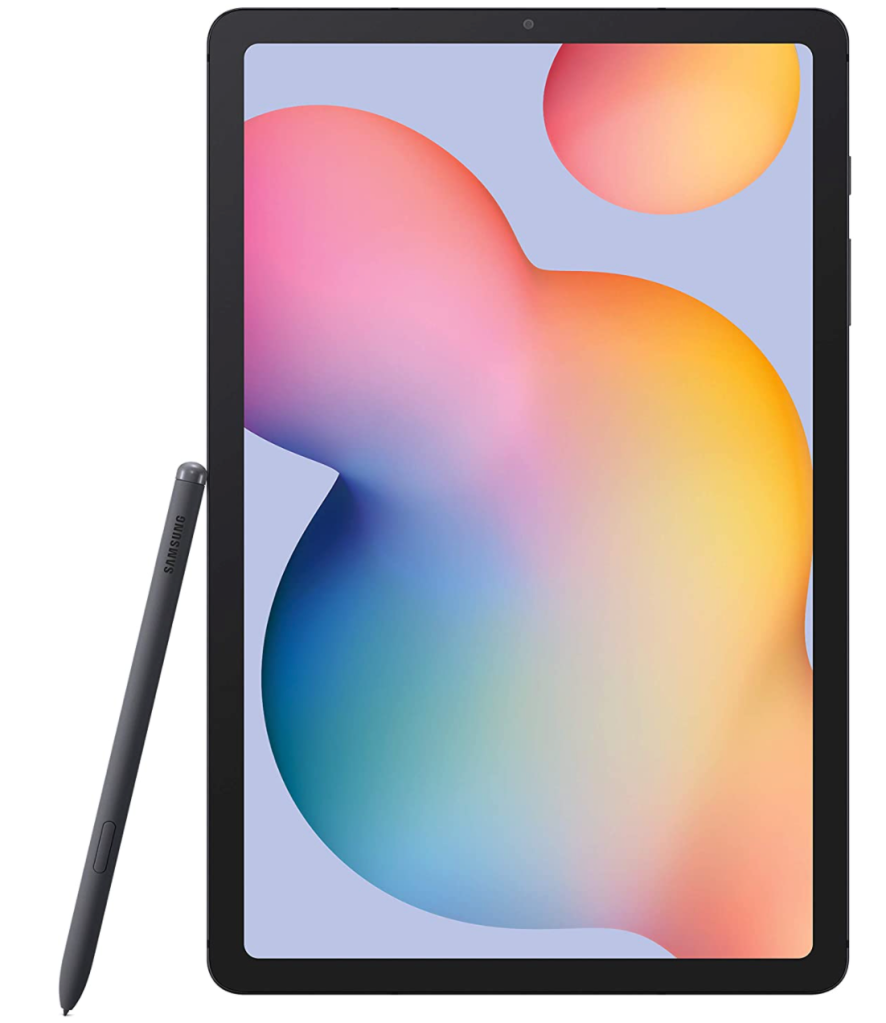 Work Smarter, Not harder with the remarkable 2 paper tablet