Does your entertainment room look like the lost and found box at a RadioShack? Do you have more controllers and remotes than actual TVs or devices? Have the drawers in your TV stand become a labyrinth of remotes and controllers for your DVD/Blu-Ray player, TV, Apple TV, AV receiver and soundbar? If so, a universal remote is a must-have item for you to regain your sanity and simplify your viewing experience.

Universal remotes can be programmed to control every aspect of your home entertainment system and consolidate your system down to one remote. That’s right — you can control your Apple TV hub, Samsung TV, and Denon AV receiver with only one remote. And as technology has advanced, some universal remotes even control components in your smart home, such as smart lighting and locks. Integrations with Amazon Alexa and Google Assistant voice controls can really make your universal remote the central command center of your home.

How To Program a Universal Remote

Stating the obvious here: the easiest way to program a universal remote is by following the instructions provided by the remote manufacturer. But hey, we’re all human, and sometimes we throw away things before reading them. If you find yourself in a position where you don’t have the instructions, don’t worry, all is not lost.

You’ll likely need to pair your remote with whatever device you want it to control. You do this by punching in the device’s code. Here’s a handy dandy website that helps you search for device codes. But if that still doesn’t work, here’s a tried-and-true manual way to program your universal remote:

Step one – Press and hold the button on the universal remote that corresponds to the device you want to pair it with (ie, hold down the AV button for AV receiver).

Step two – Press and hold the power button while still holding the device button and wait for a few seconds before letting go. The power button should come on and stay on.

Step three – Point the remote at the device you want to control and press and hold the power button. If the power on the device turns off, your remote has found the correct code for pairing.

What Else You Should Consider

Before you get started with our product suggestions, you’ll likely see three common types of remotes: IR (which stands for Infrared), hub-based and hybrid remotes. An infrared remote will work for TVs, DVD players, stereo systems and many other AV devices. IR remotes have been around for a really long time, which is why you can find plenty of cheap universal remotes.

However, some newer devices have done away with IR in favor of WiFi. For example, most Fire TV devices don’t have IR, and many (but not all) Roku devices receive IR. If you truly only want one remote, you can get a hub-based remote.

Hub remotes use a secondary piece of hardware, allowing you to communicate with all the components in your home entertainment center and even features like your smart thermostat. There are also hybrid remotes, which use a combination of WiFi, Bluetooth, or IR to send signals. Hub-based and hybrid remotes are more widely compatible but will be a bit more expensive.

Here is a list of the best universal remotes we found.

Combine your Roku device, soundbar and TV with one simple remote. There are 13 programmable DIY buttons to have the settings you use most often readily available. Keep in mind that this remote does not work with the Roku Stick, but it essentially works with all other Roku devices. Roku is already a great media platform; this remote makes it better. 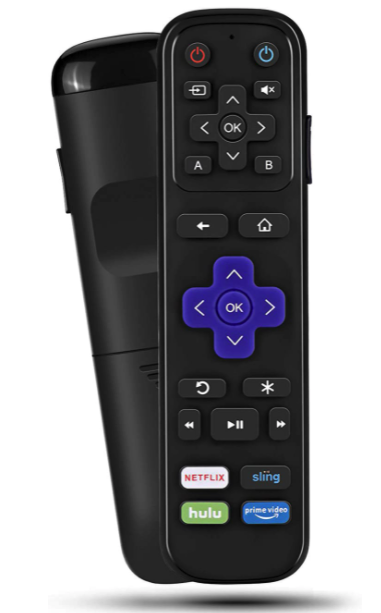 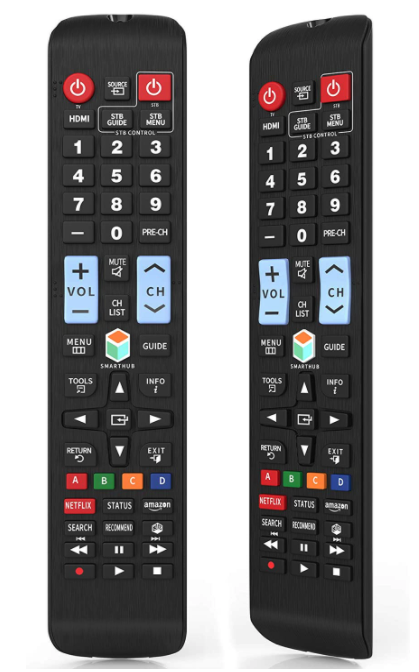 This is not only a comprehensive remote but also one of the more affordable universal remote solutions for an entire home entertainment system. It can be programmed to control up to 10 devices and you can favorite over 20 channels for single-button access. Like the Logitech 950, it is also backlit and has a handy small display. You can essentially wake up your whole entertainment system by pressing “Watch TV,” after it’s programmed. And unlike the 950, you don’t have to shell out a hefty amount of cash for complete single remote bliss. 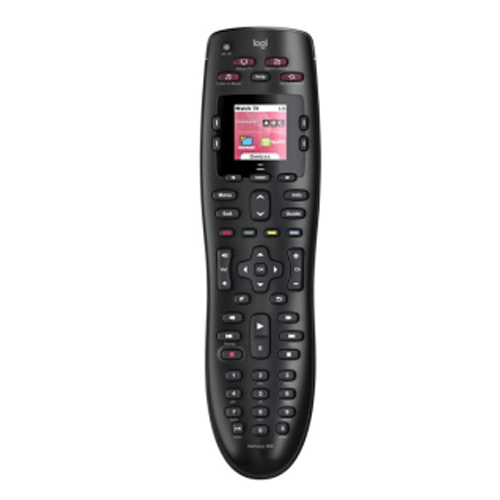 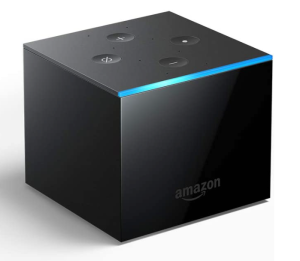 This remote control from Philips has a sleek design with a side panel for controlling inputs and volume, leaving plenty of room for navigation buttons and a number pad. This remote can be paired with up to four different devices. The most unique feature is that on the flip side of the remote there’s a cradle for storing an Amazon Fire remote, allowing you to turn this into a two-in-one remote. Alternatively, you can get a remote that features a cradle for storing a Roku remote. 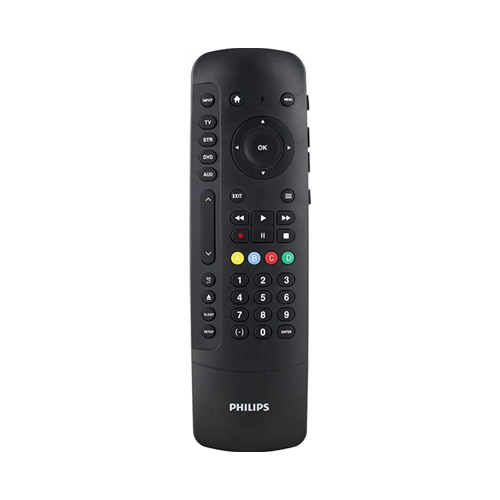 This option from GE is an IR remote built for the streaming age because it comes preprogrammed for Samsung TVs and Roku boxes. It comes in a range of eye-catching colors like rose, silver and gold. It allows you to program up to four different devices, and the large buttons are clearly labeled and intuitively placed. 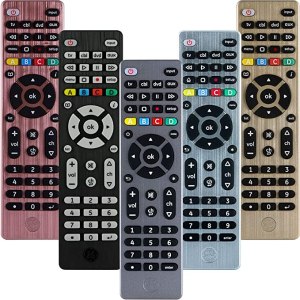 If you don’t have that many devices to control, this universal remote from RCA can connect with up to three devices. It’s a basic IR remote, so it won’t be able to connect to something like a Fire Stick. However, it will be able to connect to Roku and Apple TV boxes. There are preset buttons that make it easier to toggle between TV, DVD player and satellite box. 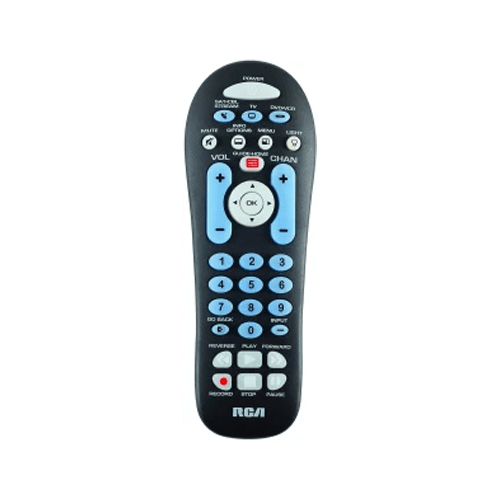 This universal remote isn’t as flashy or feature-driven as the Logitech option we’ve mentioned, but if you want a remote that doesn’t require a Master’s degree to install, this Inset remote is a solid bet. Using a laptop or smartphone, and the Inset website, simply select your devices in a drop-down menu and pair them with the remote. The Inset universal remote connects to four devices and has macro buttons, which can control a handful of functions with one push of a button. 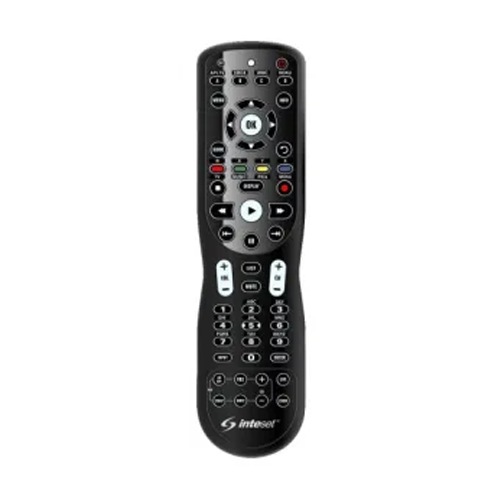 It’s a little hard to call this a true universal remote, because its main purpose is to replace remotes for Samsung LCD, LED, and HDTVs. However, this remote will work with any Samsung TVs, regardless of make or model, which makes it a convenient option for those in the Samsung universe. You won’t need to pair this device, or go through any lengthy installation with this remote, though. It looks and feels, and controls your Samsung TV exactly like the stock Samsung remote would, so there won’t be any sort of learning curve when you are using this remote. You won’t be getting much in terms of smart capabilities; this remote can’t control your smart home devices or use voice commands of any kind — but it should work seamlessly with your older Samsung TV. Simply put, it’s an inexpensive replacement remote if that’s all you need. 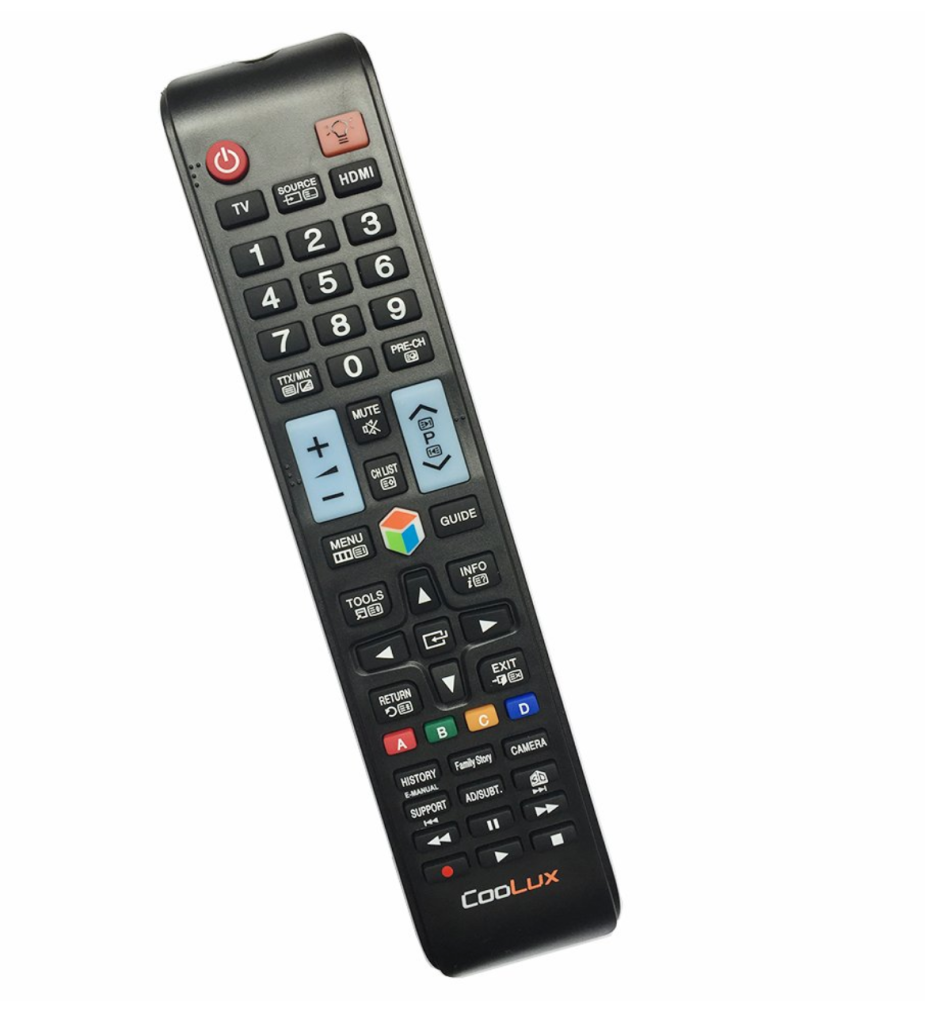 While most remote controls come in black or gray, this remote from GE comes in blue, purple or even pink. The buttons are also fully backlit, making the remote easier to use in the dark. You can connect to up to four different devices, and there are preset buttons for “TV,” “DVD,” “Strm” (for streaming boxes) and “Aux.” Since it’s an IR remote, you won’t be able to use it to control some streaming devices like the Fire TV stick. 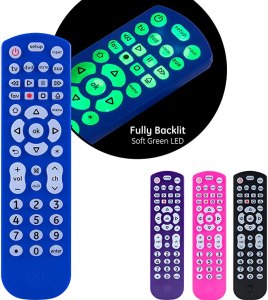 This universal remote from Nettech uses infrared, allowing it to control a variety of media devices ranging from DVD players to TVs to some streaming boxes. However, it’s specifically designed for LG TVs and can pair with most models without the need for any setting. 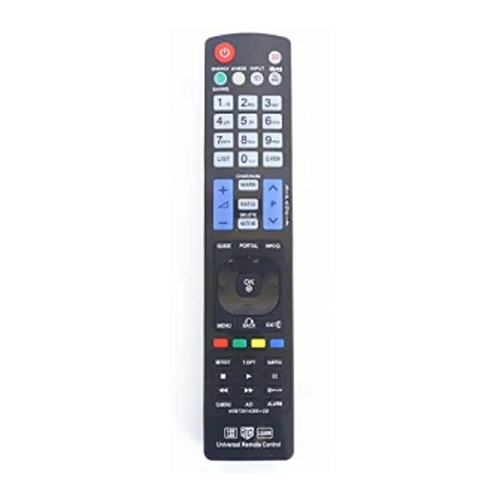 Not exactly happy with your Apple TV remote? The Function101 is an Apple TV remote on performance enhancers. It’s easy to operate and provides complete control right out of the box for your Apple TV and works with most TV sets. No more using your Apple TV for one thing and picking up the remote for your TV to do another. It can even connect to Sonos speakers through the Sonos app. 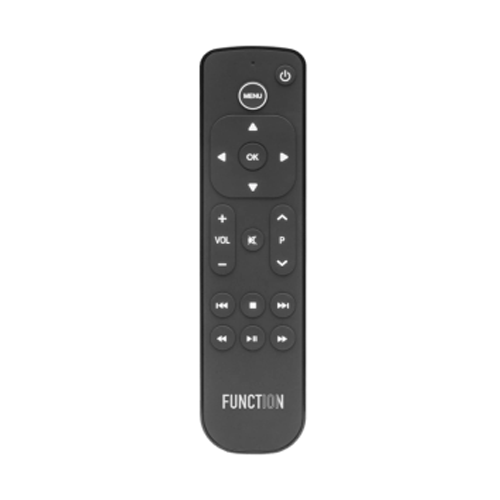 Our phones already do so much, so why not use them to control your smart TV as well? With the best universal remote app, you can. The Universal Remote TV Smart remote app allows you to control TV brands from all the heavy hitters —  LG, Sony Phillips, TCL, Samsung — and even works with Roku and Roku Stick. The best part is the app works through your WiFi, so you don’t have to be close to your TV for it to work. Keep in mind, this won’t control an entire home entertainment theater system, just your TV. 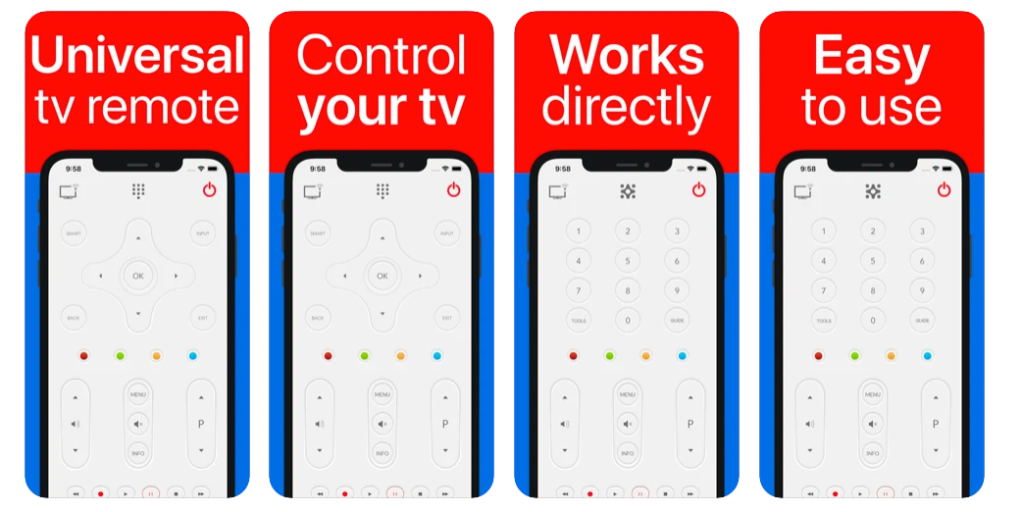