Virtual reality isn’t the same luxury it once was, and that’s mostly thanks to the likes of the Meta Quest 2. You no longer need a powerful gaming PC to be able to play games in VR, and it’s opened everything up substantially. It’s not just the Quest that’s available though, there are more options than ever to check out and plenty of different ways to truly immerse yourself in gaming. There’s even one for the Nintendo Switch now, which is wild.

With all of those options out there it’s hard to know which is the best VR headset for you. Should you default to the Meta Quest 2 even if you have a powerful PC? Should you look into a higher-end model to get the most out of your gaming rig? Or should you be looking at something else entirely? No matter what you’re after, we’ve got a list of the best VR headsets around, and there’s something for everyone here.

Tethered vs. Standalone? Do you want a VR headset hardwired to your PC or gaming console, or a wireless one that lets you roam freely? There are pros and cons to both. Tethered VR headsets rely on the processing power of the PC or console they are wired to, so while the wires may get in the way, if they’re connected to a powerful gaming PC you may get an exceptionally smooth and realistic VR headset for PC experience. Standalone VR headsets give you a full range of motion, but do your research to be sure they come with a powerful-enough internal processor to deliver detailed, smooth graphics, and to see if they require separate controllers or sensors for optimal gameplay.

Is VR Motion Sickness Real? While there’s no medically proven version of motion sickness specific to VR headsets, motion sickness hits everybody differently, and it’s not unusual to get queasy while playing on a VR headset. If you can get to a big-box retailer that has floor models on display, consider taking a test drive before taking on the sizeable price tag of a new VR headset. Or if you’re gung-ho for the virtual reality experience, consider easing in with a less-intense game like Star Trek: Bridge Crew first before delving into the chaotic shooters or flyers.

What’s a DoF and Why Should I Care?  DoF stands for Degrees of Freedom, and it’s a key component of the best virtual reality experience. Most early VR headsets were 3DoF, meaning they only tracked your head’s movements, but not its coordinates in a physical space. The best VR headsets today are 6DoF, which means they track your head’s three degrees of movement (roll, pitch and yaw) and its x, y and z coordinates. There aren’t many 3DoF VR headsets on the market, but it’s worth double-checking that you’re getting one with full 6DoF.

How We Chose the Best VR Headsets

Virtual reality is growing at an incredibly rapid pace, so we’ve tried to include a lot of different options here no matter what your budget or equipment is like. We’re also taking into account things like extra tech needed for them, the comfort level, the visuals, and the experiences on offer. Each of these devices can immerse you in some way, but the best VR headsets are the ones that can help make you forget you’re even wearing them. Whether you’re looking for the highest-end possible version, or you want something a little more affordable, you should be able to find something on this list of the best VR headsets for PC or console.

Virtual reality has approached a point where it’s oh so close to having its true mainstream moment, and it’s the Meta Quest line of headsets that keeps pushing things forward. The Meta Quest 2 is unique from the competition in that it’s a standalone headset that doesn’t require a PC (although you can wirelessly link it to your PC to play Steam VR titles), and doesn’t need your phone to function as the screen, giving you a truly untethered experience. The Quest 2 isn’t a staggering upgrade over the original Quest, but it’s upgrades are meaningful.

The visuals, which now offer an improved resolution of 1832 x 1920 per eye, and support for a native 90 Hz refresh rate, mean that this headset is on par with the best headsets when it comes to visual fidelity, although its field of vision isn’t quite as good. It also has some extra processing power in the form of the Qualcomm Snapdragon XR2 chipset, which is optimized for position tracking and VR resolutions, as well as 6 GB of RAM (compared to 4 GB in the original Quest). Given that the amazingly low $299 base price includes the controllers, there is simply no better way to get into VR in 2022 and it’s our pick as the best VR headset.

Don’t believe us? Believe the numbers: the Meta Quest 2 has a positively ridiculous 78 percent share of the VR headset market. Sometimes there is something to be said for going with the crowd. 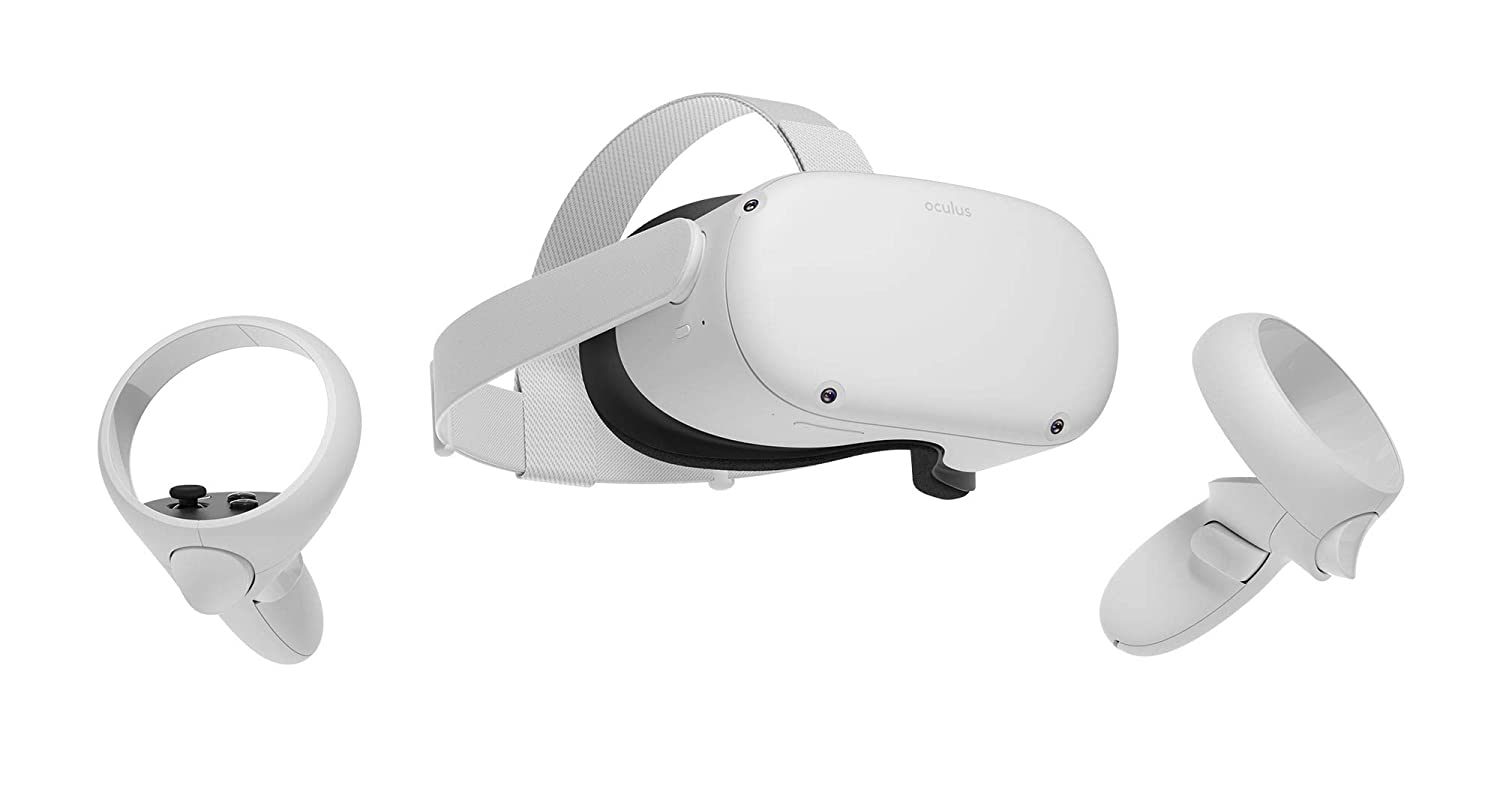 For those who already own a PS4, this VR headset is a must. The available VR video game catalog on the PlayStation VR is tough to beat. With titles like Borderlands 2 VR, Creed: Rise to Glory and over 500 other games to choose from, you won’t be at a loss for entertainment. And if you have plans to buy a PS5, this headset will still be compatible with your shiny new console (whenever you get one). When you’re done playing games and want to relax, you can turn on a movie and enjoy the headset that way. Even if you don’t have a PS4, you can buy a PS4 and the VR headset (which also comes with controllers and a camera tracker) for less than other VR headsets alone. 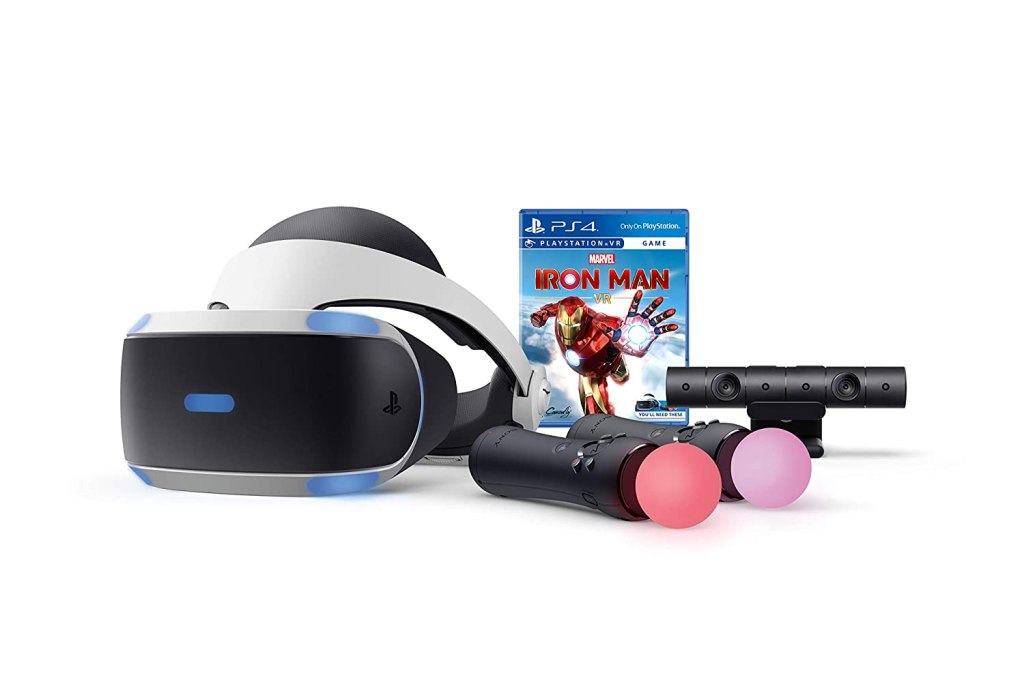 If money is no object and you want top performance, the Valve Index is what you’re looking for. It’s comfortable, has a wide field of view, a 90 Hz refresh rate and sports incredible graphics and smoothness. The big kicker is the strap-on controllers that track the individual movement of your fingers, providing even more immersion into your gameplay. A few downsides include the need for a powerful gaming computer to get the most from the Index, and updating it can cause pauses in gameplay. If you can look past those, and the $1,000 price, this is one powerful VR headset.

The HTC Vive offers high-caliber resolution without the need for external sensors. Boasting 1440 x 1700 resolution per eye, the gaming experience is nothing short of stunning. The motion controllers are rounded and ergonomic, making them comfortable to hold for long gaming sessions. There have been complaints about the cable that connects to the computer being a bit unwieldy. For a cable-free experience, we recommend the Meta Quest 2, but if you want the hyper smooth and sharp graphics that only a tethered VR headset can provide, the HTC Vive Cosmos is easily one of the best VR headsets for sale right now.

Some people are natural builders and creators by nature. If you’re one of those people, and you happen to own a Nintendo Switch, the Labo VR kit is right up your alley. You actually build all of your controls, or, at least, the components your joy-cons attach to. That includes your VR headset, which is similar to Google Cardboard, but more comfortable and sturdy. Each toy-con you build has associated games along with it, so it’s not like you have access to an extensive library like Playstation VR. It’s a clever take on VR that Nintendo Switch lovers should all give the ol’ college try.

The HTC Vive Cosmos Elite is virtually identical to the Vive Cosmos, but there is one key difference that could be a dealmaker for advanced VR users: The Cosmos Elite ships with a special faceplate that allows the headset to work with external trackers. For most people, the benefits of using external sensors to track your movement (which is to say, added precision) probably won’t outweigh the hassle of setting up the external tracking sensors. But for those who really want the ultimate Vive experience, this is the headset to buy. And for owners of the original Vive Cosmos who want to get in on the fun, you can also buy the faceplate for $199, and the sensors for an additional $199 apiece.

The HP Reverb G2 is a newer headset that offers a solid mix of visuals, audio prowess, and comfort. It’s actually one of the more comfortable headsets too thanks to a plethora of upgraded features to adjust to different eye distances and face and head shapes. It features 2160 x 2160 LCD panels for strong visual performance, and follows footsteps in the Meta Quest 2 in that it doesn’t require trackers. It does, however, require a fairly powerful PC to actually get the most out of it, so keep that in mind. 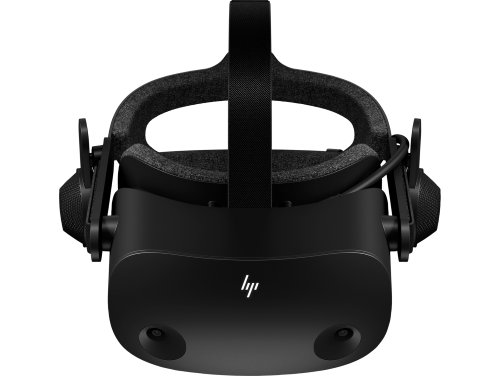 Updates: This article was last updated on Monday, June 6, at which time we added the VR Headset FAQ and marketshare information.

Everything We Know About the Xbox Series X So Far