Whether you want to upgrade your current Xbox One controller or you simply need another one for when you have company over, these Xbox One controllers will do the trick. Controllers such as the Xbox One Elite Series 2 and Razer Wolverine Ultimate: 6 provide extra customizability for serious gamers, while a PDP Wired controller is a basic, yet affordable option.

And for those of you who aren’t that gnarly when it comes to gaming? Well, you want to play with friends when they come over, right? Of course. So for the less intense gamers, we’ve got some extra controllers for you too. They’re basic but they get the job done. Also, they’re not terribly expensive either.

Ready to level up your gaming experience? Check out our picks for the best Xbox One controllers.

If you take gaming seriously­­ — enough to spend almost $200 on a controller — this is a worthy investment. Microsoft’s Elite Series 2 Xbox One controller puts the gamer in total control. Everything is adjustable from the tension of the joysticks to the weight of the triggers. You can prime the Elite Series 2 to your exact specifications. Now it features a USB-C charging port, something that was missing with the previous version. The rubber grip was even improved upon from the previous generation, making this the most comfortable yet grippy controller around. This Xbox controller is a gaming masterpiece, but it is certainly priced that way, too. 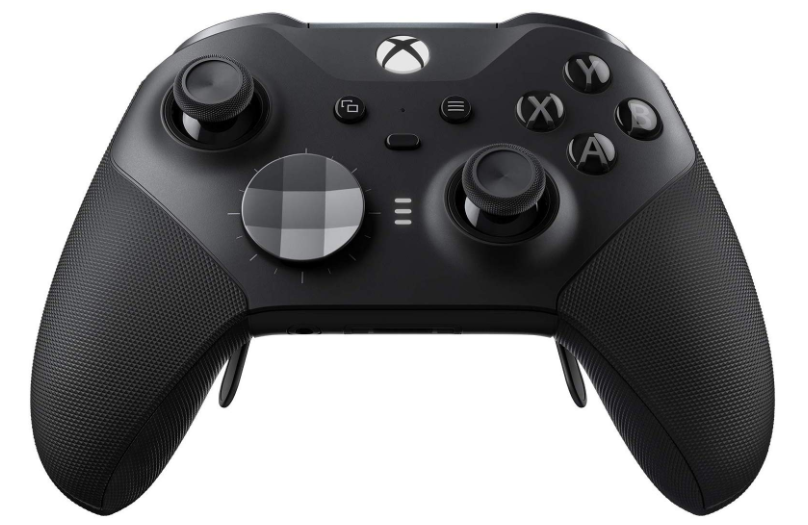 The Xbox One Wireless Controller (also from Microsoft) is the tried and true option for Xbox One. There are subtle improvements from the first Xbox One controllers. The bumpers’ design has improved, which makes them easier to press, and wider triggers are easier to pull. Most players love the simple layout of the offset thumbsticks and elongated handles that rest comfortably in your hand. And marathon gamers appreciate having batteries that can last for several weeks before needing to be replaced. These controllers can also be wired into your system if you find yourself without a spare pair of AA batteries. If it ain’t broke, why fix it? That’s why the Xbox One Wireless Controller is still one of the best available for the system. 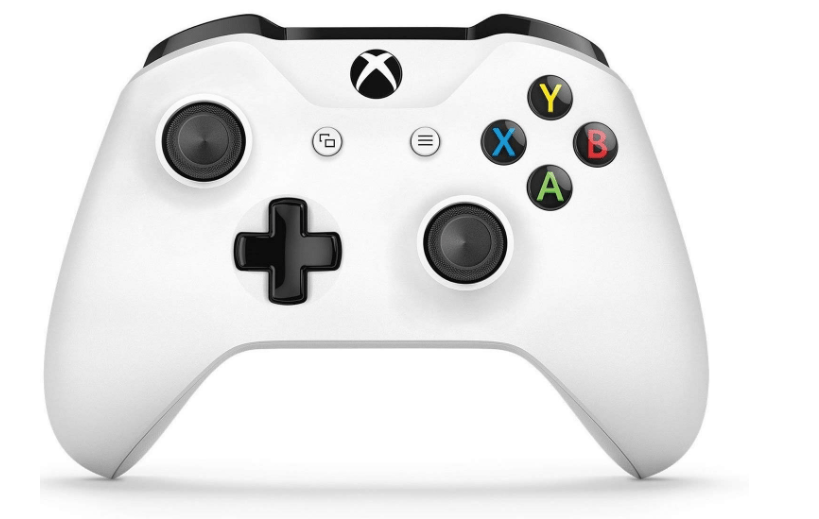 The Razer Wolverine Ultimate: 6 is the more customizable version of the Tournament Edition. You get the same customizable lighting, but everything else is customizable as well, similar to the Elite Series 2. It comes with interchangeable thumbsticks and D-pads, all of which can be finely tuned for tension, sensitivity and responsiveness. Buttons can also be programmed to have multiple functions, giving you greater control during gameplay. Even the vibration setting can be intensified or reduced depending on your preference. It’s a great option for serious and professional gamers that offers an ultra-customizable controller like the Elite Series 2, but for a little less green. 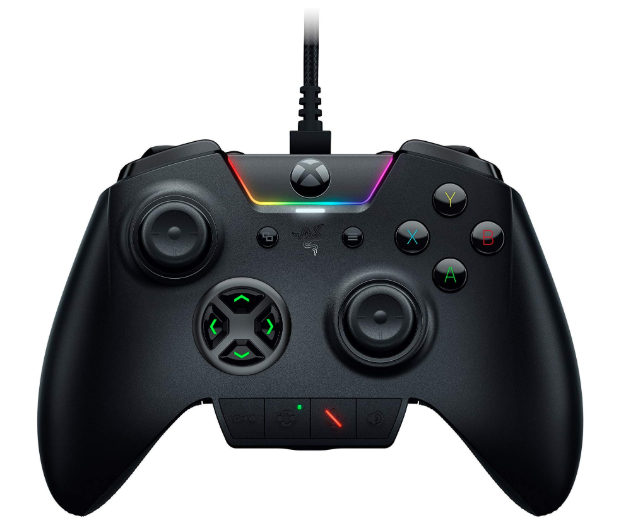 If fighting games are your jam, there’s no better way to experience them than with the Razer Dragon Ball Arcade Stick. This brings the feel of the arcade back into your home except you get to play on your 65-inch TV and Xbox One console. And if you’d like different components, you can open it up with a screwdriver and essentially swap out the joystick and buttons with ease. 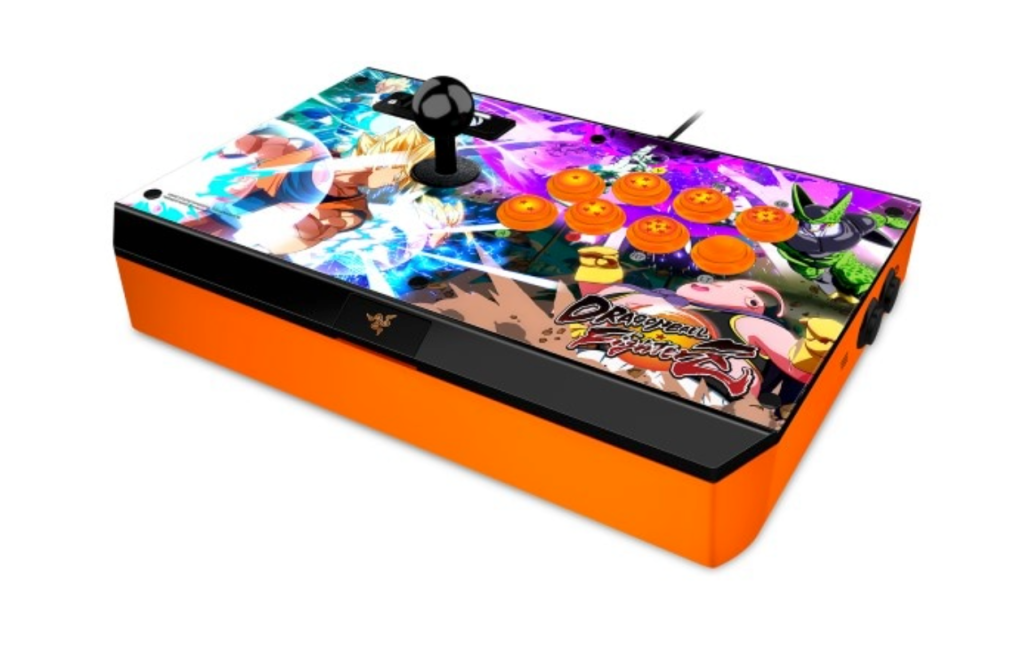 Another great option for those who choose to test their skills in the fighting game arena, the PowerA Fusion has a comfortable D-pad to give gamers the advantage in fighting games. But even when you want to play something else, there is a three-way switch that lets the D-Pad emulate a thumbstick. The overall shape of the control is more reminiscent of a Sega Genesis controller and suitable for those with smaller hands. 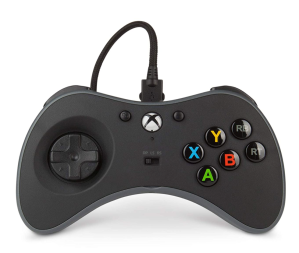 Whether you are playing Ace Combat 7 or Star Wars Squadrons, nothing quite beats the gaming experience of having an actual joystick and throttle to pilot your plane. You can adjust the tension of the throttle to your liking, making it feel like the real thing. And you can separate the throttle from the joystick to get things oriented to the way you like. There are 14 action buttons on the joystick including a rapid-fire trigger to take care of rogue planes coming your way. 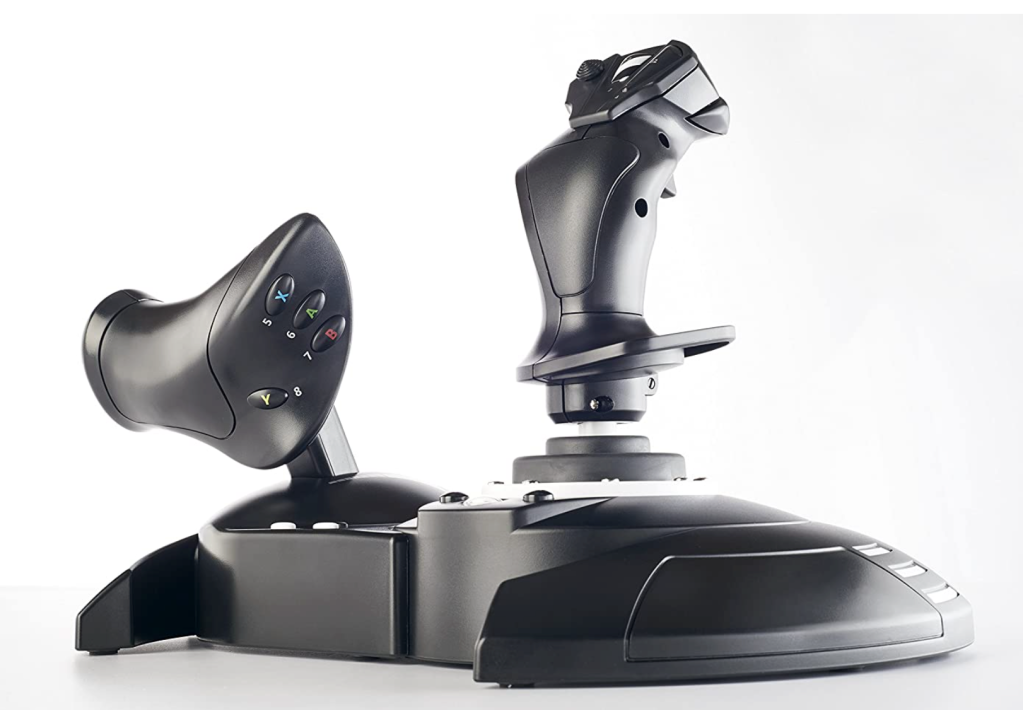 The Razer Wolverine Tournament Edition provides gamers with that competitive edge they’ve been looking for. Simply click the Competitive Edge Switch for Hair Trigger Mode, which makes the triggers more sensitive and responsive. The buttons are also remappable and can be programmed to have multiple functions that help you quickly go through game menus and profiles. The functionality isn’t the only thing that is customizable. The Chroma lighting can be adjusted to show off your personal gaming style. Show your opponents you aren’t messing around with the Razer Wolverine Tournament Edition, one of the best Xbox controllers that aren’t made by Microsoft. 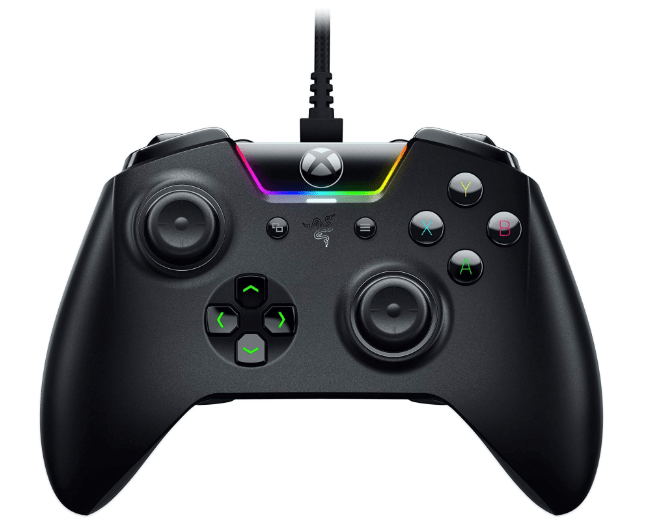 There’s an old saying, “when you feel good, you play good,” and there are few Xbox controllers out there that are as comfortable to hold as the Scuf Prestige. The plastic is lightweight and smooth but doesn’t feel cheap. But the real bread and butter is the back of the controller. The paddles on the back of the controller are perfectly positioned and give you ultimate control. And if you want to customize the look, you can swap out the faceplate and analog sticks. 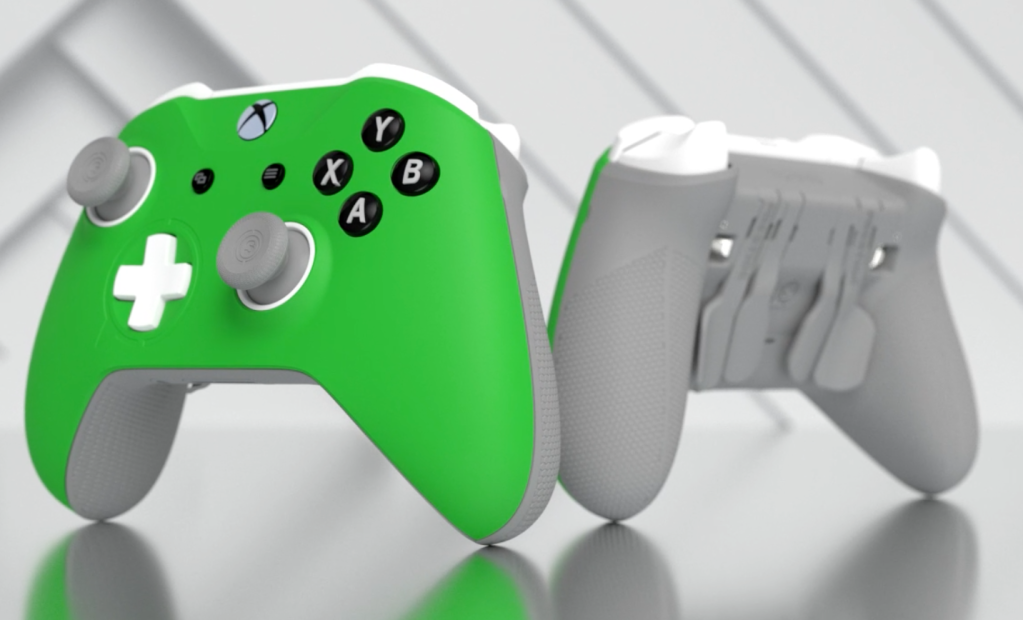 BEST FOR PLAYERS WITH DISABILITIES

Microsoft designed this accessibility controller for those with limited function, mobility and dexterity. Too often gamers with disabilities have been shut out of the console gaming world due to a lack of disability-friendly controllers. For this reason, the adaptive design makes this one of the best Xbox controllers around. The controller is fully customizable. Additional buttons can be added through ports on the back of the controller. This allows the controller to adapt to any game and provides the player with all the controls they need. The controller also comes with a nine-foot charging cable, so gamers can continue to play without having to put down the controller. It’s a wonderful idea for those with physical challenges and can bring joy to gamers who otherwise wouldn’t be able to play with standard controllers.

The PDP Wired Controller is for those who just need a good, functional controller for a friend. This no-frills controller does have some customization ability though. Using the proprietary PDP app, you can remap buttons and also troubleshoot your controller if issues arise. You can also change audio levels when you are chatting with others online through the controller. The controller itself has grippy thumbsticks which help reduce slippage. Otherwise, it’s a pretty standard Xbox One controller at a reasonable price. 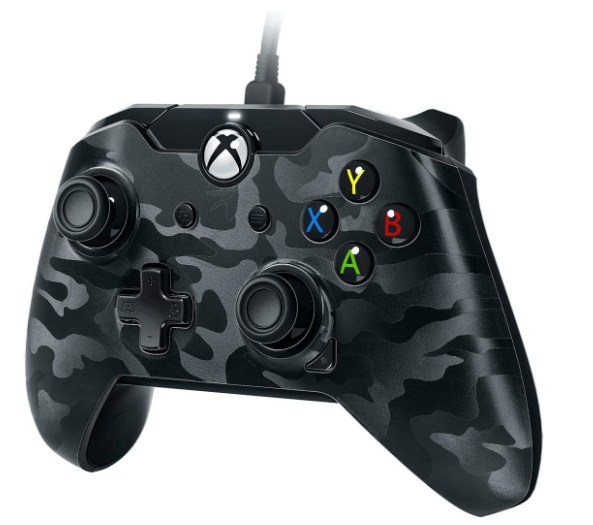