Though it may look cool, this bracelet is not just for looks. In fact, it’s a literal power bracelet. A less soul-corrupting distant cousin of Tolkein’s “ring of power?” Perhaps. But while it may not make you invisible or turn you into a Gollum, this refined, simple accessory can help you keep your phone charged on the go.

With a vaguely 90s-inspired, Bauhaus-influenced design aesthetic, the unisex portable charging bracelet comes with a hidden LED indicator and a hidden lightning cable, letting you charge your iPhone up to about fifty percent in as little as forty minutes. The bracelet itself charges quickly and includes the necessary cable. 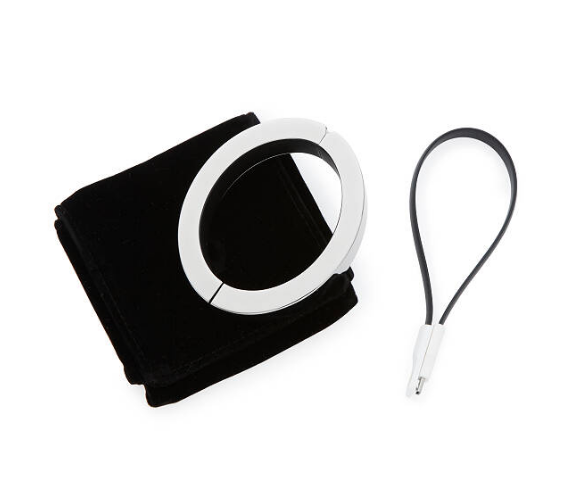 Not only is it useful as well as ornamental, but this phone charging bracelet solves one of the biggest pitfalls of those on-the-go power packs we so often buy, namely, it’s easy to actually have the phone charging bracelet with you and not forget it in some random bag or leave it at home because you didn’t need one more thing to carry. The phone changing bracelet’s true power is that it’s literally attached to you, making it easier not to leave your spare electricity behind.

The phone charging bracelet, with its sleek minimal design, is at home with a broad range of looks, from the semi-formal to the “athleisure.” A great gift, especially for those among your family and friends whose phones never seem to last the night.

The Best Hacks For Battery Life