At Apple’s most recent event, the tech giant announced the launch of their brand-new Studio Display, a $1,599 5K monitor meant to offer a more budget-friendly option than the $4,999 Pro Display XDR. That said, it’s designed to pair with the Mac Studio, a $1,999 machine. That means you’re already dropping $3,600 before software just to purchase this setup. Sure, you can use the Studio Display with some newer MacBooks, but it’s still an incredibly expensive display that has limited feasibility — especially when it doesn’t necessarily work with Windows PCs. 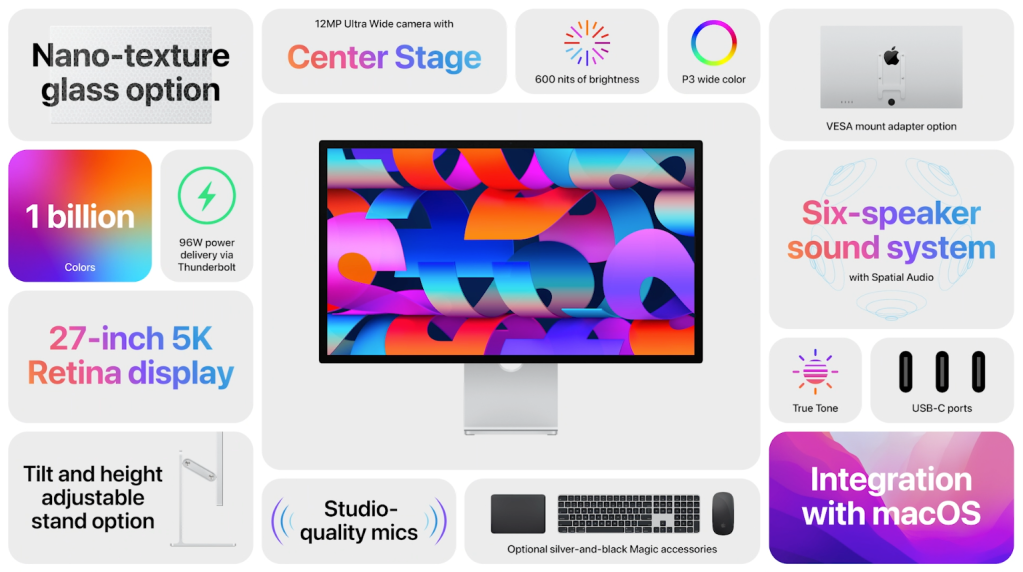 The announcement was met with a lot of excitement from die-hard Apple fans, but critics had a different response. Engadget’s Devindra Hardawar, for example, said “Apple is seemingly oblivious to the display market in 2022.” He cites the fact that additional options, like a height-adjustable stand, don’t come by default; instead, buyers have to shell out an additional $400 just for a more operational stand. The same holds true if you want a VESA mount. There is a slew of additional options you can add on that will drive the price even higher. So what’s the good news? Well, the display isn’t terrible.

The Studio Display isn’t a slouch by any means. At 27-inches, it sports a 5K retina display and a 5120-by-2880 resolution at 218 pixels per inch. It has a maximum brightness of 600 nits, and support for up to one billion colors combined with True Tone technology. Pair this with the fact that it has a built-in 12 MP ultra-wide camera with a 122-degree field of view and you have a display that’s perfect for the working professional, at least on paper. You won’t want to use this camera for recording video, but it’s just fine for video conferencing.

Its audio quality is equally impressive. With a six-speaker system and a three-mic array, you can edit audio as well as you can edit video (or just blow your colleagues away in Zoom meetings without the need for a high-end mic).

It has a single upstream Thunderbolt 3 port and three downstream USB-C ports that support up to 10 GB per second for peripherals. The basic stand can tilt between -5 and 25 degrees.

The Studio Display is Apple’s current subject of hype, and for good reason — but these features just don’t seem like enough to justify the price point, especially when it lacks many of the features that other high-end monitors include standard.

The consideration is dampened even more when you consider the fact that a high-end display like this lacks HDR. Any machine designed for graphic and video rendering should be able to properly show HDR in real-time, and its exclusion from the Studio Display seems like a poor oversight at best. It’s one corner that should never have been cut when bringing down costs.

By the time you add on all the additional features like height adjustment and the glare-reduction screen, you’re looking at a total cost of $2,299 (or $191.58 per month if you want to go through Apple’s financing plan).

Just take a look at some of the reviews for the Studio Display. Joanna Stern from the Wall Street Journal says “you won’t get what you pay for.” The Verge says there’s “nothing to see here.” Tech Radar calls it “already redundant.”

Don’t Worry, Here Are Some 5K Monitors to Consider Instead

High-end monitors are relatively commonplace. Although many still carry a high price tag, you can find a lot of 5K monitors that will provide you with the same level of performance without the Apple tax attached.

Right off the bat, the Dell UltraSharp sets itself apart with a 49-inch curved display. It’s big, beautiful, and clear, with a maximum brightness of 350 nits and a resolution of 5,120-by-1,440. It has a 5ms response time. It also supports Picture-in-Picture from two PC sources at once, allowing you to multitask with ease. The Dell UltraSharp 49 Curved Monitor packs all of this into a $1,275 package — $325 less than the Studio Display.

The UltraSharp doesn’t support HDR and isn’t height-adjustable, but if you need a large amount of screen real estate and the 27-inches offered by the Studio Display isn’t enough, consider this monitor. 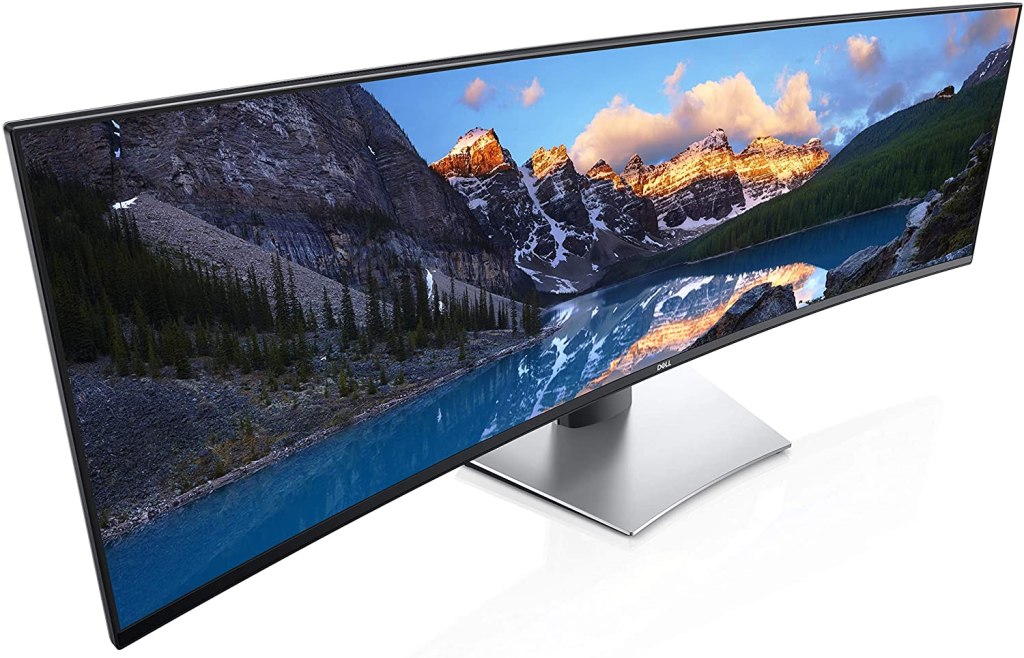 The MSI Prestige is smaller than the UltraSharp, clocking in at just 34-inches — but it’s also more competitively priced at $989. With a 5,120-by-2,160 resolution, it displays a clear picture with 98% color accuracy. It also has Picture-in-Picture and Picture-by-Picture support to view content from multiple sources simultaneously, making it a fantastic choice for creators with a more limited budget who still need high-performance displays. 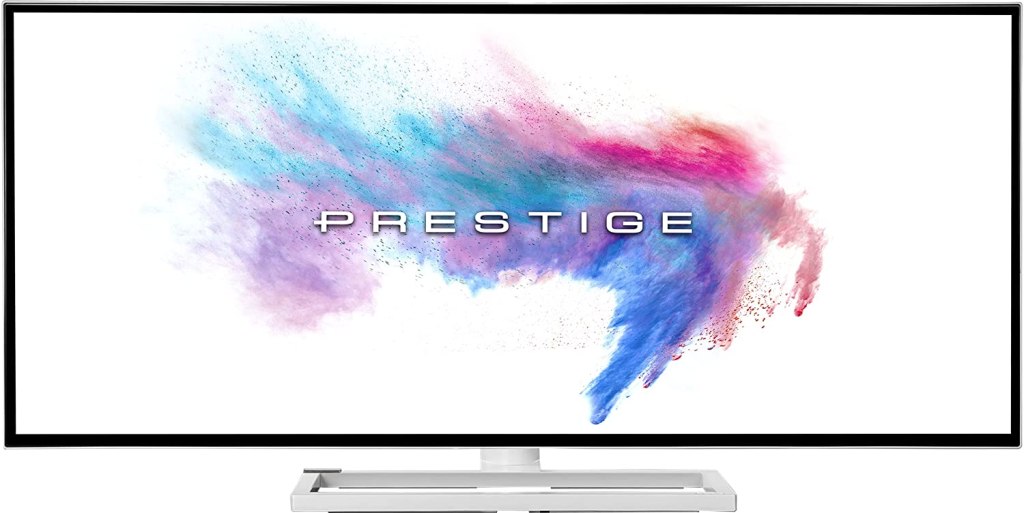 It’s a 27-inch display with three USB-C ports and a Thunderbolt 3 port, as well as built-in height adjustment. It also has a built-in camera and powerful speakers. If you want something that allows for more flexibility between operating systems, the LG UltraFine is a great choice. 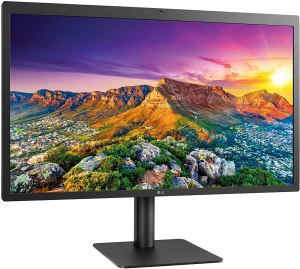 If you’re in the market for a gaming-focused 5K monitor, look no further. At $999, the Samsung CRG9 is a solid $500 less expensive than the Studio Display while retaining many of the features that make it great. It’s a curved monitor and 49-inches wide. It supports HDR content and has a 120-hertz refresh rate; for those gamers out there, it’s AMD FreeSync 2 compatible. It has a maximum brightness of 1,000 nits, far outstripping the Studio Display, and the QLED technology brings colors to life on-screen.

There are also Flicker-free and eye saver modes built-in for long use sessions, whether you’re creating content or just playing your favorite games. 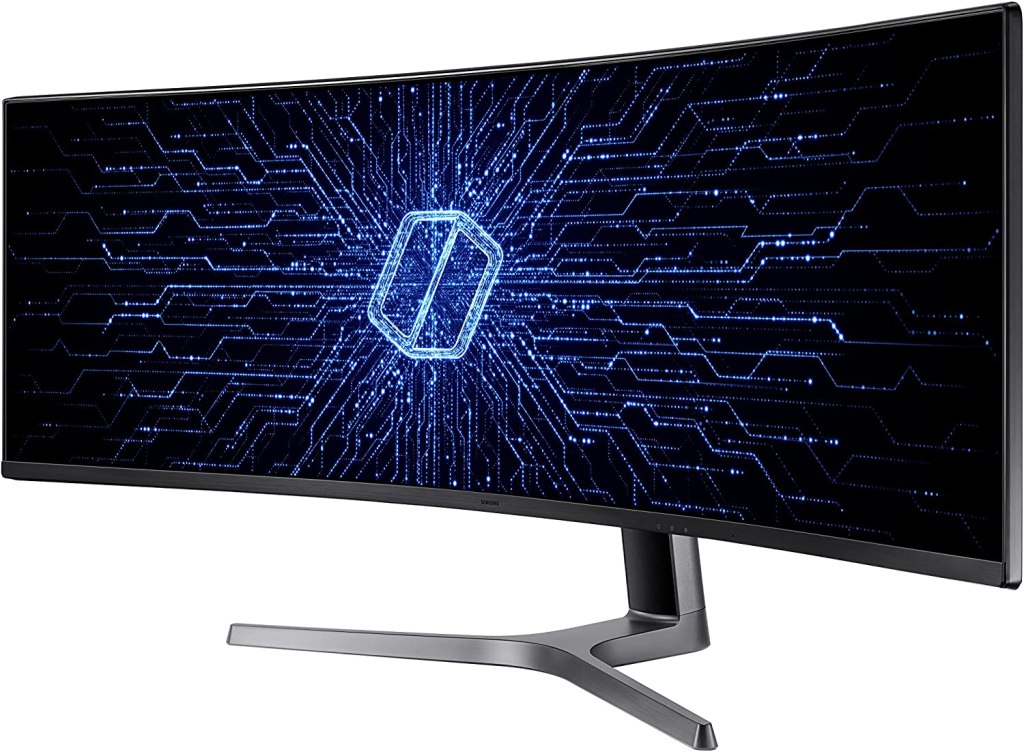 The Sceptre 49 is the best 5K monitor for those on a tight budget. At just $900, it’s much more affordable than other options on this list, but still has a 5,120-by-1,440 resolution across a 49-inch display. Multiple HDMI ports make it compatible with a wide range of accessories, and the 60Hz refresh rate displays content as it happens. There are also built-in speakers that, while not as clear as a dedicated speaker, will suffice in a pinch. 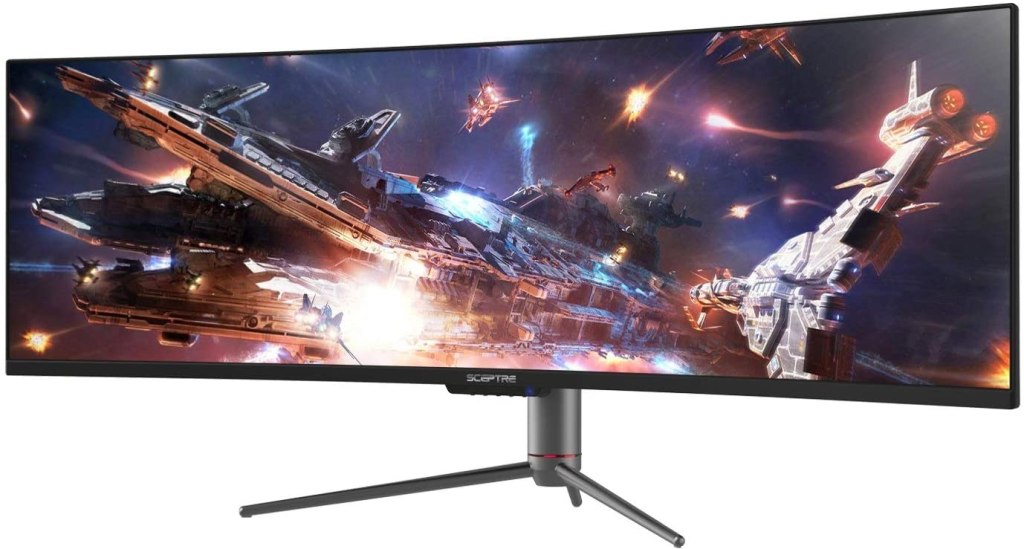