Like other mechanical gaming keyboards, the Element V2 makes use of RGB LED lighting. But unlike most other options, it comes with proprietary drivers — developed by Whirlwind FX — that can analyze what is on your screen or what is happening in the game your playing, and turn your keyboard LEDs into an extension of the screen. While there have been some other types of devices that have done similar things, there hasn’t been a keyboard that can do what the Element V2 promises (at least, not nearly to the same extent). 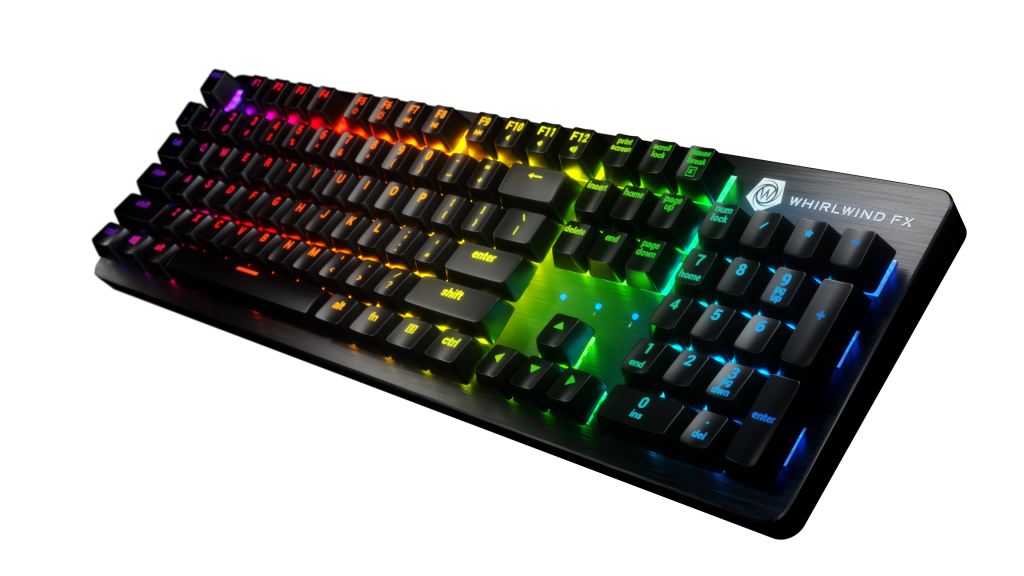 So what this means in practice is that if you’re playing a game, as you move through a map, or a world, or a level, the colors of the keyboard will mimic not only the colors of the on-screen environment, but your movement through them. Furthermore, the game can trigger special lighting sequences on the keyboard, like flashing red when your health is low, or flash green when you gain a powerup.

What’s more, is that this is just the start. Signal RGB wants to be compatible with an entire ecosystem of RGB devices accessories such as products from major players like Razer, Asus, Corsair and more. This means that eventually, your mouse, headphones computer tower and lamp could all be part of the dynamic light show.

Of course this is an ambitious idea. So we’re sure you’re wondering: Does the Element V2 gaming keyboard make the grade?

As a straight up keyboard, the Element V2 is nothing but quality. The build quality is rock solid without feeling over-engineered or packed with too many features. And It has a nice heft to it without being too heavy. Available with your choice of Cherry MX switches (blue, brown, red), the Element V2 can be as clicky or quiet as you desire. But whatever your preference, this is a keyboard with a well-considered 104-key layout. And this should come as no surprise, consiidering that Whirlwind FX has a well-established history of making quality mechanical keyboards. 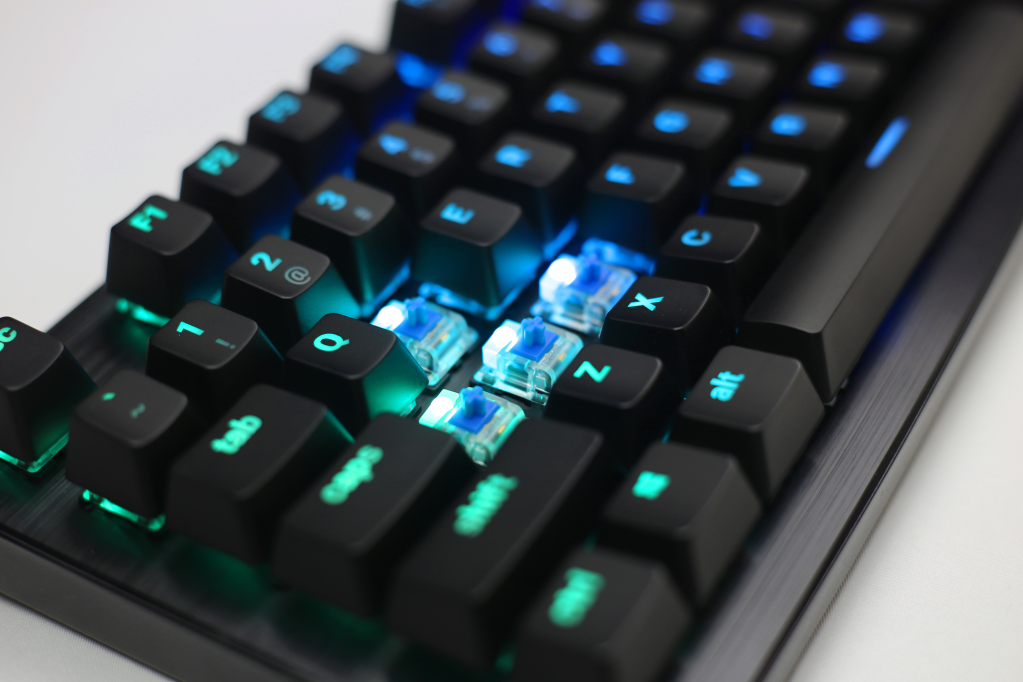 But the real showstopper here are the LEDs, and I found myself more impressed with them than I would have thought. It’s not an overwhelming effect, but when you do actually notice the lights in sync with the game, it really makes things more immersive. (Protip: Playing a flashy game like Doom Eternal in the dark really makes the ambient glow of the keyboard pop even harder).

And what’s nice is the extent to which you can customize the settings for the Signal RGB engine. Do you want the keyboard to mirror a specific part of your monitor? You can do that. Want to enable or disable some game-specific special effects? You can do that too. And when you’re not playing games, there are a number of dynamic themes you can load up on your keyboard (including one that mimics the falling green text on the title screen of The Matrix).

Despite being a pretty new platform, Signal RGB’s support for games here isn’t totally barebones either. You can find dozens of compatible products, as well as games with integrations, and Whirlwind FX promises that it’s only the start.

Make no mistake about it, the Element V2 is a quality keyboard. That said, for a $99 product, we would have loved to have seen some extra features such as a hardware volume knob or more options for angling the keyboard on a desk. 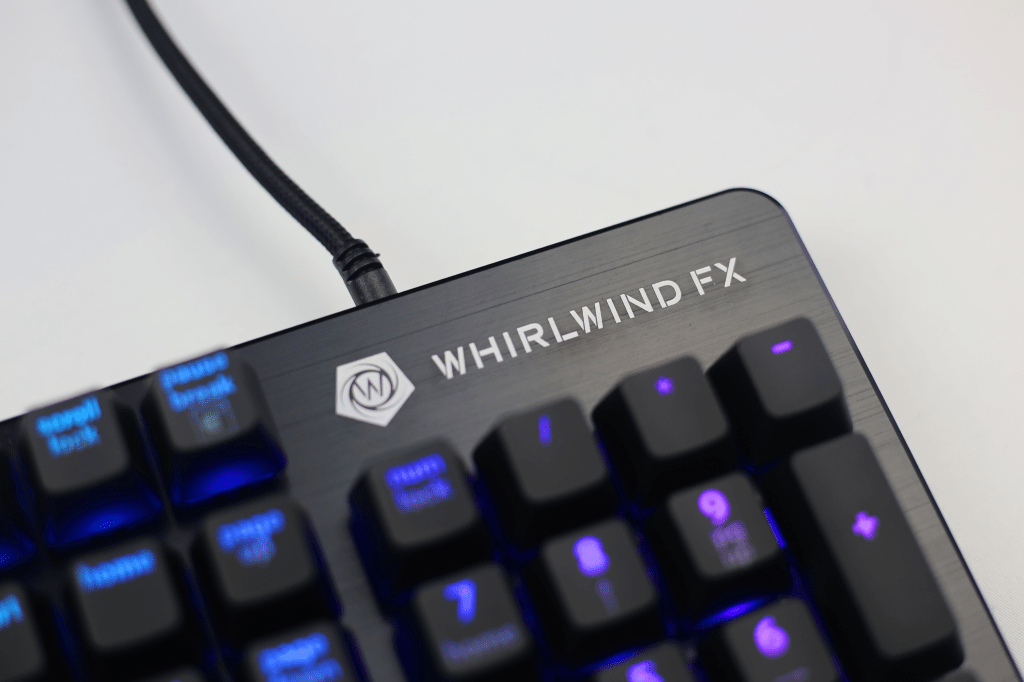 And while the Signal RGB platform has a surprising number of products that are compatible with its FX engine, most of those products come from a small handful of brands. This means that for many of you, your other RGB accessories won’t sync with your game just yet. While we expect that to be less of an issue as time passes, you might have to settle for the keyboard being the only active accessory for the foreseeable future.

Verdict: A Most Worthy Splurge

If you are a somewhat hardcore PC gamer and you have the budget to splurge a little, it’s hard not to recommend the Whirlwind FX. Sure it’s a little pricey, but not nearly as extravagant as some other premium gaming keyboards that are out there. Combining the sort of quality and refinement that comes from experience with actual innovation, this feels like a feature that other PC accessory makers will be trying to mimic in the years to come. 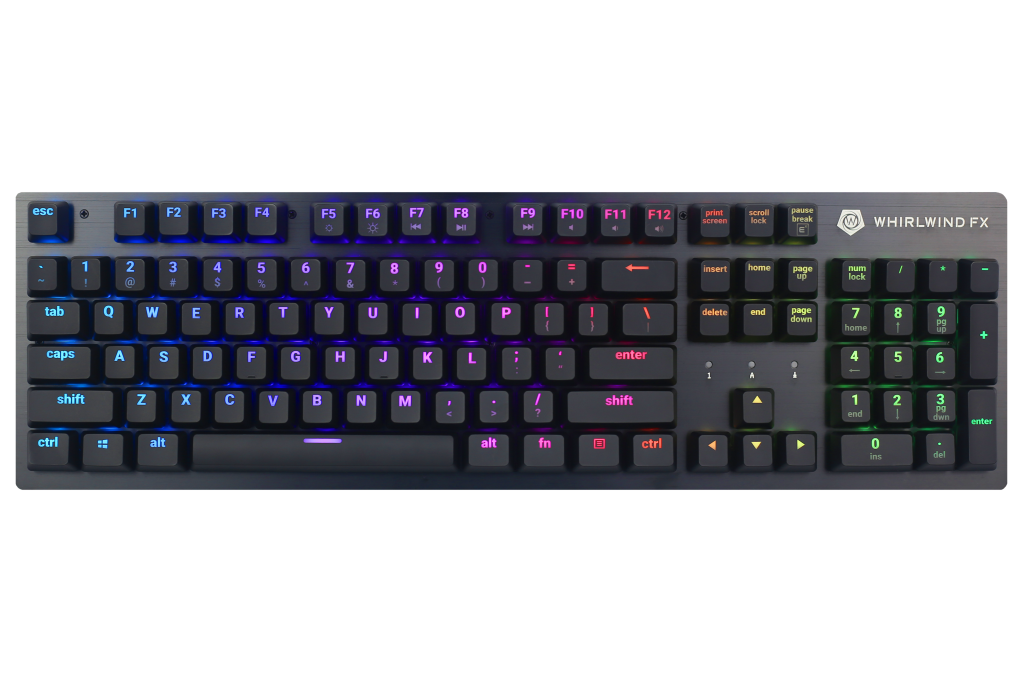 The Best PC Gaming Accessories You Can Buy in 2021